Period fans were well-catered for by The Waltons and Little House on the Prairie, and Dallas ruled the soap opera waves, even creating enough of a swell for Knots Landing to spin-off in its wake. Competition would soon arrive, though, in the shape of Dynasty, one of a number of new shows for the 1980 Fall TV season which also included future hits Magnum, PI and Hill Street Blues, as well as future glancing blows Bosom Buddies and The Greatest American Hero. But what of the shows that didn’t make such an impact on their arrival? This is the story of four more failures from the 1980 season…

Private Benjamin (CBS): At first glance, it may seem harsh to condemn Private Benjamin to the virtual filing cabinet marked “Telephemera” since the series, a spin-off from the beloved 1980 movie starring Goldie Hawn, actually had three seasons. A closer look, however, reveals that the show only lasted for twenty-one months and – despite some wonderful performances, award-winning in some cases - has barely been talked of since. 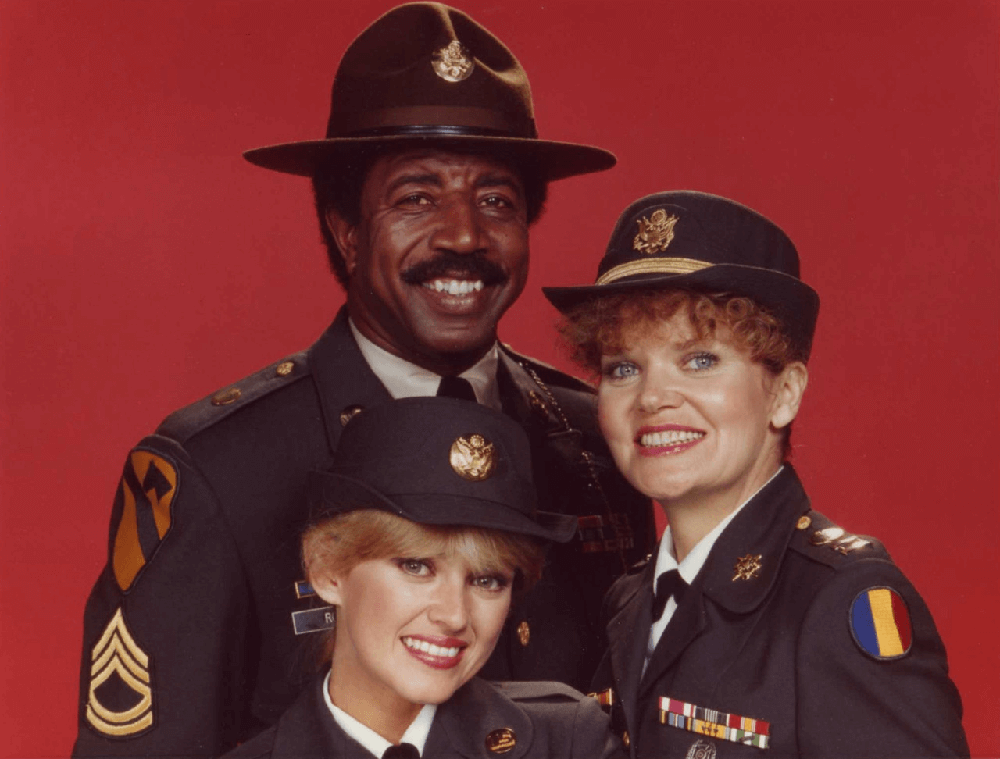 The mini-series was enough of a success to earn a full season order for the Fall 1981 season, its twenty-two episodes scraping into the top forty ratings for the year and earning yet another renewal for September 1982. This time, though, ratings fell to a point where the show was cancelled, mid-way through its run, and just thirteen episodes aired before the axe fell in January 1983.

Brennan, who’d been nominated for an Oscar for his part in the movie, earned gongs at both the Golden Globes and the Emmys but found it hard to translate that success into anything other than supporting roles, as did Patterson. Williams enjoyed a long run in the sitcom 227, unknown outside the US but running for five seasons on NBC from 1985, clips of which are plentiful on YouTube. The same can’t be said of Private Benjamin, which has all but disappeared, and that’s what makes it Telephemera…

Nero Wolfe (NBC): Initially appearing in Rex Stout’s series of pulp detective novels, Nero Wolfe was a portly detective of Montenegrin descent who occasionally interrupts his life of opulence to solve a crime or two. Orson Welles had long been attached to star in a TV adaptation of Stout’s novels but when he declined to be involved a proposed Paramount production in 1980, the reins were handed to Ivan Goff and Ben Roberts, the creators of Charlie’s Angels, who cast William Conrad in the title role.

Conrad’s Wolfe was as deskbound as any of his predecessors, relying on assistant Archie Goodwin (Lee Horsley, who would go on to star in Matt Houston two years later) to do the legwork while he sat home and cogitated over the clues. When the case had been cracked, Wolfe would assemble the suspects in his office, delivering his verdict to an actual lawman, the increasingly exasperated Inspector Cramer. 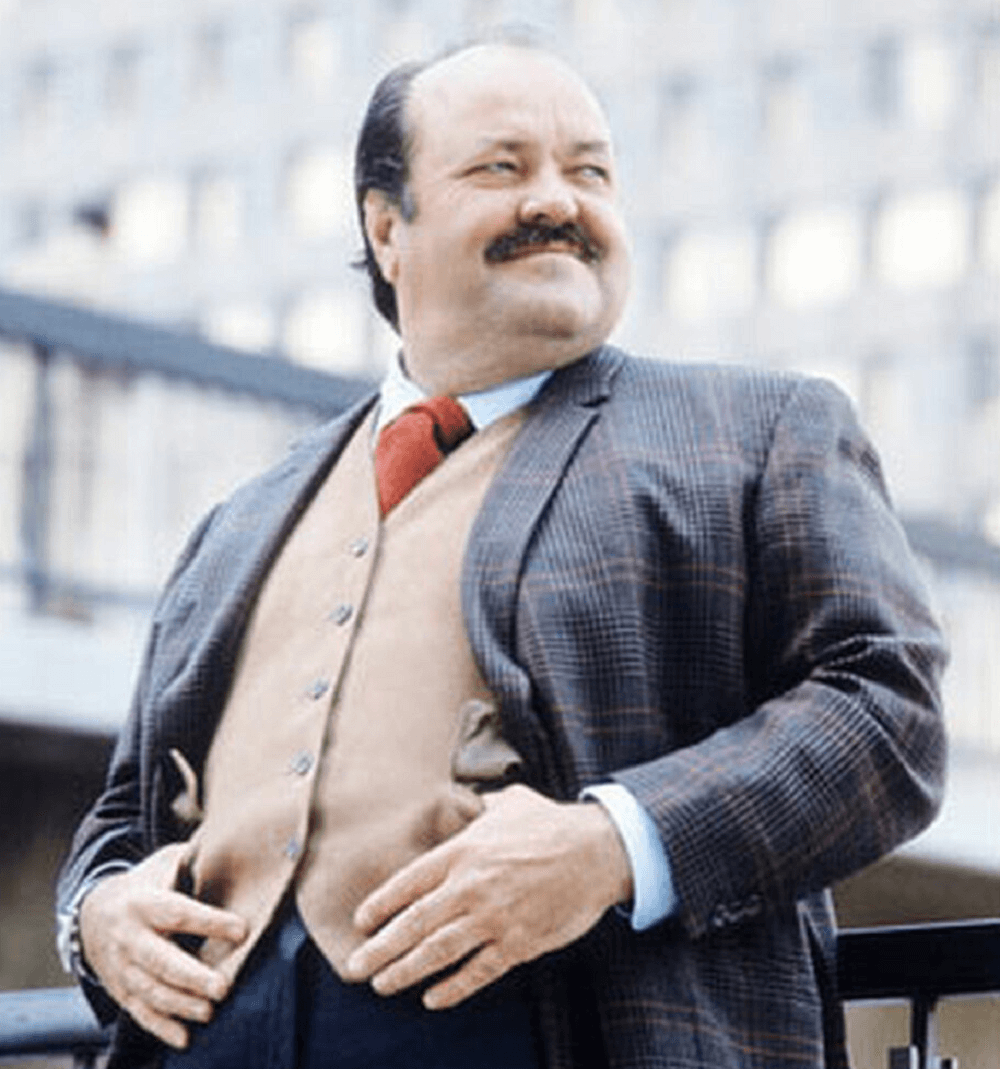 NBC had high hopes for Nero Wolfe and, as was their battle plan at the time, scheduled it opposite The Dukes of Hazzard, the number two show in the ratings, intending to take the war to CBS. As would seem obvious to any student of the medium, the plan failed and even moving the show to a kinder time slot on Tuesday nights didn’t save it from the axe after just fourteen episodes had been completed.

Nero Wolfe was one of the last shows to suffer from this ill-fated idea, with incoming network president Brandon Tartikoff instead putting the emphasis on an entire night’s scheduling rather than slotting promising shows into black holes for the network.

Freebie and the Bean (CBS): Given that it took Private Benjamin just a year to make the transition from film to TV, the seven years between the movie success of Freebie and the Bean and its eventual TV transfer seems like an eternity, losing any momentum that may have been earned by the film, which had defied critics to earn millions at the box office.

In place of James Caan and Alan Arkin, the TV version cast Tom Mason and Hector Elizondo as Tim “Freebie” Walker and Dan “Bean” Delgado, respectively, a pair of wacky San Francisco police detectives whose unorthodox methods don’t prevent them from solving crimes in the city. 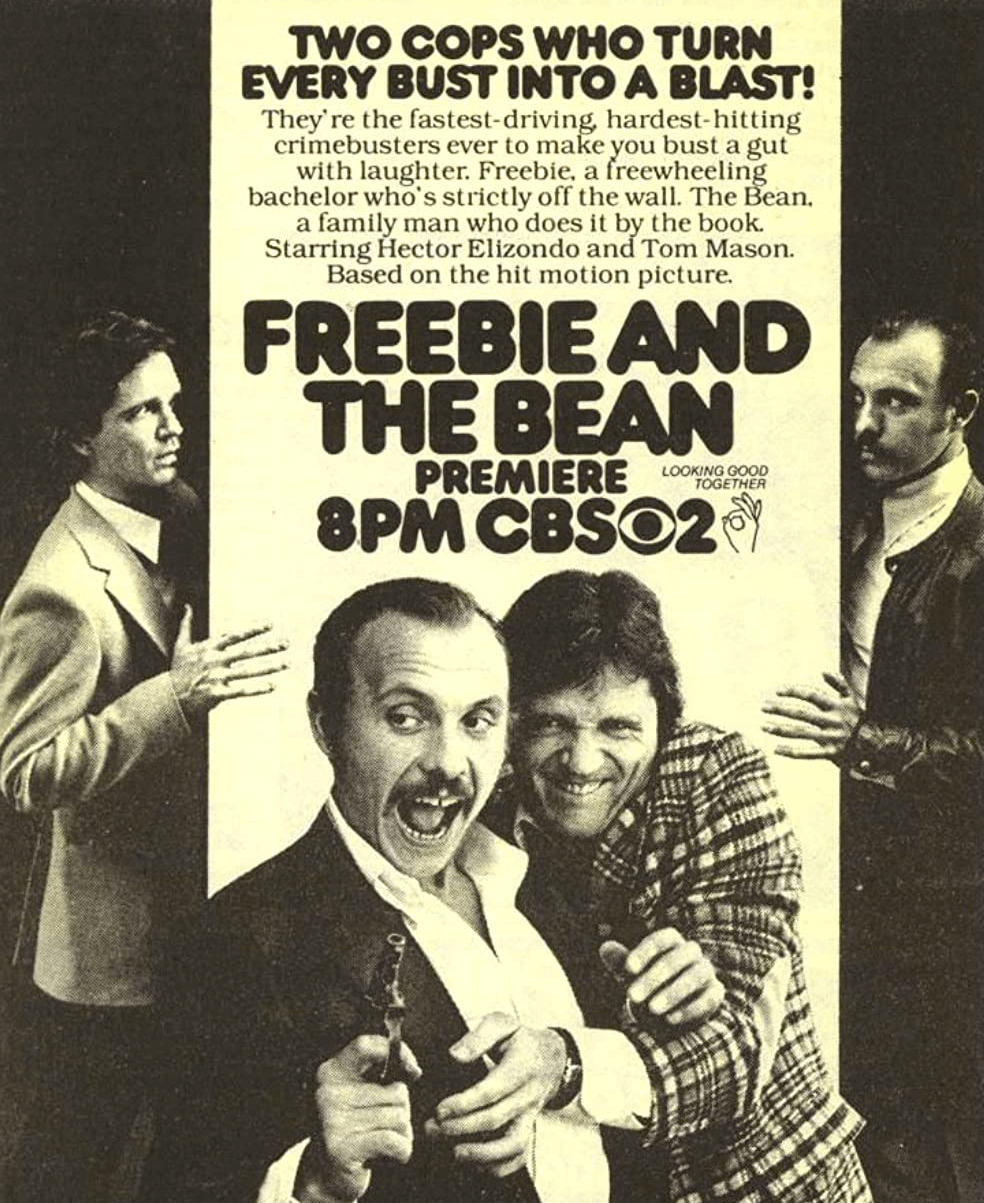 Attempting to replicate the successful formula of the movie, the show was a mix of slapstick, pathos, comedy, and drama, but never found the correct recipe to bring those things together coherently, despite decent performances by its principal cast. Worse still, it was programmed opposite The Love Boat, the number five show in the ratings and a massive draw for ABC, and so stood little chance of making any in-roads; it was cancelled after just seven episodes had aired, leaving two unshown in the can.

Mason and Elizondo would go on to have longer-lasting roles in Party of Five and Chicago Hope, and William Daniels would soon become the voice of KITT in Knight Rider, but everyone else involved disappeared. You can find the DVD of the movie pretty easily but there’s no trace of the TV series, either on home media or on video sharing sites, with just a few clips popping up on archived season trailers.

Walking Tall (NBC): While Freebie and the Bean was struggling to find an audience on CBS, NBC were hoping that their counterprogramming to The Love Boat would have more success. Based on the 1973 movie of the same name, Walking Tall continued the adventures of Sherriff Buford Pusser, the pro-wrestler turned lawman from Tennessee who waged a one-man war against crime along the Tennessee-Mississippi border.

Bo Svenson reprised the role of Pusser having starred in Walking Tall II and Walking Tall: The Final Chapter (Jon Don Baker played the Sherriff in the original movie), with the action transposed to the fictional McNeal County from the actual McNairy County of the true story. Svenson’s Pusser deals with drugs, the KKK, assassins, and unscrupulous corporations, a champion for the common man against the ills of modern society. 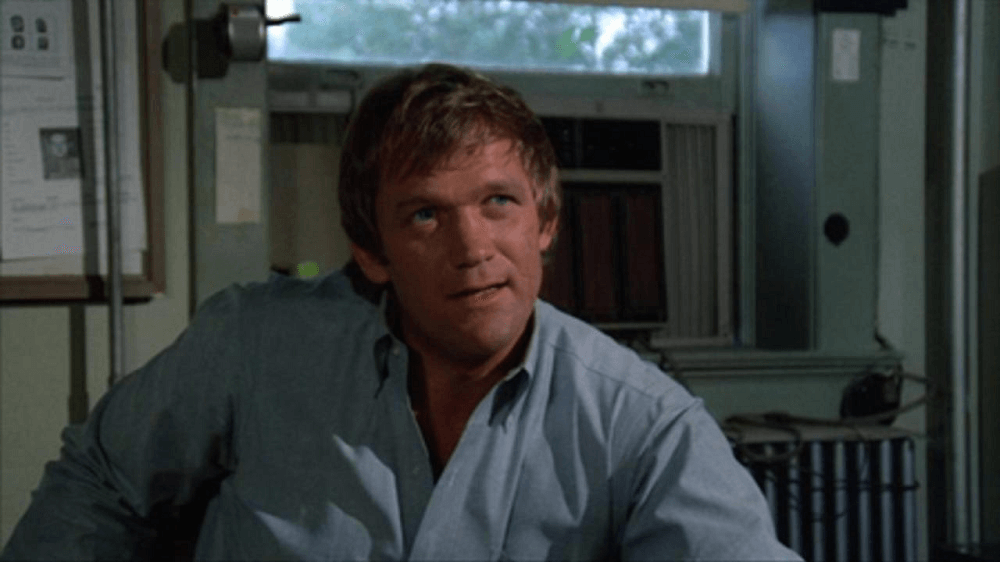 Just as with Freebie and the Bean, The Love Boat capsized its competition and after five episodes had garnered meagre ratings on Saturday nights, a further two were shown on Tuesdays (this time opposite Hart to Hart) before the plug was pulled on the show, just ten weeks after its premiere.

The real Sherriff Busser died in 1974 and when the decision was made to remake the 1973 film in 2004, this time starring another former wrestler in Dwayne “The Rock” Johnson, it was decided to completely fictionalise the story, with Johnson playing Chris Vaughn, a former US special forces soldier embarking on the same mission. There was no accompanying Tv series this time, although Kevin Sorbo did star in a pair of direct-to-DVD sequels, made before his descent into madness.

Next on The Telephemera Years: 1980’s unsold pilots!