It’s been less than two years since reclusive billionaire Bruce Wayne (Robert Pattinson) first donned his cape as Gotham’s avenging vigilante, the audience learns in The Batman’s opening voiceover. Writer-director Matt Reeves situates his Batman at a crossroads in the character’s journey. The Bat-signal projected onto a stormy sky may already strike fear in the hearts of the city’s low-level criminals, but the Caped Crusader is certainly no hero to the people of Gotham. This is a punisher, driven by vengeance, anger and personal trauma – still far from the protector he would become.

Reeves’ entry into the Dark Knight canon leans into another of the figure’s monikers, one that’s been neglected by recent blockbusters: the World’s Greatest Detective. When Gotham is rocked by a series of sadistic murders targeting high-profile officials, Batman is called upon to stop the mysterious killer (Paul Dano as The Riddler) in a hunt that will lead him straight into the city’s darkest underbelly. There, the Batman will cross paths with Oswald Cobblepot/Penguin (Colin Farrell, pulling the same stunt Jared Leto did in House of Gucci – though to far greater effect), crime lord Carmine Falcone (John Turturro) and of course, Selina Kyle (Zoë Kravitz).

As the trail of cyphers and riddles leads the Caped Crusader closer to the truth and the scale of the murderer’s plans become clear, Pattinson’s Batman is forced to grapple with his conflicting identities, philosophies, and the knock-on effects his violence creates if he is to weed out corruption and bring justice to his home. Drawing heavily from The Long Halloween, Ego and Year One, Reeves’ The Batman is a fantastic dive into the DC character’s psyche, as he reckons with his hopes and legacy.

It's difficult to assess a film fairly when it takes on a story that’s been told countless times before; the narrative borrows so much from comics, earlier film iterations, and even cinematic pillars like Zodiac that it is almost impossible to call The Batman an original take. And yet, however familiar the whole affair might feel, it still manages to be fresh. The stunningly textured, shadowy cinematography (which comes courtesy of Dune’s Greig Fraser) goes a long way towards bringing a grander flair to the otherwise grounded proceedings, carried along by an unforgettable score (from composer Michael Giacchino). Meanwhile the action, made all-the-more brutal for how contained it is, feels both necessary and consequential.

Despite an almost three-hour runtime, The Batman has the density of 1940s film noir and hardboiled detective fiction, which means that some of its characters inevitably fall by the wayside. Andy Serkis’ Alfred Pennyworth suffers most, though Jeffrey Wright’s James Gordon and Turturro’s Falcone are also woefully underdeveloped. Regardless, the all-star cast deliver expectedly solid (and at times great) performances throughout. Though his sullen Bruce Wayne is decidedly lacklustre (and thankfully largely absent), his turn as the Batman could well be the best rendition of the character to bless the big screen. His Dark Knight is all repressed violence, tortured psyche and tempestuous menace. 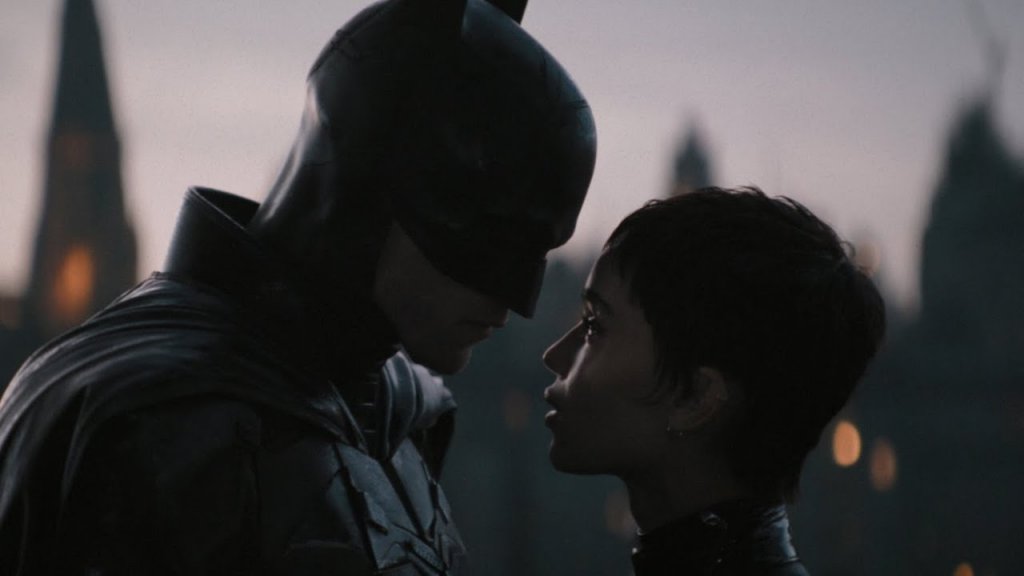 Where the film falters is in its last act. A final twist pushes The Batman over the edge and into the ‘no-holds-barred showdown’ territory that’s become de rigueur for superhero fare, in what seems like a betrayal of the film’s earlier, anchored tone. It might serve a purpose in the figure’s character development, but it still cannot help but feel cumbersome, particularly in how the film half-heartedly attempts to distinguish itself by relating to current events.

Despite that, Reeves’ The Batman is an impressive exploration of the character’s Year Two, a visually stunning, violent and believably gritty detective film to please the purists and introduce casual fans to a different version of the Bat.

The Batman releases in cinemas March 4th. Watch the trailer.

Based in the fictional version of Hollywood known as Nyallywood; Gene Fini, ...