The first teaser trailer for the upcoming film The Batman has been released, and it’s safe to say the superhero movie, directed by Matt Reeves and starring Robert Pattinson as Batman, has some surprises in store.

DC is definitely pushing the boat out when it comes to one of its most celebrated heroes. After Affleck’s unsuccessful stint as the Caped Crusader, there is a clear effort to reinvigorate the character and the world he protects.

For example, the latest Batman game in production, Gotham Knights, doesn’t even feature Batman as a playable character. Instead, it will focus on the sidekicks and villains that haven’t gotten much screen time in the past.

The cooperative game is being designed to be played with friends and lets you take control of the likes of Robin, Nightwing and Batgirl to fight crime in Gotham. It is a dire time in the city as the rest of the heroes scramble to cope with the death of Batman.

While this is a relatively new direction for a Batman console or PC game, fans of the DC Universe have always been enamoured by the more peripheral characters. This affinity has already been noticed by the iGaming industry where plenty of Batman’s villains are featured characters in slot games at Betfair casino and others that players can try using online casino bonus codes, such as Batman & The Riddler Riches and Batman & The Mr. Freeze. 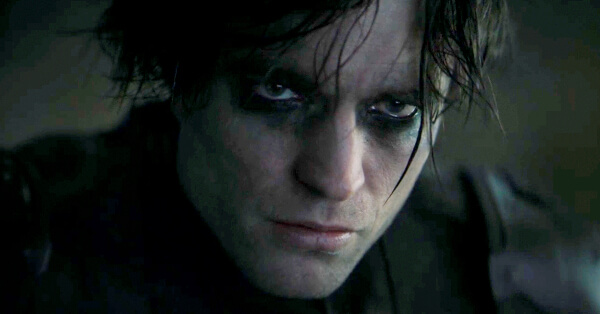 Following in this theme of new directions, the most stunning element of The Batman teaser trailer is that it is not trying to position the film as the next superhero epic. Instead, The Batman looks like it will be a deep and dark investigative drama where crime-solving is as essential as crime-fighting.

Of course, the dark and depressing aesthetic is perfect for this type of movie and, now that it has been teased, it seems crazy it hasn’t been done before.

Reeves stated one of his main inspirations for the film was Batman: Ego, the novel written by Darwyn Cooke. It explores some truly unique angles to the world of the Caped Crusader, such as the Riddler attempting to commit suicide and Batman having to come face to face with the consequences of his actions.

The trailer feels like a familiar mix of scenes from Batman Begins and popular television series Gotham, which also focuses on the secondary characters of the world.

While the decision to create a Dark Knight detective movie may have been a financial one, considering that it’s far cheaper to make a crime drama than a massive superhero blockbuster, it is also something fans have been asking for, for a long time. Batman has always been a little different from all the other superheroes, and it’s great the movies set in that world could begin to feel that way too. It is also a clear direction DC is taking with Joker, Birds of Prey and Shazam all costing under $100-million to produce.

It does mean that it could be some time before the next epic Batman blockbuster like The Dark Knight, but it also means they will be able to take more risks and release more films because they aren’t as expensive.

Furthermore, Reeves seems to be determined to keep Pattinson’s Batman out of the DC Extended Universe (DCEU), the multimedia franchise that was expected to rival the Marvel Cinematic Universe but has never really reached the same heights.

DC is reportedly very keen to get Batman back involved with the DCEU after a series of disappointments, including the Justice League which was a disappointing flop. But Reeves doesn’t want Pattinson’s iteration of the character to suffer from overexposure in the same way Affleck’s Batman did. Affleck appeared as Batman in the same number of movies as Christian Bale, despite never actually starring in a solo Batman film.

Whatever The Batman turns out to be, the new direction teased by the trailer has fans of the character, and the greater DC Universe excited. If it is a success, this movie could have a dramatic impact on the way Hollywood looks at superhero movies.

While we’re are still sad that Netflix pulled the plug on Marianne after ...