A Supernatural prequel may well be on the way with Jensen Ackles returning as Dean Winchester, it was just announced. Titled The Winchesters, the series would centre on Dean and Sam’s (Jared Padalecki) parents, John and Mary. Narrated from Dean’s perspective, this prequel is said to follow the epic and so-far untold love story of how the two met, and how they put it all on the line to save each other, and the world.

Having ended its 15-season run just last year, Supernatural holds the title of the longest-running sci-fi/genre series in the history of American broadcast television. With an avid fanbase and over fifteen years’ worth of established mythology, it comes as no surprise that The CW might want another crack at that goldmine, even if it’s hard to imagine there’s much left to say about John and Mary’s history. However, Ackles clearly believes otherwise, promising via an Instagram post that “we will hit the waypoints that have been set and fill in the rest in a way you never expected”. The Winchesters is the network’s third time trying to launch a Supernatural spinoff; the two previous attempts were Bloodlines and Wayward Sisters, both of which were introduced as backdoor pilots but never picked up.

The Winchesters’ odds might be slightly better thanks to its big-name backers. Jensen and Danneel Ackles, a Supernatural recurring guest star herself, will executive produce through their company, Chaos Machine Productions. Launched by the couple last autumn, Chaos Machine has an overall deal with Warner Bros. Television, who produced Supernatural and will be producing its prequel. 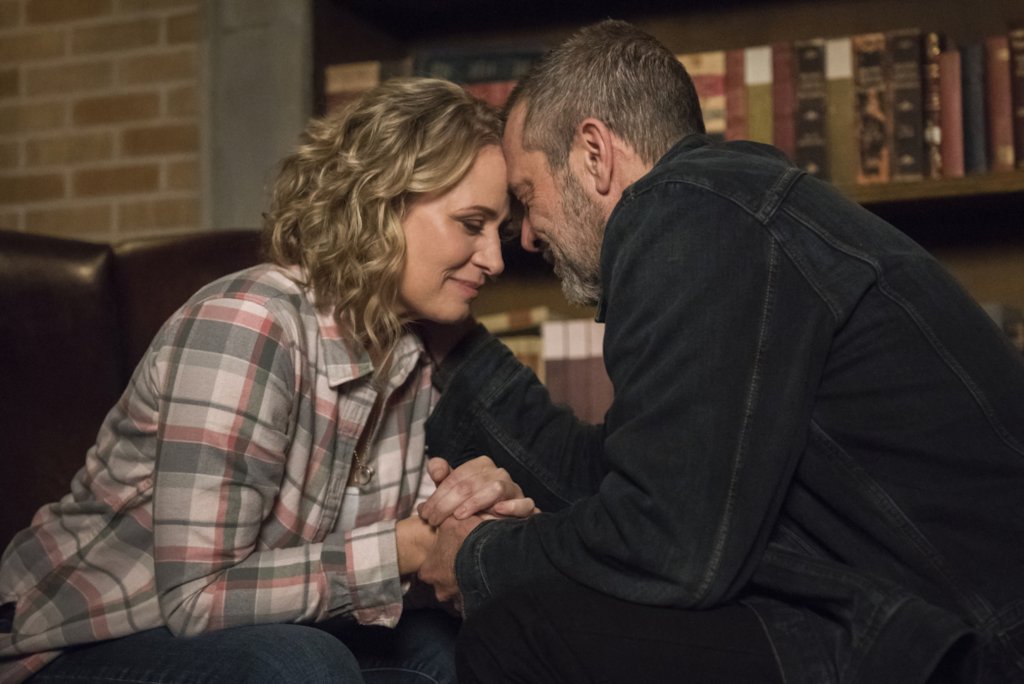 Jensen Ackles told Deadline that “After Supernatural wrapped its 15th season, we knew it wasn’t over. Because like we say in the show, ‘nothing ever really ends, does it?’ When Danneel and I formed Chaos Machine Productions, we knew the first story we wanted to tell was the story of John and Mary Winchester, or rather the Supernatural origin story. I always felt like my character, Dean, would have wanted to know more about his parents’ relationship and how it came to be. So I love the thought of having him take us on this journey.”

Multiple actors have already played Mary and John over the years. Matt Cohen played John as a young adult, while Jeffrey Dean Morgan starred as John in the first season and returned for guest appearances in seasons 2 and 14. Likewise, Mary was primarily portrayed by Samantha Smith, making appearances throughout the seasons until she joined the main cast in seasons 12 through 14. Amy Gumenick, now best known for her role as Cupid/Carrie Cutter in CW’s Arrow, played a young Mary Campbell.

It’s unknown whether The Winchesters will invite Gumenick or Cohen to reprise their roles, or whether the CW will opt to recast them. As of yet however, The Winchesters only has a script commitment – written/executive produced by fellow Supernatural alum Robbie Thompson – so it may be a while before casting announcements.

The announcement was sadly shadowed by the revelation that Padalecki, Ackles’ co-star and close friend (they were groomsmen at each other’s weddings, after all), found out about the prequel at the same time as everyone else and via Twitter. Retweeting Ackles’ announcement, Padalecki writes: “Dude. Happy for you. Wish I heard about this some way other than Twitter. I’m excited to watch, but bummed that Sam Winchester had no involvement whatsoever.” He then reiterates that “this is the first I’ve heard about it. I’m gutted.”

At the time of writing, Ackles has yet to respond to Padalecki’s comments. Here’s to hoping that this is just another classic J2 prank.