The second wave of independent films has been announced for the STARBURST Media City Festival, being held in March at The Landing at MediaCityUK. We’re pleased to reveal that we’ll be screening some crowd-pleasing and thought-provoking shorts and films over the course of the two-day event.

Newly added to the roster are Jason Figgis’ Torment, and Andy Collier and Tor Mian’s Charismata, a pair of exciting and bold features that shouldn’t be missed.

Adding to our already impressive short film collection are: Blood Shed, James Moran’s brilliant homage to anthology films, which has wowed festival audiences worldwide. Dead Meet, directed by Daniel Brant is a fun story of a hit woman attempting to go on a date. Echoes of the Passed is Scott Lyus’ brooding old-style tale of haunting and Salient Minus Ten, directed by Emma Dark is a bold and dark sci-fi short.

Members of the cast and crew of many of the films will be in attendance and the independent movie screenings will culminate with the STARBURST Fantasy Awards on the Saturday night.

For more information on the films, check out www.starburstfilmfest.co.uk. The final slots for the independent film screenings will be announced soon. There's still time for your film to be in the running by submitting at FilmFreeway.

The STARBURST Media City Festival at The Landing at MediaCityUK takes place on March 16th and 17th. Check availability of tickets (which are free!) at Eventbrite. 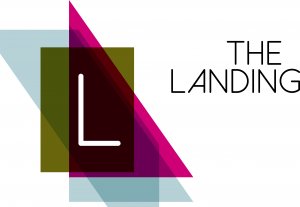 The line-up for the Arrow Video FrightFest October event has been ...

Beloved 90’s children’s comedy duo Trev and Simon have signed up to be part ...