We’ve teamed up with Lionsgate to give one lucky reader a chance to win a bundle of three Vestron Collector’s Series Blu-rays. The films are Dementia 13, The Wraith, and Sundown: The Vampire in Retreat. To be in with a chance, just read on and enter below… 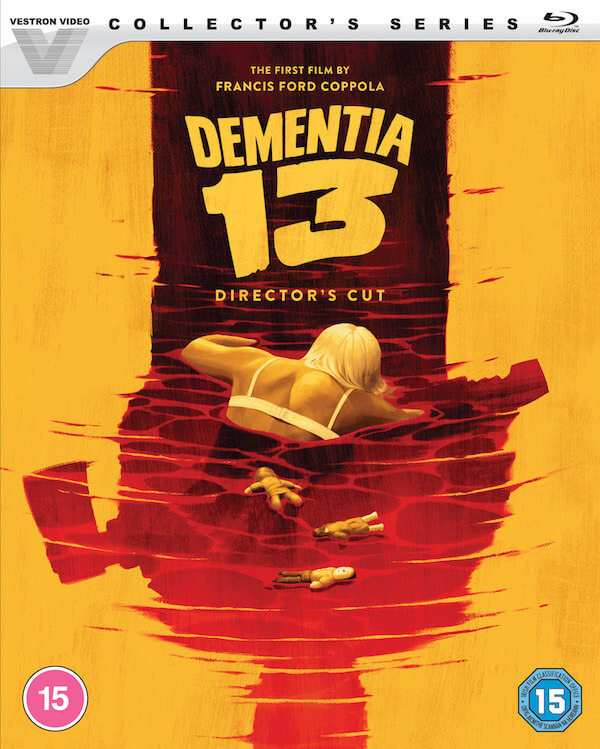 Presented in a high-definition director’s cut, Francis Ford Coppola’s first-ever film Dementia 13 is quintessential gothic horror, wrapped in the twisted mysteries of a family’s deepest, darkest secrets. A widow deceives her late husband’s mother and brothers into thinking he’s still alive when she attends the yearly memorial to his drowned sister, hoping to secure his inheritance. But her cunning is no match for the demented, axe-wielding thing roaming the grounds of the family’s Irish estate in this cult favourite featuring Patrick Magee (The Legend of Hell House, A Clockwork Orange) and Luana Anders (The Trip, Night Tide). 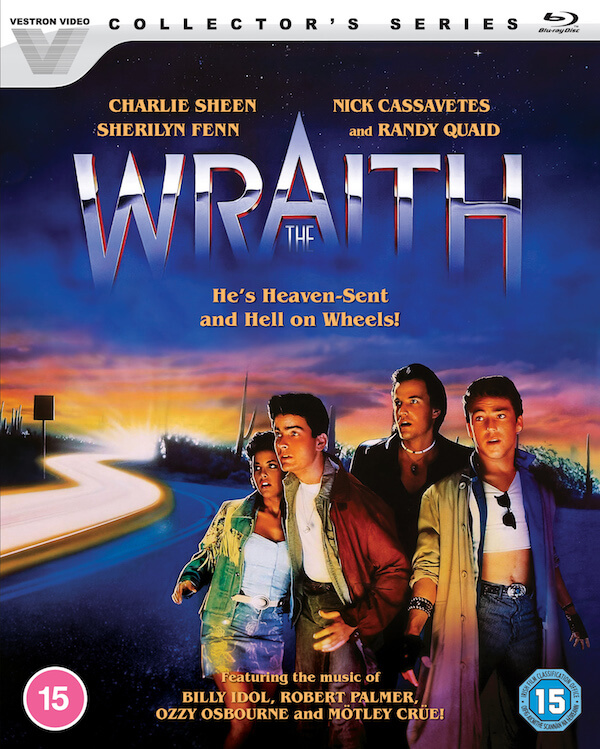 Charlie Sheen, Nick Cassavetes (Face/Off), Sherilyn Fenn (Twin Peaks), and Randy Quaid (Independence Day) star in this turbocharged cult classic! When four glowing orbs crash into each other over the Arizona desert, they leave in their wake a badass Dodge Turbo Interceptor, and its enigmatic, helmeted driver. The next day, the mysterious Jake (Sheen) appears in the town of Brooks, catching the eye of Keri (Fenn) and the ire of Packard (Cassavetes), the ruthless leader of a gang of street racers. When gang members start losing races, and lives, to the Interceptor, the recent death of Keri’s boyfriend suddenly seems connected to the arrival of Jake, the unbeatable car…and an avenging entity called The Wraith. 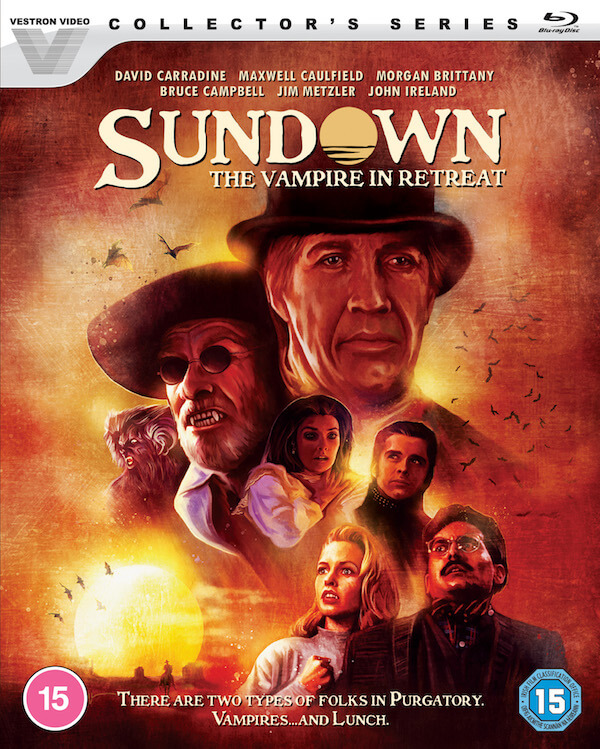 The road to Purgatory is paved with good intentions, and Count Mardulak (David Carradine) wouldn’t have it any other way. He’s seeking atonement for centuries of human carnage, which is why he’s instructed Purgatory’s vampire residents to slather on SPF 100 sunblock, pursue daytime activities… and drink only synthetic blood. But some vampires don’t agree with Mardulak — they want the real thing — and if that means wooden bullets flying in a vampire civil war, so be it! This wild horror-comedy also stars Bruce Campbell (The Evil Dead franchise), M. Emmet Walsh (Blade Runner), and John Ireland (Spartacus).

Dementia 13, The Wraith, and Sundown: The Vampire in Retreat are released as part of the Vestron Collector’s Series on November 15th. You can pre-order from Amazon now.