They're herrre... No, not scary, spindly almond-eyed alien greys or even little green men piloting lumbering spaceships, intent on invading our lovely planet, this time the danger to humanity and all we hold dear occurs one night when an electrical storm hits a small area of Midwich, a town that would perfectly host a Midsomer Murder mystery.

The strange incident causes all the women of childbearing age to immediately become pregnant, and go on to give birth at the same time. Their children grow faster than normal and seem to be part of a hive mind. Not only can they share their thoughts, but they can also use their minds to control the actions of adults.

The military and home office supervise their upbringing and keep an eye on their progress, but as time passes, they become more powerful. Some of the parents love them; others fear them and want to escape their frightening presence. This leads to some genuinely creepy scenes of the children exerting their malevolent influence on those who oppose them. 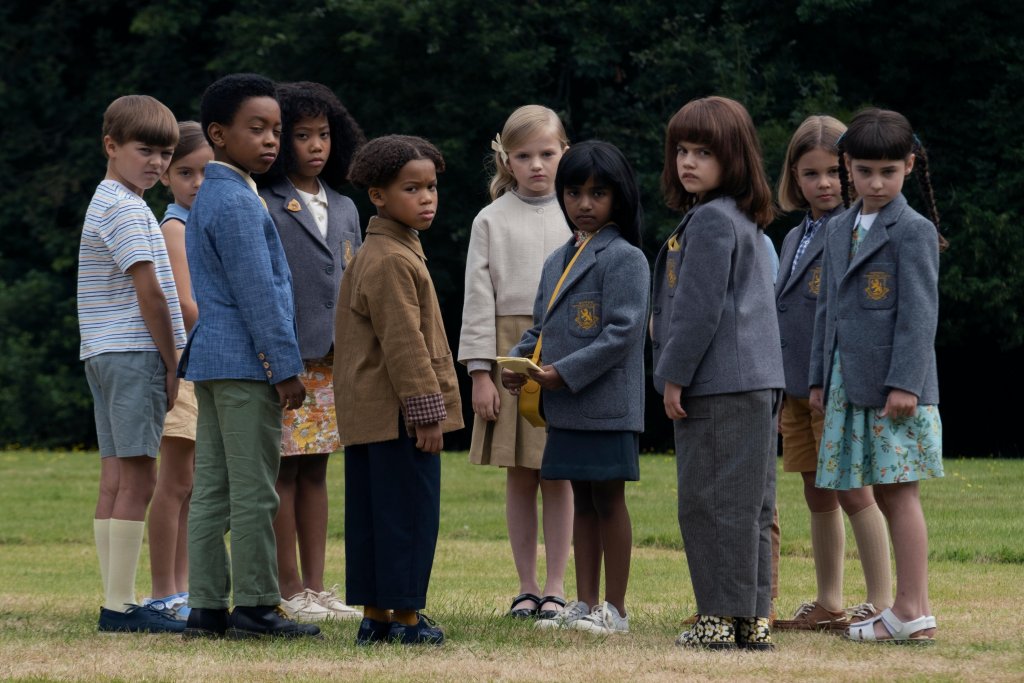 Keeley Hawes as Dr Susannah Zellaby and Max Beesley as DCI Paul Haynes are both residents of Midwich and get to see the progress of the children from both an official and an insider's perspective. The dynamics of the different families and how they cope with the situation are well handled, though it's disappointing that exactly 'who' or 'what' menace simmers in the background is never really adequately tackled.

There is a backstory that links the children to a previous outbreak in the 1970s in Russia, and it seems a survivor from that group is intent on taking over the British government by using the military to stage a coup. Dr Zellaby and DCI Haynes both discover all is not what it seems and know they have to stop the children from gaining more power and influence.

Overall, the series is an entertaining adaptation, but we highly recommend reading John Wyndham's original 1957 novel of the same name or seeking out the two earlier movies inspired by it, Village of the Damned (1960) and Children of the Damned (1964).