We’ve teamed up with Arrow Video to give one lucky reader a chance to win a copy of Mario Bava’s Shock on Blu-ray, with a limited edition slipcase bearing the film’s American title Beyond the Door II. Just read on and enter below for your chance… 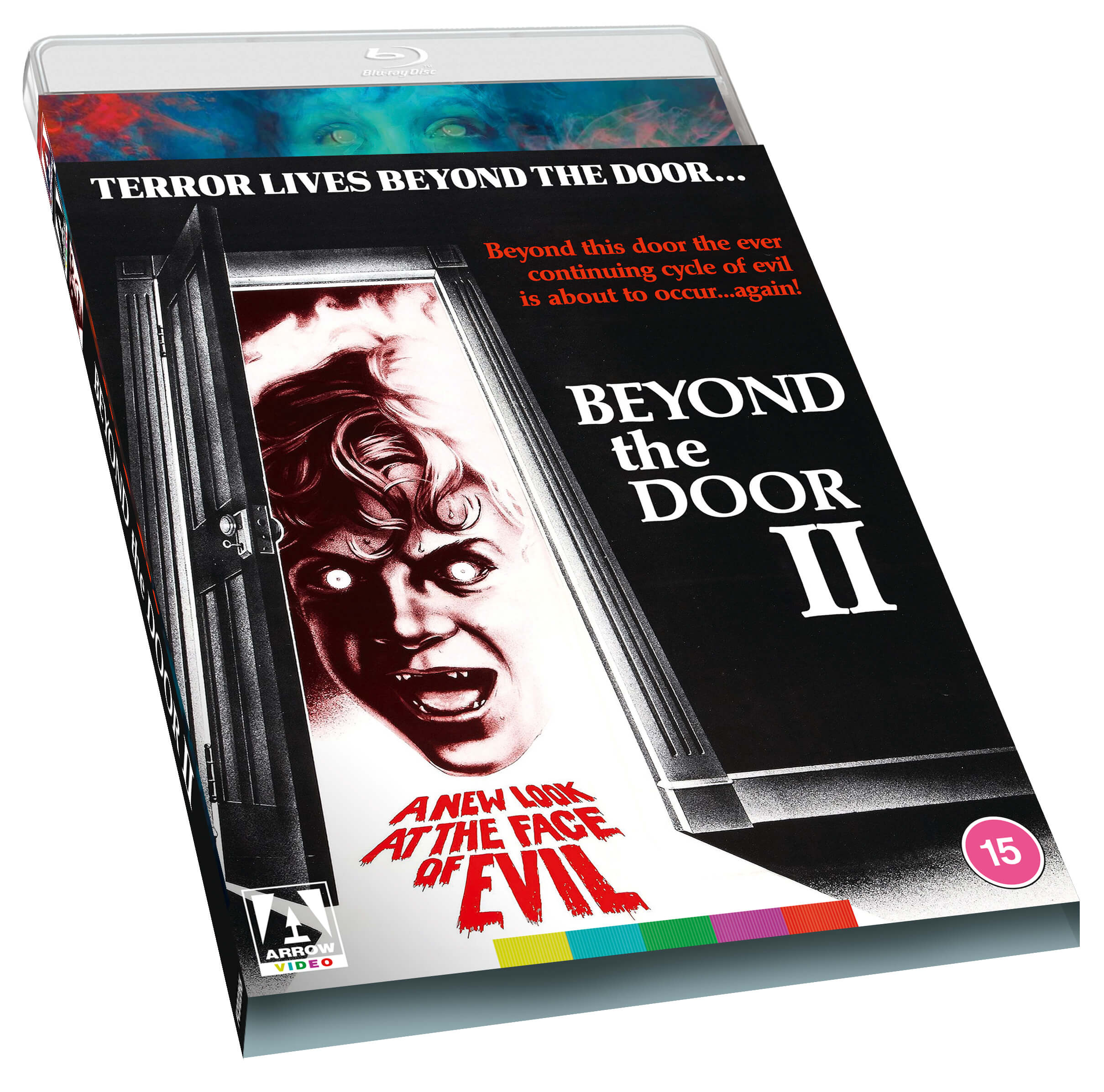 In a career spanning four decades and encompassing virtually every genre under the sun, Mario Bava inspired multiple generations of filmmakers, from Dario Argento to Martin Scorsese and Tim Burton. Best remembered for his gothic horror movies, for his final feature, Shock, he eschewed the Grand Guignol excesses of Black Sabbath or Blood and Black Lace for a more intimate portrait of mental breakdown in which true horror comes from within.

Dora (Daria Nicolodi, Deep Red) moves back into her old family home with her husband, Bruno (John Steiner, Tenebrae), and Marco (David Colin Jr., Beyond the Door), her young son from her previous marriage. But domestic bliss proves elusive as numerous strange and disturbing occurrences transpire, while Dora is haunted by a series of nightmares and hallucinations, many of them involving her dead former husband. Is the house itself possessed? Or does Dora’s increasingly fragile grip on reality originate from somewhere far closer to home?

Released in the United States as a sequel to Ovidio G. Assonitis’ Beyond the Door, Shock more than lives up to its name, proving that, even at this late stage in his career, Bava hadn’t lost his touch for terror. Now restored in high definition for the first time, the Maestro of the Macabre’s chilling swansong disturbs like never before in this feature-laden release from Arrow Video.

FIRST PRESSING ONLY: Illustrated collector’s booklet featuring new writing on the film by Troy Howarth, author of The Haunted World of Mario Bava

Shock is available on Blu-ray from Arrow Video from January 17th.  Buy your copy here.