Sylvester McCoy is still fondly-remembered for his portrayal of the seventh incarnation of the Doctor in the last three years of the ‘classic’ run of Doctor Who and his role as Radagast in Peter Jackson’s epic three-film adaptation of The Hobbit. His latest film, THE OWNERS, is a dark and disquieting ‘home invasion’ thriller with a twist that allows the Scottish-born actor to deliver one of his most disturbing and chilling performances. STARBURST spoke to Sylvester about the perils of modern home ownership…

STARBURST: In The Owners you pay Robert Huggins, who appears to be a quiet, home-loving family man devoted to his ailing wife - played by Rita Tushingham - and living a quiet life out in the countryside. What more can you tell us about your character?

Sylvester McCoy: Robert is a doctor – typecasting, I guess! – and he has a wife who he loves desperately who has Alzheimer’s, and she needs a great deal of care. But every Friday, regularly, as old people do, he and his wife leave their house and go off to have a meal. Their cleaning lady’s son knows about this and she has clearly mentioned to her son that there’s a huge safe door in the basement. He happens to let this spill to his mates in the pub and a new guy in the group, who’s very villainous, decides that they should break in and get all the dosh that’s behind the door. So they break in, but we come back because they took too long to break into the safe, so they capture us and terrorise us.

It’s fair to say that things don’t go as the audience might expect and Robert isn’t quite as he seems. What attracted you to this very out-of-character role?

The fact that Robert turns and I get to play against type! Peter Jackson once said to me ‘Sylvester, you’re too nice to be able to play anything bad and I wanted to prove to him that I could!’ What’s always the dream when playing the villain in any film is to try to find the humanity in him and hang on to it because not everyone is completely bad.

How do you prepare yourself for the rigours of filming days where you, as an actor, need to be very physical and very violent?

I’m afraid I’m not a method actor, I’m more of an instinctive actor. I sometimes don’t know what’s going to happen! I step off the cliff and see if I can fly and I’m blessed in that most times I do fly; something instinctive happens. Someone said years ago that I was a ‘bum actor’ – not that I was a bad actor but that I acted with my whole body and my bottom, which isn’t really the British way of acting, it’s more the American way of acting. It’s all involved with that physicality, some magic happens and I don’t know where it comes from! I became an actor when I was 27 and discovered I was carrying this baggage of physicality that I didn’t know I had, which has led to me playing Buster Keaton – one of my gods – and Stan Laurel, very physical guys and I found it was just there. Stuntmen always hate working with me because I like to do my own stunts but because of my age now I can’t do quite as many as I used to do. 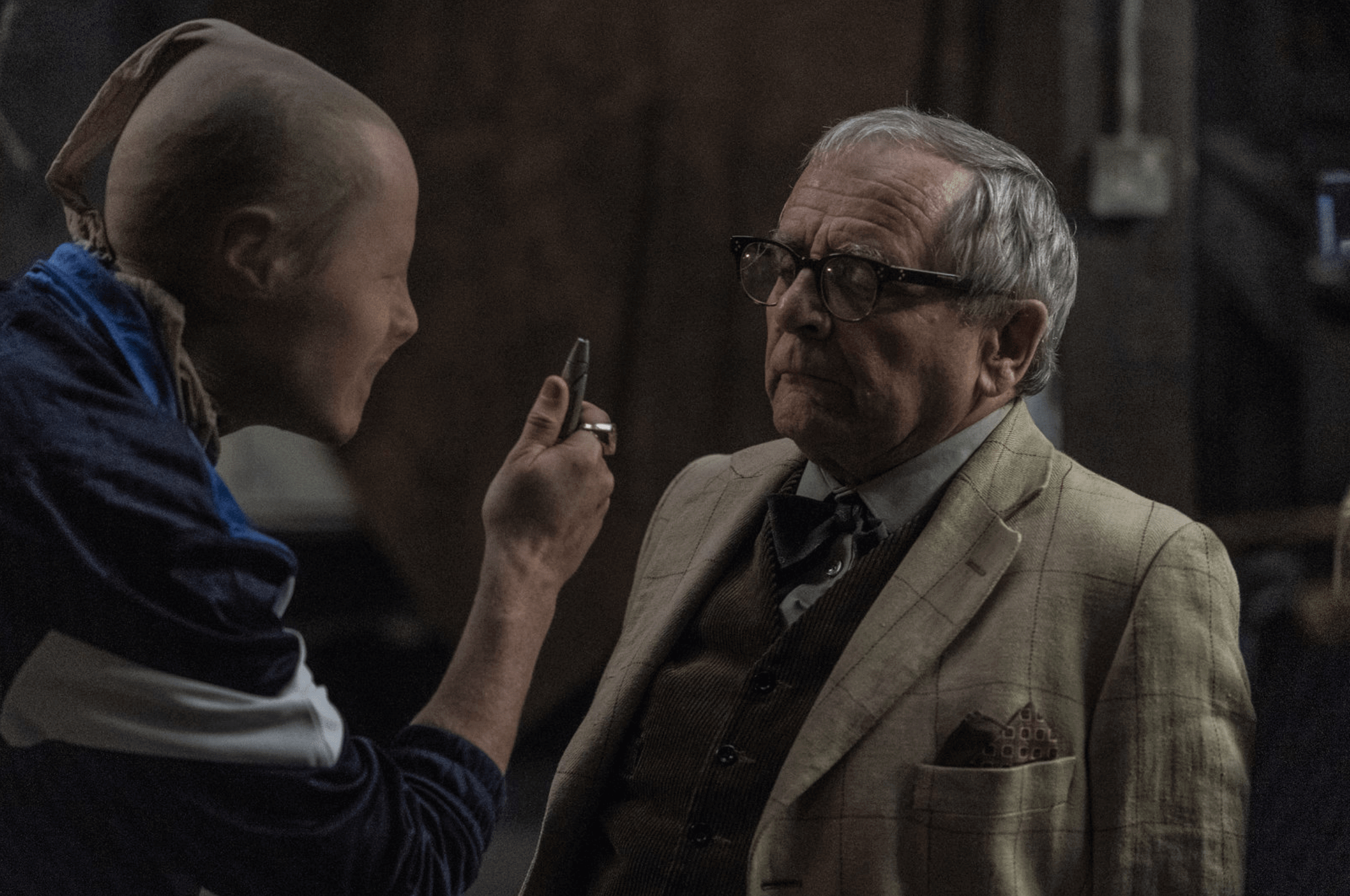 Had you worked with Rita Tushingham who plays your wife in the film before?

SM: No, I hadn’t and I must say it was an utter joy working with her. She’s from Liverpool, say no more, but she’s got an amazing sense of humour! Of course, when you’re making these kinds of films, when you leave the set you tend to go for comedy so we became a sort of double act. The makeup ladies and the wardrobe and the technicians looked forward to us coming off the set because suddenly we had to release the horror and turn it into comedy. I adored working with her, we had such fun.

Maisie Williams is also in the cast as one of the main protagonists. What were your impressions of her?

She was a real ball of energy and was really in her own zone too. She’s got such energy and I predict not only that she will carry on with her vey successful acting career but I wouldn’t be at all surprised if she became a director and/or a producer. She’s grown up in the industry and she knows it inside out, she’s wonderful. I enjoyed working with all the young actors, though, they were just great, I was so impressed by them all when I saw the film for the first time. The whole cast and crew were a joy to work with, it was great to go in every day and that’s not something you can say all the time in film and television, but this lot were so nice.

How would you prepare the audience for the experience of The Owners?

Be prepared to jump in your seat in the cinema! It’s a sweet love story but the centre of the sweet is full of violence and shocking surprises.

THE OWNERS is available on digital download on February 22nd and DVD on March 1st.

You can watch the full interview below: