Whatever American comic books you read in the seventies and eighties, you couldn’t help but come across adverts for all kinds of wacky stuff. Alongside offers to sell Grit magazine (what even was that?) door-to-door, trunks full of plastic army men, and X-ray glasses that would definitely allow you to see the girl-next-door’s private parts, was an invitation to grow your own friends. These delightful creatures, called Sea-Monkeys (obviously because they resembled the ape-like beings in the ad art, right?), would be dispatched to your door, along with everything you needed to help them thrive and survive.

What kid could resist that? What kid wouldn’t want tiny humanoids, albeit with weird tails and antennae, living in the corner of their bedroom? What kid wasn’t disappointed when what they actually received was tiny, tiny shrimps that really didn’t do anything?

The Sea-Monkeys story began in 1957 when, eager to cash in on the craze for ant farms that had exploded the year before, an intrepid inventor named Harold von Braunhut came up with the idea for ‘Instant Life’, an aquatic pet colony formed of brine shrimp. 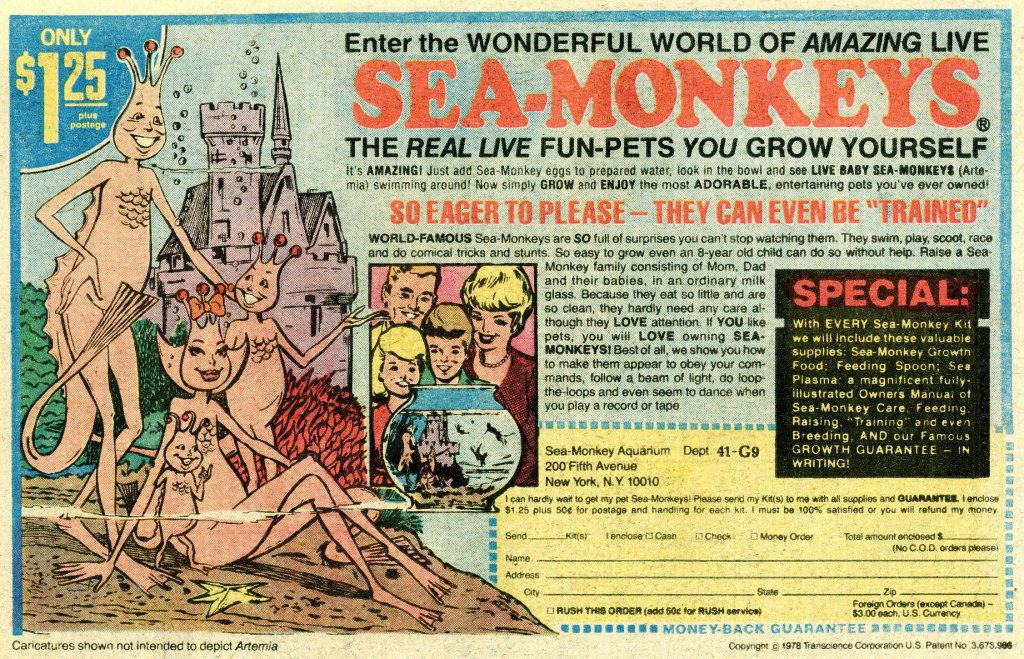 Von Braunhut was born just plain Harold Braunhut but added the preposition to make him sound more German. You’d think that a Jewish American who had lived through the Second World War wouldn’t be so keen to play on his Germanic side, but von Braunhut wasn’t an ordinary Jewish American. He was a keen white supremacist and was looking to add distance from his Jewish roots - the Washington Post reported that he bought arms for a Ku Klux Klan faction and regularly attended the annual conference of the Aryan Nations.

Questionable politics aside, von Braunhut saw potential in his Instant Life product, and worked with a scientist named Anthony d’Agostino to develop it into a viable prospect. Essentially, the creatures that would later become Sea-Monkeys were artemia, brine shrimp that entered cryptobiosis - a dormant state that reduces biological functions to an absolute, often undetectable minimum - when they were starved of water. Von Braunhut had come across them when he visited a pet store; whilst still in cryptobiosis, brine shrimp are used as fish food, but von Braunhut reasoned that, if the cryptobiosis could be reversed in the home, the little scamps would make ideal pets. Look, we know it sounds mad, but he made millions off it, honest! 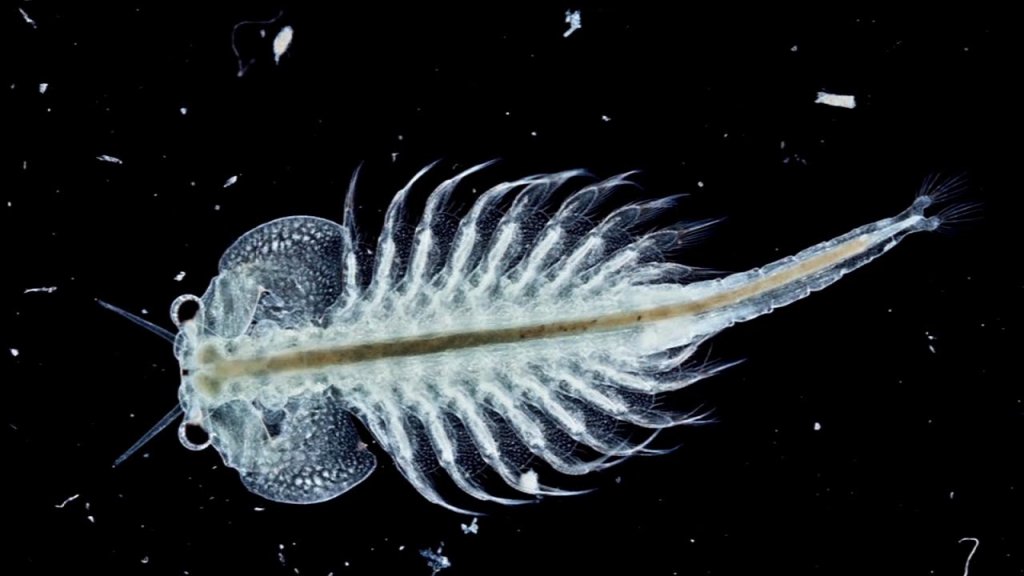 Von Braunhut and d’Agostino came up with a way to turn ordinary tap water into an artemia-friendly environment, and would-be shrimp wranglers would be sent two sachets - one containing the brine shrimp and the other containing a powder which would turn their water into brine. To ensure the shrimp would live long enough to hold the imagination, the boffins also tweaked their very DNA, creating a species - artemia nyos (after the New York Ocean Sciences lab in which they worked) - that is not found in nature. What’s more, these creatures breathed through their feet, were born with one eye and miraculously developed two more, and reproduced asexually, although there were both males and females of the species! Sales of Instant Life were steady if not spectacular, and in 1962 von Braunhut renamed his creatures Sea-Monkeys, because he figured their long tails looked like monkey’s tails.

In the early 1970s, von Braunhut decided to rebrand the pesky swimmers and enlisted the cartooning skills of comics legend Joe Orlando. Orlando created the smiling, pot-bellied humanoids that have become a staple of pop culture kitsch over the years, and von Braunhut marketed them through ads in all kinds of comic books - Marvel, DC, Archie, whatever! - to a saturation point of over three million pages of advertising a year. The ad copy promised ‘a bowl full of happiness’, and billions were sold to curious, excited, soon-to-be-disappointed children all over America. 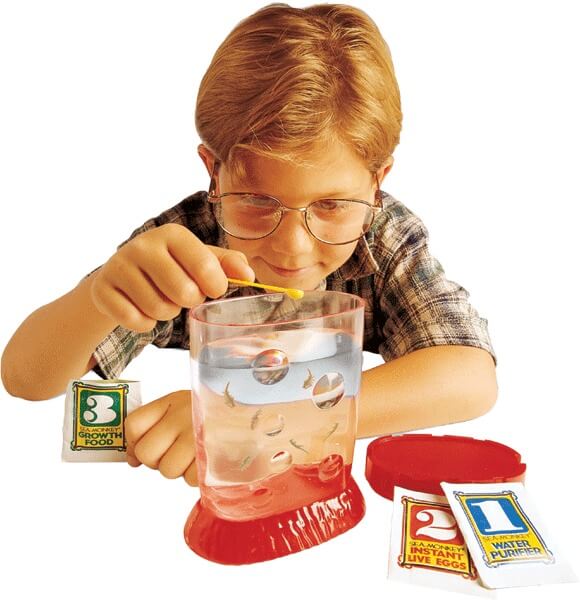 Keen to further part children from their hard-earned, Grit-selling money, von Braunhut came up with a series of accessories and playsets. There were a range of treats for your little friends, including a ‘banana treat’, ‘red vitamins’ (containing ‘every known vitamin your Sea-Monkeys need for robust health!’), and ‘sea diamonds’. For those who wanted adventure, you could buy the Sea-Monkey Circus, Sea-Monkey Ocean Zoo, or Sea-Monkey Ski Trail. Von Braunhut was a keen motorcycle racer - he competed under the name The Green Hornet - and even developed a Sea-Monkey Speedway, but nothing could quite match the strangeness of the Sea-Monkey Fox Hunt. Yes, for just a few dollars, you too could experience the thrill of chasing a frightened animal to its death, only in the form of barely visible crustaceans!

All this grifting caught the attention of the New York State Attorney General, Louis Lefkowitz, who issued proceedings against von Braunhut on the grounds that the creatures were not actually monkeys, and thus marketing them as such was fraudulent. A judge decided in favour of von Braunhut, comparing Sea-Monkeys to sponge cakes (which do not contain actual sponge) and butterflies (which, in this reality at least, are not made of butter).

Such was the ubiquity of Sea-Monkeys that they inspired a video game in which you had to guide the Sea-Monkeys gradually away from danger, as well as appearances in such pop culture hungry TV shows like The Simpsons, American Dad, Roseanne, South Park, 3rd Rock from the Sun, and Night Court, but by far the strangest spin-off came in the form of a live-action TV show of their own. 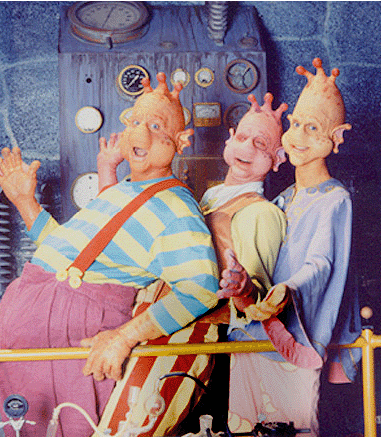 The Amazing Live Sea-Monkeys was the brainchild of comedian Howie Mandel, who had starred in St Elsewhere and provided the voice for Gizmo in both Gremlins movies. When Mandel’s daughter became the latest pre-pubescent victim of the Sea-Monkeys craze, Mandel decided that they could be “bigger than the Ninja Turtles” and obtained the rights. In the show, Mandel played The Professor, who accidentally enlarged three Sea-Monkeys - Bill, Dave, and Aquarius - to human size, and the series followed their adventures in trying to fit into the human world. Debuting in prime time on CBS in September 1992, the show was off the air by Christmas, lasting just eleven episodes.

Sea-Monkeys were not the only thing Harold von Braunhut invented - he was also responsible for the aforementioned X-ray specs, as well as the Kitoga, a spring-loaded extendable baton for ‘self-defence’, and also promoted the act of a man who would dive from forty feet into a tub of water - but they were his most lasting creation. And, a decade after his death, they continue to thrive, although the ownership of the rights to the creatures is in dispute between von Braunhut’s widow, Yolanda Signorelli, and the toy company that licensed them. Hmm, a battle for the ownership of mutant crustaceans between a woman who starred in surreal nudey flick Venus in Furs and the ominously named Big Time Toys? Now THAT’S a movie!

[This article was originally published in STARBURST issue 455, December 2018.] 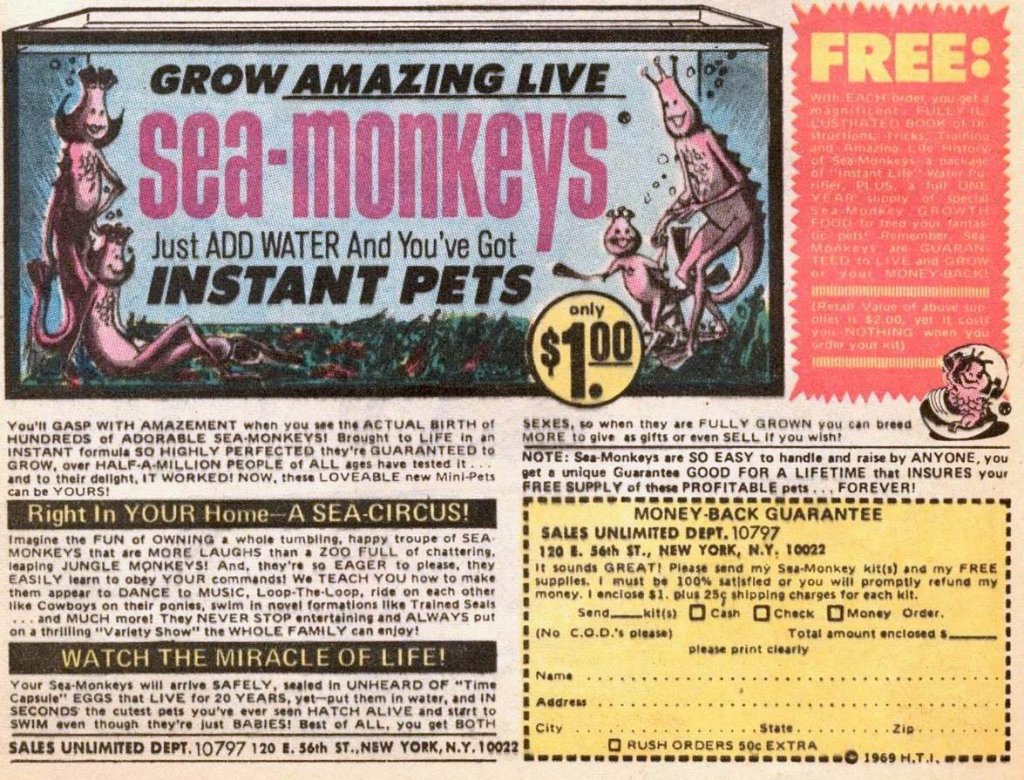