By the time Adam Green made Hatchet in 2006, we’d grown out of the backwoods killer subgenre. Films such as Just Before Dawn and Madman had given way to shockers like Wrong Turn. Green’s movie brought the flavour of Friday the 13th and the slasher film and mixed in the mutant murderer in the woods aspect of The Burning while laying the foundation for a franchise that would delight gorehounds for years to come.

The secret of Hatchet’s success is in its simplicity and familiarity. We’re presented with a whole host of genre tropes and even some familiar faces, but what it does so well is deliver on all its promises.

From the get-go, when we see a pair of fishermen trying to bag a big alligator in a remote New Orleans swamp in the dead of night. The father and son (the former played by genre legend Robert Englund) soon fall foul to something unseen and monstrous.

Meanwhile, it’s the Mardi Gras celebrations in the town, and all kinds of drunken merriment are taking place. Beads are being traded for flashes of boob, and the whole city is having fun. Except for Shaggy lookalike Ben (Joel Moore) that is. He’s still mourning his split with his girlfriend, and he wants to see the real side of the Big Easy; he wants to go on a trip through the haunted bayou. He manages to convince one of his friends, Marcus (Deon Richmond), to come along with him, albeit against his better judgement. They call on the local tour guide, the Reverend Zombie (played by the Candyman himself Tony Todd, and yes, the name is a nod to Rob), but unfortunately, because of some ‘incident’ (he was sued for a health and safety issue), he has stopped taking groups out into the swamp. The Rev suggests they try further across town to Marie Laveau’s House of Voodoo, which turns out to be run by the less experienced but certainly flamboyant Shawn (Parry Shen). They’re in luck since he’s just about to leave with a motley group of tourists: an elderly couple, a porno filmmaker and his vacuous models (one played by Buffy’s Harmony, Mercedes McNab), and Marybeth (Amara Zaragoza, billed as the easier to pronounce Tamara Feldman). Marybeth has her reasons to take the tour, as she’s the daughter of the pair killed in the prologue.

As the group getting further into the swamp - ignore the shouted warnings of a local hick - they become stranded when the boat hits a rock, making it even more apparent that Shawn has little clue about what he’s doing or what he’s gotten his customers into. Walking through the woods, they come across an abandoned house; one that used to belong to the Crowley family. Marybeth knows all about the legend of Victor Crowley, the poor unfortunate child who lived there.

Suffering from a rare deforming disease, Victor was kept hidden away by his father (seen in flashback played by Kane Hodder, who also portrays the older Victor) but one night, a group of cruel kids threw fireworks at the house to scare the poor child. When his father Thomas returned to his burning home and hearing the screams of his son, he attempted to rescue him by chopping at the front door. Unfortunately, Victor was right on the other side of the wood and caught a hatchet to the bonce. Thomas died of a broken heart later, and since then people have been going missing, and the locals are convinced Victor haunts the area, still screaming for his daddy. The swamp area was sealed off and declared illegal to be in, which explains why there are no other boat trips!

As the group attempts to get to the main road and safety, they begin to meet some very gruesome ends, much to the delight of the audience, of course.

Although Hatchet is almost the definition of the slasher film, it wasn’t that genre that influenced writer-director Adam Green the most. “While I may have grown up on a healthy diet of all of the great slashers, my two biggest influences for Hatchet were actually not slasher films at all.  John Landis’ An American Werewolf in London and Tom Holland’s Fright Night were the two films that influenced Hatchet the most,” he told us. “The fact that those movies contained so much comedy made them massively entertaining, far beyond what audiences had come to expect from those subgenres. There may be nothing funny about Victor Crowley himself, and the violence/gore may be turned up to eleven, but Hatchet has a comedic edge that very few slasher films that came before it (intentionally) had.”

It was a slasher that influenced the look of Victor Crowley, though. Green describes the makeup design as a cross between John Merrick (the real-life Elephant Man) and Rocky Dennison (whose life was depicted in the Cher film Mask). He wanted the audience to feel the same shock they felt when they first saw the unmasked Jason come crashing through the window at the end of Friday the 13th Part 2. It’s a repulsion at how he looks, but within the Crowley story, there’s the empathy we feel for both Merrick and Dennison, too.

Slasher films had fallen out of favour, and Green was met with some resistance when trying to get it made initially. “The trend was leaning towards no more slasher-in-the-woods-type stuff. My reps basically told me that Hatchet wasn’t going to happen,” he explained, “I then got Kane Hodder attached and the producers, and I made a mock trailer. We made that trailer for literally $4. That’s what we used to get the horror community talking about the film and then it was a little easier to get the money to make it. So, I went to my industry connections and told I got the money to make this now!”

What Hatchet had was some bloody effective gory kills - all done with prosthetics and in-camera ingenuity. Audiences saw people being torn in two, hacked in half lengthways, a head being ripped open from the mouth backwards not to mention one being twisted like a bottle top, arms ripped off and gallons of plasma thrown over nearby trees to emphasis the carnage. We lapped it up. 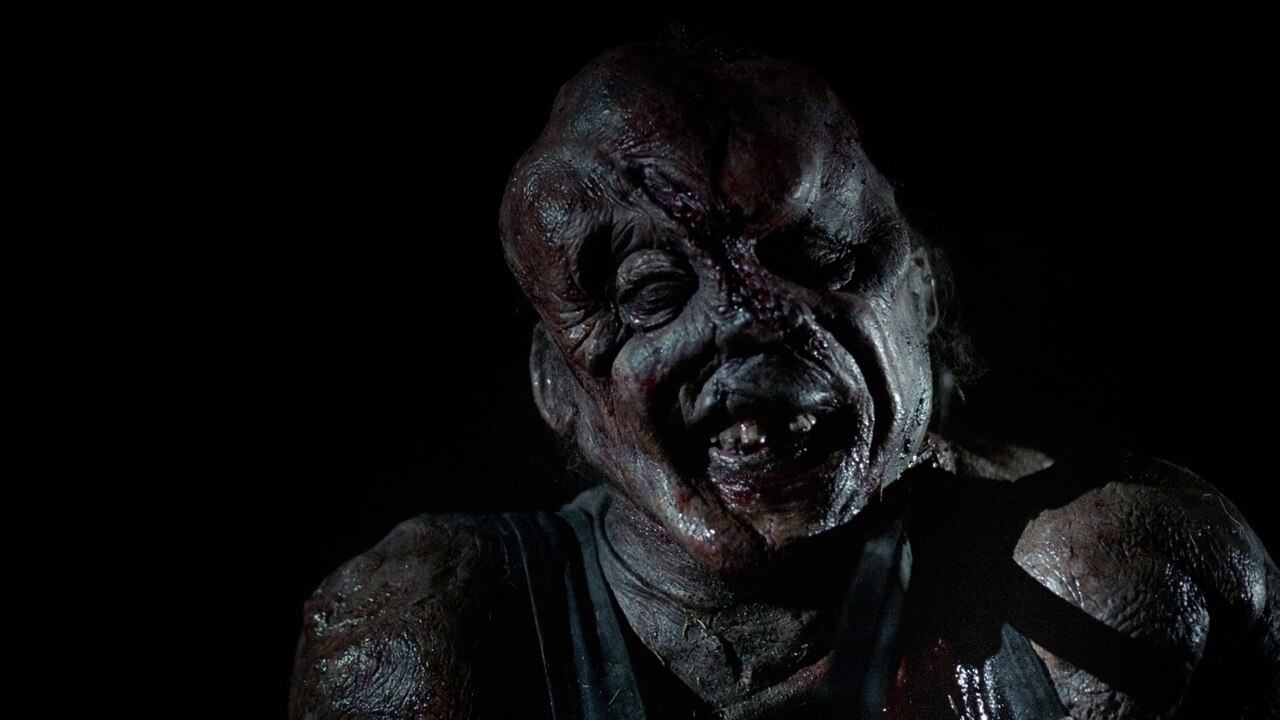 Hatchet wasn’t a commercial success initially. Horror fans got it; it was a hit at all the festivals, and while it took a little longer for the rest of the film-watching public to latch on to the movie, it found an appreciative audience on DVD. It was a perfect storm; horror fans had been chomping at the bit for a new bogeyman to slice up screens, and having the hulking Hodder under the horrific makeup was a masterstroke since he was already known to fans for his portrayal of Jason Voorhees in four of the Friday the 13th movies. The home release benefitted from being released in both theatrical and ‘unrated director’s cut’, the latter containing an extra minute of that all-important gore.

Now, after over a decade, the terror is hitting UK TV screens as Hatchet finally receives a TV premiere courtesy of Horror Channel. Considering the station’s close ties with FrightFest over the years, it’s only fitting. It’s surprising, however, since the sequels have already been screened. Green is ecstatic, though, “I’ve always said that even though Hatchet may have world premiered at the Tribeca Film Festival in NYC, it was at FrightFest in London where Victor Crowley was truly born. FrightFest was ‘the screening heard around the world’, and the UK audience was so enthusiastic over Hatchet that every genre festival on the planet seemed to call asking to program the film the very next day. A decade and three sequels later, it’s about time that the film plays on Horror Channel, which feels like its natural home.”

And as we mentioned, sequels did indeed follow, much to the delight of fans. Hatchet II and III were released in 2010 and 2013, respectively. Scream Queen Danielle Harris replaced Zaragoza as final girl Marybeth and Parry Shen returned as an entirely different character. Green himself had already had these planned, however: “A major reason why the Hatchet sequels have succeeded is that they were planned out from the very start. In the first film, I actually showed some of the weapons that Victor wouldn't actually use until the later films and I held back crucial elements of his mythology to be revealed later on down the road. Of course, it was also a risky move given that there was no way of knowing if I’d ever get to make the sequels.” The latter was only written by Green, however, but was still an entertaining gore-filled romp with his stamp all over it. The trilogy complete, everybody thought they’d seen the last of the hulking swamp monster. 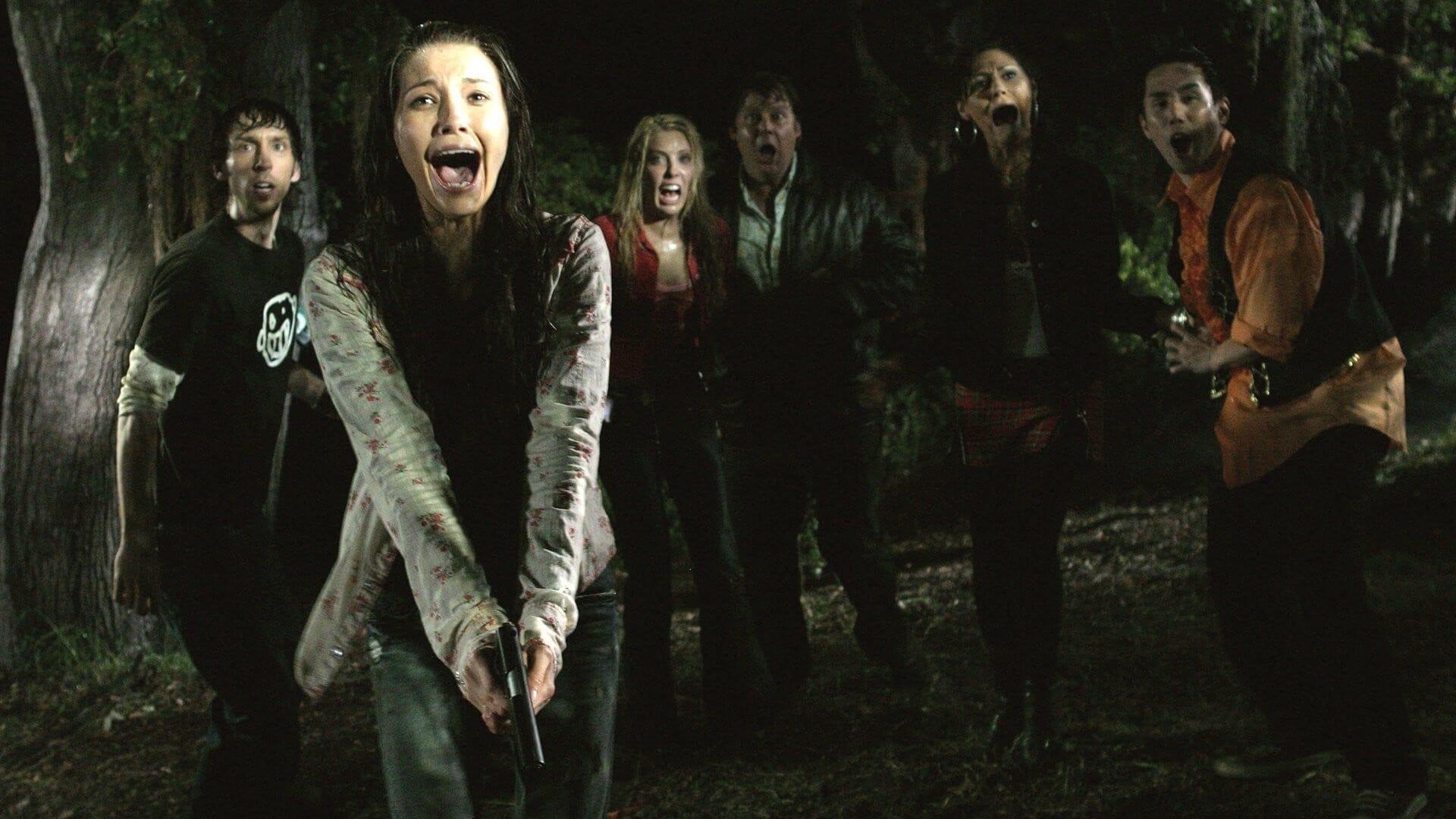 Then in 2017, out of the blue, came a fourth instalment, merely entitled Victor Crowley. At that year’s FrightFest, Hatchet was originally listed as being screened in a special 10th-anniversary version with never before seen footage and extended death scenes that were cut from the film before it even hit the festival circuit. Just before the screening, however, it was revealed that it would be, in fact, a brand new Hatchet film getting its European premiere at the illustrious horror gathering (the world premiere happened a few nights before at Hollywood’s ArcLight Cinema at another event similarly advertised as an anniversary celebration.

The fourth film is set ten years after the trilogy with Shen’s character being the only survivor of the original carnage. The return to the swamp was in a way prompted by the sad passing of Wes Craven. It was another late legend, however, who initiated the process: “The reality that our idols are not going to be here forever was suddenly very real. You start asking yourself, ‘Well, what have we done that even matters?’ For months, I was really in a depression, thinking that nothing we’ve been doing really matters, that it can’t compare,” he explains, “Then, at Rock and Shock, which is a convention in Worcester, MA, I wound up being asked to moderate George Romero’s panel. After the panel, George said, ‘I know you’ve been going through a rough time, I know you’ve been taking Wes’ passing personally - you have to get over that, and get back on your feet.’ And as part of his pep talk, he had said, ‘So, where’s the next Crowley picture?’ And I said, ‘There isn’t going to be one, I’m done with that.’ And he pointed to this standing ovation in the audience, and he said, ‘You’ve got to understand, ’til they say it’s over, it isn’t.’ 48 hours later, I’m back in LA, and I’m sitting at my desk, and I’m typing ‘Ext. Honey Island Swamp. Night.'”

After over a decade, it’s hard to recall the impact Hatchet had on horror cinema. It took us back to the gory heyday of slashers while also driving forward with physical gore effects (Green’s no CGI rule is immensely rewarding) and giving us a new bad guy to be afraid of. The mix of scares and laughs is pitch-perfect and Victor Crowley, ever silent, is one of the most terrifying bogeymen of recent memory. Here’s to the next instalment!

We’ve got one Blu-ray copy of THE WOMAN IN BLACK to give away in our ...