John Robertson is best known for his smash-hit comedy show The Dark Room, a pastiche on early computer adventure gaming. His latest project is a bizarre yet hilarious children’s novel called The Little Town of Marrowville. We got in touch to find out more.

STARBURST: Tell us about The Little Town of Marrowville…

John Robertson: A few years back, an editor named Gary Panton at Penguin turned out to be a big fan of my show The Dark Room. He was looking for someone to edit a Roald Dahl anthology and I put my hand up. He messaged back to say “Yeah, you didn’t get the job, but if you ever have any ideas for a kid’s book please let us know.”

At the time I was all “But I’m a grungey alternative comedian. I swear and I’m dark and I work with chasms of the human soul. And retro gaming. So a part of me was all ‘I’m not going to write a kids’ book”. Then he messaged me a second time and I was like “My god, Puffin aren’t going to message three times. I better come up with something.” So I wrote a thing where horrible six-fingered father named Howard Howard met his gruesome and funny demise and his children were happy about it. And they said “Gee that’s good. Why don’t you write a whole book.” So I did.

It is quite a gruesome book in place, though in a good way. Where does come from?

Well that comes from the history of children’s literature. Terry Pratchett said a very smart thing, which is kids love blood. I used to read Norse myths when I was a kid and that was the best thing in the world at age eight. It was so funny. My dad was a priest and we where being told that God was a being that created the Earth and it just was. Whereas the Vikings are all ‘and then Odin tore out the throat of Ymir the colossal giant and the stars are his entrails’. That kind of thing, when you’re eight, is very funny.

There’s a very apocalyptic feel to all your work. What is it about laughing at the darkness that appeals to you?

Every aspect of it. Darkness isn’t something to be shied away from. To look at death and have a wry smile on your face, I think is a wise thing to do. In terms of Marrowville, I think occasionally people don’t write for children. They write for what they think children are. I think you look back at your own childhood with rose tinted glasses and think everything was light and bunnies and flowers. I was an appalling little shit. I’m writing stuff that is as dark as I liked it when I was a kid. I wrote a story when I was ten years old. It was about a man stuck on a desert island who jumped off a cliff. He wasn’t trying to die, He was just trying to escape. He landed on a stick, and stick was stuck in his eye. My teacher said to me she enjoyed the story because the man was just walking around with this stick poking out of his eye which he didn’t seem to mind and it wasn’t mentioned again. That tickled her. Cartoonish violence.

I don’t like to patronise kids - when I was growing up, we all knew children who had mean dads - this guy liked to yell, this guy was scary, etc. - so it’s something I think all children are aware of - so in Marrowville, I wanted to give kids a funny way of getting rid of those guys. And if it could make you want to throw up your breakfast a little, that’s good too.

The art in Welcome to Marrowville suits perfectly. How did it come about?

That's one hundred per cent Louis Ghibault. A bunch of different illustrators were suggested and Louis was by far the best. He’s absolutely fantastic. He really encapsulated the heart and the gore of Marrowville. I know we keep talking about the darkness but so help me, there’s a lovely little story in there, even though it’s caked with jokes and blood.

There’s a sequel already planned. Will it feature more of Aubrey and Aubrey’s sister?

Absolutely, it’s their story. To be fair, it’s Aubrey’s sister’s story. It’s just one of those things. When I was creating the characters, I thought here’s a little ten-year-old boy and his fourteen-year-old sister. When I started reading it to people, they really resonated with the teenage sister who was having a horrible time with her father. I think that happens with a lot of children. I think Aubrey’s sister is me expressing that. And it’s me saying what happens when you’re actually a very capable person but you find yourself surrounded by people who are incapable but are very, very loud and domineering.

The next project after this? It is more of The Dark Room on tour. We are making a Dark Room augmented reality game. They’ll be further development on the Dark Room game on Steam, because we’ve just got some grant money for that. And I’m working on the Island Next Door to the Little Town of Marrowville. Touring, novel, video game, other video game. I’m doing well for someone who doesn’t have to get off the couch to go to work.

How different is the stage work from writing?

Sitting down and writing a novel, aside from getting out and performing live to a group of people who are happy to see you, is just the single most pleasurable activity. I disliked the process of writing stand-up comedy to the point that I stopped doing that and started improvising. But just sitting down and getting to be in your own world and taking the time to work out the architecture or how ugly and bumpy a bad guys nose should be or coming up with an appallingly gruesome thing for a disgustingly sweaty man to do is a really fun activity. And then you have to figure out how you make a capable fourteen-year-old and their idiot ten-year-old get out of this one. It’s fun. I just sat down and had a really wonderful time.

Why is geek culture on the rise?

It’s a got a lot to do with exposure. The Internet has given us a lot of things, and never underestimate the sheer power of Disney buying something. If you want something to go mainstream, have the Mouse run it. You sometimes get these moments where superheroes start to inform the zeitgeist. I just get the impression where a lot of really good commercial understandable art has come out and thanks to the Internet people are doing their research. And theirs no longer the shame attached to these things. There’s people down my gym wearing Tony Stark T-shirts.

If you got to play in someone else’s sandbox and create something for an established franchise, what would it be?

To be fair, if anyone gives me their sandbox, they’re going to wake up tomorrow with the sand in every crevice and all of the characters dead and exploded. I would absolutely love to jump aboard just any Star Trek franchise. I would finish Deep Space Nine. I’d bring Sisko back, brutally aged and have a wonderful time. Deep Space Nine was the first Star Trek series where people were violent, flawed and occasionally had libidos, and now we are in an age where you can actually have that on television. Hot damn!

The Little Town of Marrowville is out now and reviewed here. The Dark Room will be at the Edinburgh Fringe throughout August and touring the UK afterwards. 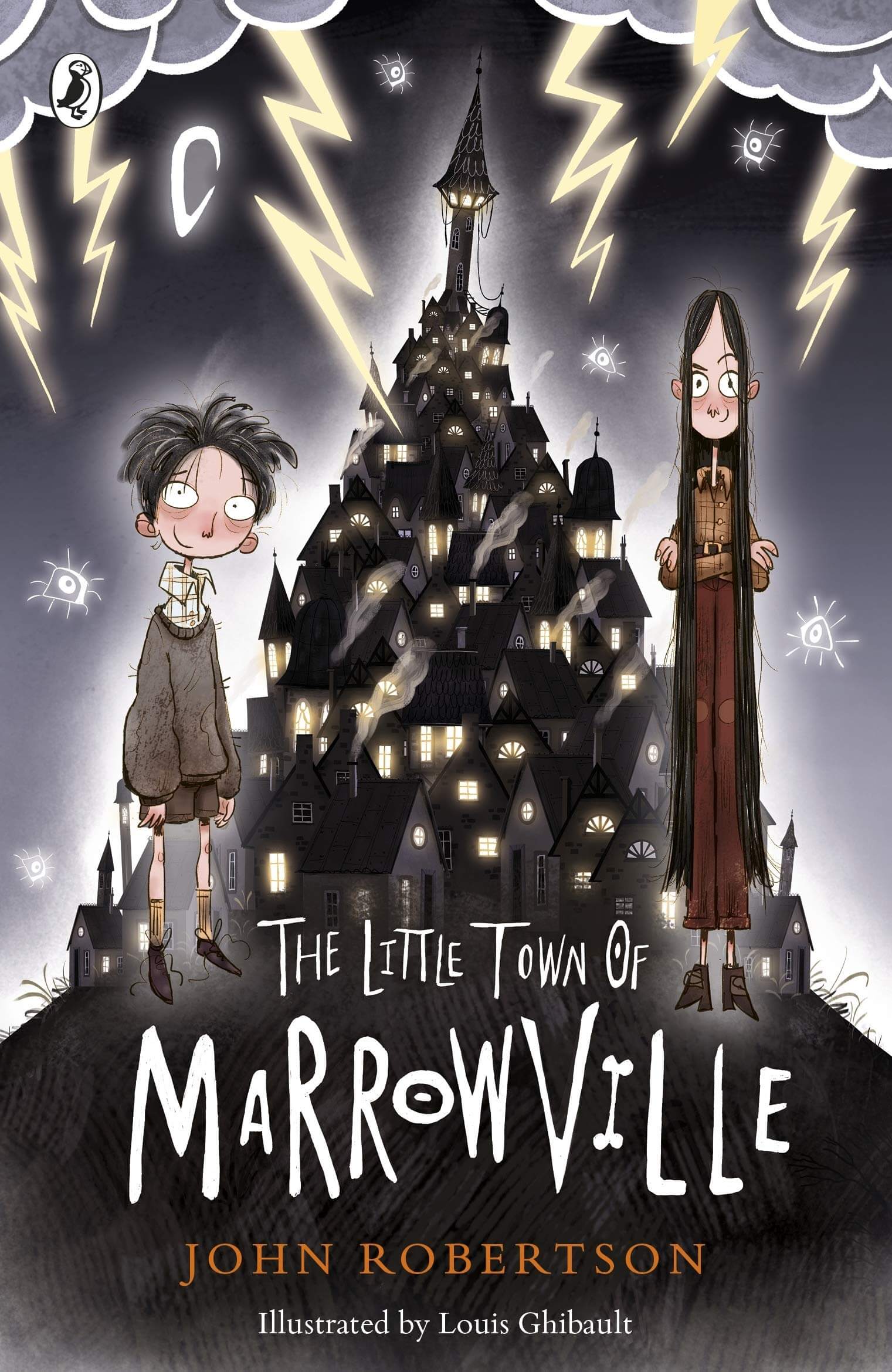