Demon Records has announced the release the full-cast BBC Radio dramatisations of the celebrated His Dark Materials trilogy. Pressed on 9 x 180g Heavyweight Daemonic Dustburst Splatter Vinyl, the box set will be snapped up by eager fans. The Amazon exclusive edition will also include a standalone art print signed by author Philip Pullman (limited to 500 copies).

Philip Pullman’s bestselling trilogy of books has sold more than 19 million copies worldwide and formed the basis of the major HBO/BBC TV series His Dark Materials. Now, this stunning 9LP box set presents BBC Radio’s full-cast dramatisations of all three novels. Follow the adventures of Lyra Belacqua and Willy Parry, two children catapulted into a life-or-death struggle to save the future of the Cosmos. In Northern Lights, 11-year-old Lyra discovers dark forces at work, involving kidnapped children and a mysterious substance called ‘Dust’. In The Subtle Knife Will finds an opening into a haunted world, where daemon-destroying Spectres roam. In The Amber Spyglass, Lyra and Will must find each other and journey into the World of the Dead. These thrilling adaptations star Lulu Popplewell as Lyra, Terence Stamp as Lord Asriel, Emma Fielding as Mrs Coulter, Daniel Anthony as Will and Bill Paterson as the Master, with a large supporting cast. Three lavish gatefold sleeves feature Dust-inspired illustrations, spectacularly realised in metallic copper ink, plus full cast and production details. Each of the nine heavyweight 180g discs comes on Daemonic Dustburst Splatter Vinyl and is housed its own illustrated inner pocket.

The set will be released on March 27th and is available to pre-order here. 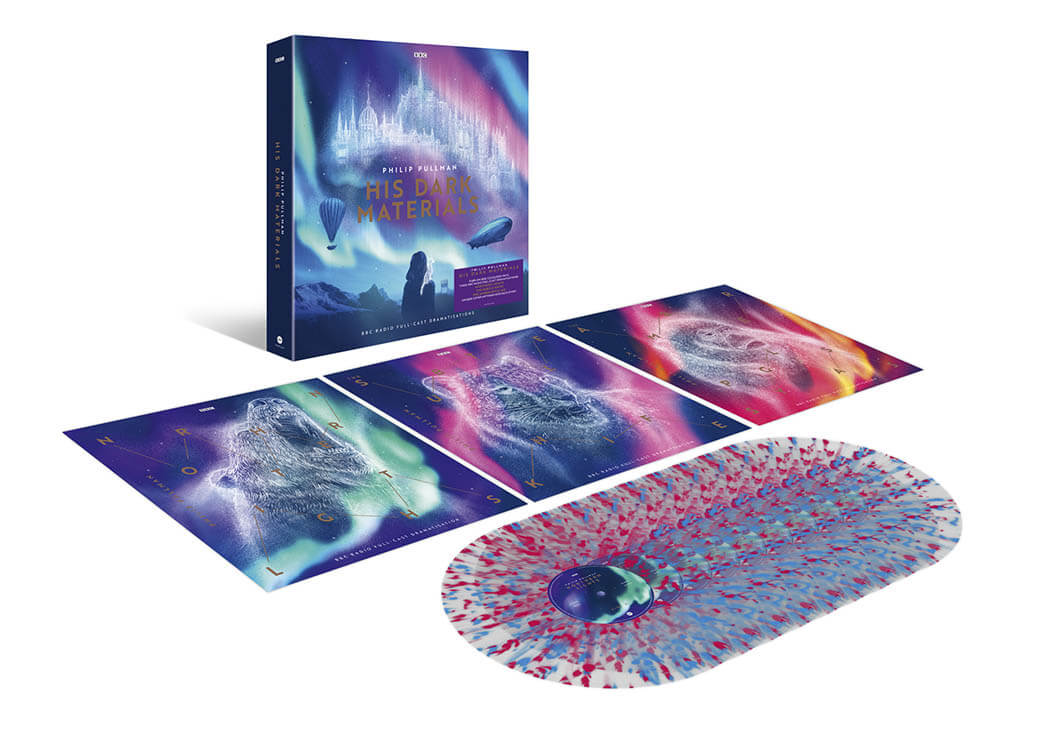