Experience a heart-pounding tale of survival from the producers of 47 Meters Down where sacrifice may just be the only way out. A fast drop and a sudden stop awaits Becky (Grace Fulton, Shazam!) and Hunter (Virginia Gardner, Halloween) as they find themselves trapped 2,000 feet up an abandoned radio tower in the desert. Highly trained and resourceful, these climbers marking the tragic passing of a friend were not ready for every eventuality. A series of unfortunate events see their gear and supplies taken from them and as temperatures rise and vultures begin to circle, the chance of survival begins to fall rapidly. Also starring Jeffrey Dean Morgan (Watchmen), Fall is produced & directed by Scott Mann (Final Score) and written by Scott Mann and Jonathan Frank (Final Score). 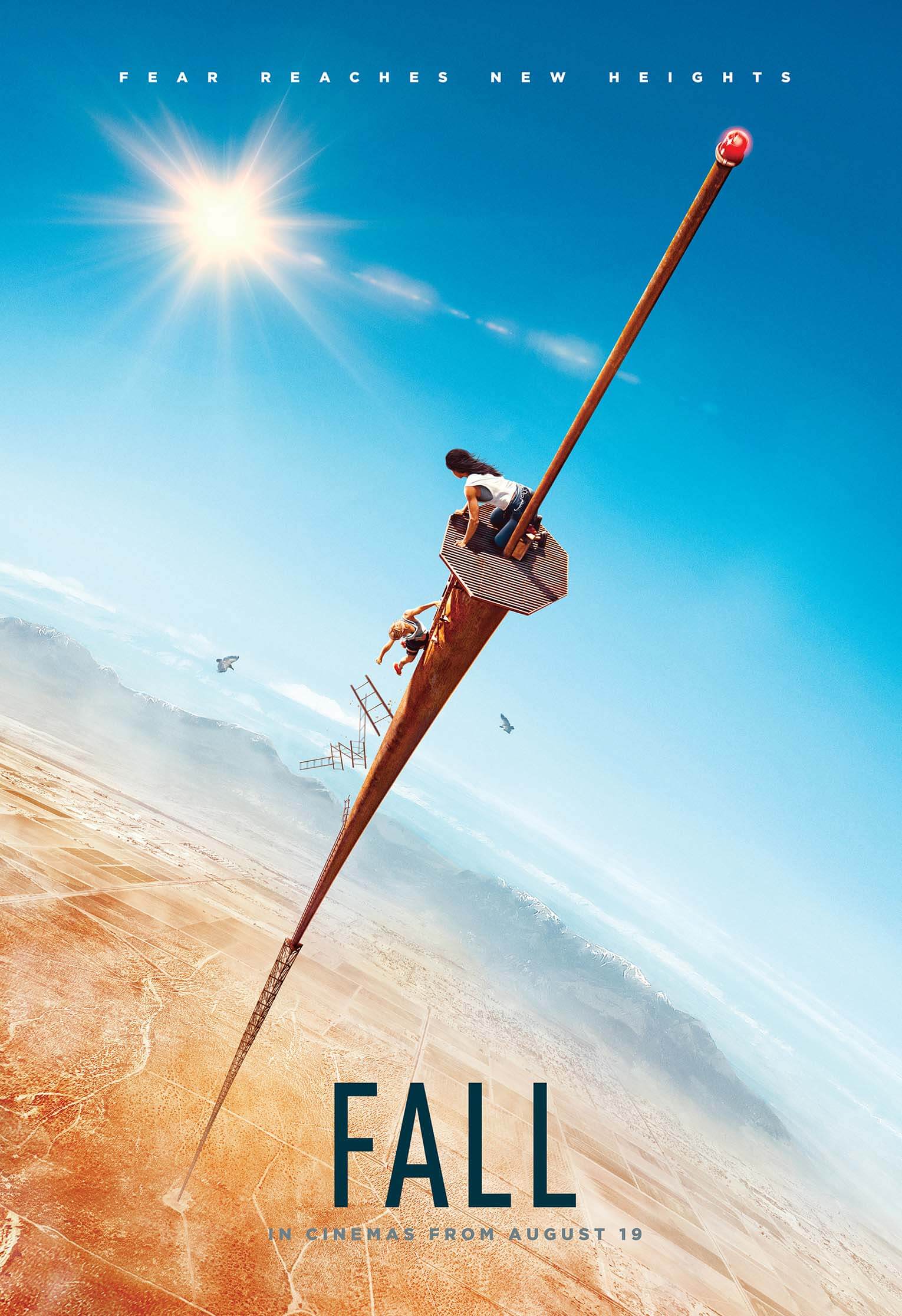