Sinister and Doctor Strange filmmaking duo Scott Derrickson and C. Robert Cargill re-team for their brand new Blumhouse horror movie, The Black Phone. Adapted from a 2004 award-winning short story by Joe Hill (son of Stephen King and author of NOS4A2 and Horns), The Black Phone is due to release in cinemas February 4th, 2022 and stars Ethan Hawke as the "Grabber" – a child snatcher and murderer with a fondness for creepy masks and black balloons. 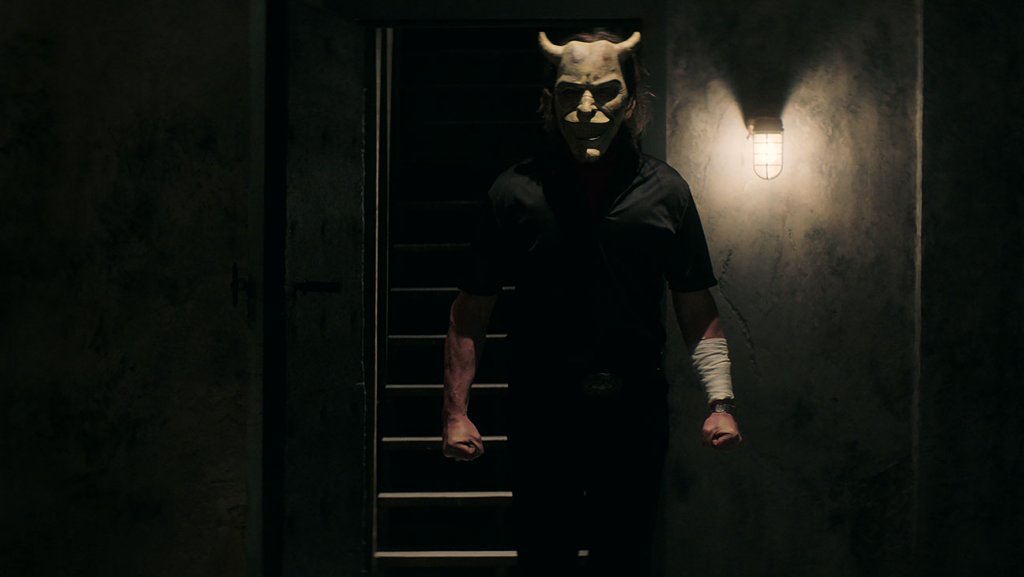 After five children go missing in a 1970s suburban town in Colorado, 13-year-old Finney Shaw (Mason Thames) is soon to become a serial killer's sixth victim when he is kidnapped imprisoned inside a soundproof basement. Finding a disconnected phone, Finney discovers its ability to transmit the voices of the killer's previous victims, who are determined to help him escape their fate. Meanwhile, Finney's friend Gwen (Madeleine McGraw) starts having dreams that she cannot explain but that may provide the police with clues as to the killer's whereabouts.

Anyway, watch the official trailer for The Black Phone below.