The 2020 STARBURST International Film Festival is go! Tickets are on sale now for the event of the year at a special Black Friday Super Early Bird price (save £10 on Early Bird admission).

The event will take place at Social7 at the Landing at Media City, Salford, Manchester on March 13th and 14th. Details of films and guests will be revealed in due course, but we are working on bringing you a fantastic line-up of independent films and beloved classics.

2019’s festival was a riot, with Troma’s Lloyd Kaufman and filmmaker Luigi Cozzi (Starcrash) in attendance as well as dozens of directors, actors, and producers of the films we screened.

Don’t miss out on this fun-filled festival at a very special price. Buy your pass now: https://www.skiddle.com/whats-on/Salford/The-Landing/STARBURST-International-Film-Festival/13697053/ 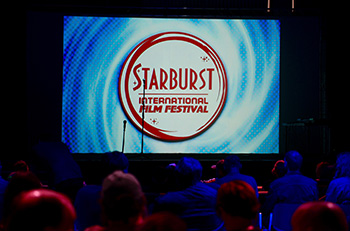