You know you’re in for a wild ride when a sociopathic killer having sex with a flame-painted Cadillac and becoming pregnant with a cyborg baby is little more than subplot. Following up her coming-of-age cannibal tale Raw with the Palme D’Or-winning Titane, French writer-director Julia Ducournau this time helms a thoughtful rumination on found family, gender, and sexuality that’s rich in disturbing body horror and violent extremes. 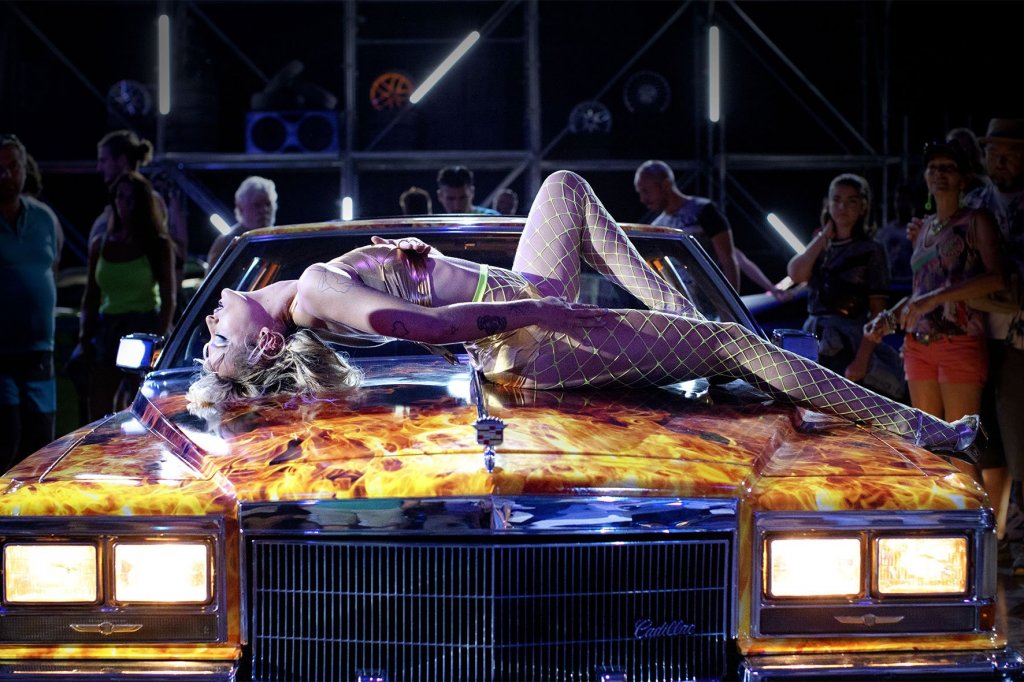 In childhood, a brutal car accident left Alexia with a titanium plate in her head and a sexual attraction to automobiles. As an adult (now played by a spellbinding Agathe Rousselle, in her feature debut), Alexia is a car show dancer with a deadly penchant for stabbing her hair pin through people’s brains. When authorities take notice after a particularly frenzied spree however, she flees and finds refuge by assuming the identity of firefighter captain Vincent’s (an excellent Vincent Lindon) long-lost son, Adrien. From then on, day after day, Alexia painfully – and increasingly gruesomely – binds her breasts and swelling stomach to become Adrien, the threat of being discovered looming heavily over proceedings.

Titane is a visceral, nauseating, darkly funny and fundamentally touching story that’s deliberately perplexing. Unpacking themes of heteronormativity, homoeroticism, gender constructions, loss of autonomy and our relationships to our own bodies with surprising fluidity, Titane painfully lays everything out in the open and leaves you to contemplate what you’ve seen long after its runtime is up.

This review was originally published in STARBURST Issue 476, which you can purchase here. Titane is out in cinemas now.