Marvel’s first Asian-led MCU entry wastes no time laying down its rules of engagement. Sure, it makes a point to throw in a couple of references to the Blip and the events of Iron Man 3 as a reminder of its tangential connection to the wider ‘verse, but Shang-Chi and the Legend of the Ten Rings has its own story to tell. Setting the opening scenes in China with the opening narration and dialogue entirely in Mandarin, Shang-Chi quietly and confidently establishes itself as a cultural milestone for Asian and AAPI audiences – subtitles are hardly a novelty, and yet their inclusion in a Disney tentpole still feels surprisingly refreshing.

Director Destin Daniel Cretton and co-writers Dave Callaham and Andrew Lanham go a step further by taking the signature Marvel fare and melding it with key aspects of Chinese culture: deploying quinggong aerobatics and kung fu fighting styles, borrowing from traditional Chinese mythology, and paying homage to the wuxia genre. The result is a wistful, fantastical visual style that’s distinctly its own. 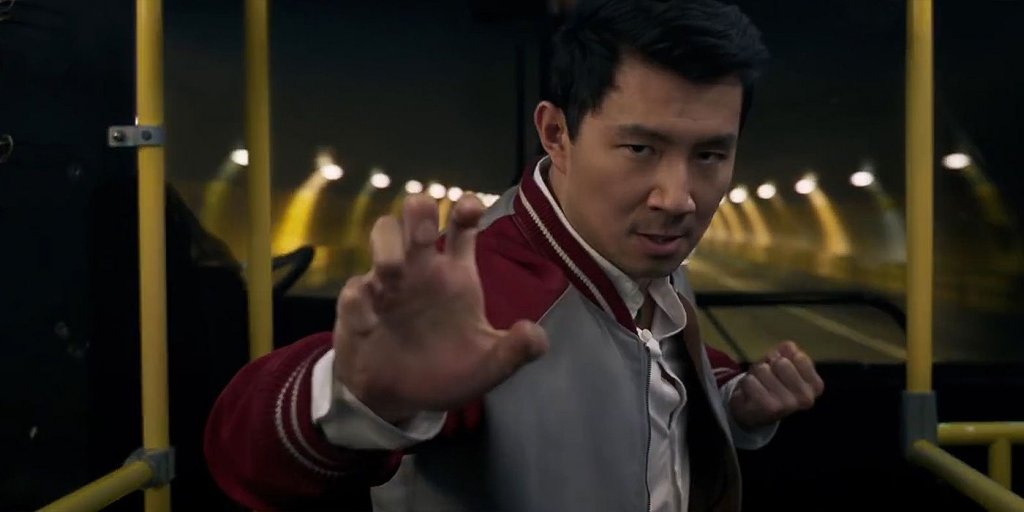 Shang-Chi (Simu Liu), whose imaginatively chosen “in hiding” name is Shaun, works as a valet-parking guy in San Francisco with his best friend Katy (Awkwafina). His covert identity is soon shattered, however, when a group of hitmen – including a large Romanian man with a retractable blade for a forearm – attempts to take the necklace gifted to him by his mother. After a Speed-style escapade, complete with cut brakes and Katy taking the wheel à la Sandra Bullock, the pair travel to Macau to find Shang-Chi’s estranged sister Xialing (Meng’er Zhang) and get some answers.

Without venturing too far into spoiler territory, Shang-Chi is essentially about two kids and their ageless father (Hong Kong legend Tony Chiu-Wai Leung, whose sex appeal even Disney cannot fully contain) reckoning with their grief – the loss of their mother and wife, Jiang Li (Fala Chen). This grief is the driver of Shang-Chi’s various narrative threads, pushing the newest MCU hero to reckon with his past and embrace his legacy.

The issue at the heart of Shang-Chi is that it cannot decide where its priorities lie: does it want to introduce a new hero into the MCU, or expand the scope of the franchise’s world-building? Wandavision and Loki may have succeeded in doing both but, with a runtime of just over two hours, Shang-Chi sets itself up for failure trying to tackle it all. 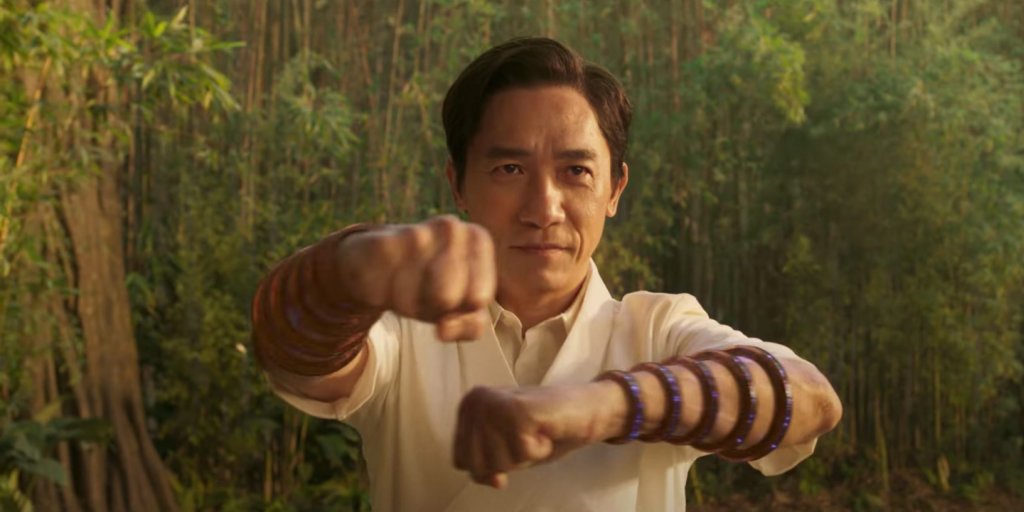 As magnetic as Liu is in the lighter and more action-driven scenes (he leaves no doubt as to whether he can carry the franchise in years to come), he gets somewhat lost in the quieter character moments. The script unfortunately gives its hero more backstory than personality, which makes it hard to reconcile the sunny, karaoke-loving man shown on screen with the darker, tortured son of Wenwu we are mostly just told about. In fact, no matter the character in question, their functional use within the story is placed ahead of genuine characterisation, while exposition is put above both. It’s only thanks to the sheer star-power and energy of the cast that the characters feel at all substantial.

The obsession with Shang-Chi’s backstory and mythology also takes its toll on the film’s overall momentum, which goes in fits and starts from stunning martial-arts sequences to extended information dumps. Which is all to say, Shang-Chi’s biggest problem is being overstuffed.

However, it offers enough thrilling set pieces, spectacular choreography, and colourful backdrops to offset any boredom. The aforementioned, confined fight scene on a speeding bus, as well as a neon-lit sequence across a skyscraper’s scaffolding, are nothing short of breath-taking: they are a fitting tribute to stunt coordinator Brad Allan’s work and memory, and an assertion of Simu Liu’s leading-man stature. 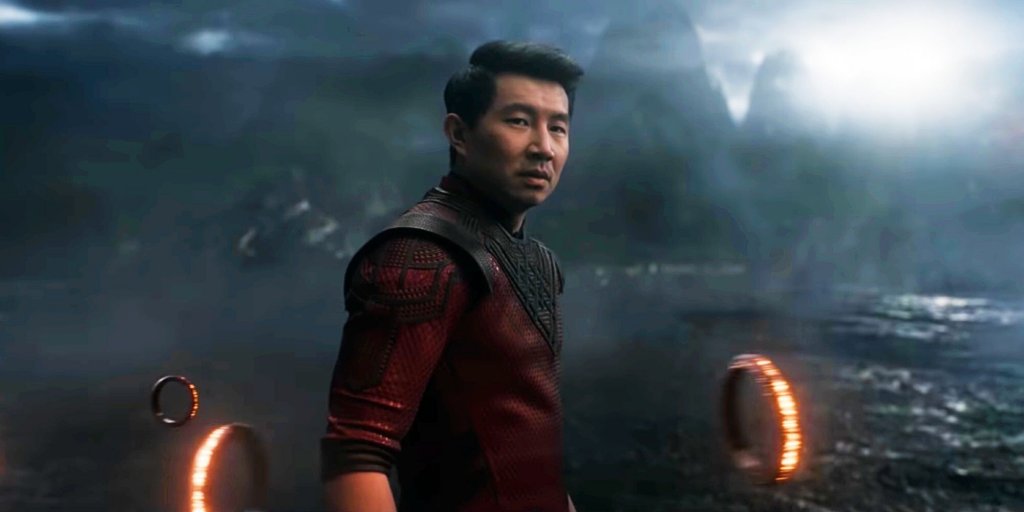 It's therefore all the more disappointing when, in its last act, Shang-Chi buries its top-calibre practical effects and stunt work in what can only be described as hideous CGI. The climactic showdown may be set in the colourful, fairy-tale village of Ta-Lo, yet Cretton insists on shooting it with a sludgy, grey haze that renders the action both ugly and incoherent. The last thirty minutes are simply drained of the magic and energy of the first half and could even be called the worst final act of any Marvel film in recent memory.

None of this detracts from the fact that Shang-Chi and the Legend of the Ten Rings deserves credit for its push forward in big-budget filmmaking. It also counts a (mostly) impeccable choreography, undeniable star-power, and daring genre-mixing amongst its virtues. Sadly, by trying to do too much and by throwing in Marvel’s signature ‘big move’ – drowning the climax in far too much CGI – Shang-Chi sabotages its grander ambitions: it’s a fun and refreshing change of pace for the MCU, but Shang-Chi falls short of being something great.

Shang-Chi and the Legend of the Ten Rings releases exclusively in cinemas September 3rd.