Featuring a gallery of characters few other franchises can hope to match, the Marvel Universe is home to a dazzling array of monsters, and the debut book by author Kelly Knox, best known for her work in the galaxy far, far away as a staple of the official Star Wars blog, does a grand job of bringing this monstrous menagerie together and delivering a monster manual of epic proportions.

The guide is broken down into a selection of sections. 'Aquatic', features the tragic Man-Thing and Gigantus, while 'Amphibians and Reptiles' is home to some far more familiar characters including the story of Kurt Connors AKA The Lizard and the always awesome Devil Dinosaur. 'Mammals' delves into some fierce creatures of the night including J. Jonah Jameson's son Colonel John Jameson, better known as Man-Wolf, and the soon-to-be big-screen star Morbius, the Living Vampire. We take to the skies in 'Aerial'  as reptilian robot Dragon Man and the most fierce dragon in Westchester Lockheed are closely looked at, scattering fascinating information as it does so (did you know Lockheed was from the Brood homeworld, and named after the X-Men's old jet by Kitty 'Shadowcat' Pryde? You do now!) 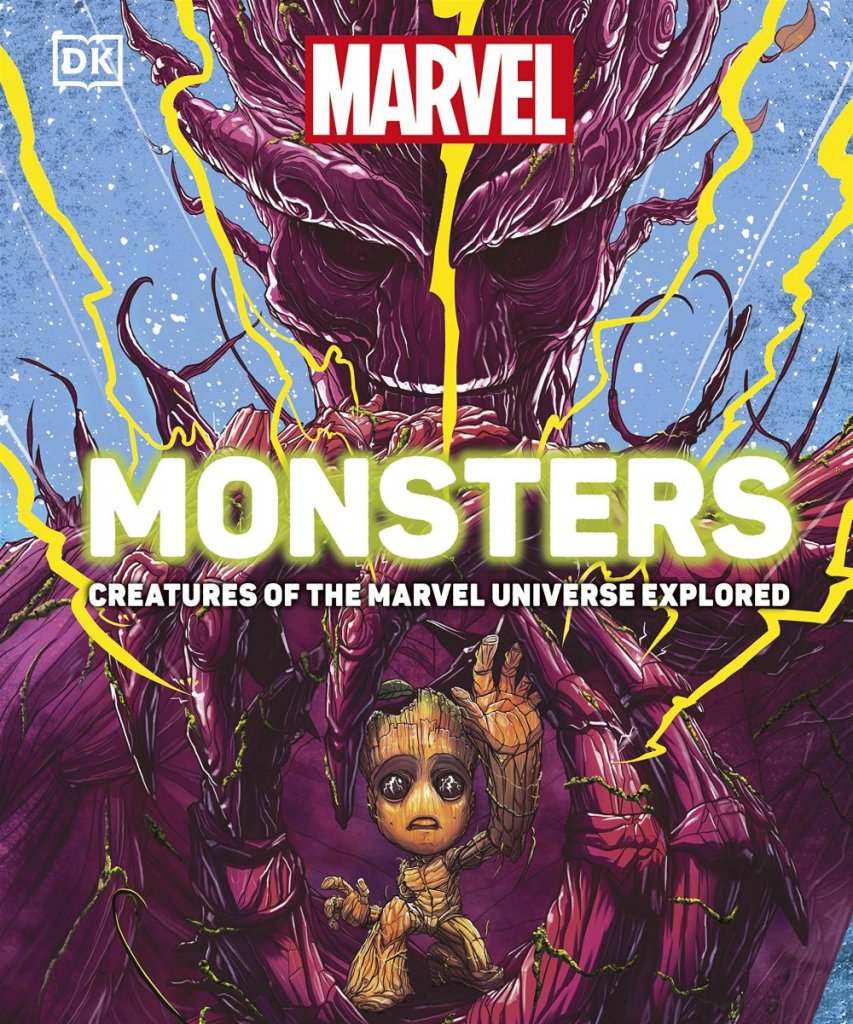 'Artificially Created' looks at those creatures brought to life by scientists, accidents or more malevolent means. You might be meeting Zzutak for the very first time, but he was around as far back as 1961 and Strange Tales #88, and no, the Green Thing isn't the vegan version of Ben Grimm's alter ego but the result of a biologist wanting to raise the intelligence levels of plants. We meet the Chitauri, made famous in 2012's Avengers Assemble but first introduced in Ultimates #8 from 2002, and another plant-based creature, albeit one far more heroic, in Groot who you may be shocked to learn first appeared in Tales to Astonish #13 way back in 1960. We'll quickly skip past Apocalypse Beast, a character the writers of Rick and Morty would likely reject for being too ridiculous, and move on to 'Monster Teams', where these behemoths pair up to cause maximum destruction. We visit the Sea of Japan and Monster Isle, and meet the Leviathons, a gaggle of mishapen monsters that includes amongst its ranks Eggplant and Glob-zilla. The Marvel Zombies, first seen in Ultimate Fantastic Four #21 back in 2005 began a whole new series of undead tales, while Marvel Premiere #28 back in 1976 brought us the League of Monsters. We wrap up this giant-sized compendium with the Hulks, including Bruce, cousin Jennifer, Totally Awesome Hulk, Red Hulk, and Red She-Hulk. Word to the wise - let them use the elevator.

This is perfect fodder for birthdays or Christmas, handsomely laid out as always by the team at DK and written with the sharp edge we've come to expect from Kelly Knox. Well worth a buy, especially considering that a large number of the creatures date back over 60 years to the earliest days of Marvel. With the film and television worlds expanding, there's every chance creatures detailed in this very book will be coming to screens near you soon, so get ahead of the curve and grab a copy before it mutates into Book-zilla.

Out now from DK Books

Critical Role is a fantasy franchise founded on getting a bunch of talented ...

Elizabeth May and Laura Lam’s follow up to Seven Devils sees the renegade ...