Nottingham Forest supporters are familiar with the insult 'sheep shagger' being tossed about when playing rivals Derby County, but Valdimar Johannsson’s Lamb gives the phrase a whole new meaning…

The introduction to Johannsson's feature-length directorial debut is shuddering. In the first of its three chapters, we follow an unknown, heavy-breathing entity as it makes its way past a team of horses and towards a farm. Unfortunately, the rest of the chapter drops its initial chilling pull, and is replaced by worries of 'this surely can't be it?'. We watch farmer Maria (Noomi Rapace) and her husband Ingvar (Hilmir Snær Guðnason) tend to sheep, eat homecooked meals and repeat until one of their flock gives birth to a lamb, which the couple decide to raise as their own child. It's here that the film really starts to pick up pace. It's revealed that their new child is a half-sheep, half-human hybrid... And we know what you're thinking – 'eww, the husband had sex with a sheep!?'. Not quite. The truth is even weirder, and it has something to do with the mystery, breathing being at the start.

If there's something Lamb has in abundance it's originality. There's not another film that springs to mind that is even remotely like the 2021 Icelandic drama, and because of this, there's no room to try and predict what's going to happen next (even if you did, you'd be dead wrong). The movie is also brilliant at pulling on your heartstrings. As the viewer, you feel an overwhelming amount of care towards the helpless sheep-come-toddler, named Ada, as she struggles to do things like pick up a bowl of cereal with her one hoof, and as she questions her identity. But, as Ingvar's brother Pétur – who shows up uninvited in chapter two – very plainly puts it, "What the fuck is this?" 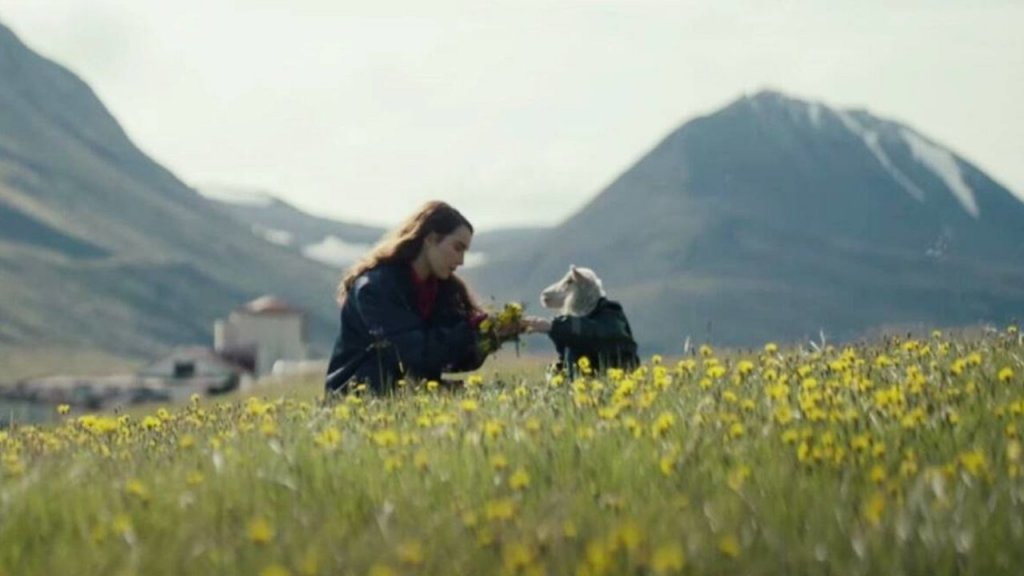 What the fuck is this film? There is no relief from the awkward intensity in Johannsson's movie, which forces the viewer to uncomfortably laugh at some of the film's sillier bits, like sheep-human Ada trying to turn off the radio. However, the biggest failure of Lamb is that it's oversimplified: Maria's nightmares about demonic sheep are not discussed; themes like masculinity and parenthood are never developed; and the relationships between the three central characters, Maria, Ingvar, and Pétur, are not fully explored. So what we're left with is little dialogue and lots of shots, albeit beautiful shots, of Icelandic scenery.

Watching Forest lose to County would be more tolerable than sitting through Lamb for a second time. So, with that in mind, it’s only three stars from us.

LAMB is released in UK cinemas from December 10th