Judge Dredd: The Complete Case Files 34 consists of thirteen different stories by five different writers and twelve different artists originally published back in late 2001 to early 2002. On top of this, it also contains a gallery of all the comic book covers and a bonus story entitled Bad Mother, originally slated for Case Files 32.

Like any collection, the art styles vary wildly throughout, there’s a good mix of humorous cartoon, standard ‘90s comic style, and other more unique approaches, such as the delightful yet short Slick on the Job, which opts for a more detailed, realistic approach, and Cheating Drokkers, which has a very early 20th century style to it.

Unfortunately, almost a third of the collection is taken up by Helter Skelter, which is fairly generic looking and certainly wasn’t going to win any awards for its dialogue. On the flip side, however, it’s jam-packed with all the action and violence that you’d expect from Judge Dredd, and it is arguably one of the most compelling stories, one that takes a much more sci-fi route with its parallel dimensions. Our vote for the best tale in the collection would have to go to On the Chief Judge’s Service. It’s well written and works well as a self-contained story, even though it does leave you wanting more. It follows Armon Gill, murdering and infiltrating his way into other lives in an attempt to carry out the assassination of Dredd at the Chief Judge’s request with a couple of nice plot twists along the way. Overall this is another solid collection for any Judge Dredd fan, or even to a complete novice of the character and his world wanting to see if it’s for them. While nothing is outstanding, and there are a couple of stinkers in the pack, it’s a varied collection that contains something for everybody. 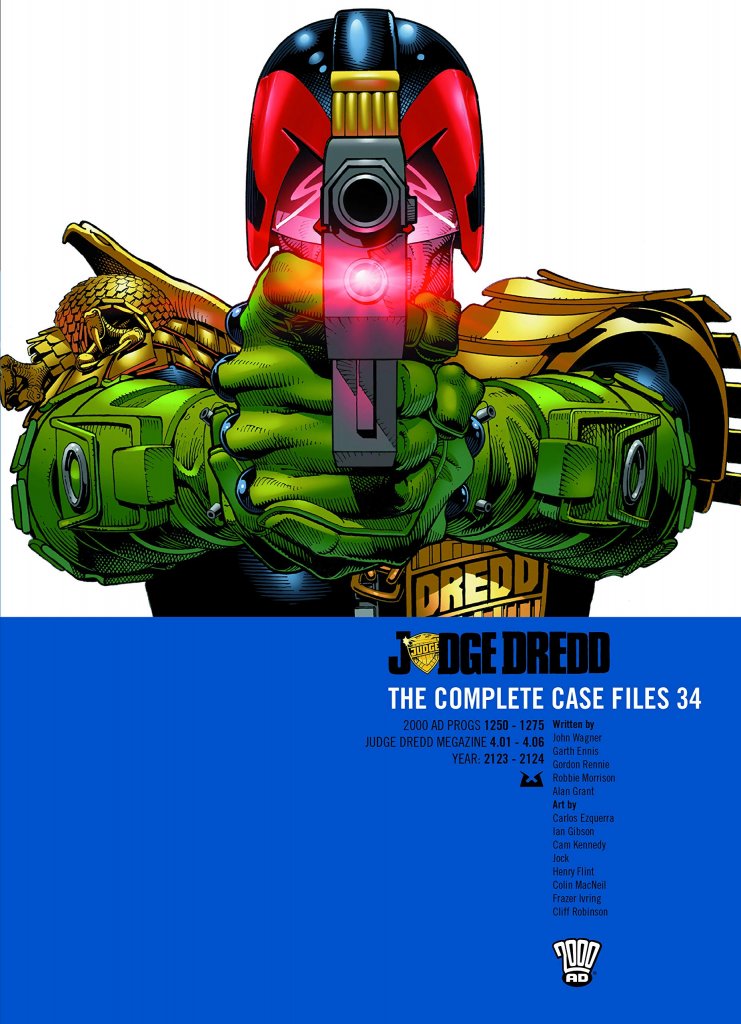