Nobody has ever done zombies quite like George A. Romero. And in the pantheon of shuffling cinematic offerings served up by this iconic filmmaker, nothing quite touches the genius of 1978’s Dawn of the Dead. Now, 42 years after its initial release, Romero’s masterpiece is getting an absolutely crammed 4K release.

To brush over the plot, Dawn of the Dead – the second of Romero’s Dead franchise – finds a small group of survivors coming together to seek solace within a shopping mall as the zombie apocalypse unravels around them. It’s terrifying, it’s engaging, it’s humorous, it’s laced in social commentary, and it’s one of the all-time great horror movies. But chances are, you’re already well aware of this.

The big question here is what does this new release of an old favourite offer up to make it a worthy of spending your pennies on. Putting it out there, this release of Dawn of the Dead is one of the most impressive collections we’ve ever seen. Both the standard Blu-ray and 4K UHD releases of this set feature four discs of brilliance, with a further three audio CDs, a hardback book, and the Dawn of the Dead novelisation.

Across this glorious set, we have the original theatrical cut of Dawn of the Dead, the extended Cannes cut of the film, and Dario Argento’s cut of the picture. All three cuts are spruced up with 4K restorations, while there is a ludicrous amount of special features collected across all four discs – with one disc consisting solely of largely new bonus material. There are new documentaries, new production featurettes, new commentary tracks, and the always-welcome addition of new discussions with Tom Savaini.

To do justice to Second Sight’s new Dawn of the Dead boxset would take far, far more words than we’re afforded here. At around £75 for the 4K UHD set and £65 for the standard Blu-ray set, this is clearly an expensive addition to make to your collection. In terms of value for money though, this Dawn of the Dead release certainly offers up a ridiculous amount of bang for your buck. 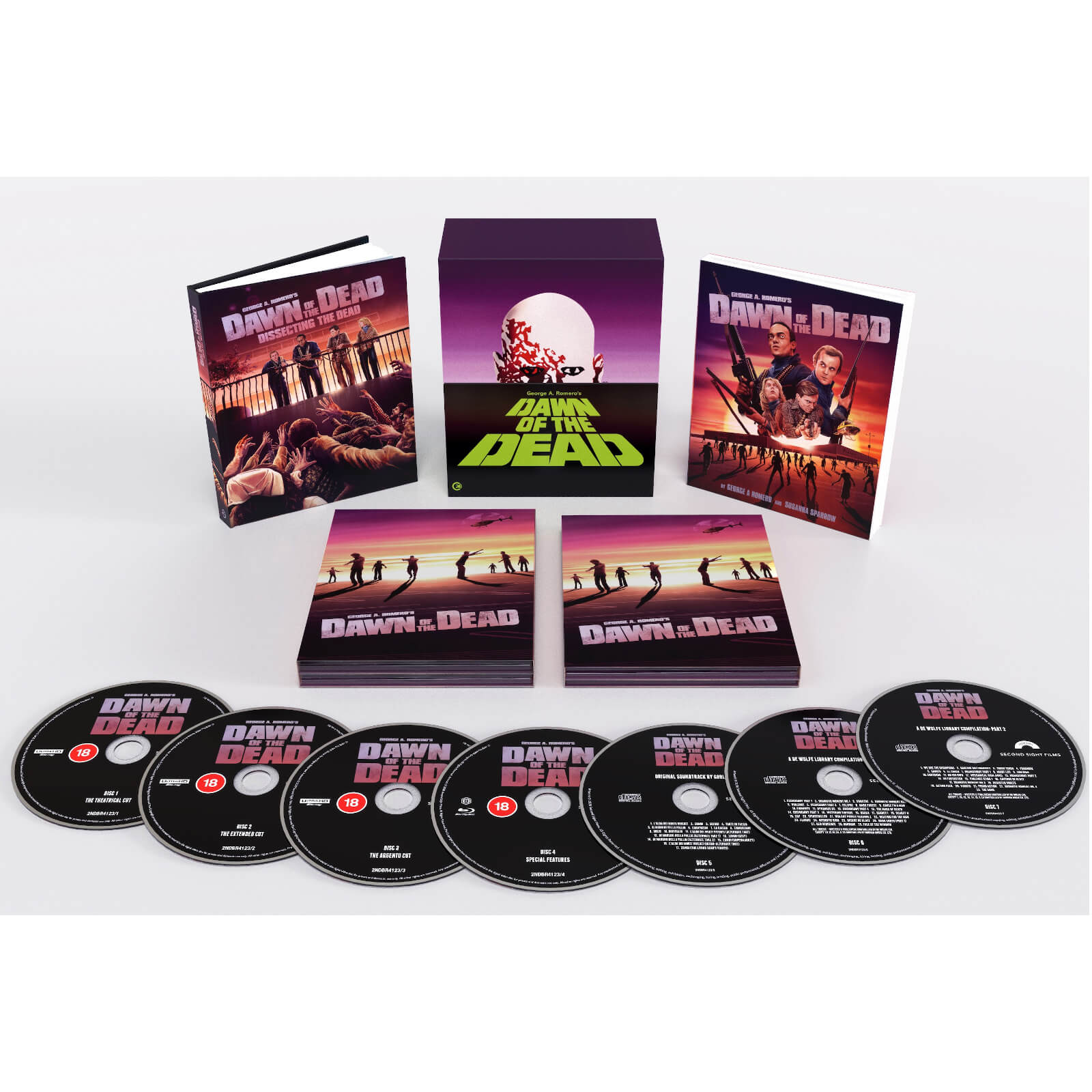 Arriving back in Britain from the horrors of the Afghan war, an Army doctor ...

Based on Travis Walton’s book in which he describes his abduction by ...