If Juraj Herz’s Beauty and the Beast can be considered as part of the illustrious Czech New Wave, then it is arguably the movement’s most ethereally magical gift to cinema. Produced 10 years after the wave’s heyday by Herz - a unique filmmaker who shared little even with his Czech contemporaries - this version of the landmark fairytale finally finds new audiences in a fantastic release by Second Run. Renamed as Panna a Netvor (directly translated as The Virgin and the Monster), this obscure 1978 take boldly but appropriately exhibits a both grim and beautiful lapse from tradition in regards to fairytale films.

The premise is utterly conventional, and perhaps even simplistic compared to Madam Leprince’s original text. The movie’s ‘beauty’, here named Julia, (Zdena Studenková) sacrifices her freedom to replace her rich father as the sole prisoner of a decrepit castle that resides in a dark forest that skirts their small village. Her captor is the mysterious netvor (Vlastimil Harapes) - a hideous bird-like monster with a split-personality, a taste for live flesh, and, quite jarringly, a sentimental eye for beauty. He’s an eternally tortured soul, ashamed by his accursed appearance and guilty of his carnivorous appetite, making his inevitable love for the gorgeous Julia at times painfully distant, and at other times, ferociously dangerous.

This unflinching look at insecurity, violence and peril is the film’s biggest claim to originality and renders the tale as refreshingly mature. As noted in The Projection Booth’s revealing commentary track, the movie could be seen as a narrative copy of Jean Cocteau’s 40s masterpiece, La Belle et le Bête. But Herz’s version is starkly differentiated by its preference for the macabre and primal. Reflected in its harsh, raw and grimy production design is a definite desire for a thematically dirtier story. 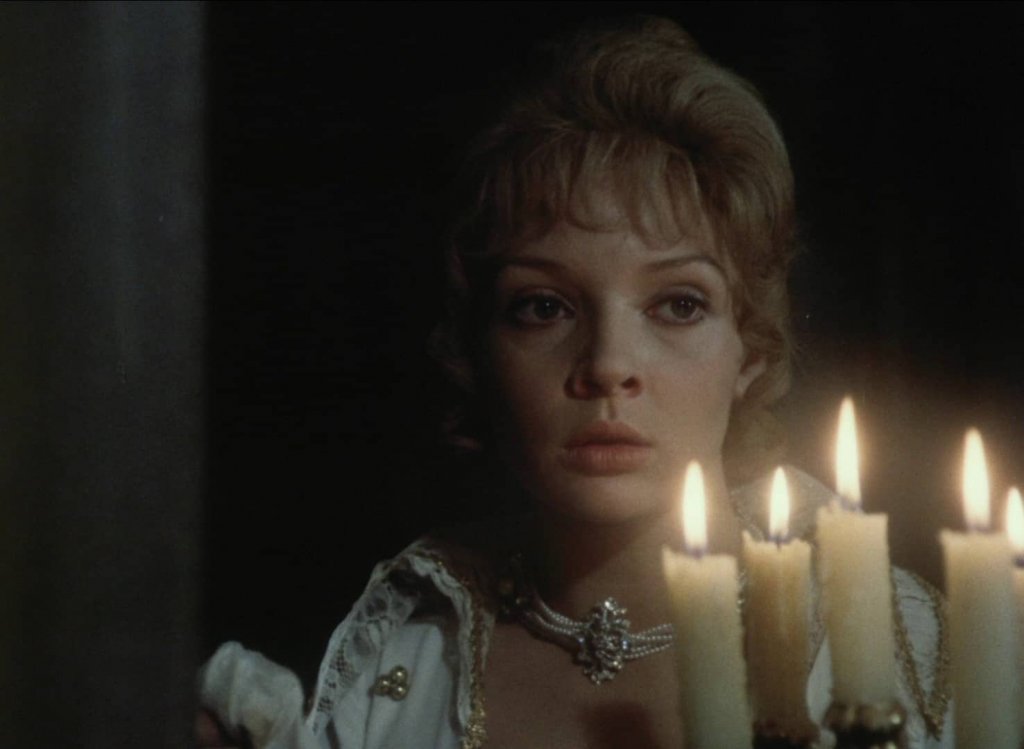 While surreal and ultimately sentimental like Cocteau’s film, Herz’s shrewdly relayed themes of violence and eroticism sets his vision firmly in the vein of the morbid tales by the Brothers Grimm or Hans Christian Andersen. From the gory butchering of animals, to the drab and squalid locations, and especially the Freudian overtones of sex and subconsciousness, Herz welcomely recalls the intrinsically unsettling nature of the fairytale - something that’s regularly been forgone in recent history, no more so than in Disney’s recent comfort-food offerings. Most frightening of all is the shocking bird-beast himself, who is so operatically different to his leonine peers that his obscurity in cinema thus far is a tragic wonder.

And yet this transgressive approach is not for gratuity’s sake nor is without levity. Warmth and heart are also present, accentuated by Studenková’s vulnerable performance and Petr Hapka’s moving, if repetitive, score - but such technical flaws are easily forgiven. The production uses a low budget to its advantage by keeping its melodramatic story contained by gritty and minimalist means, restricted to one marshy location, with few characters and predominantly handheld camerawork. The talented Herz always keeps Beauty and the Beast visual as it is visceral, making as good a horror as it is a romance, and with a story that is both fresh and familiar. It is a brilliant film that should now finally receive a triumphant rediscovery.

Out now from Second Run

THE DOCTORS – THE PETER DAVISON...