The latest publication from Korero Press launched on Kickstarter at the beginning of January and has exceeded the original goal almost 16 times over. Rayguns and Rocketships looks to extend Korero’s pedigree of releasing lavish, fantastic books that we love. Award-winning graphic designer, illustrator, comic artist, writer, and typographer Rian Hughes is the man behind the book and we’re excited by the spreads we’ve seen so far. It’s a must-have for fans of beautiful, classic space fantasy art. 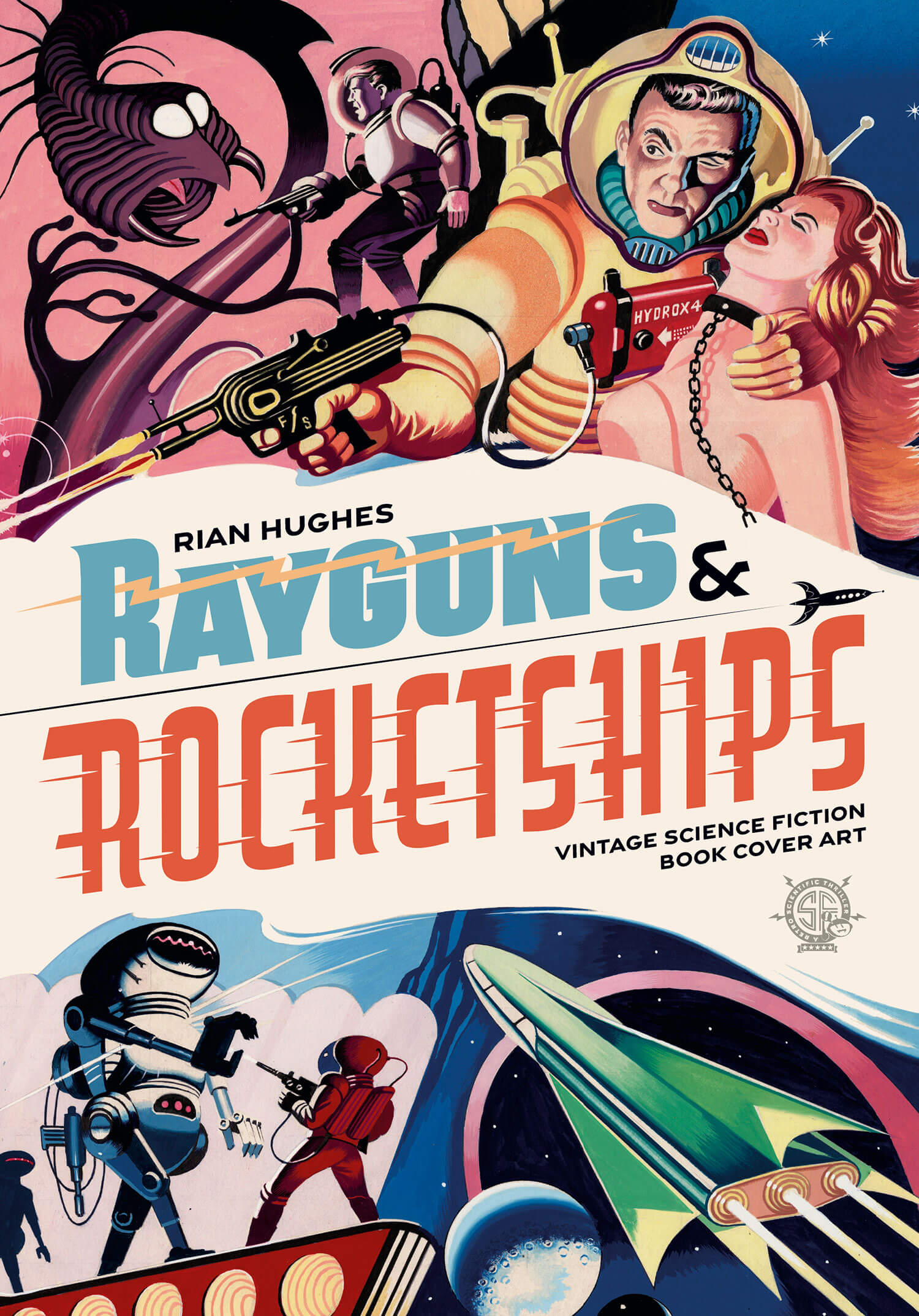 Rayguns and rockets! Spacesuited heroes caught in the tentacles of evil insectoid aliens! Who could resist such wonders? Science-fiction paperbacks exploded over the 1940s and ’50s literary landscape with the force of an alien gamma bomb.

Titles such as Rodent Mutation, The Human Bat vs The Robot Gangster, Dawn of the Mutants and Mushroom Men from Mars appeared from fly-by-night publishers making the most of the end of post-war paper rationing. They were brash and seductive – for around a shilling, the future was yours. The stories were often conceived around a pre-commissioned cover and a title suggested by the publisher, and the writers were paid by the word, and sometimes not paid at all. Titles were knocked out at a key-pounding pace, sometimes over a weekend, by authors now lost to literary history (plus a few professionals who could spot an opportunity) who were forced to write under pseudonyms like Ray Cosmic, Steve Future, Vector Magroon or Vargo Statten.

Despite the tight deadlines and poor pay, the books’ cover artists still managed to produce works of multi-hued, brain-bending brilliance, and collected here is an overview of their output during an unparalleled period of brash optimism and experimentation in publishing.

Head over to Kickstarter to guarantee your copy. 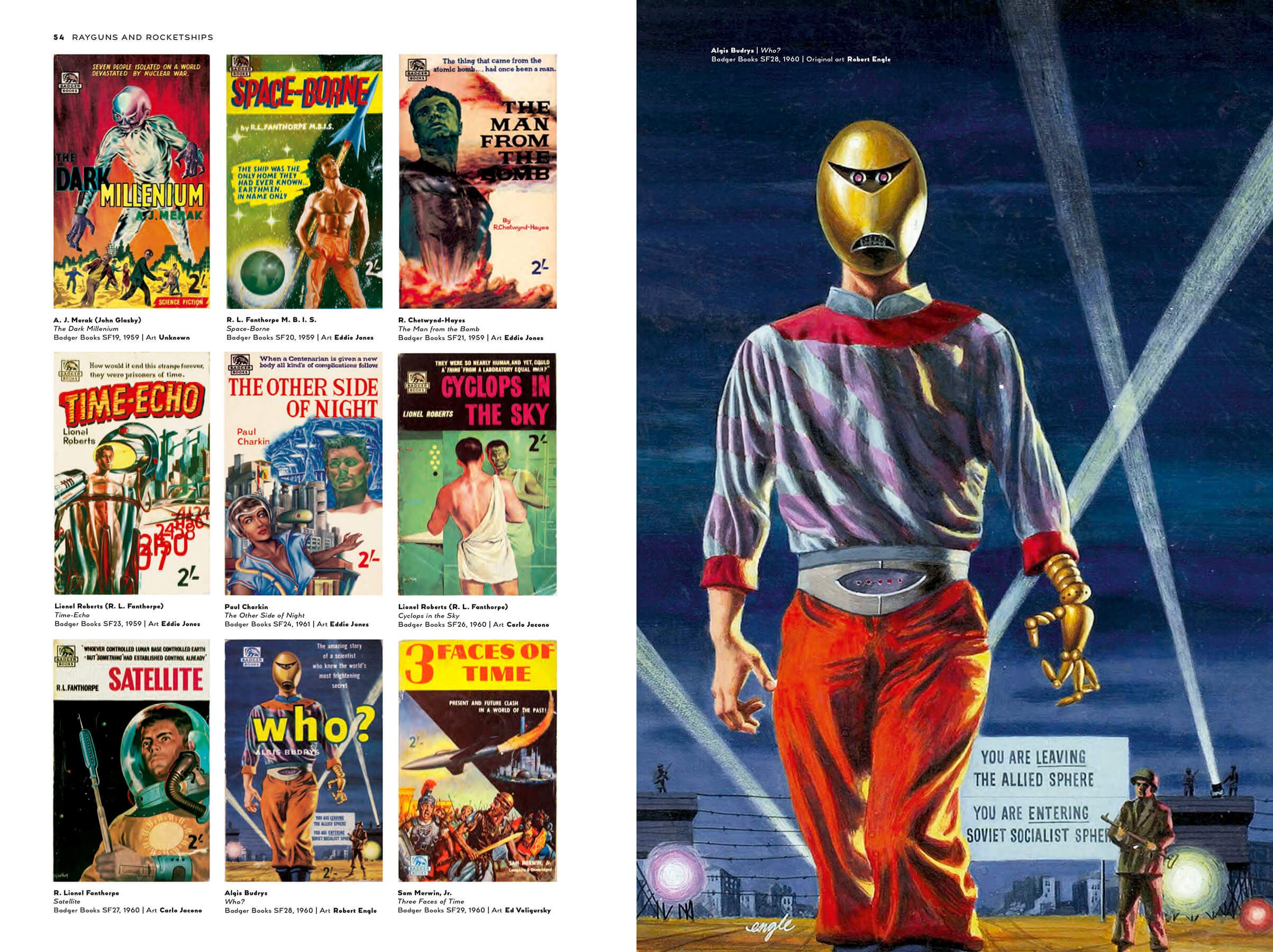