Horror Channel has announced a host of classic films for Easter weekend.

The Classic Marathon starts on Saturday April 3rd with Classic Horror Day, featuring the Universal Monsters. Being screened in the order of which they were released, they are some of the most beloved films in cinema.

Saturday’s viewing starts at 1pm with Tod Browning’s Dracula (1931), starring Bela Lugosi in the role he would become synonymous with. Frankenstein (1931) follows, with Boris Karloff making his presence felt as the sympathetic but terrifying monster created by Colin Clive’s doctor. The Mummy (1932) once again stars Karloff, both in bandages and without in this atmospheric tale. Next up is The Wolf Man (1941) in which Lon Chaney Jr suffers the werewolf curse after being bitten by a transformed Bela Lugosi. The final legendary monster is the Gill-man, the Creature from the Black Lagoon (1954), the last of the Universal Monsters who ushered in the atomic age and a shift to sci-fi when it came to shocking cinema.

Which neatly brings us to the Sunday line-up, Classic Sci-Fi Day. Starting once again at 1pm, there’s a mix of monsters and aliens. First up is It Came From Beneath the Sea (1955), which showcases the genius stop-motion effects of Ray Harryhausen. This is followed by This Island Earth (1955), where a pair of scientists are taken to an alien world to hopefully bring an end to a war with a neighbouring race. Watch out for the unforgettable Metaluna mutant! Earth vs the Flying Saucers (1956) once again has effects by Harryhausen, whose alien creations destroy even more of the US’ capital buildings than the insurrectionists did. Things get miniature with The Incredible Shrinking Man (1957), a surprisingly poignant film written by Richard Matheson and directed by Jack Arnold. The Sunday line-up is concluded with another brilliant Harryhausen creation: the Ymir. 20 Million Miles to Earth (1957) features the stunning effects we’ve come to expect from the master of stop-motion. 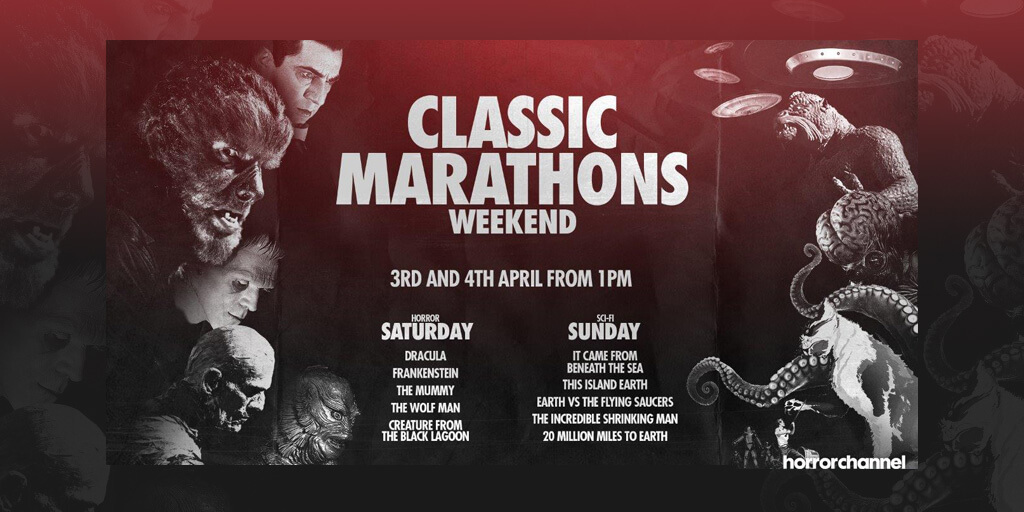