We’ve teamed up with Eureka! Entertainment to giveaway three copies of the silent classic The Last Warning on Blu-ray. Just read on, watch the trailer, and enter the competition below.

The Last Warning was Paul Leni’s final film before his untimely death, and a prime showcase for Universal’s leading lady of the era, Laura La Plante (The Cat and the Canary, Skinner’s Dress Suit). A visual artist at the peak of his career, Leni’s camera never stops shifting, offering cutaways and trick shots involving nervous could-be culprits, a highly suspicious sleuth, and cast members who suddenly disappear in the darkened theatre. The result is a cinematic funhouse that restlessly cross-examines the suspense of the story’s stage play against the “real” murder mystery saga, all unfolding amid the outstanding production design of Charles D. Hall.

Part of Universal’s ongoing silent restoration initiative, The Last Warning honours the studio’s rich film history that has spanned more than a century. Universal’s team of restoration experts conducted a worldwide search for The Last Warning’s available elements, ultimately working with materials from the Cinémathèque française and the Packard Humanities Institute Collection in the UCLA Film & Television Archive. The Masters of Cinema series is proud to present the completed 4K restoration on Blu-ray, the first time the film has ever been available on home video in the UK. 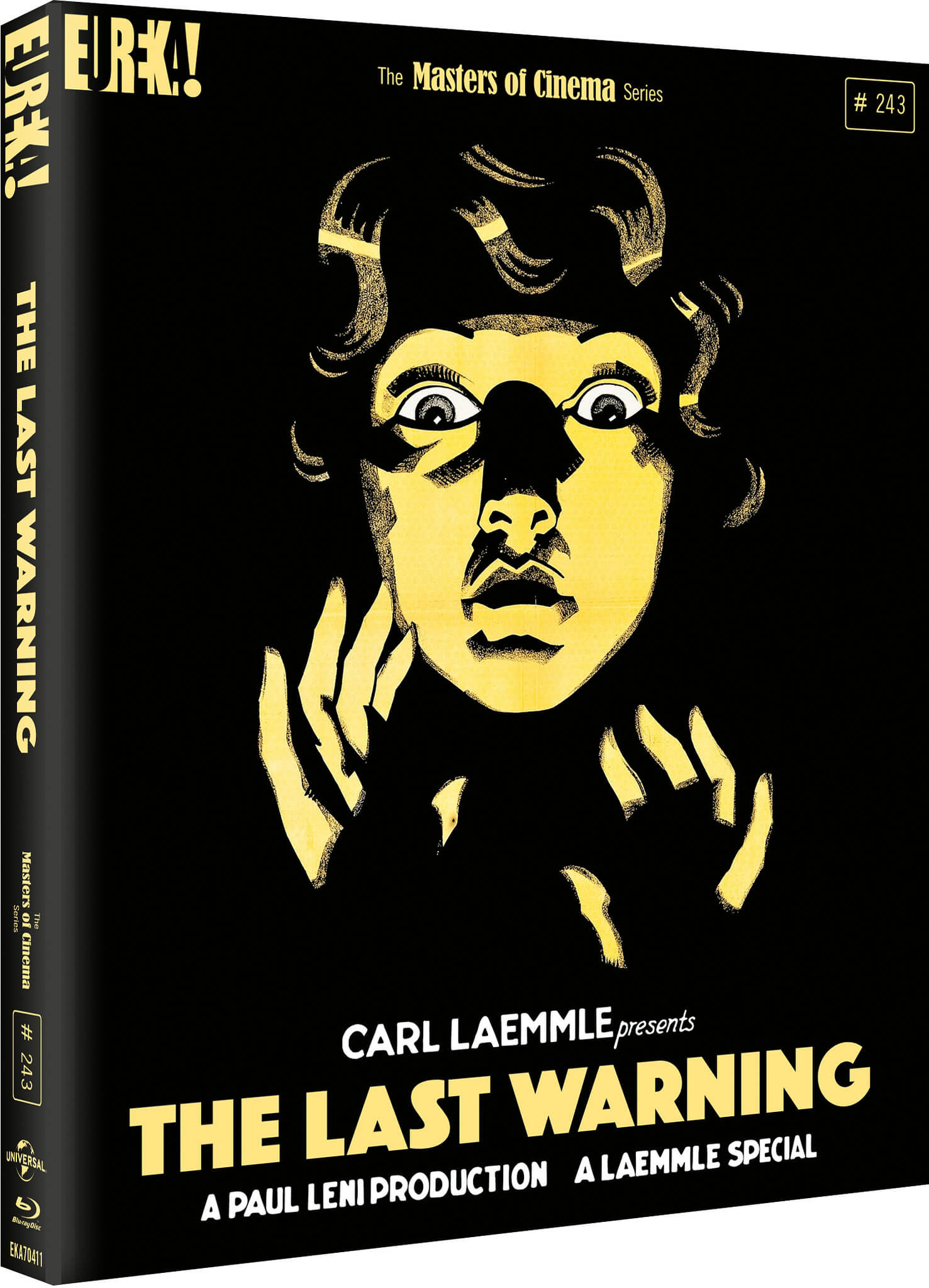 THE LAST WARNING, the final film from one of German cinema’s great filmmakers, is released on February 15th on Blu-ray and can be purchased here: https://amzn.to/2Wm6i0E