We’ve teamed up with Sony Pictures Home Entertainment to give away five copies of KINGSGLAIVE on 4K Ultra HD. To be in with a chance, just read on and enter below…

Starring the voice talents of Aaron Paul (Breaking Bad) , Lena Headey (Game of Thrones)  and Sean Bean (The Lord of the Rings Trilogy), KINGSGLAIVE is available for the first time on 4K Ultra HD on March 29th.

The magical kingdom of Lucis is home to the sacred Crystal, and the menacing empire of Niflheim is determined to steal it. King Regis of Lucis (Sean Bean) commands an elite force of soldiers called the Kingsglaive. Wielding their king’s magic, Nyx (Aaron Paul) and his fellow soldiers fight to protect Lucis. As the overwhelming military might of the empire bears down, King Regis is faced with an impossible ultimatum—to marry his son, Prince Noctis, to Princess Lunafreya of Tenebrae (Lena Headey), captive of Niflheim, and surrender his lands to the empire’s rule. Although the king concedes, it becomes clear that the empire will stop at nothing to achieve their devious goals, with only the Kingsglaive standing between them and world domination. Based on the iconic game, which has sold nearly 9 million copies worldwide since its launch. 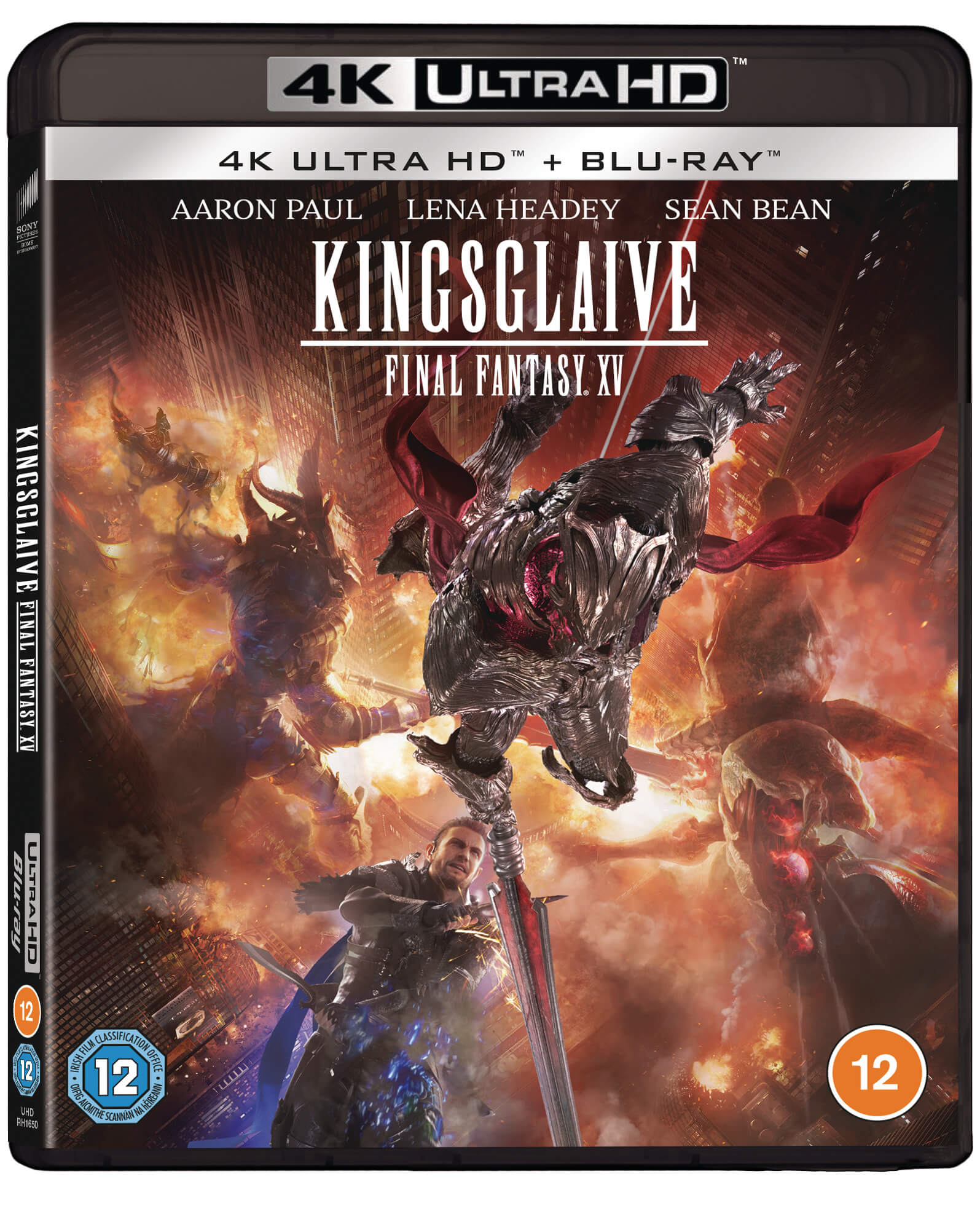 A Way with Words: Epic and Intimate Vocals: Aaron Paul, Lena Headey, Sean Bean – along with the filmmakers—reveal the process of creating the vocals for this film

Fit for the Kingsglaive: Building the World: An in-depth exploration of imagining and designing the one-of-a-kind world of this film

To Capture the Kingsglaive: The Process: Explore the intricate process of capturing the physical performances at the heart of this computer-generated film

Emotive Music: Scoring the Kingsglaive: Learn about the creation of the truly innovative and impactful score

a Rafflecopter giveaway KINGSGLAIVE is released on 4K Ultra HD for the first time on March 29th from Sony Pictures Home Entertainment.