We’ve teamed up with Eureka Entertainment to give three lucky readers a chance to win the fantastic set Karloff at Columbia. Just read on enter below… 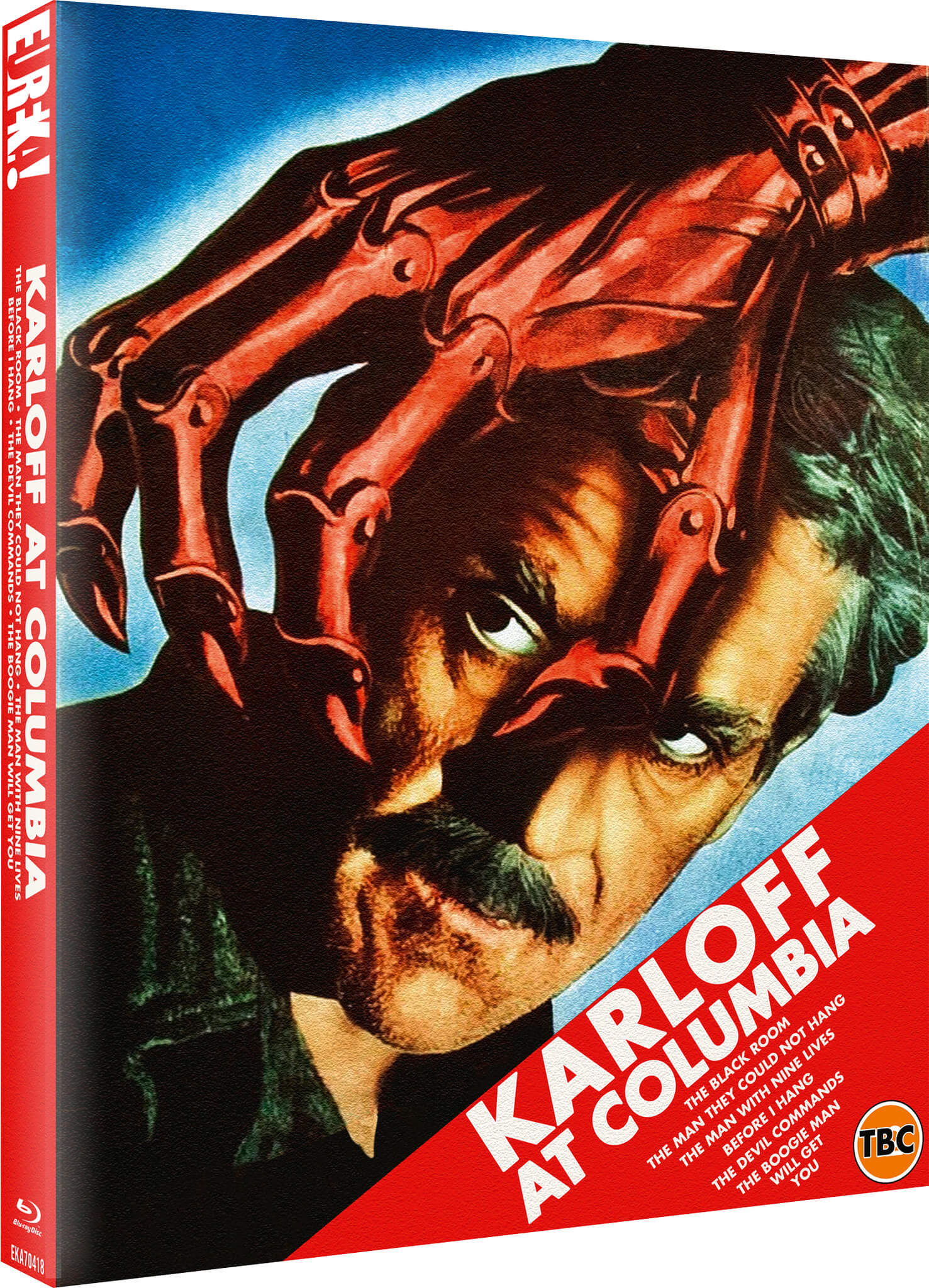 KARLOFF AT COLUMBIA, features six films comprising the entirety of the horror icon’s filmic output for Columbia Pictures. To be presented as a Limited-Edition Blu-ray [featuring an O-card Slipcase & Collector’s Booklet (3000 copies ONLY)] in their worldwide debut as a part of the Eureka Classics range from May 3rd.

One of the most recognisable faces in horror, Boris Karloff (or simply ‘KARLOFF’, as he was often billed) has been described as “to the horror movie what Fred Astaire was to the musical”. Presented here are the six films he made for Columbia Pictures, a collaboration which produced some of Karloff’s finest acting roles.

In The Black Room, Karloff takes on a dual role as twin brothers in 19th century Europe. One of the twins inherits the family castle and suddenly the local women start disappearing…

The Man They Could Not Hang, The Man With Nine Lives, Before I Hang, and The Devil Commands form the “Mad Doctor” cycle, a thematically linked series of films where Karloff always plays a doctor whose obsessions inevitably lead them to murder!

And finally, The Boogie Man Will Get You is a delightful parody of the “Mad Doctor” films, starring both Karloff and Peter Lorre.

Eureka Classics is proud to present all six films in their worldwide debut on Blu-ray, this release is also the first time they have been available on home video in the UK.

KARLOFF AT COLUMBIA, a collection of essential films from horror icon, Boris Karloff, is out now on Blu-ray and can be purchased here https://amzn.to/36VMsPt   read our review here.