Evil resurfaces in Derry as director Andy Muschietti reunites the Losers Club in a return to where it all began with IT Chapter Two, the conclusion to the highest-grossing horror film of all time. Twenty-seven years after the Losers Club defeated Pennywise, he has returned to terrorize the town of Derry once more. Now adults, the Losers have long since gone their separate ways. However, kids are disappearing again, so Mike, the only one of the group to remain in their hometown, calls the others home. Damaged by the experiences of their past, they must each conquer their deepest fears to destroy Pennywise once and for all...putting them directly in the path of the clown that has become deadlier than ever.

Ahead of the highly anticipated epic finale IT Chapter Two on 6 September, we’re giving away four of the  ultimate creepy bundles.

To be in with a chance of winning, just answer the question below and email comp@starburstmagazine.com with the heading 'IT CHAPTER TWO’. Entries must arrive before 11:59pm on September 10th, 2019

Which actor plays the iconic role of Pennywise in It Chapter Two? 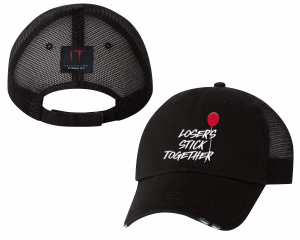 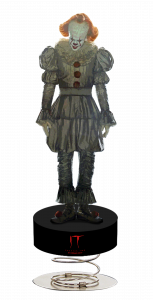 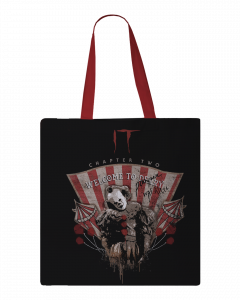 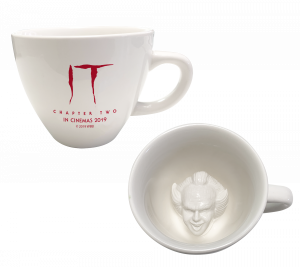 IT CHAPTER TWO will be released nationwide on 6 SEPTEMBER 2019 by Warner Bros. Pictures

WARNER BROS and STARBURST do not accept any responsibility for late or lost entries due to the Internet or email problems. Proof of sending is not proof of receipt. Entrants must supply full details as required on the competition page, and comply with all rules to be eligible for the prizes. No responsibility is accepted for ineligible entries or entries made fraudulently. Unless otherwise stated, the Competition is not open to employees of: (a) the Company; and (b) any third party appointed by the Company to organise and/or manage the Competition; and (c) the Competition sponsor(s). This competition is a game promoted STARBURST. STARBURST's decision is final in every situation and no correspondence will be entered into. STARBURST reserves the right to cancel the competition at any stage, if deemed necessary in its opinion, and if circumstances arise outside of its control. Entrants must be UK residents and 18 or over. Entrants will be deemed to have accepted these rules and to agree to be bound by them when entering this competition. The winners will be drawn at random from all the correct entries, and only they will be contacted personally. Prize must be taken as stated and cannot be deferred. There will be no cash alternatives. STARBURST routinely adds the email addresses of competition entrants to the regular newsletter, in order to keep entrants informed of upcoming competition opportunities. Details of how to unsubscribe are contained within each newsletter. All information held by STARBURST will not be disclosed to any third parties

Win RAINING IN THE MOUNTAIN on Blu-ray

We have teamed up with Eureka once more but this time to give you a chance ...

Win DOCTOR WHO: THE PARADISE OF DEATH...

We’ve teamed up with Demon Records to give away ONE copy of the newly ...