To celebrate the brand new 4K release of the controversial cult classic I Spit on Your Grave, featuring brand new extras spread across three discs, we have the newest instalment in the franchise, I Spit on Your Grave: Deja Vu, up for grabs on Blu-ray for 3 lucky readers. Just read on and enter below… 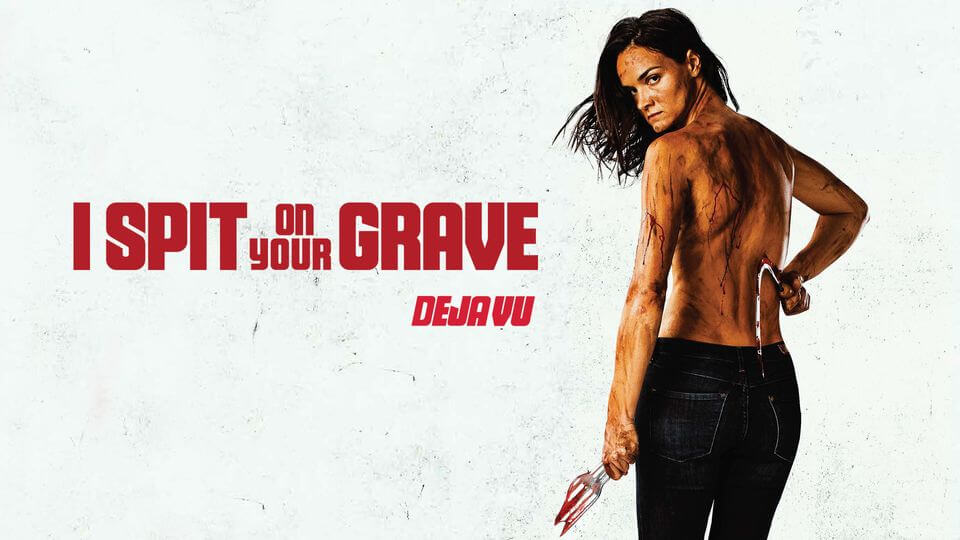 Back in stunning 4K Ultra HD, restored and fully remastered, re-experience the phenomenon that shocked and divided the world as Jennifer Hills enacts her horrific plans for revenge, culminating in some of the most gruesome scenes ever captured on film. This new three-disc collection, packaged in a premium O-ring boxset with four exclusive art cards, includes the feature-length documentary Growing Up with I Spit on Your Grave and exclusive, specially commissioned extras including: brand new audio commentary with the legendary Camille Keaton, and editor of Ultra Violent Magazine, Art Ettinger; an exciting in-depth interview with film historian Chris Poggiali; and a new introduction from the film’s lead Camille. This is the ultimate tribute to a cult phenomenon, a must-have for fans and collectors.

To coincide with this release, we have Blu-ray copies of I Spit on Your Grave: Deja Vu for 3 lucky winners. Presented completely uncut, this is the latest in the notorious series which sees original writer and director Meir Zarchi reunited with veteran star Camille Keaton, and new star Jamie Bernadette, set 40 years after the events of the first film.

Kaleidoscope Home Entertainment presents I Spit on Your Grave out now on 4K Ultra HD + Blu-ray.