We’ve teamed up with Eureka Entertainment to give three lucky readers a chance to win the amazing Russian classic VIY on limited edition Blu-ray. Just read on, watch the trailer, and enter the competition below… 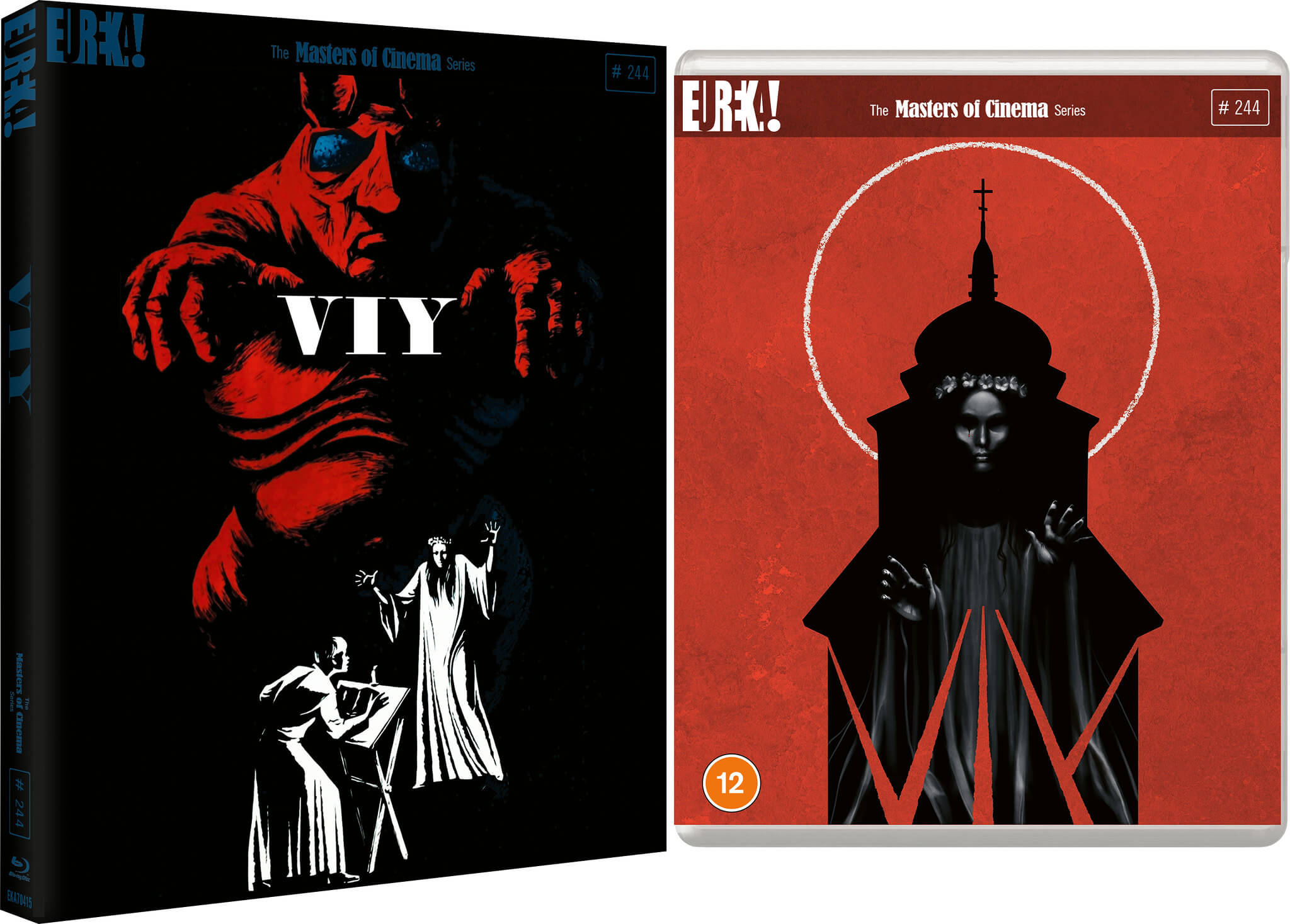 Eureka Entertainment to release VIY [Вий], the ground-breaking gothic folktale made in Russia during the Soviet era, presented as a Limited Two-Disc Blu-ray Edition (3000 Copies Only) as a part of The Masters of Cinema Series from March 15th. The Limited-Edition will feature a Bonus Disc containing A Holy Place (1990, dir. Djordje Kadijevic) and an exclusive O-Card Slipcase.

Bursting with startling imagery and stunning practical effects courtesy of directors Konstantin Yershov, Georgi Kropachyov, and perhaps most notably, artistic director Aleksandr Ptushko (the legendary special effects artist whose spectacular stop-motion effects and innovative colour cinematography has seen him referred to as the Soviet equivalent of Willis O’Brien, Ray Harryhausen, and even Mario Bava), VIY has influenced generations of directors for more than half a century.

In 19th century Russia, a seminary student is forced to spend three nights with the corpse of a beautiful young witch. But when she rises from the dead to seduce him, it will summon a nightmare of fear, desire, and the ultimate demonic mayhem.

The Masters of Cinema series is proud to present VIY in its UK debut on Blu-ray from a HD restoration of the original film elements.

Exclusive to this Limited Edition, The Masters of Cinema series also presents director Djordje Kadijevic’s A HOLY PLACE [Sveto mesto] for the first time ever on home video in the UK.

VIY, the ground-breaking Gothic folktale, is OUT NOW on Blu-ray and can be purchased here https://amzn.to/3miQfeg