We’ve teamed up with Eureka to give 3 lucky readers a chance to win the Nightwing/Shadow of the Hawk double bill Blu-ray. Just read on and enter below…

Are a wave of mysterious deaths on a Native American reservation being caused by killer vampire bats, or a curse from beyond the grave? Featuring special effects work by Carlo Rambaldi (Alien, E.T. the Extra Terrestrial), Nightwing was one of many creature features produced to cash in on the success of Jaws, but director Arthur Hiller (Love Story) also imbues the film with a humanitarian edge. Described in recent years as an “eco-gothic Western”, and “a great exploration of social change and race relations”, Nightwing comes to Blu-ray for the first time ever in the UK.

An ageing medicine man (Academy Award nominee Chief Dan George; The Outlaw Josey Wales) recruits his sceptical grandson (Jan-Michael Vincent; Airwolf, The Mechanic) to aid him in a spiritual battle against evil spirits and black magic. Filmed in the forests of British Columbia to stunning effect, Shadow of the Hawk features a number of eerie and effective sequences of supernatural terror, and Eureka Classics is proud to present the film on Blu-ray for the first time ever on home video in the UK. 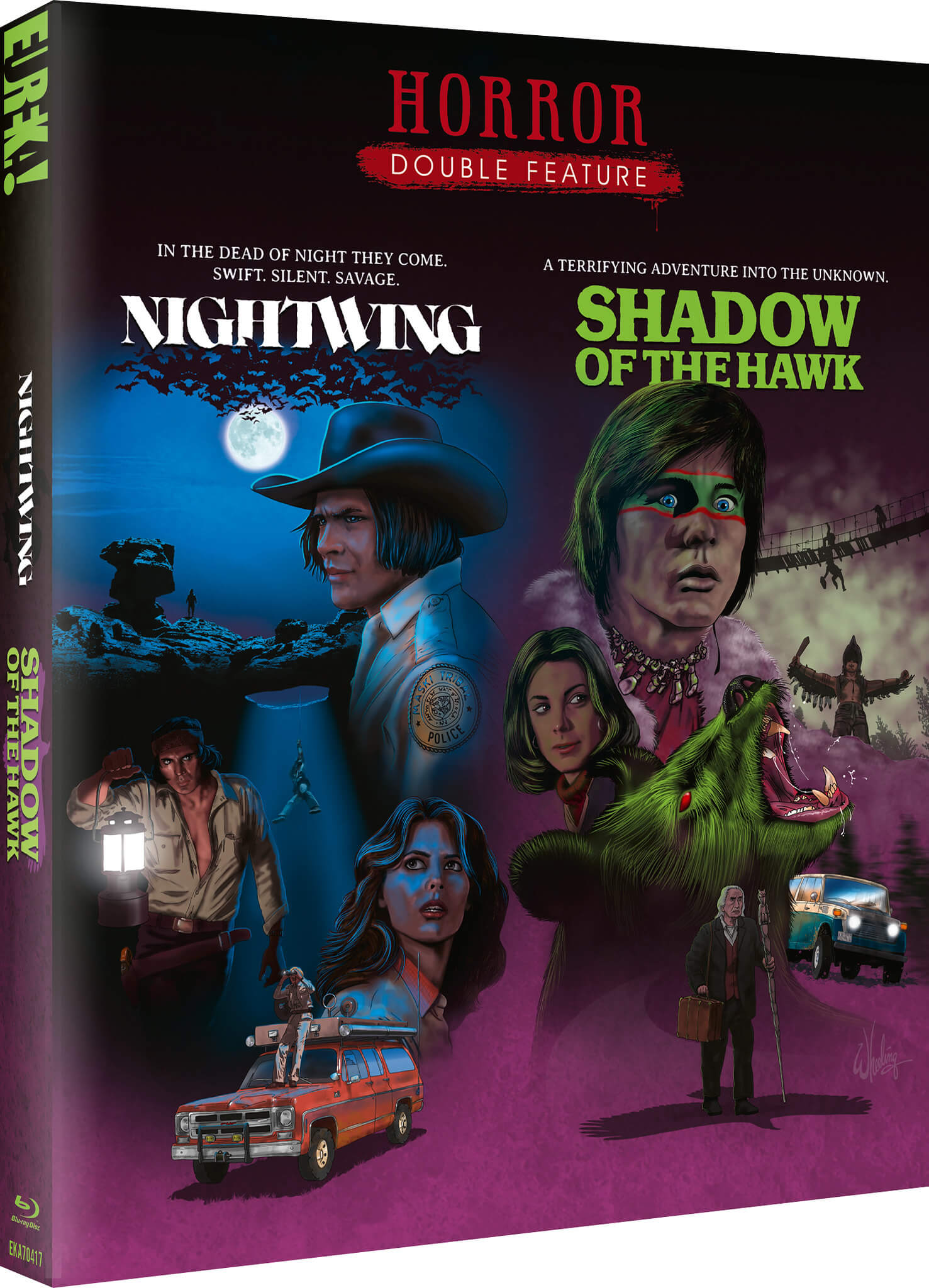 NIGHTWING & SHADOW OF THE HAWK, a 1970s Killer creature double feature, is OUT NOW on Blu-ray and can be purchased here https://amzn.to/3oQNlzj