OWN IT ON DIGITAL DOWNLOAD  NOW, AND 4K STEELBOOK, 4K UHD, BLU-RAY™ AND DVD ON JANUARY 13th

Pennywise wreaks terror on Derry once again for round two!

Evil resurfaces in Derry as director Andy Muschietti reunites the Losers Club in a return to where it all began with “IT Chapter Two,” the conclusion to the highest-grossing horror film of all time, on 4K Steelbook, 4K UHD, Blu-ray™, DVD and Digital Download.

The film is Muschietti’s follow-up to 2017’s critically acclaimed and massive global box office hit “IT,” which grossed more than $700 million worldwide. Both redefining and transcending the genre, “IT” became part of the cultural zeitgeist.

Twenty-seven years after the Losers Club defeated Pennywise (Bill Skarsgård), he has returned to terrorize the town of Derry once more. Now adults, the Losers have long since gone their separate ways. However, people are disappearing again, so Mike (Isaiah Mustafa), the only one of the group to remain in their hometown, calls the others home. Damaged by the experiences of their past, they must each conquer their deepest fears to destroy Pennywise once and for  all... putting them directly in the path of the shape-shifting clown that has become deadlier than ever.

For your chance to win IT Chapter Two on 4K Steelbook, simply answer the following question:

IT Chapter Two is a continuation film based on the novel by Stephen King. In the novel and in the first film, it is stated that Pennywise comes to terrorize the town of Derry in increments of how much time?

Email your answers labelled ‘IT Chapter 2’ to comp@starburstmagazine.com to arrive before 23:59 on January 26th.

IT Chapter Two is available on Digital Download now, and 4K Steelbook, 4K UHD, BluRay™ and DVD on January 13th. 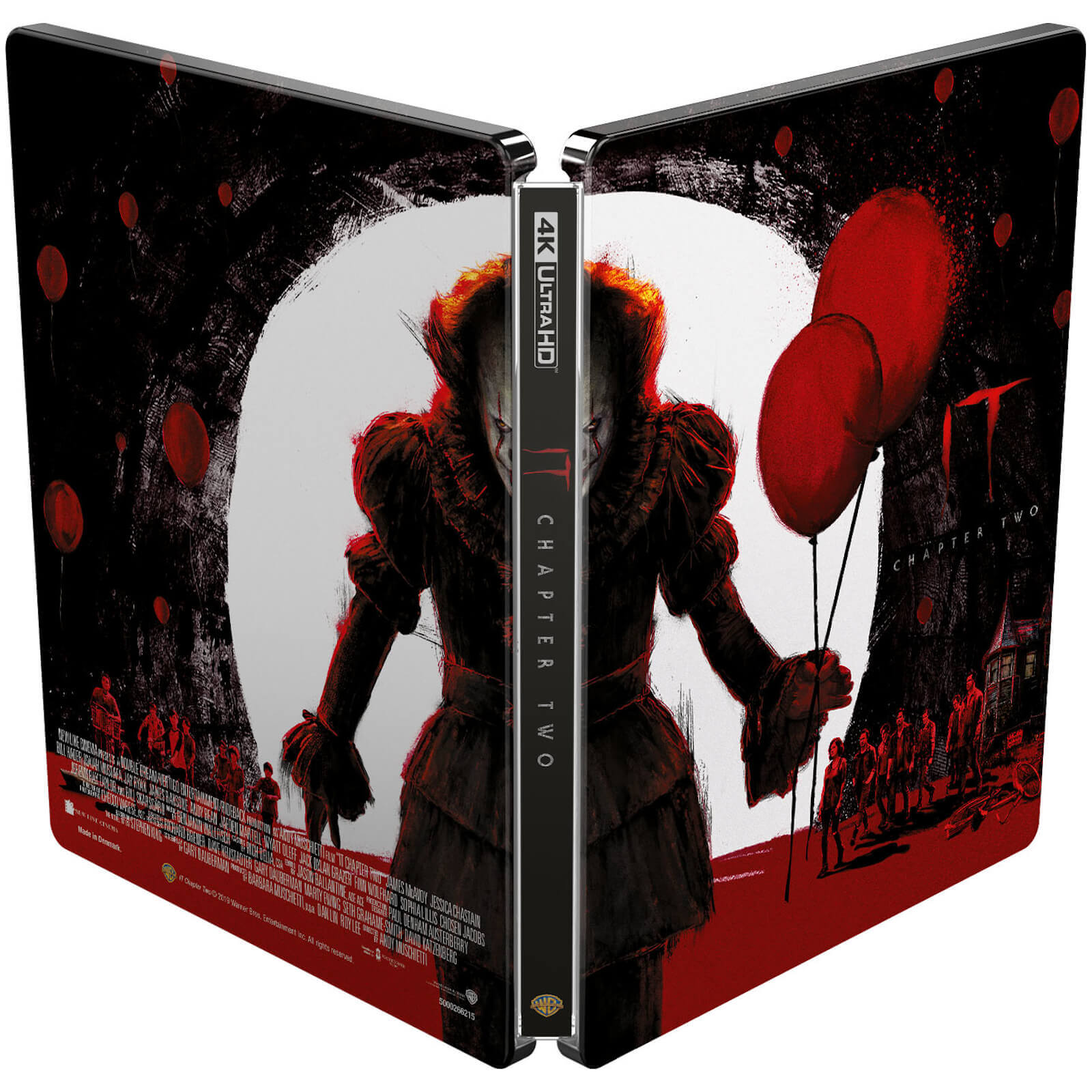 Warner Bros Ent/STARBURST do not accept any responsibility for late or lost entries due to the Internet or email problems. Proof of sending is not proof of receipt. Entrants must supply full details as required on the competition page, and comply with all rules to be eligible for the prizes. No responsibility is accepted for ineligible entries or entries made fraudulently. Unless otherwise stated, the Competition is not open to employees of: (a) the Company; and (b) any third party appointed by the Company to organise and/or manage the Competition; and (c) the Competition sponsor(s). This competition is a game promoted STARBURST. STARBURST's decision is final in every situation and no correspondence will be entered into. STARBURST reserves the right to cancel the competition at any stage, if deemed necessary in its opinion, and if circumstances arise outside of its control. Entrants must be UK residents and 18 or over. Entrants will be deemed to have accepted these rules and to agree to be bound by them when entering this competition. The winners will be drawn at random from all the correct entries, and only they will be contacted personally. Prize must be taken as stated and cannot be deferred. There will be no cash alternatives. STARBURST routinely adds the email addresses of competition entrants to the regular newsletter, in order to keep entrants informed of upcoming competition opportunities. Details of how to unsubscribe are contained within each newsletter. All information held by STARBURST will not be disclosed to any third parties

The Black Library are best known for producing tie-in fiction connected to ...

STARBURST Magazine was invited to the Gala Premiere of Amazon Prime’s ...