While we anxiously await the release of Once Upon a Time in... Hollywood, STARBURST ranks all of Quentin Tarantino’s movies in order of preference…

[Note: QT must have penned the screenplay and directed for the film to make the list - sorry True Romance fans - and while he might not count Kill Bill as two movies in his “ten and done”-career plan, we do.]

Come back soon to find out how Once Upon a Time in… Hollywood fares! 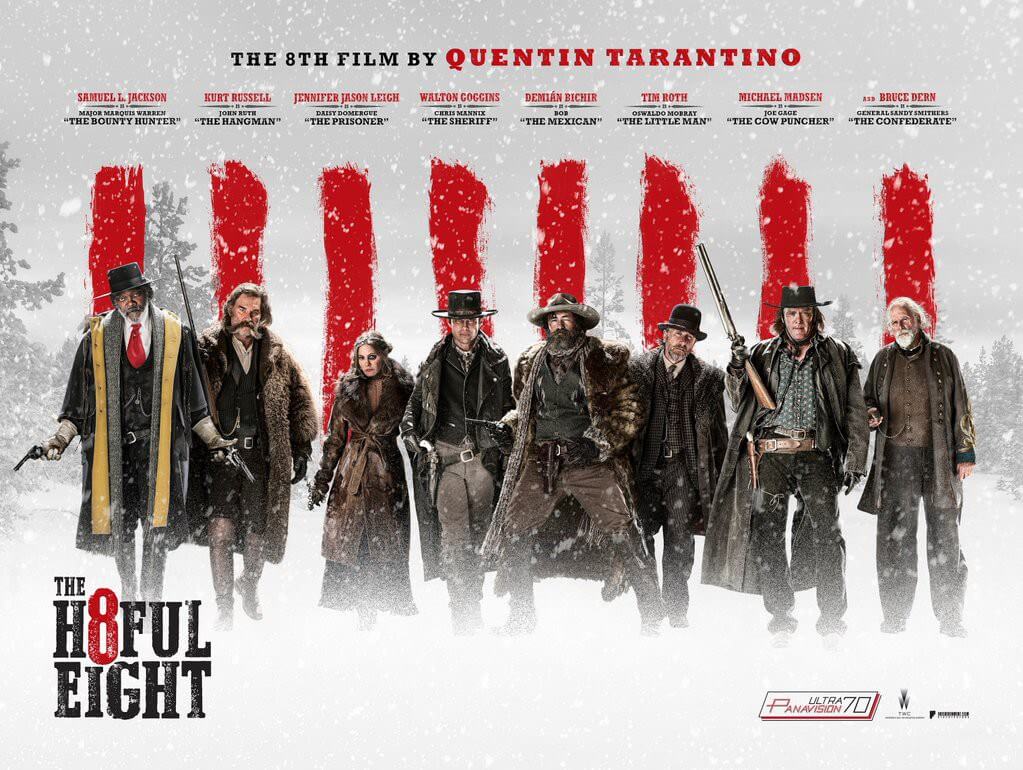 Having originally been conceived as a novel and sequel to Django Unchained, The Hateful Eight is what one could describe as more of a spiritual successor to Reservoir Dogs. With its claustrophobic atmosphere and ensemble cast, there’s a lingering dread that hangs heavy throughout. Thankfully we’re treated to some of Tarantino’s razor-sharp dialogue and enough twists and turns to leave most people's jaws on the floor. The performances by the whole cast are stellar with Jennifer Jason Leigh hitting it out of the park as the devilish Daisy Domergue. Add to that an original score by legendary film composer Ennio Morricone and you’re left with one of the most quintessential Tarantino experiences. A western thriller which truly manages to succeed on all fronts. | James Evans 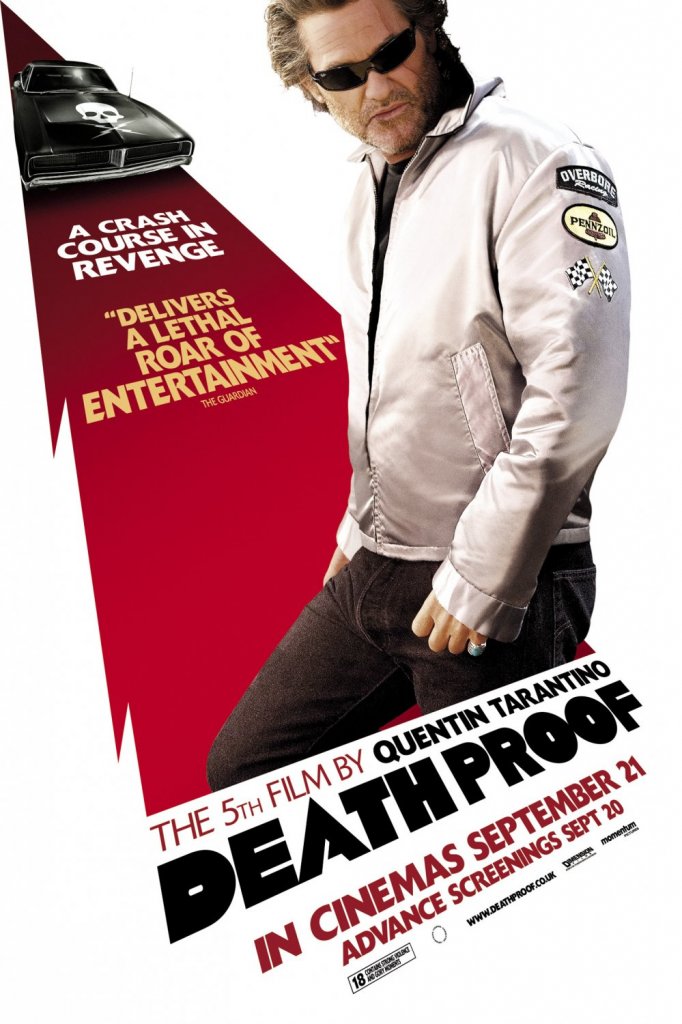 Quentin Tarantino’s contribution to Grindhouse was by far the better feature of the package, as the director drew on a range of exploitation cinema to tell an entertaining story of a stuntman murderer who terrorises his female victims and leaves them mangled by staged car crashes. The gender themes that come in to play are satisfying to see play out as hunter becomes prey and the film is entertainingly fast and furious, as it thrillingly delivers on the promise of its concept. Tarantino once said Death Proof is probably his worst flick but this blast of muscle car murderous mayhem still kicks some serious ass. | Jack Bottomley 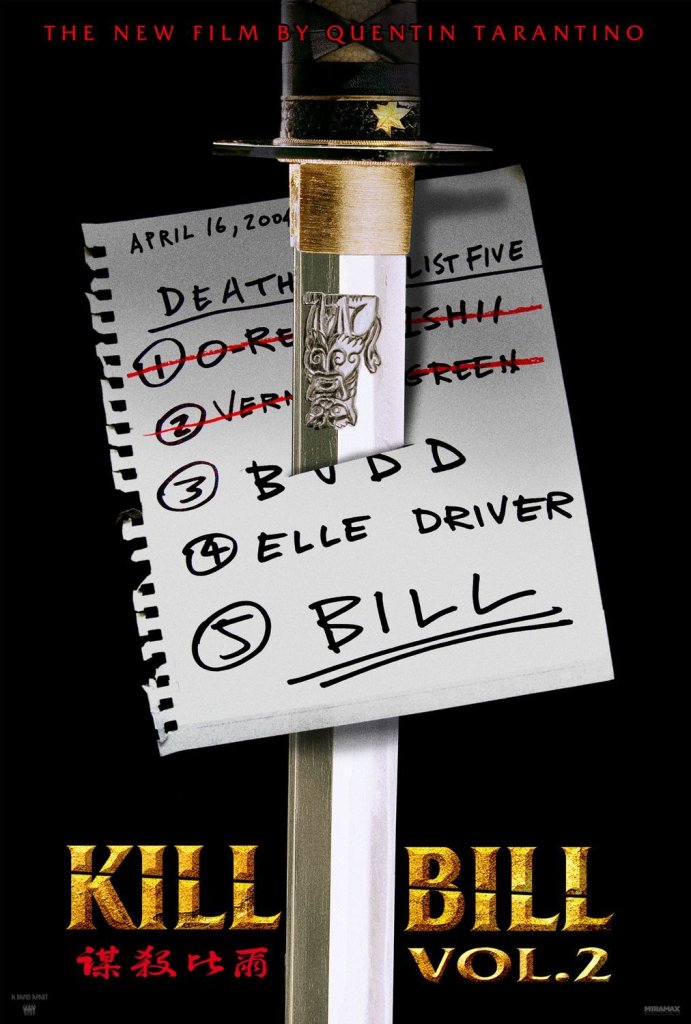 Where Volume 1 was heavily influenced by samurai movies, Volume 2 is a western, giving The Bride the opportunity to avenge the many injustices she had suffered and exact deeply satisfying revenge on the family who had turned against her. Tarantino is a directorial chameleon, replacing the tightly enclosed urban landscape of Volume 1 for wide-open vistas, and as Black Mamba hunts down Budd (aka Sidewinder) and Elle Driver (aka California Mountain Snake) before administering the legendary five finger death punch to the eponymous Bill, you can’t help but feel a deep satisfaction for her. | Mark Newbold 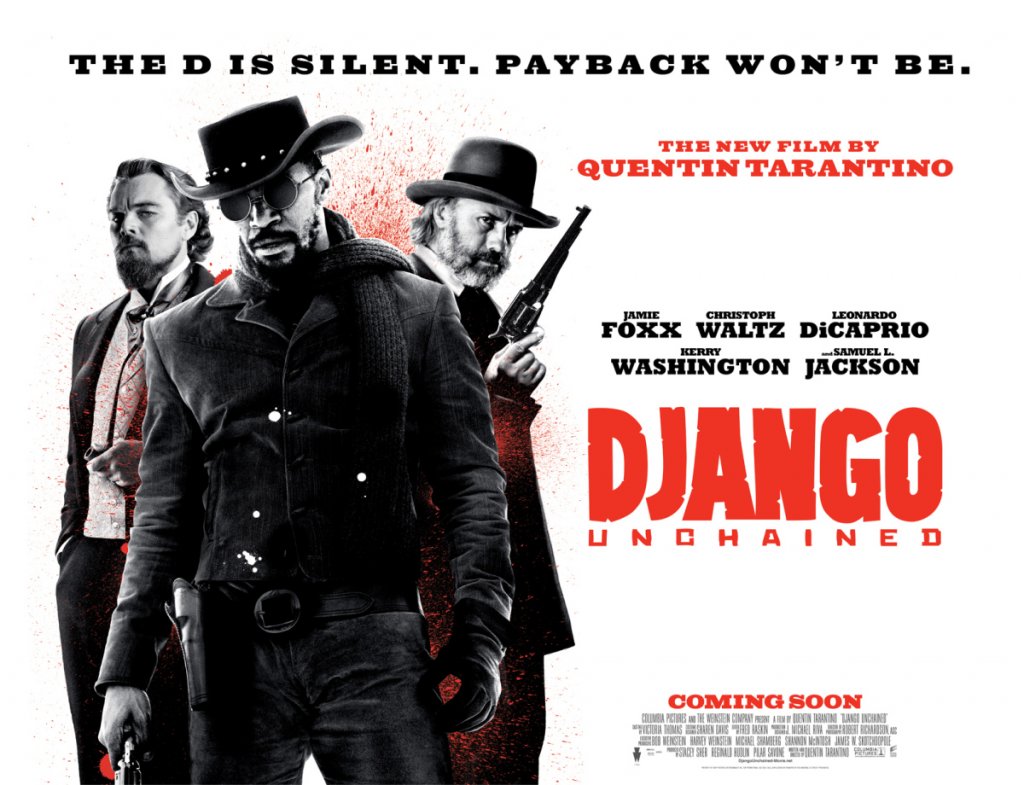 Bringing together the very sensitive subject of America's slave-trading past with what is primarily a hilarious buddy road movie, it must have been a bit of a surprise at the time that Django Unchained was Tarantino's highest-grossing movie to date. On the other hand, it isn’t hard to see why it was so successful: the stellar cast range from the beautifully articulate and humanly brutal hero Dr Shultz (Waltz), to the purely hideous, rage-inducing Calvin Candie (DiCaprio). With an N-word count of over a 100 and some truly disgusting racially-fuelled violence it’s a tough watch, but one that unfortunately reflects America at the time while also serving as a warning to the Trump generation. Auf wiedersehen! | Phillip Perry 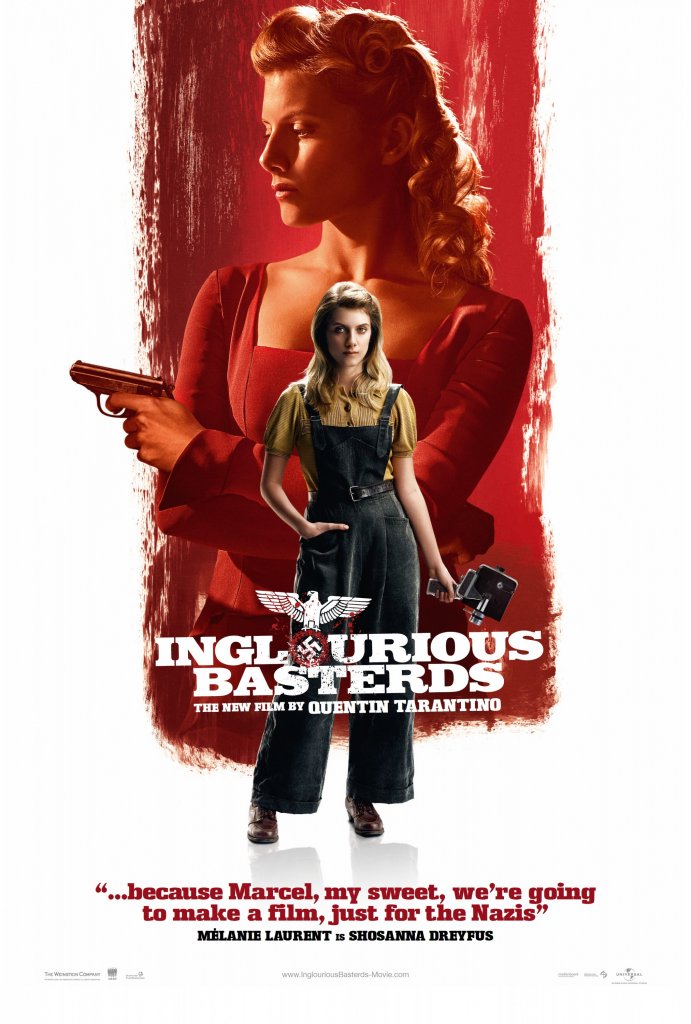 Inglorious Basterds is a fine example of Tarantino firing on all cylinders as a filmmaker, whilst perfectly encapsulating what we love about his films: highly tense atmosphere, darkly comedic dialogue, incredibly visceral violence, as well as excellent use of the camera and an outstanding cast bringing their top performances. While controversial topics like the holocaust have been portrayed very well on screen, Tarantino manages to create a story, while clearly being fictional, his use of historic accuracy at times, makes it feel like a story that could very easily have happened, as well as being somewhat ridiculous - am elite force of American Jewish forces plot to end the war, one Nazi scalp at a time. It also has one of the tensest opening scenes of a film we've ever seen. Pure perfection. | Peter Beckett 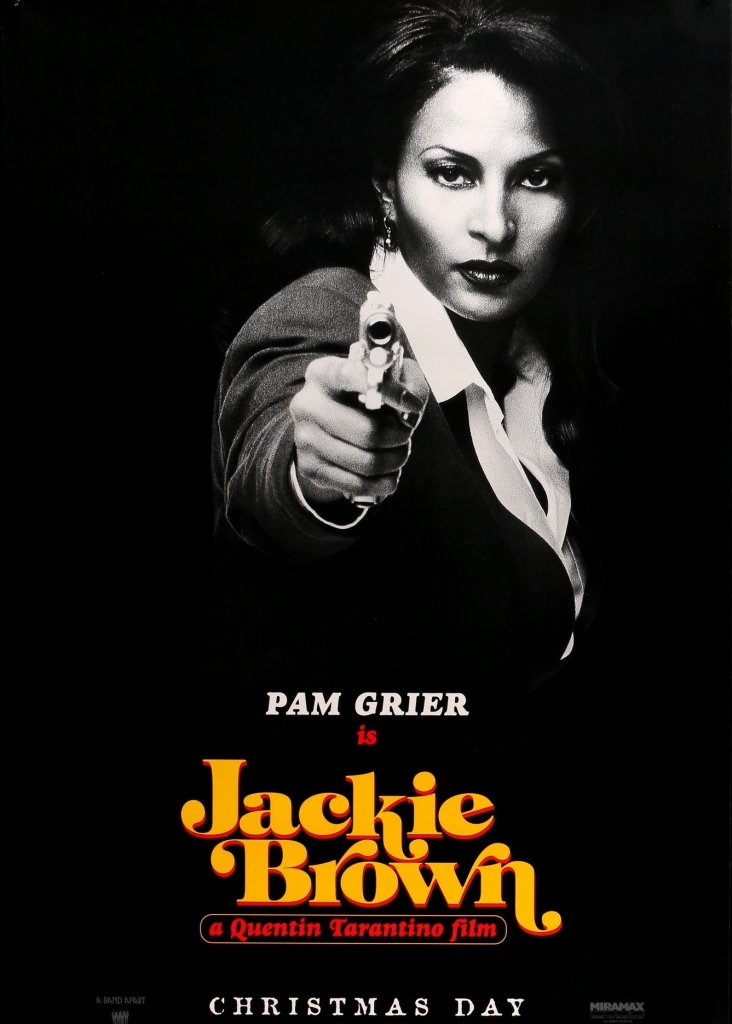 Look on IMDB and Jackie Brown rests near the bottom of Tarantino's portfolio, just above the opinion-splitting Death Proof. But this is one of Tarantino's smartest and most accomplished films. A love letter to the blaxploitation flicks that inspired Q in the first place, this crime thriller boasts fantastic performances from veteran leads Pam Grier and Robert Forster. Which is no small feat in a film also starring Michael Keaton, Robert de Niro, and Samuel L Jackson. It's a smoother, slower film than Reservoir Dogs or Pulp Fiction but rewarding to those who sit back and appreciate its finer details, especially after a repeat viewing. And of course, it's got a killer soundtrack. | Jonathan Anderson 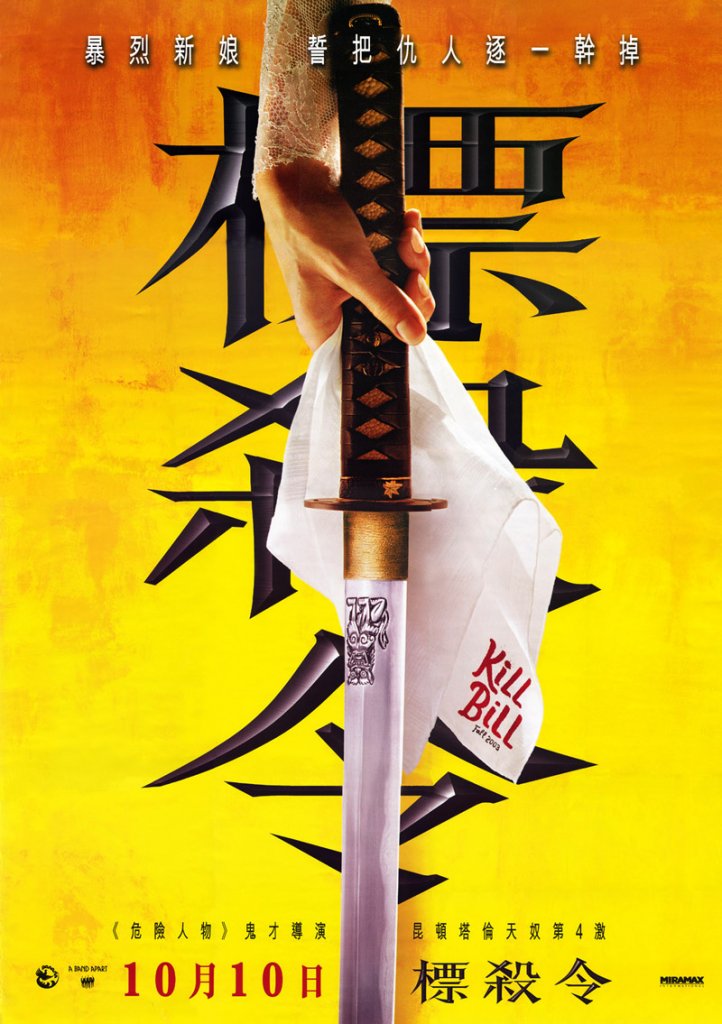 We all know the tragic story of Beatrix "The Bride" Kiddo (Uma Thurman), former member of the Deadly Viper Assassination Squad, betrayed by her former colleagues, left for dead on her wedding day and woken from a coma. Kill Bill: Vol 1 unfolds as she travels to Japan to convince legendary retired swordsmith Hattori Hanzō to forge a katana for her, leading to The House of Blue Leaves, where she takes down The Crazy 88 and her nemesis O-Ren Ishii in a memorable battle. It's the stuff of movie legend, one Quentin Tarantino matched with the Western-inspired second volume. | Mark Newbold 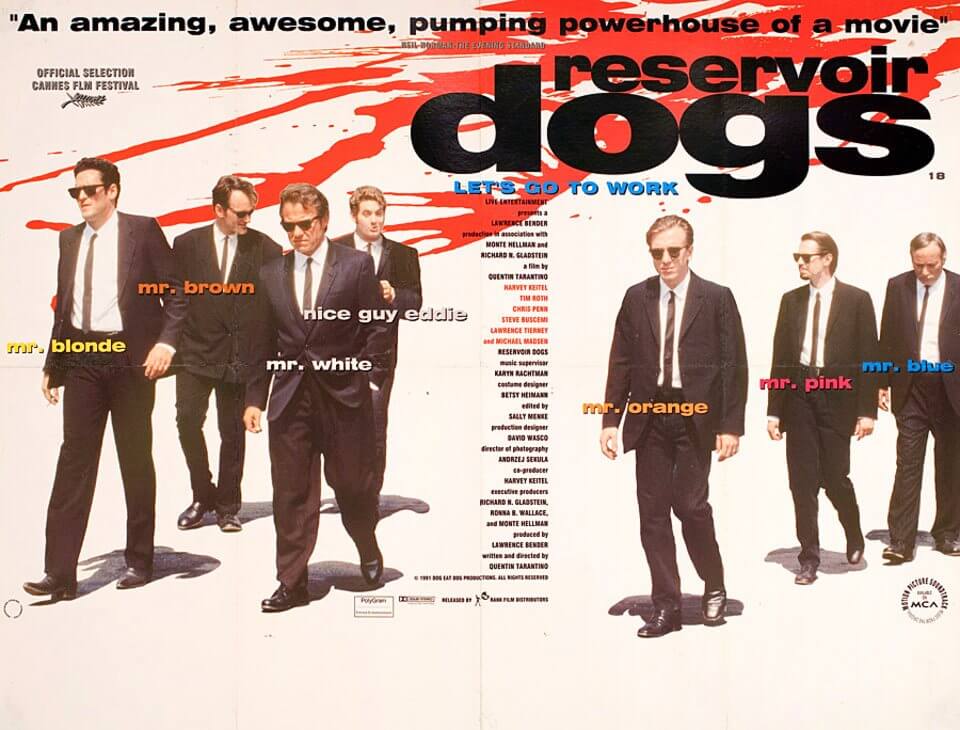 This is where QT came in, with all his hallmarks already in place. There is blood (so much blood…), there is inconsequential pop culture chat, posing with guns, humour, torture, cruelty, and an immaculately chosen soundtrack (the last three melding together in one memorable scene). It’s lean and mean and those of us turned off by the bloated cartoonishness of more recent films thank it for that. But it does leave you wondering how this brash young auteur managed to spend the next nearly three decades mostly not making films and certainly not much (with exceptions) to rival the lean, mean potential of Reservoir Dogs. | Spleeny Dotson 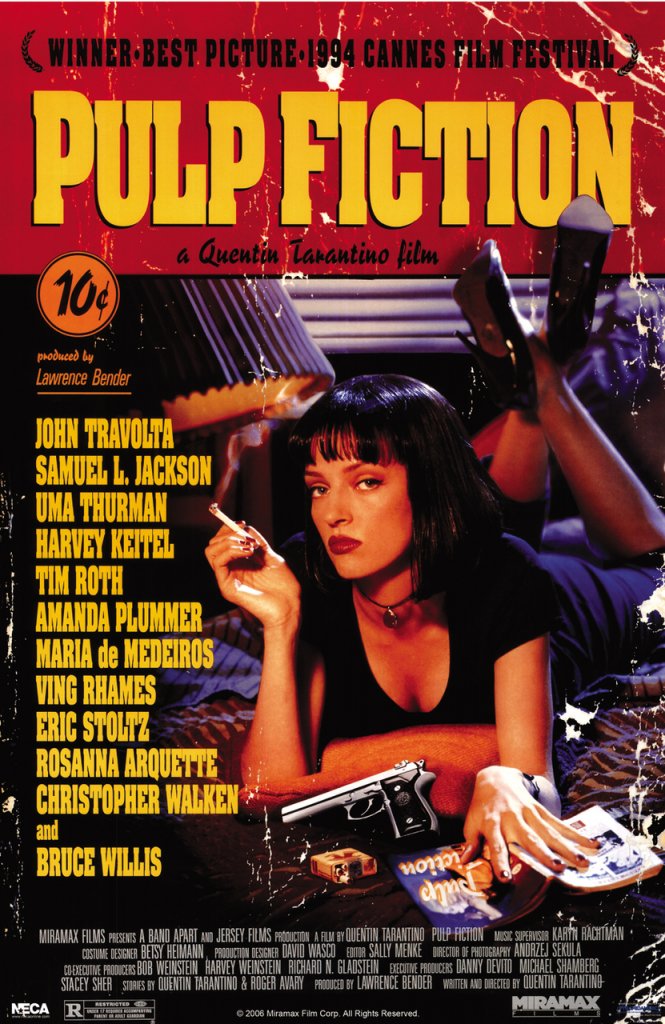 Reservoir Dogs was Quentin Tarantino’s calling call, a great big wake-up call to an increasingly self-indulgent and lazy Hollywood film industry. As appetisers go it hit the sweet spot but Pulp Fiction was the main course that really got audience’s taste buds racing. Pulp Fiction – the film that saved John Travolta from the career Hell of endless Look Who’s Oinking sequels and sealed Samuel L Jackson’s enduring reputation as the King of Cool. It pops and crackles with wit and invention and oozes love for both cinema and for the potential of cinema. Its punchy plot plays fast and loose with the conventions of linear cinema narrative  - characters weave in out of the scenarios in its vaguely-portmanteau structure – and we’re constantly second-guessing where we’re going and what QT has in store for us next. As endlessly quotable as it is rewatchable, Pulp Fiction remains perhaps Tarantino’s one inarguable masterpiece. | Paul Mount

ONCE UPON A TIME IN... HOLLYWOOD arrives in UK cinemas on August 14th, but in the meantime check out our latest issue for more Tarantino treats! 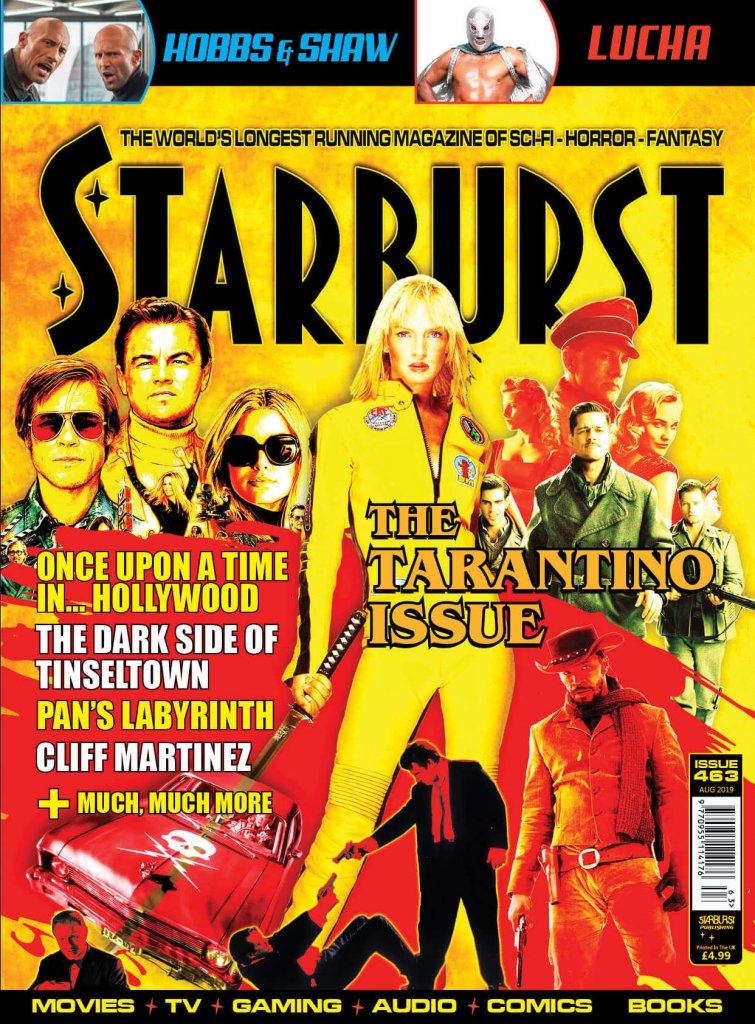