The STAR WARS canon is rife with classic characters, and the hit animated show THE CLONE WARS has more than its fair share. Here's our pick of the 15 best that have been introduced over the last six seasons.... 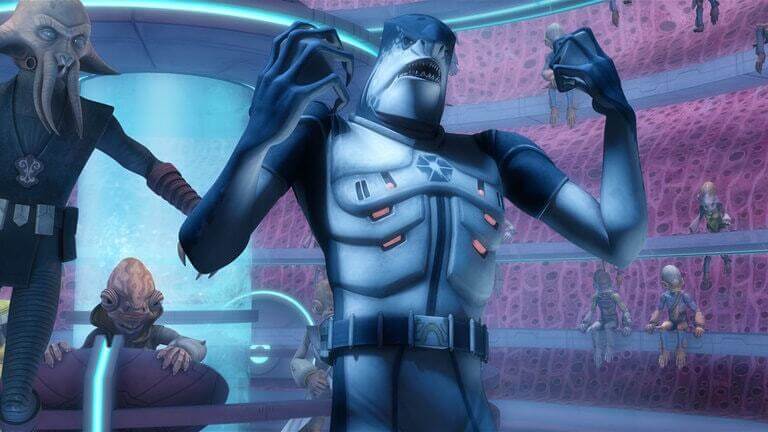 The primary antagonist in Season 4's Mon Calamari trilogy, the short-lived but memorable Karkarodon separatist commander was a ferocious baddie that took the fight not only to royalty but Jedi masters! 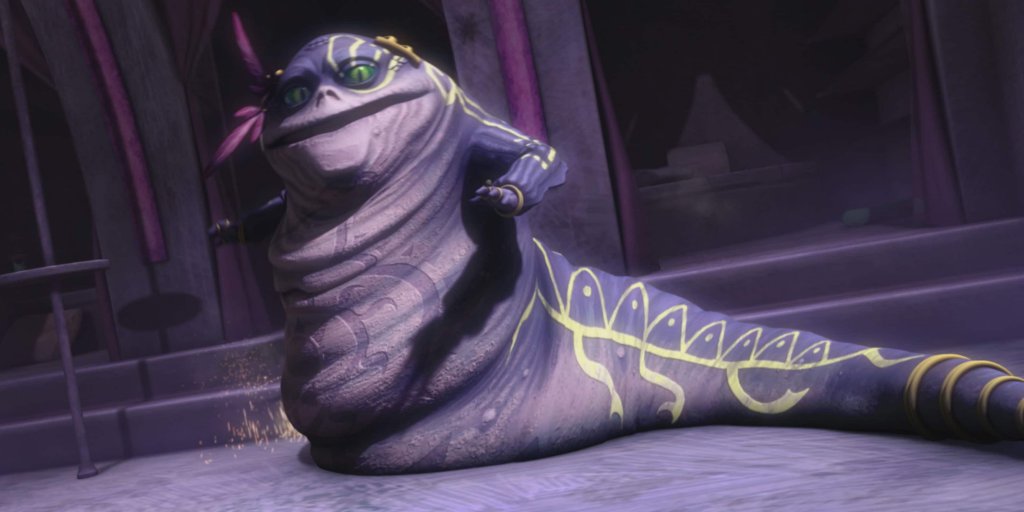 Jabba the Hutt's uncle Ziro Desilijic Tiure is one heck of an odd addition to his family - and in the Hutt clan that is no easy feat! Brought down by his lustful ambitions of power and the documents in his possession... not to mention love, it really was beauty that killed this beast... well, a scorned Pa'Lowick anyway! 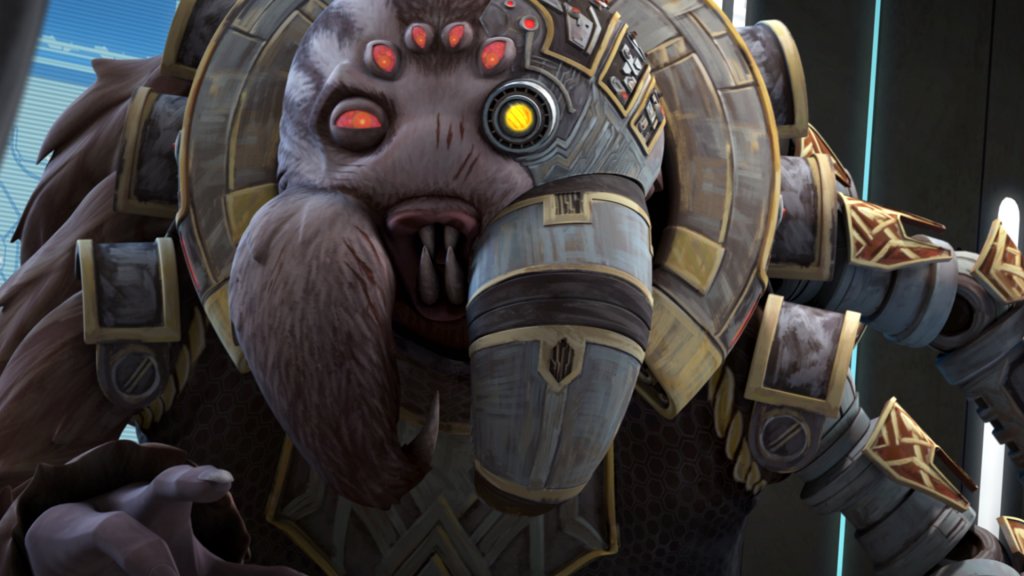 Ahead of his apparent return, the devilishly clever strategist and naval commander Admiral Trench has evaded death almost as much as he has caused it, eventually leaving him part-cybernetic. Seemingly unstoppable to his foes, Trench was an innovatively designed and fearsome character who we are only too happy to see more of. 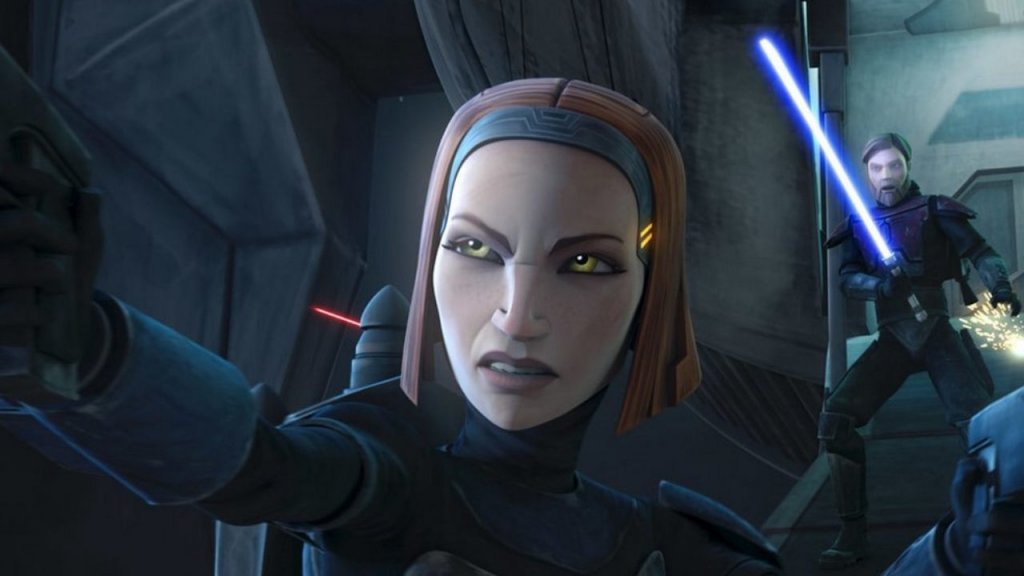 Her family connection is but one string to her bow of many. Commonly seen as a lead lieutenant of terrorist group Death Watch (and later the Shadow Collective) next to Pre Vizsla, Bo-Katan Kryze was a fiercely loyal Mandalorian warrior, and even stood up to Maul! Bad. Ass. 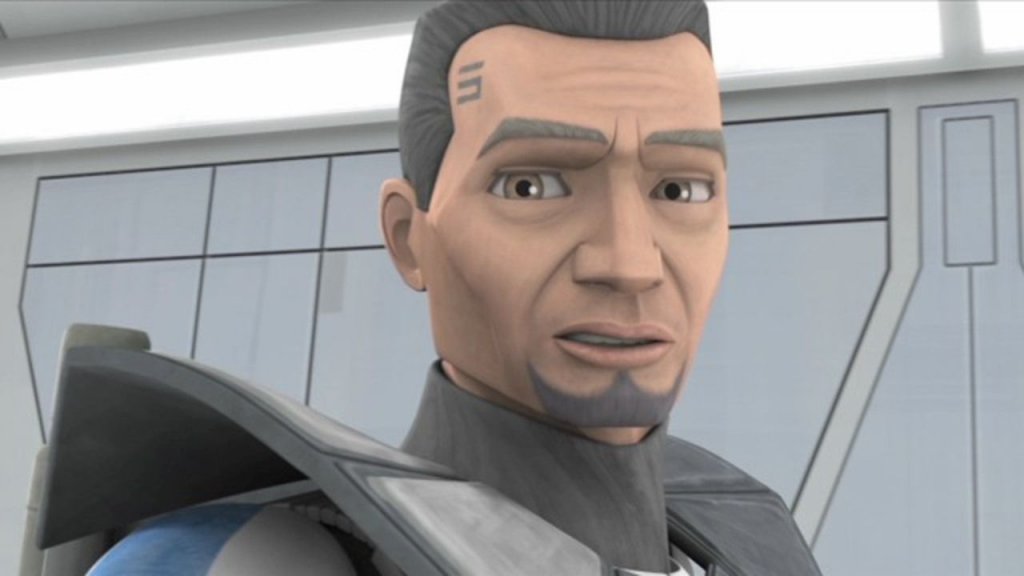 The Clone Wars created a few superb clone trooper characters and Fives was one who not only stood out but very nearly accomplished what nobody else could, lifting the lid (or rather cowl) on Palpatine's insidious plot. CT-5555 featured in the best arcs for Trooper characters and turned up throughout the series, but it was his lead role in the Season 5's Biochip Conspiracy arc that packed the greatest - and deadliest - punch. 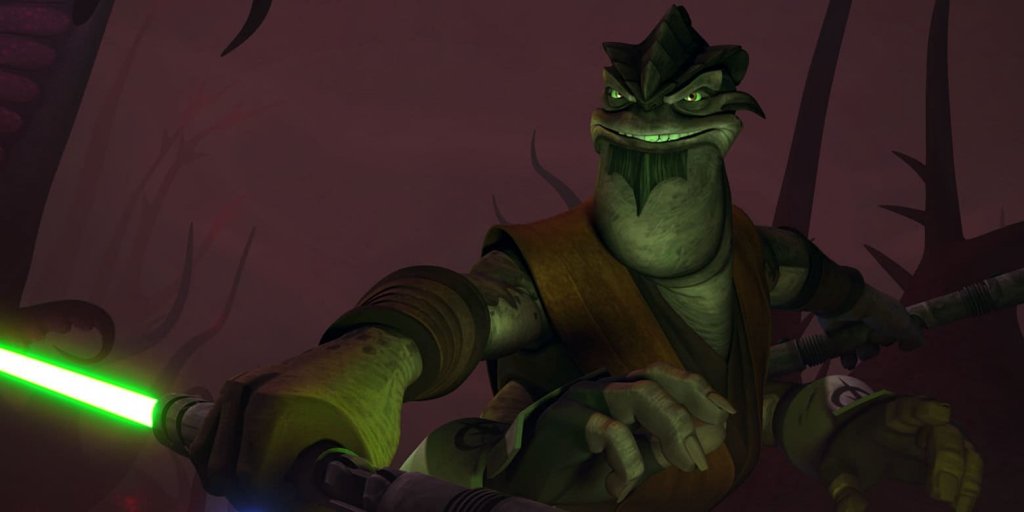 Despite his sole involvement in Season 4's Darkened World of Umbara arc, Jedi master Pong Krell was a ruthless creation, one that pushed the limits of the Jedi way before rolling over entirely into the dark side. Make that the Lost Twenty-One. 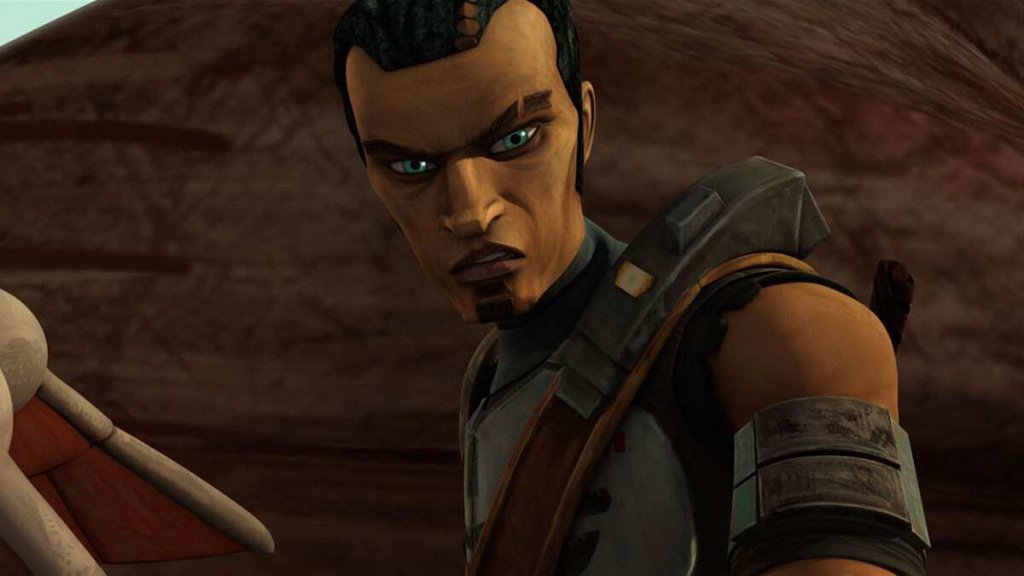 Saw Gerrera has to be one of The Clone Wars' most successful introductions after making the jump to live-action stardom since (in 2016's Rogue One), but even before all that the character was an impactful one. His later advancement towards extreme measures of rebellion was spelt out from the word go. 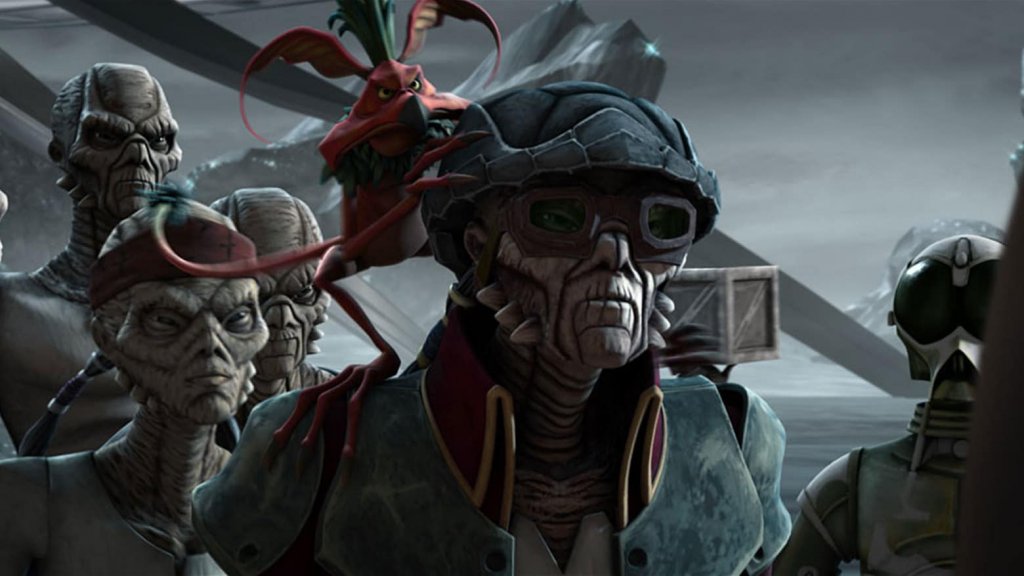 Few other characters in the show have been as charismatic as Hondo Ohnaka, since the series, he has also appeared in Star Wars Rebels, and it isn't hard to see why he is such a hit with audiences. The Weequay pirate has formed uneasy alliances with Obi-Wan Kenobi and Ahsoka Tano, detained Count Dooku, shown defiance in the face of General Grievous and nearly killed Maul and Savage, all while cracking wise alongside his pet Kowakian Monkey-Lizards Pilf and Pik Mukmuk. Legend. 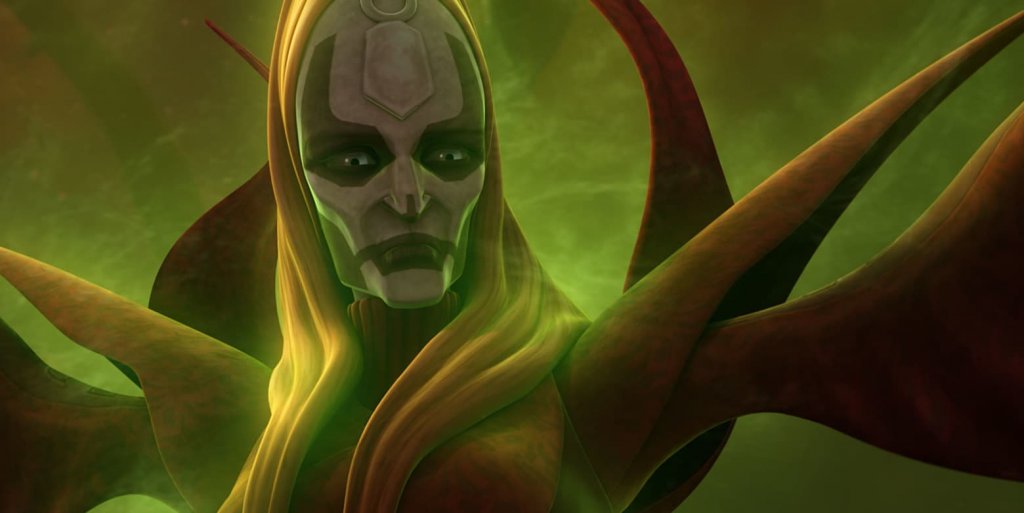 Talk about unlimited power! Mother Talzin is one of the most powerful beings in the entirety of The Clone Wars - she created Savage Opress, as we know; resurrected Maul to his full potential; came within a hair's breadth (were it not for Grievous) of killing Dooku; and even faced off against Mace Windu. More than that she even battles and nearly betters Sidious in the canon Darth Maul: Son of Dathomir comic series! Oh, what could have been... 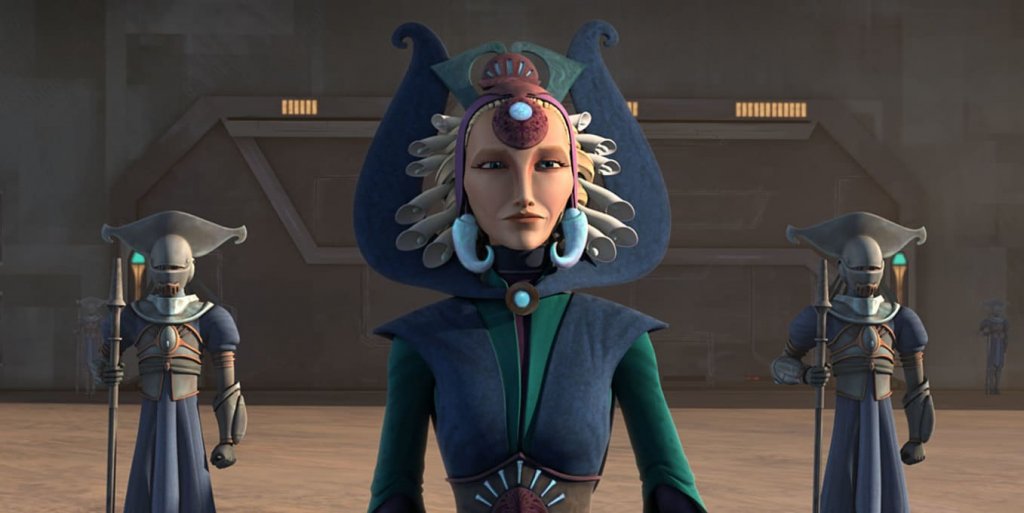 Mandalore's war-torn past was set to be a thing of the past under the pacifist leadership of Duchess Satine, who is one of the show's purest characters. Her imprint on some vital arcs was very much felt, in particular, her backstory with Kenobi which resulted in one of the series' most heartbreaking moments in Season 5. 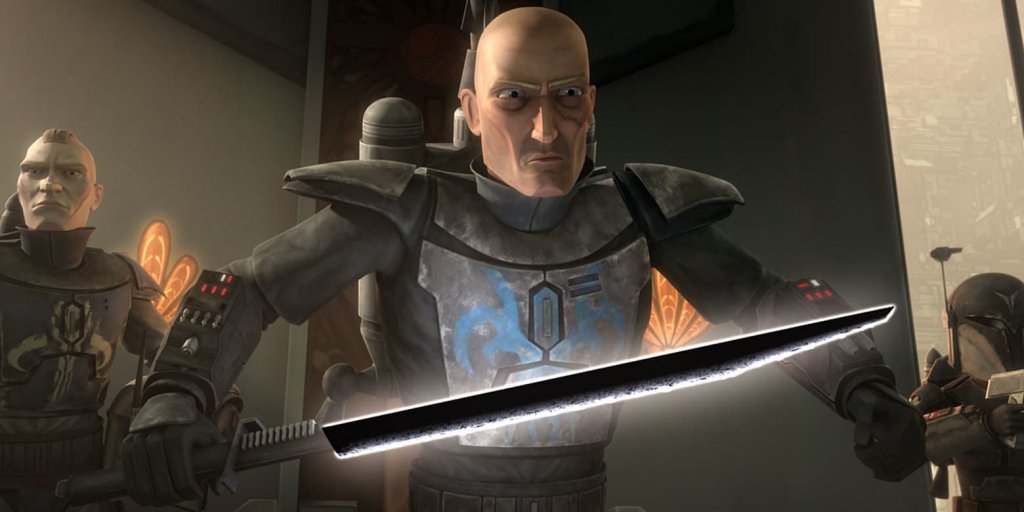 The head of Death Watch, Vizsla was a part of some of the series' best battles, but he became intertwined with the ancient darksaber that he wielded in said battles, which of late has seen an even greater prevalence in Star Wars lore. A skilled warrior, noble to the ways of old Mandalore, Vizsla ultimately became vital in Maul's rise to power, as the two uncomfortable allies fought for Mandalore's future. 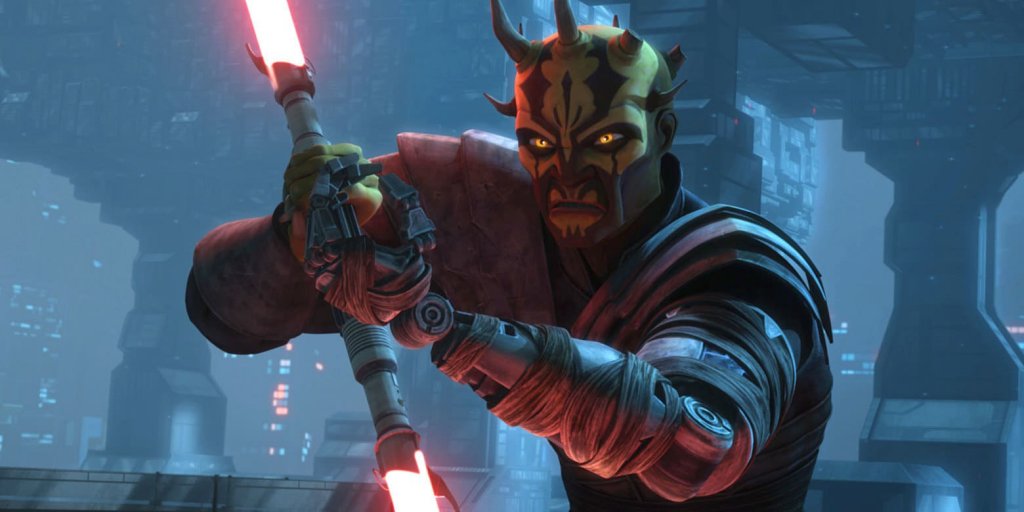 Savage is often forgotten about in the debate for the show's best characters, and that is an absolute crime, voiced imposingly by Clancy Brown, Savage is a monstrous and yet tragic character. His roots are actually quite noble and rather heroic, but he soon became something far more rage-fuelled and dark, as he was used as a tool by Ventress and Dooku alike, only finding eventual solace in the company of his equally angry and hate-filled thought-dead brother Maul. 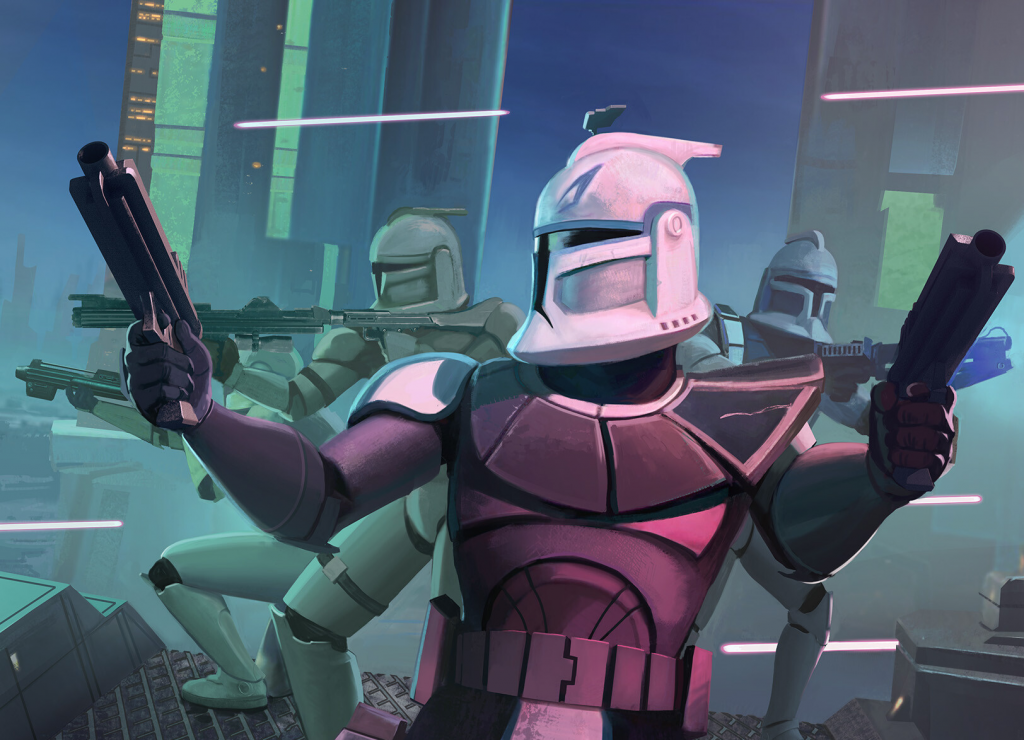 CT-7567 or Rex is one of The Clone Wars' biggest characters, to the point that many actually thought he was a part of the live-action films but he is in many ways the helmeted face of this show. Appearing in well over 50 episodes and being a part of some huge arcs (most notably in his confrontations with the aforementioned Krell), Rex is a superb character and one whose story has expanded beyond the show itself, thanks to his older and wiser role in Star Wars Rebels and select Star Wars literature. 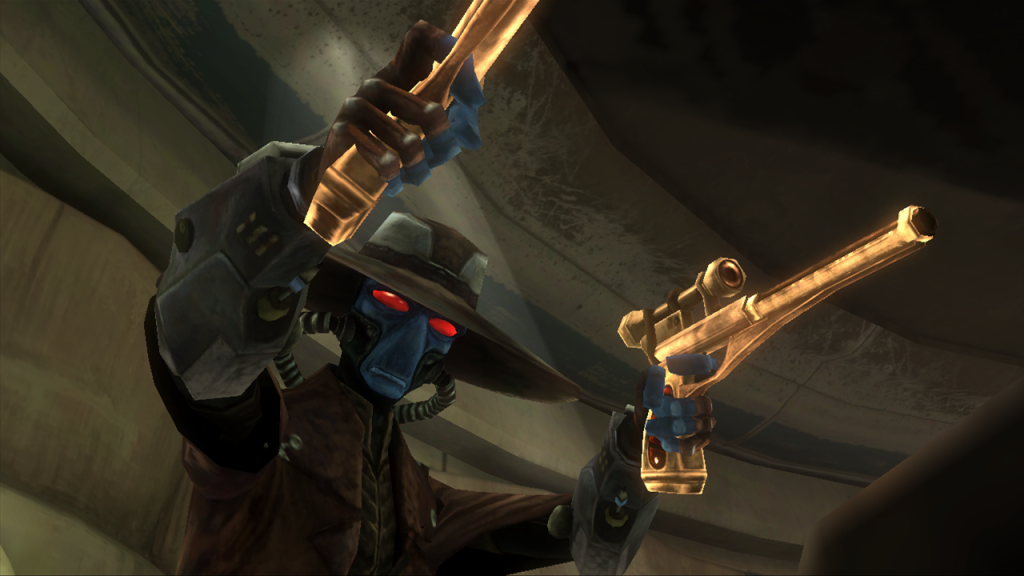 An endlessly cool tribute to western outlaws, Bane is an intelligent and proficient bounty hunter who - with any justice - would only be too welcome in the live-action lore of the franchise. Since his debut at the climax of the first season, he has been embraced as one of the show's greatest faces, and with his enigmatic ways, cool dialogue, and 'Man With No Name'-esque aesthetic, Bane is certain to endure as one of the show's best cross-over characters. 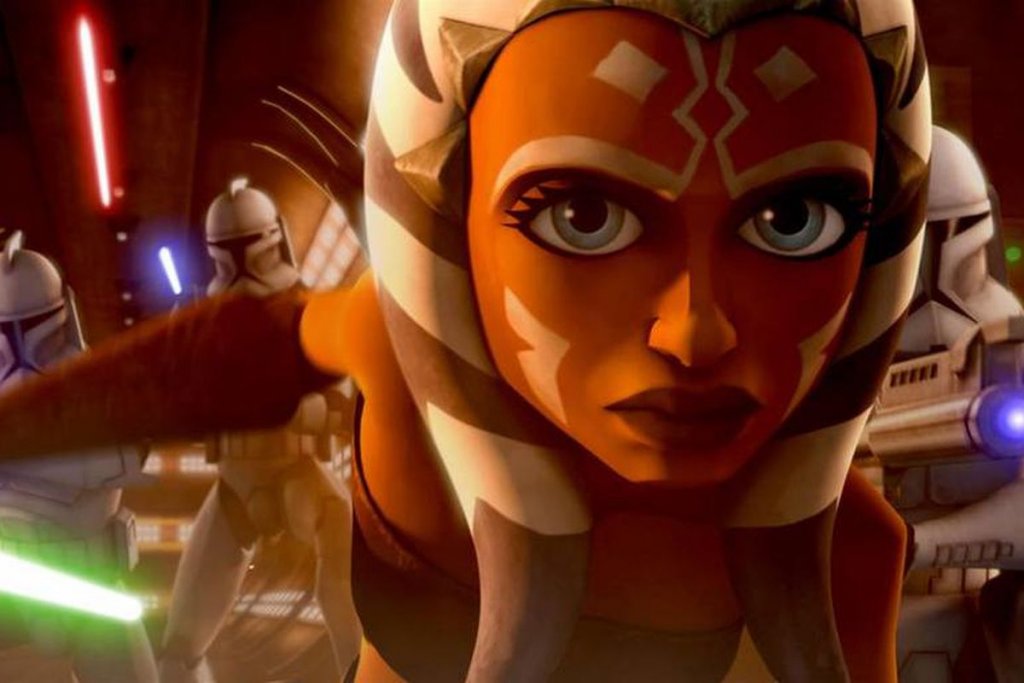 Really, who else could it have been! From her introduction in the 2008 film as a rebellious little Padawan to her later role in Star Wars Rebels, Anakin's apprentice has proved to be an inspiring and immensely successful creation. Before our eyes, this young lady has grown up, and her eventual leaving of the Jedi order was one of the show's most powerful scenes. Tano has appeared in and inspired countless other works from games to comics to books, and it seems that this Togruta warrior's future is set to be as big as her past, if not bigger. Fans love Ahsoka not because she is all-powerful or all-knowing but because she represents one of the main things Star Wars has always been built upon: hope.

STAR WARS: THE CLONE WARS is available to stream in full on Disney+