With Rob Savage’s recent Host and the ongoing Paranormal Activity franchise – yes, an eighth film is on its way – the found footage genre shows no signs of running out of battery. So, to make sure you’re up to date filmmakers Sarah Appleton and Phillip Escott have produced The Found Footage Phenomenon, a documentary detailing the history and evolution of the sub-genre. Sarah and Phillip took some time to talk to us about their film and why the genre is so important.

STARBURST: What was the genesis of this project; were you found footage fans to begin with?

Phillip Escott: The genesis stemmed from a disc I was producing for Second Sight, of Lake Mungo for a Blu-ray release. Sarah is a huge found footage fan and she found out it was in the works. We had to make a documentary for the Blu-ray on found footage films, and while a great idea it was a bit big for the extras as we’d already locked a lot. So, why not think bigger so we did.

Sarah Appleton: Yeah, I was super disappointed as Lake Mungo is one of my favourites and I really wanted to work on it.

Where did you want to start to explore the history, as it seems every generation has their own found footage beginning?

SA: We didn’t want it to be just a list, so it was less about that and more about looking at it as a technique and a genre. We always knew it would start with Cannibal Holocaust, and Phil already knew a lot about that film. For me, I learned a lot about the pre-2000 period during this process. As a fan I definitely came to it more after the Paranormal Activity era.

PE: The history was what always appealed to me as it’s interesting how found footage has kept the horror genre relevant. If you look back it’s always done that. During the research phase it was interesting to see what happened before Cannibal Holocaust, some of the texts and things such as the War of the Worlds radio show, how creative people have always been fucking with people via the real or not approach.

So, did you then compile a list of people you want to speak to regarding different styles, and was there anyone you couldn’t get to speak to?

PE: We found that many people were available (because of lockdown). We wanted the wholly trinity: Ruggero Deodato, Eduardo Sánchez and Oren Peli. The three bastions if you will, the guys who gave the genre new life. But the one person we couldn’t get was one of the directors of Man Bites Dog, as we wanted to cover that a little more.

SA: Yeah, because that was one of the early ones. The films that were before the ‘big boom’ are interesting as they invented so much. That’s why I was so happy when we got Dean Alioto (writer and director of The McPherson Tape) as that film is such an enigma, this weird thing that no-one saw.

One thing that comes through is that it seems everyone who makes a found footage film is so open and honest, but also humble. No-one claims to take credit for influencing the genre and yet each one does.

SA: A lot of people from earlier on had no idea what was to come, so it’s easier with hindsight to look back and see who invented found footage. With Dean Alioto, he kind of did the first home movie but as no-one saw it, it must just be in the zeitgeist. With The Blair Witch Project and The Last Broadcast they came at the same time but they didn’t know each other or anything. So, I guess it’s why people are reluctant to claim credit.

PE: I think it helps that a lot of the filmmakers are big film and horror fans, so they enjoy talking about other people’s work and films as well as their own.

SA: It is nice to ask filmmakers about other films when they’re fans. You can’t do that in other genres. I guess they are humbler about it, and they’re interested where other people took the genre after them. 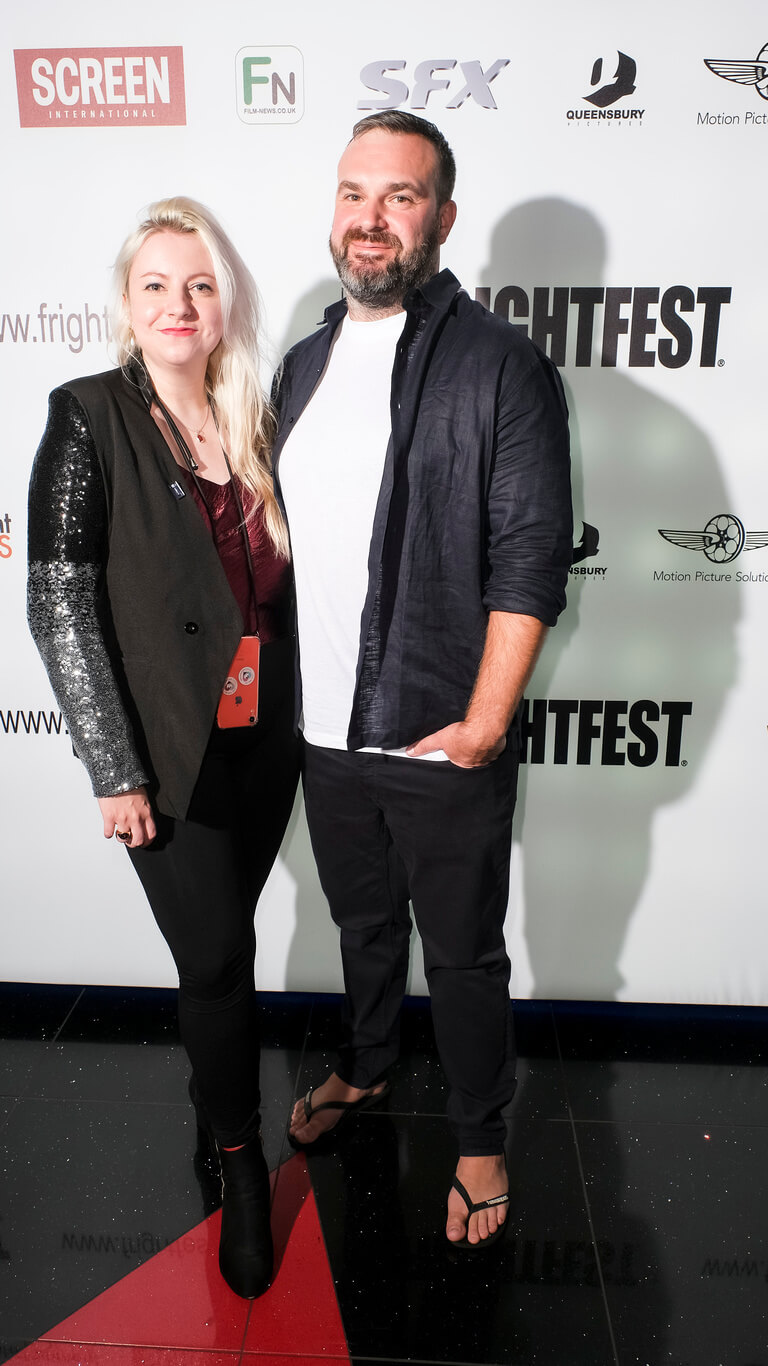 Going back to The McPherson Tape, it’s a significant film in found footage history, but for anyone who isn’t as versed in the genre it could be quite a tough watch.

PE: Yeah, I think it’s also a product of its time. He only had $6,000, and it’s interesting that today you could make a much more polished film for that amount than you could in the late 80s. So, he was hindered by the technology but his passion for the craft is what carries it through. That’s its greatest asset, that intensity as Dean understood what works in horror.

SA: I don’t know if it’s entertaining anymore but it is super interesting if you’re interested in the history and technology of where found footage came from. If you just want to see some aliens, then maybe not.

Do you think that the realism, in films such as The McPherson Tape is what divides fans and critics?

PE: Yeah, I think that the true crime element, of something claiming to be true and then the audience being clearly lied to is a thing. I think it comes down to the individual.

SA: It depends on what you like. Personally, I love the reality. With horror, I prefer something set in the real world rather than fantasy so that’s what appeals to me. But I get that’s not everyone.

Do you think that the parameters of what constitutes found footage are changing as filmmakers need to push the boundaries?

SA: I really think that found footage doesn’t have to be a tape that’s been found and watched. Mockumentaries are found footage as they’re pertaining to be true and real, and that’s what I think the definition is. So, in that sense when you get films such as Host where you have an online platform, are we supposed to think it was found on someone’s hard drive and now we’re watching it? I’m not sure.

PE: It’s evolution. Back in the days of The Blair Witch Project it had to be literally found reels of film. As technology advances the sub-genre advances. It’s moved from VHS and film and not into streaming and digital. 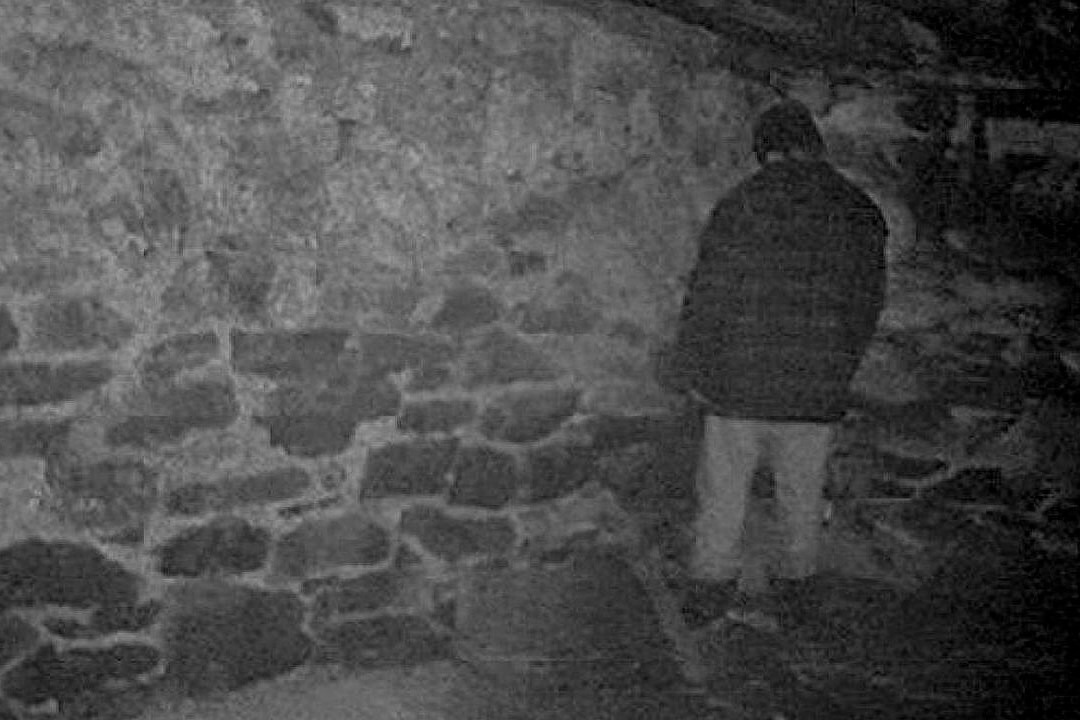 Did you get the sense that there’s a ‘lightning in a bottle’ moment for these guys as few either return to the genre or replicate their initial success?

PE: A lot of it comes down to them having not having enough money to make a ‘real’ film. The sub-genre is perfect for student and low-budget filmmakers. It’s a format that allows you to get your foot in the door.

SA: But as much as they are accessible to make, they’re hard. I always refer to the example of Frankenstein’s Army. I know a lot of people haven’t seen it but it’s amazing how they did the long takes with the monsters, and the director said he had no idea how tough it was actually going to be.

Often found footage films can cause controversy, such as Cannibal Holocaust and Hate Crime, which is still banned in the UK. Why do you think that is? Do you think it’s the subject matter or perhaps how immersive they can be?

PE: Yeah, I mean, who wants to sit down and watch some Neo-Nazis terrorise a Jewish family for 90 minutes? There are lines that average filmmakers and audiences won’t cross. Sometimes films like Hate Crime, and also August Underground, only appeal for shock value, to see how far they’re going to go. It will close off a whole section of the audience, but some will be into it and get it and love it. It’s a risky move but can pay off.

What would you consider the underrated films of the genre, the ones that have passed people by somewhat?

SA: We included some of our favourites alongside those films that did something new and different. There are a few I like that we didn’t get to talk about. For example, My Little Eye which came out in 2001, we just couldn’t tangent off to it, but I really like the reality television side of found footage. The Houses October Built I love for the entertainment value.

PE: For me, it was more of the non-horror films we couldn’t get in such as Spinal Tap.

How important is found footage to the genre?

PE: I would say it's vital. It’s our generation’s slasher film. In the '70s and '80s, you didn’t need much money, just some friends, and you can go make a slasher film. Now, it’s some friends and a decent camera and you can go off into the woods and make a found footage film. If you’re talented it will shine through. While that doesn’t mean everyone should make a movie, everyone can.

SA: That’s what makes horror so different and so special as you can’t do that with another genre. Horror is so different to everything else as it’s so accessible and has such a huge fanbase.

The Found Footage Phenomenon is out on Shudder now. Read our review here. 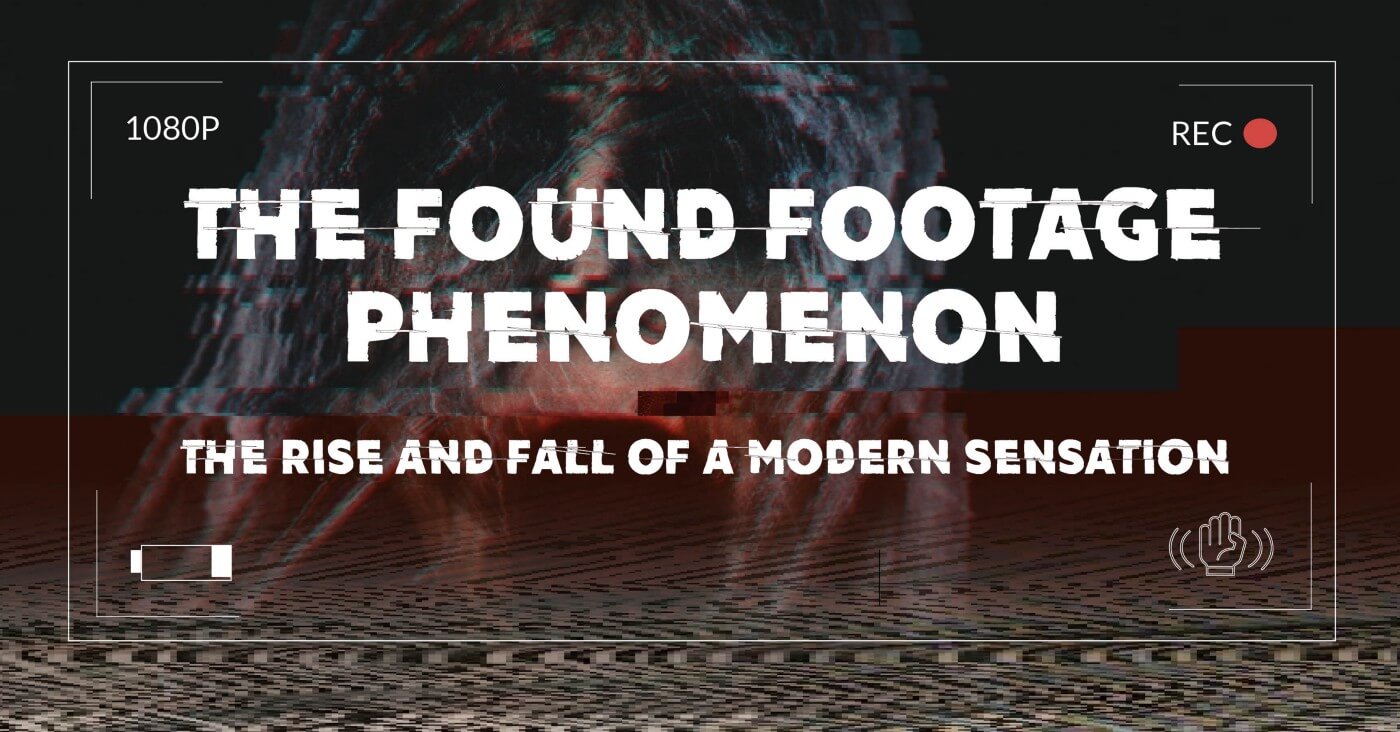