We recently caught up with actor Sam Witwer ahead of his appearance at Liverpool Comic Con to chat about his work on Being Human, The Mist, Smallville, and, of course Darth Maul…

STARBURST: Last year, you did a reunion with the cast of Being Human, and it seems like you are all still close. What did you enjoy the most about working with that cast, and why did it work so well?

The Mist has become a classic horror movie - once you see the ending, you can't forget it. How fun was it to play Private Jessup, and what was it like to work with the legendary Frank Darabont?

I’m so happy that that movie has grown in the estimation of the audience since it came out, because I always thought it was terrific, and I thought that the black and white version was even more so.

But having said that, the process of working was tough, because it involved being in a really awful place, bawling your eyes out in the corner, and then right before they yell action, you stop crying and then immediately try to play the scene straight, so it seems like you’ve been up all night, like you’ve been exhausted, and terrified, and stuff like that. However, the pleasure of it was everyone was so good, and Frank Darabont is such a sweet, awesome super-nerd like myself. We’ve been friends ever since. I remember feeling like I was a little bit of a weirdo collecting geek stuff, like I have a model of the ‘60s Star Trek Enterprise, for example, and then I went over to Frank Darabont’s house for the first time. He had whole rooms full of the most amazing artefacts: “Oh my god, Frank! Can I touch the Blade Runner gun? Cool!” “Oh my god is that a Drew Struzan original poster of The Green Mile? Oh my god, it’s the real painting!?”

That scene where they throw Jessup out to his death looked pretty intense to put together. You can see the group, literally battling with the decision to cast him out or not…

Yup! And William Sadler beating me up. The way that Will made up for the fact that he would hit me and throw me around was that he would do the voice of Death for me, from Bill and Ted, on command. 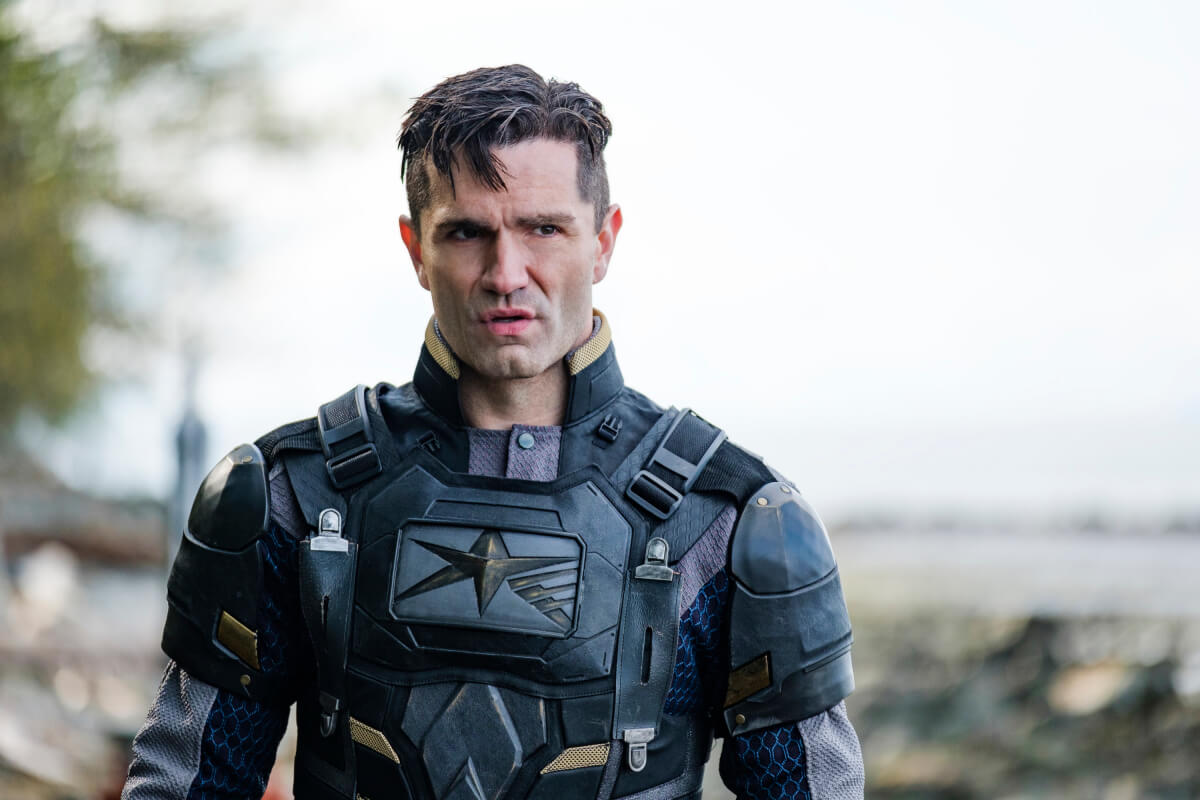 Talking of Frank Darabont, and with The Walking Dead ending soon, we thought it a good time to ask you about your brief part on the show, as the ‘Tank Soldier’! What do you remember the most from filming those scenes with Andrew Lincoln?

Everyone was cool. It was supposed to be a setup for something else we were going to do on The Walking Dead - that character that became the tank zombie was going to be the lead for an episode or two. That was a great idea, that we never got to execute unfortunately, because of the shenanigans that they were pulling on Frank at the time. Shenanigans that I am well documented in calling out publicly, blackballing myself with AMC in the process!

That’s how it goes!

I’ve been doing this now for a while, well over twenty years, and you realise life is short, and you’ve got to hang out with the people that you like, you’ve got to find enjoyment where you can find it, and every now and then you’ve got to call someone out on their bullshit. That whole thing with Frank was nasty, but I’m glad that it all worked out. He won his court case big time, so there you go.

Smallville is still talked about heavily. What was it like to take on the somewhat mysterious role of Davis Bloome? A role that saw him hide his Doomsday side!

Really fun, because they wrote great, great, great stuff! Speaking of speaking your mind too much, that’s one of those times where I was honest, but I don’t agree with my timing nor the venue of my honesty. I talked about how I was unhappy with how that character ended, and that level of honesty in interviews at the time, when Smallville was airing, doesn’t really accomplish anything. What you’re doing is putting a bit of a rainy day on an entertainment product, that you want people to enjoy, you worked hard so that people would enjoy it. I think my honesty there was maybe a little uncalled for, because overall, I thought that the Davis arc was fantastic.

I was always a guy who was used for character parts, and a lot of threatening parts, villain parts. Then they wanted me to essentially play the big villain, but play him as a hero, as a good guy, as a sweetheart. And that helped me to develop tools in my toolbox. At the end of the day, my perspective is of extraordinary gratitude, for them having thought of me for that role, and they wrote such wonderful, enduring material.

With Smallville, the seasons are quite long compared to some TV formats we currently have. What do you think that the length of it brought to the viewing experience?

It’s really cool. And the fact people watch it even now. We do these short episode orders these days, eight episodes, it makes the Being Human thirteen-episode order seem luxurious by today’s standards! But these eight-episode orders, six-episode orders, stuff like that. They’re cool, I love serialised storytelling, I absolutely think it’s great, where you go from episode to episode to tell a bigger story, it’s essentially one big long movie, but there is something to be said for living with characters, and having some episodes be less important than others. Like people think “Oh it’s a filler episode of Smallville or Clone Wars” and you’re like “Yeah, but, you really get to know the characters in a low stake situation!” and often it’s the balance of low stakes and high stakes that make you feel like that character is a part of your family. You know these people, you want to hang out with these people. Like the Star Trek Next Generation crew, or the original Star Trek - no matter where you were in that series, you were hanging out with those characters, and that was amazing, and I think Smallville is the same way.

Let's talk Darth Maul! What did you want to see from Maul when you first got offered the part?

I wanted to see the damage of the character. Because it was something that I always thought about. Like if they ever brought Maul back, they should make it so he can’t use the force as well. He reaches for something and it doesn’t quite work, which is, by the way, in the damn episode! It’s some of the stuff that I used to think about, and geek out with my friends about. This idea that the damage of the dark side and how jealously these guys hold on to their mortality because they’re terrified of death, because what’s death, death is the ultimate letting go, the ultimate acceptance of the natural order of life. The Sith are not about that, because if you die, you’ll lose everything. That is unacceptable, because they are the most important thing in the galaxy, and they can’t allow that to happen. Whereas the Jedi are like “I’m not the most important thing in the galaxy, the important thing is that I inspire the next generation, so that they can rise to prominence. If I die, it’s OK, I will become more powerful than you can possibly imagine, because I would have already inspired other people to do the right thing.” People like Vader can’t understand that.

Sam Witwer is appearing at Liverpool Comic Con on November 19th and 20th.