Horror is a film genre of extremes. While some try to stay away from the genre as much as possible, there are others obsessed with it, always looking for the next cathartic experience of cinematic terror or another sublime look at the dark side within the realms of cinema. Ivan, frontman of the band Opensight, would fall closer to the second group. Playing in a band that has a strong film music influence despite its rock and metal basis comes with a love affair with genre films and, in particular, horror movies. 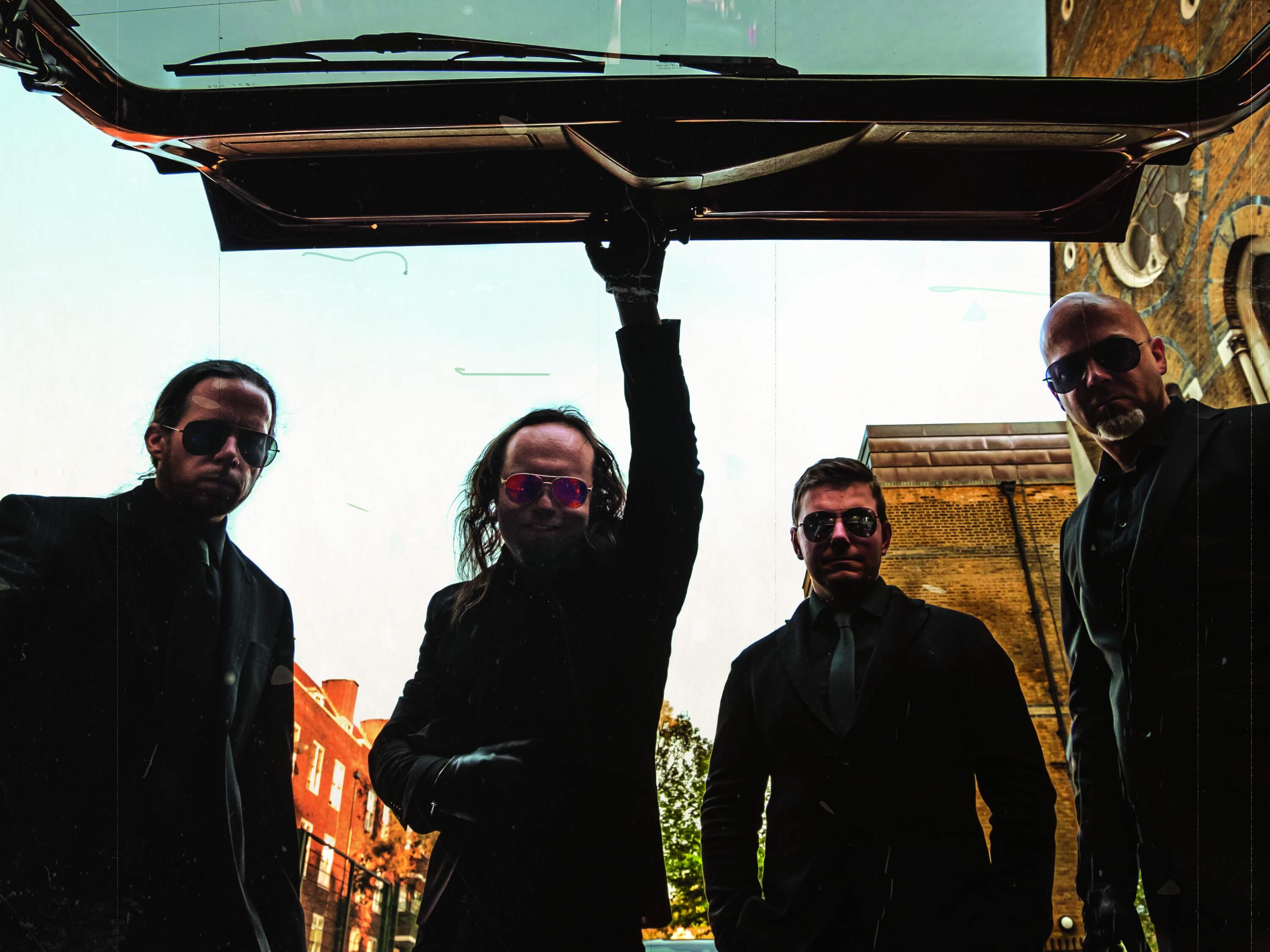 Opensight's new single and video Stained Remains centres around "a forgotten horror from the past brought back from obscurity. A motion picture so frightening that decades ago it was locked in a vault deep within the earth". Cinephiles and film freaks will definitely recognise the old movie that the band used for their video, which you can see below.

In honour of the band’s video release, they have put together a list of their top seven horror films for us...

Despite being directed by Lucio Fulci who has been proclaimed as the Godfather of Gore, one of the main strengths of The Beyond is its atmosphere. Cold vibes but colourful visuals and gorgeous photography create a surreal world where the dead come back from hell through one of its seven gateways to invade the earth. Italian composer Fabio Frizzi has been a key influence on Opensight’s music, and his score for the film is outstanding, contributing immensely to the vibe and also being very effective when experienced by itself.

The Beyond breaks the rules, which is the reason it stands out. A beautiful movie drenched in blood and a mandatory watch for horror enthusiasts and zombie fans everywhere. After watching The Beyond, you might want to pop in Zombie Flesh Eaters and City of the Living Dead for a ‘triple feature’ extravaganza! 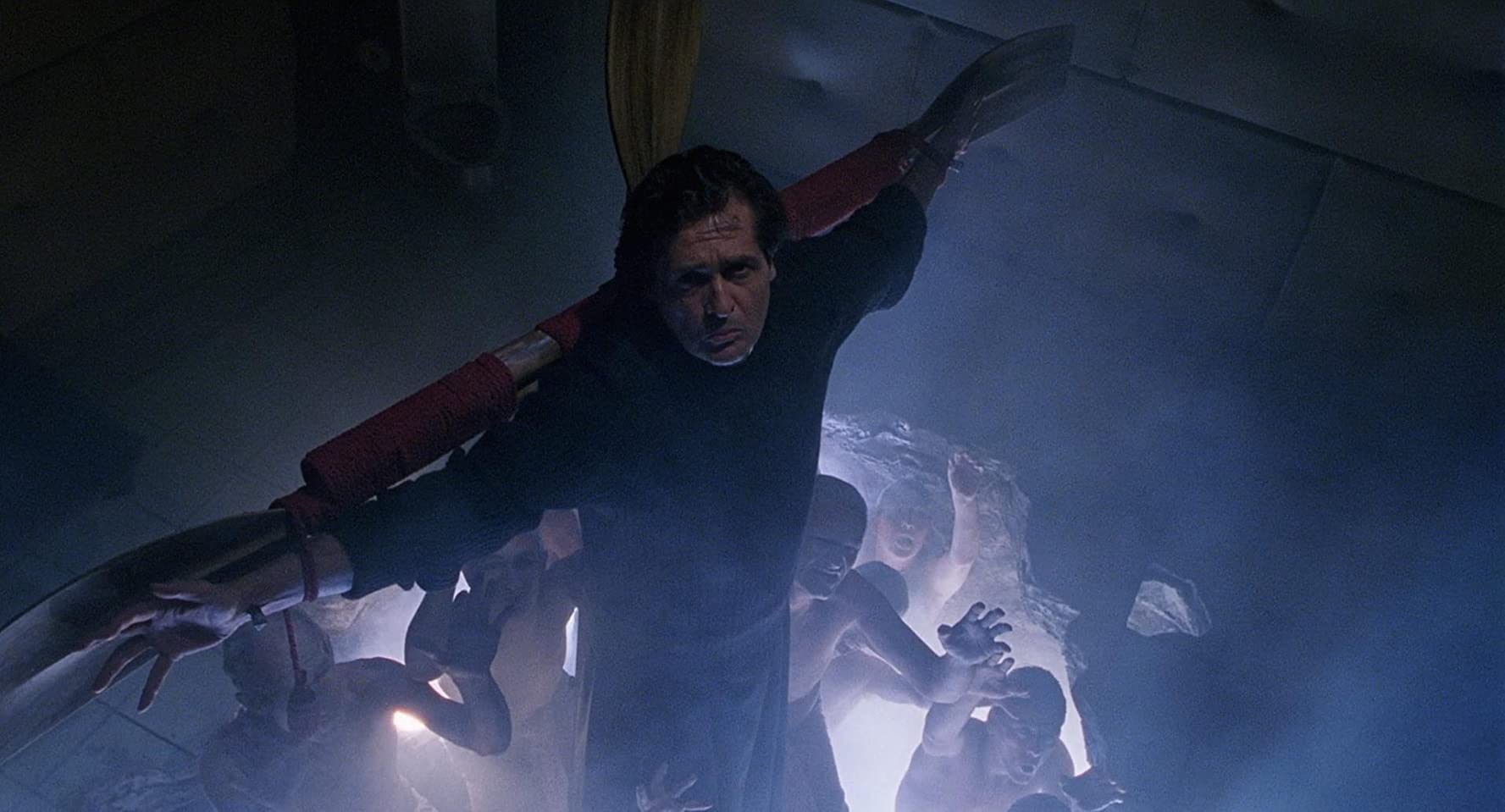 A highly underrated sequel. The film presents a connection between demonic possession and serial killing for a genuinely unsettling and enigmatic effect. The Exorcist III is not only a horror film but also a superb psychological thriller.

William Peter Blatty, the author of the original book, wrote and directed this based on his novel Legion. He took chances despite pressure from the production company and brought a film that stands on its own. Add on top of that we get some excellent performances by all the cast, including George Scott, Brad Dourif, and Jason Miller. With The Exorcist III, your horror movie night is sorted! Watch out for the famous ‘corridor scene’, which is a testament to how pacing can make a horror film truly effective. 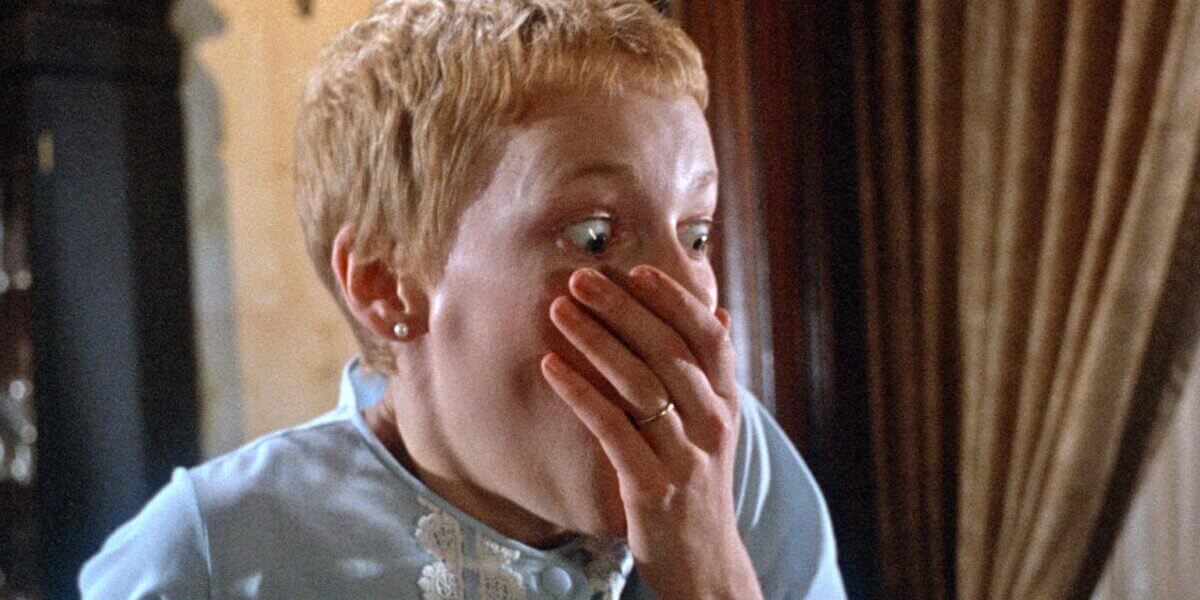 Based on the novel by Ira Levin. Rosemary’s Baby is soaked in occult vibes and that charming atmospheric mysticism from the ‘60s. The film portrays the descent into madness of our protagonist, who suspects that she and her unborn baby are the targets of a plot by a witchcraft cult. Mia Farrow delivers an amazing performance as a vulnerable but strong heroine. And we are with her all along, at the edge of our seats, during the amazing build up all the way to the climatic end.

The history of the film is surrounded by curious and tragic real-life events. Besides Mia Farrow and Frank Sinatra getting divorced over commitments for the film, there was the connection to the Manson Family crimes and the film being shot at the Dakota building where John Lennon was murdered. There were also false rumours about Anton LaVey being brought as a consultant during the shoot. All of this gives the film a certain ‘occult’ energy and makes it a true pop-culture curiosity.

Another Fulci entry but a very different one. The New York Ripper has to be seen to be believed! A notoriously ruthless film of the Italian giallo style of the murder mystery. The movie is based around a violent serial killer that talks like a duck (imagine Donald Duck’s voice threatening to kill you over the phone) and terrorizes the city leaving a trail of dead bodies. New York is portrayed as a sleazy place, filled with strip joints, crime, perversion, and shady characters (including the main ones). All presented with beautiful photography and a mysterious but funky ‘crime’ score by Francesco De Masi. The New York Ripper is a fun and thrilling ride, but you will probably need a shower after watching it. 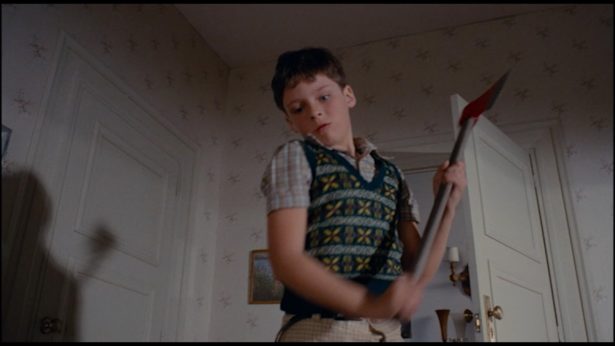 A Spanish ‘slash and dice’ fest, also borrowing from the Italian giallo rulebook while still breaking the rules! The advertising for Pieces claims that “You don't need to go to Texas for a chainsaw massacre”, and it delivers in spades. Despite being a full-blown slasher, the film is presented as a murder mystery, as it follows the police investigation to unmask and apprehend the black-leather-gloved killer who is piling bodies at a high school. It is pretty obvious who the killer is, so the strength of this film lies in its extravagant over the top temperament and deliciously ‘80s atmosphere. The ending has a twist that is absolutely unbelievable and worth the entire ride. 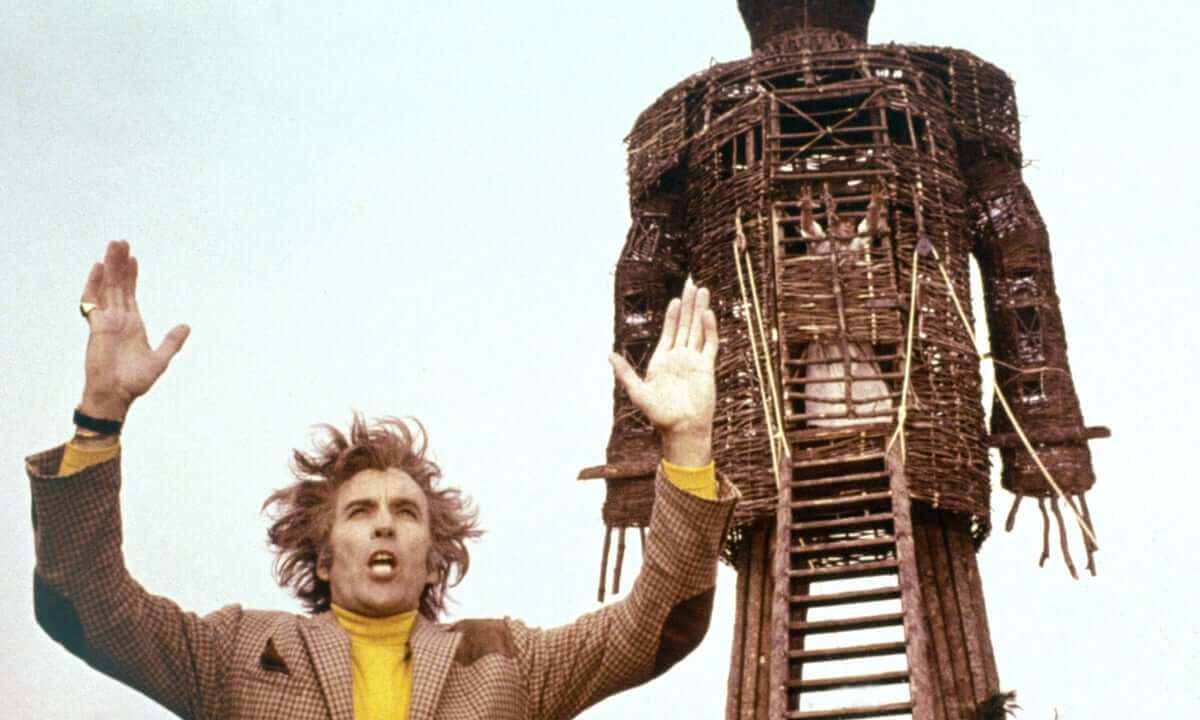 One of the things I've always loved about bands like Iron Maiden is their references to literature and film, which could lead curious fans into the discovery of some cool films like Where Eagles Dare, Falling Down and the all-time British favourite The Wicker Man. Fans of recent movies that have a more pastoral or folk vibes like Midsommar or The Witch would definitely enjoy this one. A mysterious story about a religious police officer who gets thrown deep into the pagan rituals of a remote island while investigating the disappearance of a little girl. The plot unfolds and twists in a way that will keep you on the edge of your seat until the shocking ending, which is genuinely jaw-dropping. The Wicker Man enjoys a soundtrack of authentic folk music and visuals that contribute to the sense of authenticity and also confusing weirdness. Edward Woodward as Sergeant Howie does an impressive performance and Christopher Lee embodies Lord Summerisle magnificently. 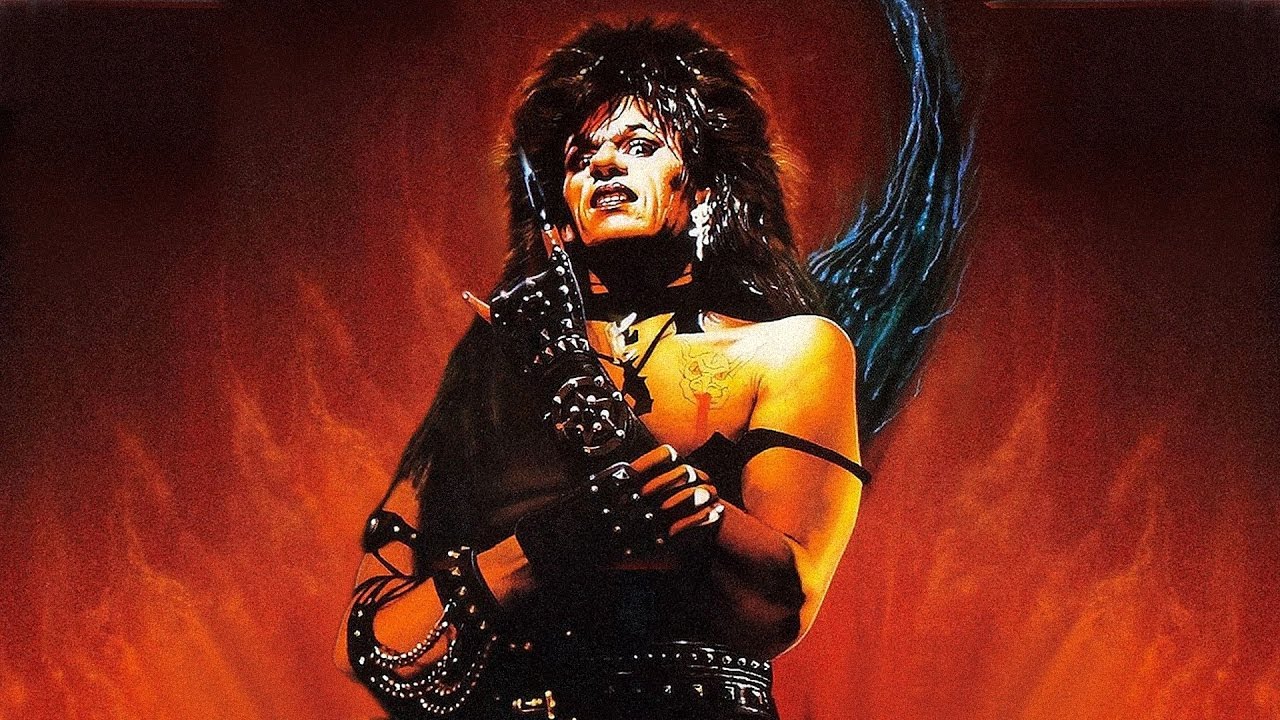 With appearances by Gene Simmons and Ozzy Osbourne, this one is an enjoyable supernatural horror that is a product of the Satanic Panic of the ‘80s, when the idea of heavy metal musicians as part of a satanic conspiracy to corrupt our youth was taken seriously by some people. With a typical high school setting where jocks spend their time pranking and bullying the outcast students, our metalhead protagonist is able to get revenge via dark supernatural powers from beyond the grave, given to him by his all-time favourite heavy metal star Sammi Curr. We witness creepy ‘subliminal’ messages, nightmarish visions, and a revenge plot gone out of control. Trick or Treat is an interesting take on the subject of metal music as an instrument of evil. Turn the volume up to eleven on this one.

Find out more about Opensight and listen to more of their music here. 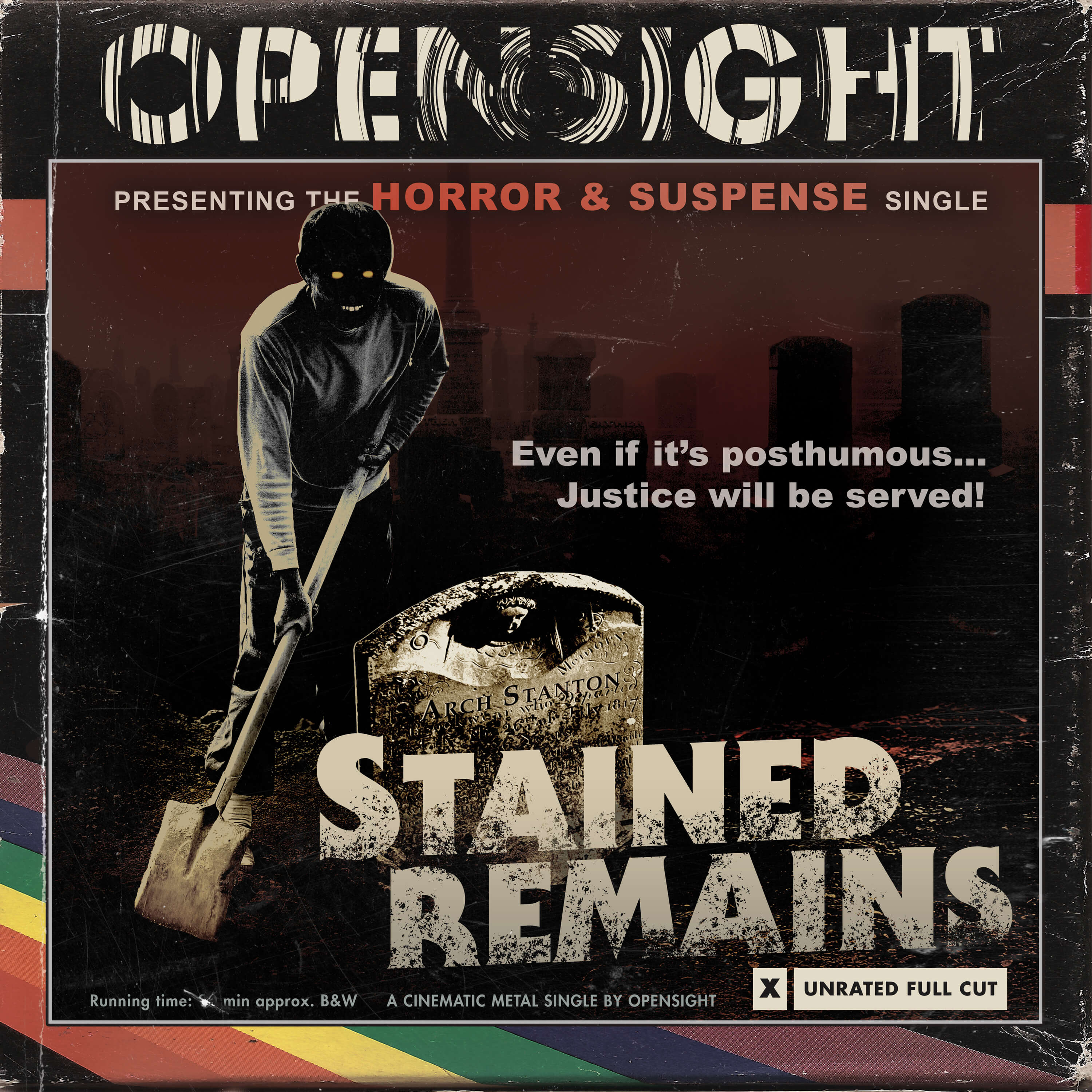