With Netflix recently debuting the animated spin-off JURASSIC WORLD: CAMP CRETACEOUS to much acclaim (read our review HERE), we were delighted to sit down with three of its stars - PAUL-MIKÉL WILLIAMS (who voices Darius), GLEN POWELL (Dave), and JAMEELA JAMIL (Roxie) – to talk about its reception, what lies ahead, the anxiety of the recording booth, massive tails, and more...

The story of Camp Cretaceous overlaps with the event of Jurassic World. How would these characters fair against Claire Deering or Ian Malcolm?

Paul-Mikél Williams: I would say that the main franchise is a big part of how this series is currently going. If it wasn’t in the main setting it would still be on the same path of a bunch of stuff breaking out, because the Jurassic franchise has a lot of adults making bad decisions, so I don’t think it would make that much of a change in storyline.

Glen Powell: Yeah, I would say Jameela’s way more responsible, her character. I have no responsibility; I assume I would be the first one to be eaten if I got on that side of the island.

Jameela Jamil: Yeah, and if anything, my character would eat him, if a dinosaur didn’t [laughs], for survival. 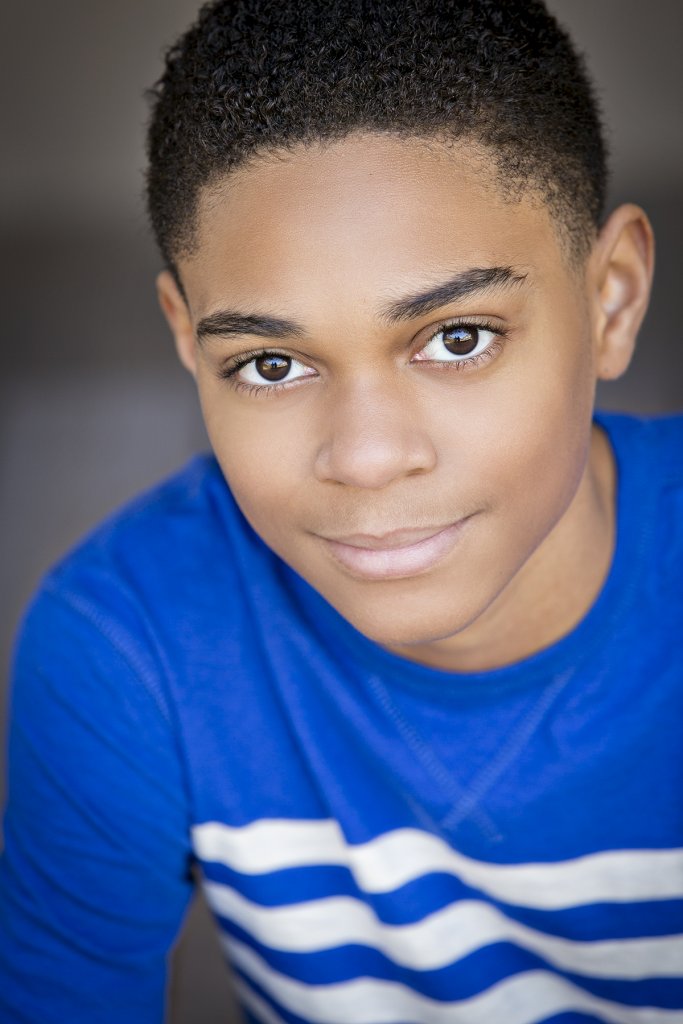 Even though this is an animated show from such a beloved franchise, how do you all feel about coming in and joining it now. Obviously, it’s exciting, but is it also quite daunting for you?

JJ: I’m the biggest Jurassic Park freak, I have been since I was a child. I still think the original movie holds up, and I loved the reboot, which I was afraid I wouldn’t because of how much I enjoyed the original, so to be able to participate in just the legacy of Jurassic Park feels massive, especially to my inner kid, and to know that if I go on to have kids one day, that they’d be able to watch this means the world to me. I’m so glad to see how much people love it, I can’t believe how extraordinary it looks. When we’re doing it, we’re doing it to these very basic line drawings, so I think we were all so amazed to see how it turned out. It’s a massive honour, that I don’t think any of us take for granted.

GP: Also, when you take a beloved piece of IP or something that we all have a strong emotional connection to, it’s more often in Hollywood that it gets screwed up than it’s done right. Obviously having Steven Spielberg, Colin [Trevorrow], and Frank [Marshall], these amazing brains behind it to make sure that we don’t screw up what I consider to be holy ground in a cinematic world, I’m really glad we didn’t ruin it, because there’s a lot of people in my life that would tell me if we ruined it. And I didn’t have to answer to them, so that’s nice.

PMW: Joining this wonderful franchise was really a dream come true, because I loved the Jurassic World movies. The Jurassic Park movies got me enticed into the series, they gave me a newfound love for dinosaurs that I never thought I would have. Then, I got the surprise that these two would be joining me and I freaked out even more. This franchise just skyrocketed my love for it, and being a part of this show with these amazing people and their voice acting – they were some of my favourite characters I’ve ever seen in an animated series – I would say that I was very nervous in the beginning, but the more I got to know them, the more I listened to their recordings, the more I felt right at home.

JJ: Also, please make it known that the other cool thing of being a part of this franchise is just being able to ride Paul’s coattails, because he’s going to be a massive star.

GP: I don’t know how often you all came in for recordings but Paul, you must have been living in there. I feel like I came in there occasionally every once in a while and made some Dad jokes, but you run the show, man!

PMW: You guys got some amazing screen-time - you guys were iconic! I feel like you guys will be made into Funko Pops at some point because of how funny and amazing and creative your scenes were. 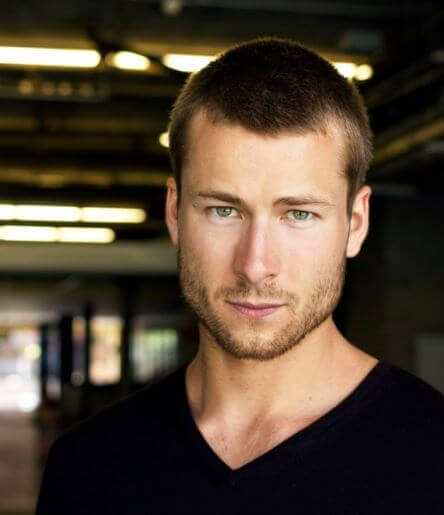 It’s animation, so it’s a vocal performance, but how into it do you get inside that sound booth?

GP: Watching it, I realised how into it I really was [laughs], maybe a little too enthusiastic sometimes.  They kept telling me to bump up the energy and I was like “really?”. I’d go on drives home and I was light-headed from that amount of energy. I’d have to take a pre-workout before I went in for a voiceover, they really wanted the energy. I hope Dave isn’t annoyingly energetic, but I was sweating every time I left that booth.

Paul, how do you expect your character to develop moving forward in Season 2?

PMW: I feel like the campers are going to go through some crazy things, there are probably going to be a lot of things that I haven’t seen yet. Scott, the producer, I’m loving what he’s doing on the show, what the writers are doing, I’m a huge fan of them right now, but development-wise I want to say there’s going to be more than just dinosaurs; they’re going to dive into the lore of everything that we missed in the ‘quote unquote’ gaping hole of Jurassic World through Jurassic World: Fallen Kingdom. There are going to be a lot of things said that people didn’t think were going to be said, and I feel that development-wise Season 2 is going to be one heck of a ride!

There’s some quite dark moments in the show, so was there any apprehension from your side how the young audiences watching it would receive it?

JJ: I personally advocate telling kids the truth and not trying to keep them overly sheltered, and I think we did it in this really relatable way. I know kids as young as six or seven who are watching it who don’t feel too overwhelmed. I think we managed the balance correctly but, also, I think kids can handle more than we think, and it’s great for preparing them for big emotions. So, I like that it sets us apart from the rest of the franchise. Even though it’s animation it feels so human and so full of heart and I really like that.

GP: I think also when you look at Steven Spielberg’s Amblin work, the way he treats the kids, it’s usually through their point of view, and he always treats them with an adult perspective and responsibility. They’re the ones who save the world in all the early movies, and because he doesn’t treat them like an adult looking down at the kids, it’s kids lookingup at adults. He’s the master at that and he’s done it better than anyone, and I think that’s why a lot of young people are responding to the show. It doesn’t feel like they’re being talked down to, it’s like they’re saving the world because they know better than the adults.

PMW: I love how they’re idolising the kids in this series because the Jurassic franchise has really  been based on the adults and how they do things, and I love that they’re showing a kids side, even if it’s dinosaurs eating people they’re showing that kids have a voice. I like what Jameela said about not having it filtered towards a younger audience. It has so many morals that kids can learn, but it still has that action aspect, so it doesn’t feel too childish or too youthful. It explains friendship, teamwork, all of those things you need as a kid, but it also explains some of the other things you might be going through as a kid, like losing a parent or a family member. It’s good for awareness, not only for the kids but for the parents also. 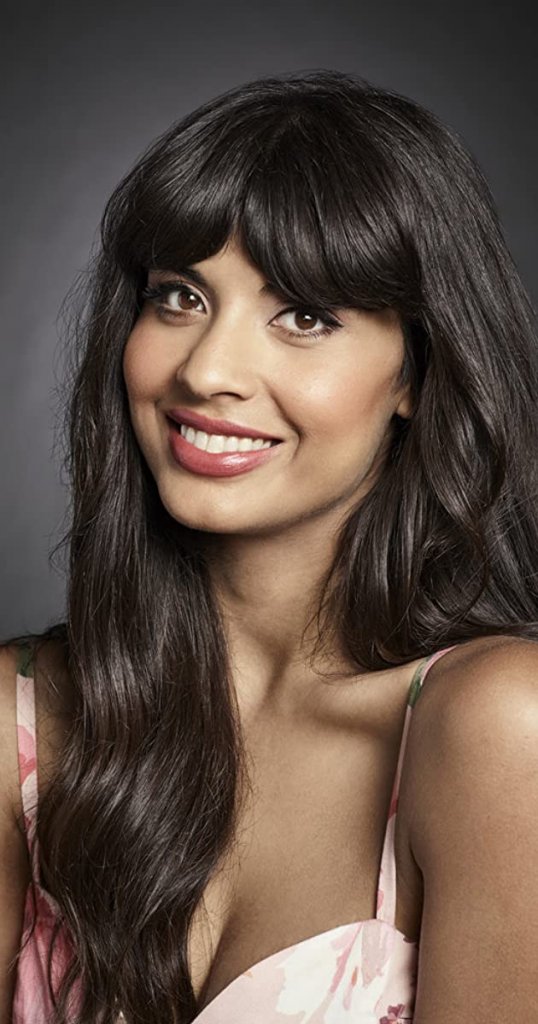 Did you realise when you came aboard the show that the story would overlap so neatly with Jurassic World?

JJ: I didn’t, and I wonder if they didn’t tell me that so I wouldn’t get too intimidated, because I think you can get in your head and the whole joy of animation is being completely lost, no inhibitions.  We’re English, we know how difficult it is to let loose and be free, so I had to really throw myself in and go to a place I didn’t even know existed in me in order to pull out these big screaming performances, and I think I wouldn’t have been able to do that if I’d felt intimidated by what was ahead.

GP: Did you ever feel intimidated when you did one of those emotional scenes and people are just silently watching?

JJ: Yeah, but also I was shouting and screaming and I had to use my arms to get into it, so I was very physical pretending to fall backwards, and then you see a bunch of very well-dressed executives blankly looking at you through the glass [laughs]. You feel like such a fool!

GP: It’s that silent moment right after you finish it. You realise how silent that booth is. You do all this crazy stuff, and then it’s the silence of your own insecurity. I’m glad that isn’t on film.

PMW: I definitely agree with both of you on that one; this is one of the most crazy roles that I have ever gotten into. I’ve never run from dinosaurs in my life, I’m sure none of us have ever run from dinosaurs in our lives, and then I really relate to screaming in the booth. You’re chilling in the booth to see if they want you to do it again, and it really shows how much time goes into this because there are so many aspects of animation and also voice. The studio director and Scott were in there the whole time, and they put all of their time and effort into showing us how to do what we do and giving us things to relate to. They helped us so much with these roles.

Which dinosaur do you think you relate to the most?

JJ: Oh, I’m a T-Rex. Look at me on Twitter! [NB: This was recorded on a day where Jameela was trending worldwide on Twitter] Massive destruction, flailing around [laughs], just a big loud monster. I’ve always identified with the Tyrannosaurus Rex.

PMW: I would have to go with Ankylosaurus. Huge tail gentle giant, herbivore, I would never eat a person, I’m not a cannibal. Also, the gentle giant aspect of an Ankylosaurus, you have the power to do something, but you only use it when it’s really needed. With great power comes great responsibility.

JJ: Also, he has a massive tail [laughing when she realises that could be misconstrued]. Oh, no, I didn’t mean that! Look at me, T-Rexing around again!

JURASSIC WORLD: CAMP CRETACEOUS Season 1 is out now on Netflix, while Season 2 is due in 2021.