Known for playing Homes in The Hunger Games franchise, Dr Pershing in The Mandalorian, and Salim in American Gods, actor Omid Abtahi has played a long list of diverse and exciting characters, but he has never played a superhero, until now! As Hawkman, he is part of Justice Society: World War II, a new DC animation that throws iconic characters into an emotional, time travelling story, with a classic war torn setting as its backdrop. STARBURST talks with Omid to uncover how he approached portraying Hawkman, and MUCH more!

STARBURST: This is the first animated superhero film that you've been a part of, so how exciting was that for you, and how did it compare overall to the voice acting projects that you've done before?

Omid Abtahi: I was very excited about it because, whether on screen or as a voice over, I’ve never played a superhero before, and as an actor I never anticipated playing a superhero. So just to have this opportunity was very special. It wasn’t too different to the voice over work that I’ve done before, because specifically with this project and this character, I had worked with the casting director Wes Gleason before on another project. The reason that he had me in mind for Justice Society: World War II was because of this prior project that we’d worked on. So when I got the offer for this, I was like “What do you have in mind, Wes?” and he said “What you did on that other project, let’s go ahead and bring a lot of that into this. I thought it was this deep, brooding, thoughtful character. So let’s apply it to Hawkman.” So, I was able to use that as a jumping-on point into a world that I wasn’t very familiar with going into it. 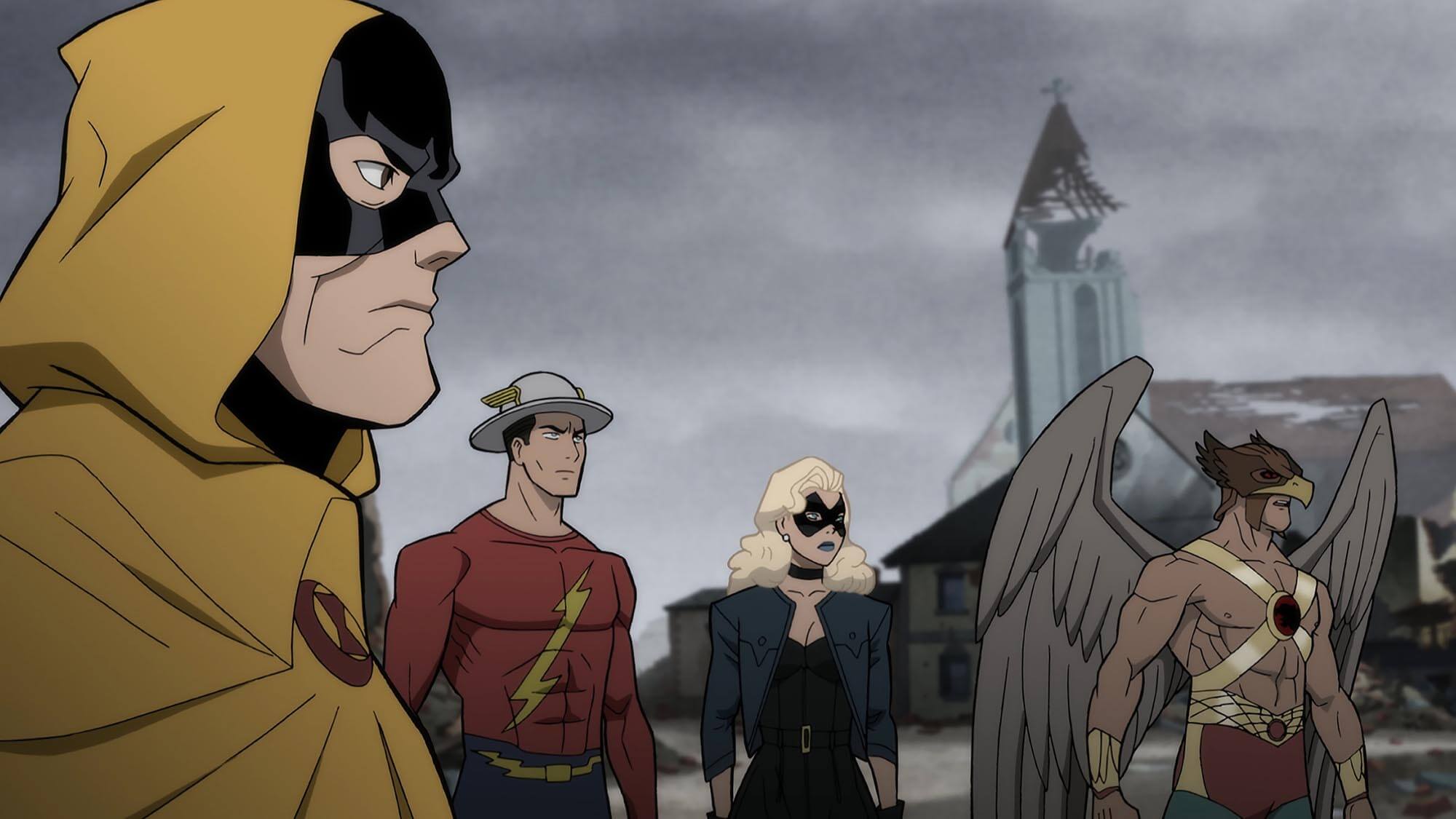 Hawkman has an extensive history, going all the way back to the 1940s. How much research did you do beforehand, and how did you approach putting your own spin on this classic character?

I knew who Hawkman was from growing up, and from the comics that I did read, I remembered him. He was very memorable, just because it’s a guy with wings. I wouldn’t call myself educated by any means. I went on the Internet and watched videos, and I started reading about him. I have to be honest, it was very overwhelming, and it was rather confusing. The more I read about him, the more confused I got, because he had so many different backgrounds, iterations. I even tried to watch a cartoon with him in, but I turned it off after three seconds because somebody else’s voice got in my head. That’s something that I didn’t find helpful. My main takeaway for Hawkman was that this is a man who has lived many lives, and he has access to those lives. He is deep, thoughtful, and powerful. I just wanted to bring that kind of wisdom to this character first and foremost.

The World War II setting seems to capture how we see superheroes in a unique and gritty way, what did you personally find the most interesting about playing a superhero within this historic time?

I’m a huge sucker for history, so I love that this took place in the past. I also love the animation choices that they had for this project. It’s cool to live in that world, but it didn’t really effect how I approached the character necessarily.

Justice Society: World War II has its fair share of emotional moments, especially for Hawkman. Is there a scene that really stood out to you when you worked on the film?

100%. There are two major scenes with Hawkman and Black Canary, where they’re able to take a breath in all of the action, and there’s this moment for them to have a really deep conversation over the span of two minutes. It was those two big scenes that I really gravitated towards. I was able to place who Hawkman was from those two scenes. Especially the last scene, which I’m afraid to talk about!

Hawkman can be calm and collected, but then switch to angry within a heartbeat. He gives a good balance to the Justice Society team. What do you think that he brought to this film in particular?

He is very much the quiet, brooding type. He talks very little, but when he talks it means something. A lot of the other characters are very expressive, and they vocalise their feelings. Hawkman just seems to be less like them. So I think that he brought a different dynamic to this ensemble piece. So when he speaks, people listen.

This film can stand on its own, as in you don't have to know too much about DC beforehand to get to the story. Would you agree with that? The fact that it could appeal to a wide audience, instead of being just restricted to die-hard DC fans?

Yeah, because to be honest with you, I don’t have a huge knowledge of DC or Marvel. I was able to just read the script and enjoy it for what it was. I could lose myself, and immerse myself in that world straight away. So I guess I’m a living example of that.

It’s a fun movie. At the end of the day, it’s just a really good time. There’s definitely some touching moments in there. If you’re looking to be entertained for two hours, then this is that movie for you.

Justice Society: World War II is available on digital from April 27th. You can read our interview with Matt Bomer, who plays The Flash, Stana Katic , who plays Wonder Woman, and Matt Mercer, who plays HourMan, here.

Ahead of the highly-anticipated release of Spiral: From the Book of ...

Ahead of the highly-anticipated release of Spiral: From the Book of ...