STARBURST catches up with GEORGE TAKEI, an actor whose portrayal of Sulu in STAR TREK made him a legend and whose humanity earned him iconic status…

STARBURST: There was a motto on Star Trek: live long and prosper; did you think that the show would go on as long as it has?

George Takei: Ah yes, the Vulcan greeting; live long means to go on and on and on. We are not going to live long. As you know, some of our colleagues have passed on, but they have contributed to the prosperity of Star Trek. And prosper; we have six spin-off series, we call them our children, and a seventh, Picard, starts this month, and we have the 14 feature films. That’s really a phenomenon; a TV series that was low-rated for three seasons has gone on and become this sensation of 14 major budget feature films, a wall of Star Trek books. We are also action figures. So we have lived long and prospered! I see no indication of us not continuing to do so. 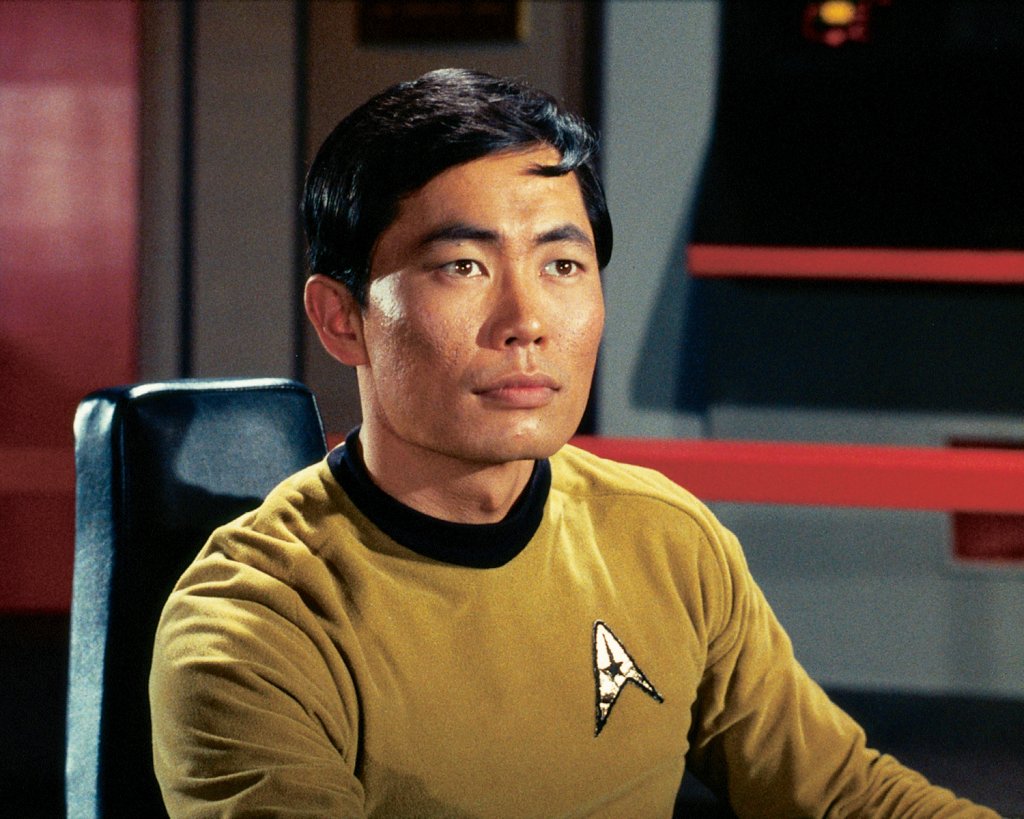 After The Original Series finished, the show returned in an animated form, and you were back in that - what was that like for you?

It was not as satisfying as the live-action, because then we were there on the set together, playing scenes with each other. With the animated version, when I arrived at the recording studio, Leonard might be leaving, and I would step into the booth and do just my lines. The scene might be with Leonard or with Nichelle, but it would only be me alone with my lines highlighted. Then when I’m finished and leaving, Jimmy Doohan would be coming in, so it was not a very fun way of working.

But overall there are nothing but good memories for you with Star Trek then?

I’m very proud of my association with it, there have been stressful moments, but they go with the uplifting ones. We used to shoot into the wee hours of the morning, but some of the wonderful scenes worked beautifully. And I have fond memories of the fun episodes like The Naked Time - that episode where I, at last, get unchained from that damn helm console, and I get to take my shirt off, grab my fencing foil and demonstrate my swashbuckling prowess.

Absolutely, whenever you search classic Star Trek, that iconic image always comes up.

You went on to the movies and then actually returned in Voyager as well. Would you have liked to do more as a captain in your own series?

You know that there was this movement that began after Star Trek VI: The Undiscovered Country by the fans for a new TV series called Starship Excelsior with the brand new captain of the Excelsior, Captain Sulu. The Star Trek fans don’t just sit back and absorb it as entertainment, they take the show that they see as a stimulus, as inspiration, and they act on it. And one of their actions was to try to get Captain Sulu a regular TV series. But the powers that be at Paramount are deaf, dumb, and blind. 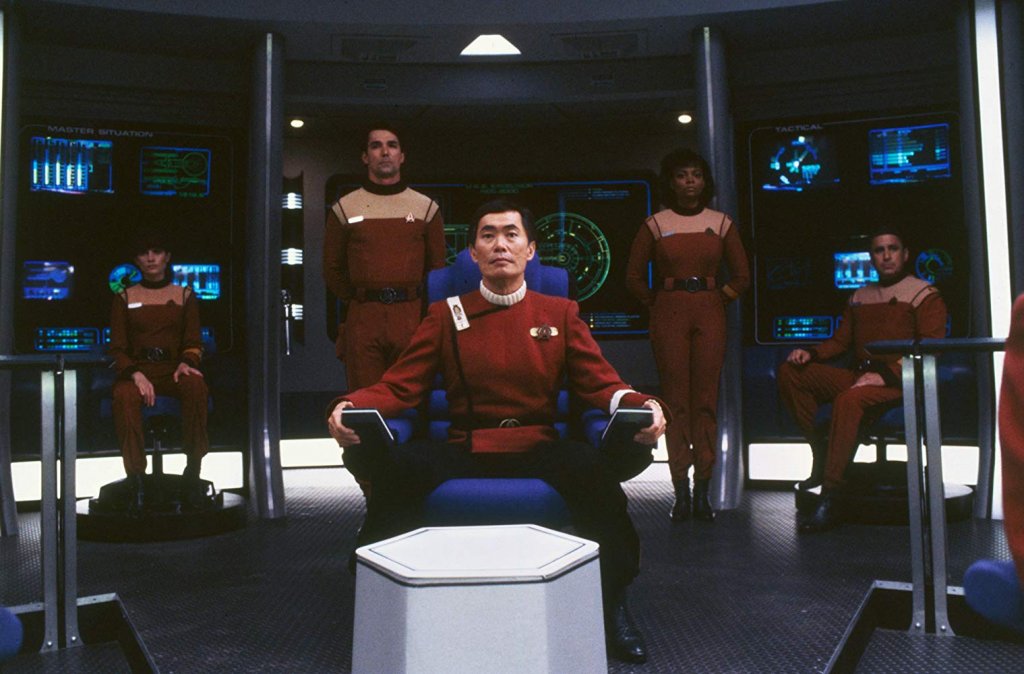 The readers of STARBURST were particularly taken with Star Trek VI - it’s a good thriller and it had a strong political message.

Exactly, yes. From the first scene when Praxis explodes, and the vibrations come through the galaxies and shake the Starship Excelsior - that explosion was inspired by what was happening in reality at Chernobyl. The explosion at Chernobyl signified the crumbling of the Soviet Union, and - onscreen - of the Klingon Empire. The David Warner character, the ambassador from the Klingon Empire, was essentially Gorbachev, coming to the west to build a rapprochement over the crumbling Soviet Union.

Yeah, it’s a very clever film, full of Shakespearean quotes and a lot of allegories. With politics, you’ve had a platform, and you’ve used it very wisely; you’ve done a lot for LGBT rights and you’ve spoken up for a lot of people that don’t have a voice or find it very difficult. You once joked about going after Devin Nunes’ seat in Congress, would that be something you’d ever really do?

Did you know the date that I posted that? April 1st. Some people didn’t get that, and they started signing cheques that we had to send back. That immediate reaction was so, so wonderful, though. 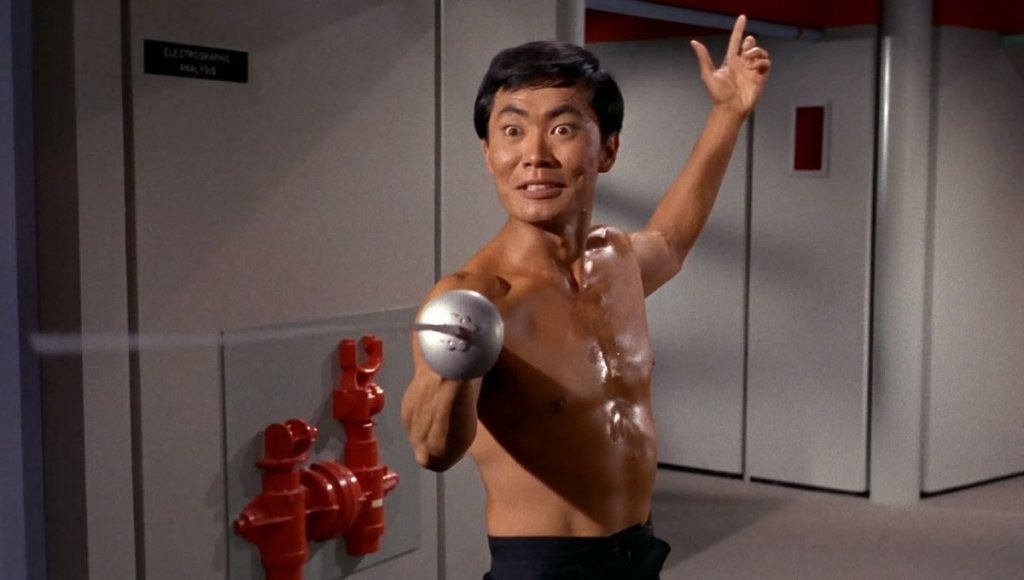 You’ve also very recently brought out a graphic novel, They Called Us Enemy, about your experience as a young Japanese American during World War II.

Yes, we were imprisoned by the United States government. I remember that morning. It was terrifying, I had just turned five years old; my parents got me up very early. They got me up, and they dressed us hurriedly. My brother and I were told to wait in the living room, and my father said they’d be doing some last-minute packing in the bedroom. And so we were just gazing out the front window, looking at the neighbourhood. Suddenly, we saw two soldiers marching up our driveway. They carried rifles with shiny bayonets. They stopped at the front porch, and they began pounding on the door; it was a terrifying sound that seemed to make the whole house tremble. My father came to answer the door, and literally at gunpoint, we were ordered out.

We were innocent Americans of Japanese ancestry. We had nothing to do with Pearl Harbour. My mother was born in Sacramento, California, my father in San Francisco. They met and married in Los Angeles, we were two generations of Americans. My grandparents were the immigrants, and they were innocent as well. And yet, we looked exactly like the people that we were at war with. We were at war with Germany and Italy also, but Italian Americans and German Americans looked like the rest of America. It was without question a racist act and a hysterical, irrational act. There was no charge, no trial. Due process, which is the central pillar of our justice system, simply disappeared. We were imprisoned in camps with barbed wire fences; I still remember that fence that combined us. High sentry towers with machine guns pointed us. When I made the night runs from our barrack to the latrine, searchlights followed me. That five-year-old me thought it was nice that they lit the way for me to pee. It’s the same experiences like that of my parents, but parallel, different stories. I wanted to tell that child’s story because I want to reach a youth readership: preteens, teens, young adults, but via the child’s account, I also led them into the larger story of the harrowing experience for my parents. But I wanted to reach young people via the comic strip format. When I was a teenager, I read comic books voraciously, and I remember retaining the information; you know at that age when you’re a teenager, you’re absorbing information through your pores. And I wanted to reach young people, while they’re still absorbing because they’re going to be the leaders of tomorrow. They’re going to be the movers and shakers of tomorrow. Some may run for public office, and I think it’s vitally important for them to know that history of the United States - a time when we reacted so irrationally, so hysterically, and in such a racist way, which is entirely contrary to what we stand for as Americans, and, if we have a populace that’s informed that way, we won’t let it occur again. 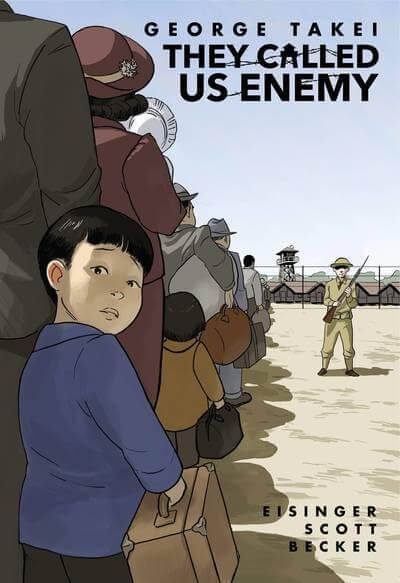 There are parallels to today…

Yes, but that is an even lower, grotesque aberration because we were always together with our parents, we were never separated. What they’re doing today is tearing away infants and putting them in filthy cages with human waste and overcrowding them, and to really underscore the evil, they’re randomly scattering them to the far reaches of the United States, far from the southern border. Also to make the situation worse, when the court orders the children be brought together with their parents, this administration is so incompetent that they can’t find the right child or the right parents to bring them together and those children’s lives have been permanently changed.

The novel is incredible, there are many things we didn’t realise about the time, and it tells the story so vividly. Although it’s distressing, it’s equally uplifting and the way that you introduce some of the childish wonders into it makes it more palatable. One thing that did come across was that your mother and father seemed incredible people. Do you feel that they live on in you, with their values?

My mother was a gutsy lady, and my father said ‘people just make mistakes’; it’s my responsibility to tell their story. That’s been my mission: to raise awareness because there are people today that I consider well-informed but when I tell them about my childhood imprisonment, they’re shocked. They’re aghast, they don’t know about it. We have a lot of glorious chapters in American history, but we don’t know about the instances where we failed our ideals. And I think we learn more from our failures than we do from the glorious chapters that we already know about. And that’s where I’m trying to fill the void, with this object lesson of the importance of people who cherish the ideals of our system to participating in a democracy.

We wish more people were as brave as you are.

Well, the Star Trek philosophy, infinite diversity in infinite combinations, I think is what we need to know more about and take into our bodies at a time like this. Our culture is universal. What happens here affects us in Southern California, what happens in China affects our economy, we live in a global society. And what we said on Star Trek was that the Enterprise was a metaphor for Starship Earth, and the strength of our starship is having the diversity of it all coming together and working in concert, as a team, and boldly going where no one has gone before.

THEY CALLED US ENEMY is available now and can be purchased HERE.

[This interview was originally published in issue 469, February 2020.] 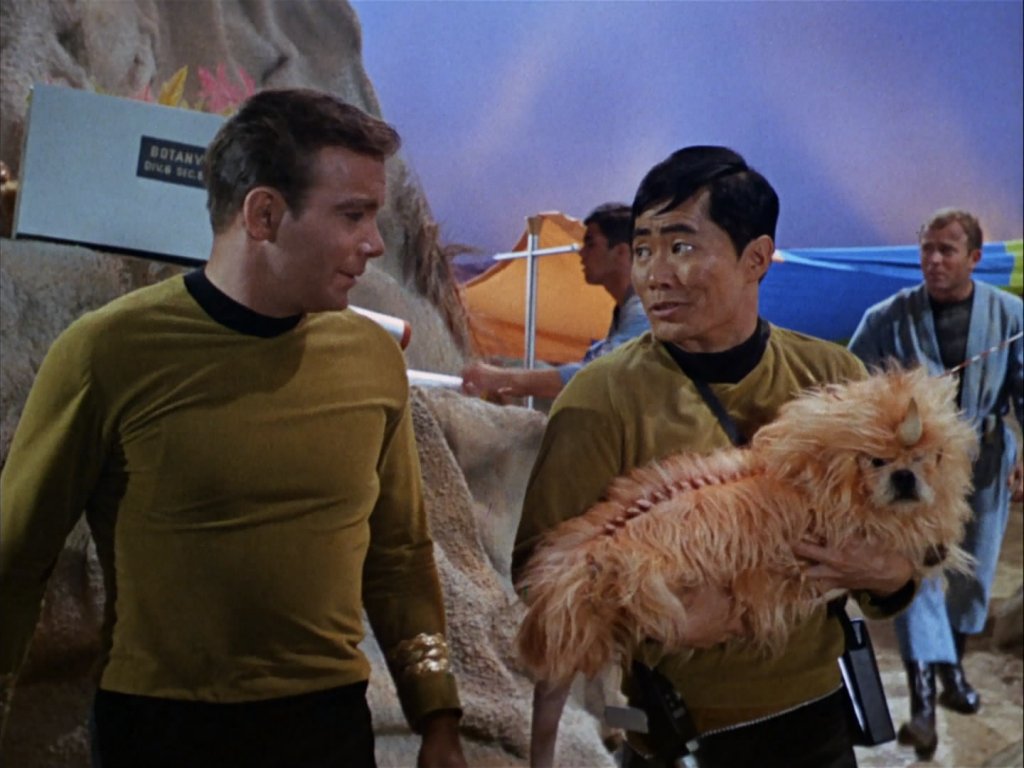