Writer/director NICOLAS PESCE follows up his extraordinary horror film debut THE EYES OF MY MOTHER with a second twisted tale in PIERCING. We probe the acclaimed filmmaker to find out what attracted him to the project, his stylistic influences, miniatures, and more …

STARBURST: For those who haven’t read Ryū Murakami’s novel on which the film is based, how would you best describe the central concept?

Nicolas Pesce: It’s mainly about a guy who’s a new father with a newborn and he’s feeling tempted to harm his child, so to quell those murderous instincts he plans to carry out what he thinks is the perfect murder of a prostitute. But when the young woman arrives at his door, she has much more nefarious intentions for him than he has anticipated. So you get a twisted cat and mouse game that is also a romantic comedy of sorts.

What was it about the source material that made you want to adapt it?

My first movie [The Eyes of My Mother] was a very specific type of film - it was black and white, subtitled, very bleak - and I was looking for something that would allow me to stay in my wheelhouse with dark subject matter but was also a bit playful and fun. I look at South Korean filmmakers like Bong Joon-Ho and Takashi Miike who have such a great sense of humour while also dealing with some pretty dark stuff and I love the playful quality they bring to it because you’re not sure if you’re meant to be laughing or not. So when I read Piercing I found all of those qualities in the novel and it definitely felt right up my alley. 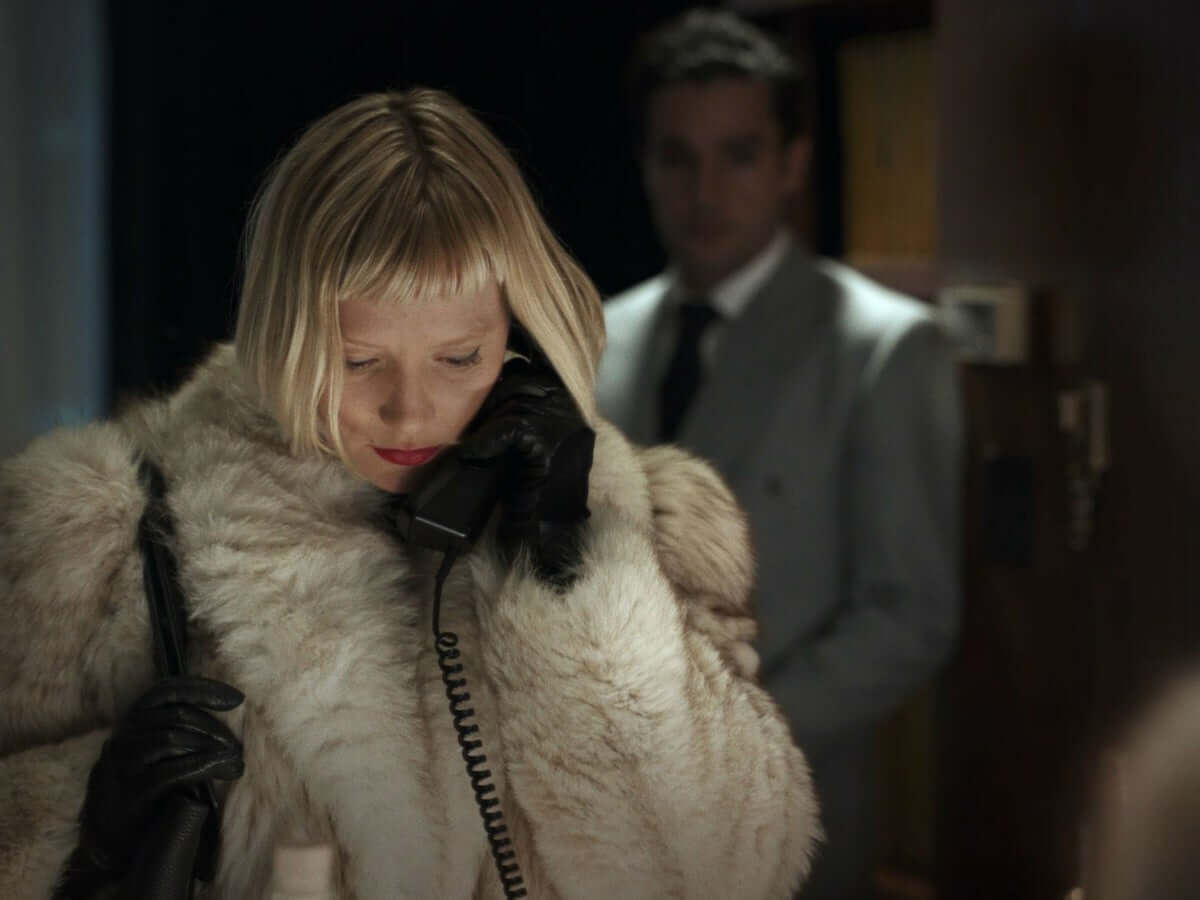 Had you read any of Murakami’s material before?

Yeah I have, I first discovered him through [Takashi] Miike when he adapted Audition, and when I read that book I absolutely fell in love with the way he writes. He definitely makes it easy to translate to film by writing in the present tense, just like a screenplay, which I’ve found with a lot of Japanese novels. A guy named Ralph McCarthy does the translations for Murakami, so I read Audition, In the Miso Soup, Almost Transparent Blue and loved every single one but when I came to Piercing it seemed that this one was more universal than his other stories which feel uniquely Japanese. Piercing is about two deeply damaged people who are trying to work out their psychological problems and happen to find each other and realise that they may be able to help each other sort their shit out however twisted and weird that process might be. It’s definitely a morality tale and we wanted to strip the movie of place and time because to me it was less about taking a Japanese story and setting it in America and more about telling the universal story of these two characters.

It’s safe to say you’ve expertly drawn a lot of inspiration from the likes of Lynch, Cronenberg and most prominently Dario Argento - the score in particular invoked emotions that I experienced in Suspiria. Was that stylist choice made when you were reading the source material and is that how you imagined it in your head?

As far as Lynch and Cronenberg go, those are two of my favourite filmmakers, they come with me on everything I do - manipulating mood in abstract ways is something I love to do. For Argento, one of the most interesting cross cultural things about the source material is the novel is very much Murakami as a Japanese author poking fun at the American psycho-sexual thriller of the ‘90s - especially when he calls out Basic Instinct - and not being a Japanese filmmaker I wanted to find my association, and I found that Murakami to Basic Instinct is what I am to Giallo movies. My point of reference were films such as The Bird with the Crystal Plumage, Tenebrae, and Deep Red, and it’s funny because Suspiria is the most popular of the genre but I think most others don’t look like that - they don’t have the colours that it does - but you get the great Goblin score. Giallo movies found a way to take fashion, architecture, decor design, fine art, furniture and make it not just an aesthetic choice, but made it a character itself that directly impacted the human characters. But also the style of music is definitely unique to that pocket of cinema. Sixty piece orchestras were unfortunately too expensive for us, so we went with something a little more Giallo inspired that added that extra level of detail.

We loved the choice to embrace a ‘70s aesthetic. On top of that, the fact that the buildings and outside world look like they’re in a graphic novel, it really captures the essence that this is an isolated incident and any one of those windows could be holding a dark secret like we see on screen. Was that also something you envisioned when reading Murakami’s work?

Totally, I think that one of the really interesting things about Tokyo is how densely packed it is, and one of the things that Murakami talks about a lot is how Japanese culture in public is superficial and refined and yet they have this very seedy underbelly of subcultures in there as well that isn't traditionally seen as Japanese - but really behind closed doors they could be doing weird sex shit. So for me, first of all we wanted the world to feel artificial and poke fun at the artificial world. I saw these photos by a photographer called Michael Wolfe who I believe is a Brit living in Hong Kong, he takes these photos of real high rise buildings that look fake. We were shooting the movie on stages in New York City and we were looking around for buildings to shoot that look like the photos, but it didn't feel right in New York. So we built a whole city out of miniatures - every time you see the buildings in the background of the outside world, each of them is only three feet tall. We had an amazing miniature artist named Laurie Nix who did everything, and what's funny is she does way more photorealistic stuff and we had to tell her to make it look more fake! Also the fact that you don’t see any other characters makes it feel more isolated too.

Christopher Abbott and Mia Wasikowska both give incredible performances, especially Christopher who captured the quintessential spirit of the likes of Norman Bates in parts. When adapting the screenplay, were those the two actors you had in mind from the start?

Christopher, yes, Mia, no. The role was always written for Chris - I’ve been friends with him for years - in real life he’s a pretty boy, but I wanted to give him a role that was more like Patrick Bateman. Also, he’s a very quiet person that can look like so much is going on in his head and that’s exactly what our main character needed to have. Very reserved but you see the gears spinning. For Mia, she was originally cast as the wife role but our actress who was playing Jackie suffered an injury shooting another project and because we were under a schedule I had to ask Mia to step in and she jumped at the opportunity because to be fair, the character in the book suited Mia a lot better. It was quite the massive jump between playing a completely different character and after shooting the film I now can’t see anyone else but Mia playing the role. What she did was tremendous and I was lucky to have her be a part of it.

At just 80 minutes the film is one of the shorter horrors thrillers on the market, but you certainly manage to make it always feel relentless in the unease and tension. How did you achieve that?

I have no attention span when I comes to watching movies - if it’s over two hours it’s tough to get me to see it. When I saw Denis Villeneuve’s Enemy and it was 82 minutes I was blown away! I also like withholding a lot, so when it’s 80 minutes long it’s easier to keep the film moving and make sure that people don’t get bored and also leave them with pieces to put together. There’s a lot of backstory in the novel that we show in very quick little bursts that don’t give you much insight in the case of the novel, but in the case of the movie, it really works!