Life in lockdown hasn’t just been a strange new present, it’s also shone fascinating perspectives on the past. Black Rainbow, from acclaimed British director and screenwriter Mike Hodges (Get Carter, The Terminal Man, Flash Gordon) was barely seen on original release in 1989 due to distribution problems, but has just had a timely return on Blu-ray. Rosanna Arquette stars as Martha Travis, a medium in a touring clairvoyant show run by her alcoholic pappy (Jason Robards). But what seems a typical con act cleaning up in the God-fearing American South takes an intriguing turn into the supernatural when Martha foretells the death of a local factory worker-turned-whistle-blower…

We caught up with Hodges, now 88 and living in the splendid isolation of Dorset, to uncover the secrets of Black Rainbow before delving further back into his famous career to find out just what makes the man who made Michael Caine drink from a tall glass go tick…

STARBURST: What was the inspiration for Black Rainbow?

Mike Hodges: The strands of it were numerous. I wrote it on spec, I wasn’t commissioned to write it and its odd that it was 30 years ago and it’s been rejuvenated in the middle of a pandemic. I really became conscious of how damaging globalisation had become to the environment and I wanted to find some way of making a film that would be a thriller but touch upon this subject which really concerned me. There was a medium called Doris Stokes who was operating in this country and I saw her on TV and suddenly thought ‘that’s really interesting’ and I could have story with a medium who could foretell the future by describing what she was seeing there…

Was the small-town US setting shaped by first-hand experience?

Whenever I’d previously been working in America in my earlier career, I was going around looking for locations and went to quite a lot of small towns where the local newspapers were quite often reporting on factory workers being beaten up or even murdered – they were usually foreman or union officials. Upon investigation it would turn out that they had been whistle-blowers on health and safety, so I built that in to the script. And then back in the ‘60s when I was on World in Action [Hodges cut his teeth as a documentary filmmaker on the flagship ITV series] I’d gone to Detroit to interview the Reuther brothers, Walter and Victor, who were the mainstays of the United Automobile Workers Association. Both of them had been assaulted when they were trying to set up the union by G-men employed by the manufacturers. They’d both been shot at through their windows. Victor lost and eye and Walter lost an arm. So quite of lot of these elements started percolating into my head. 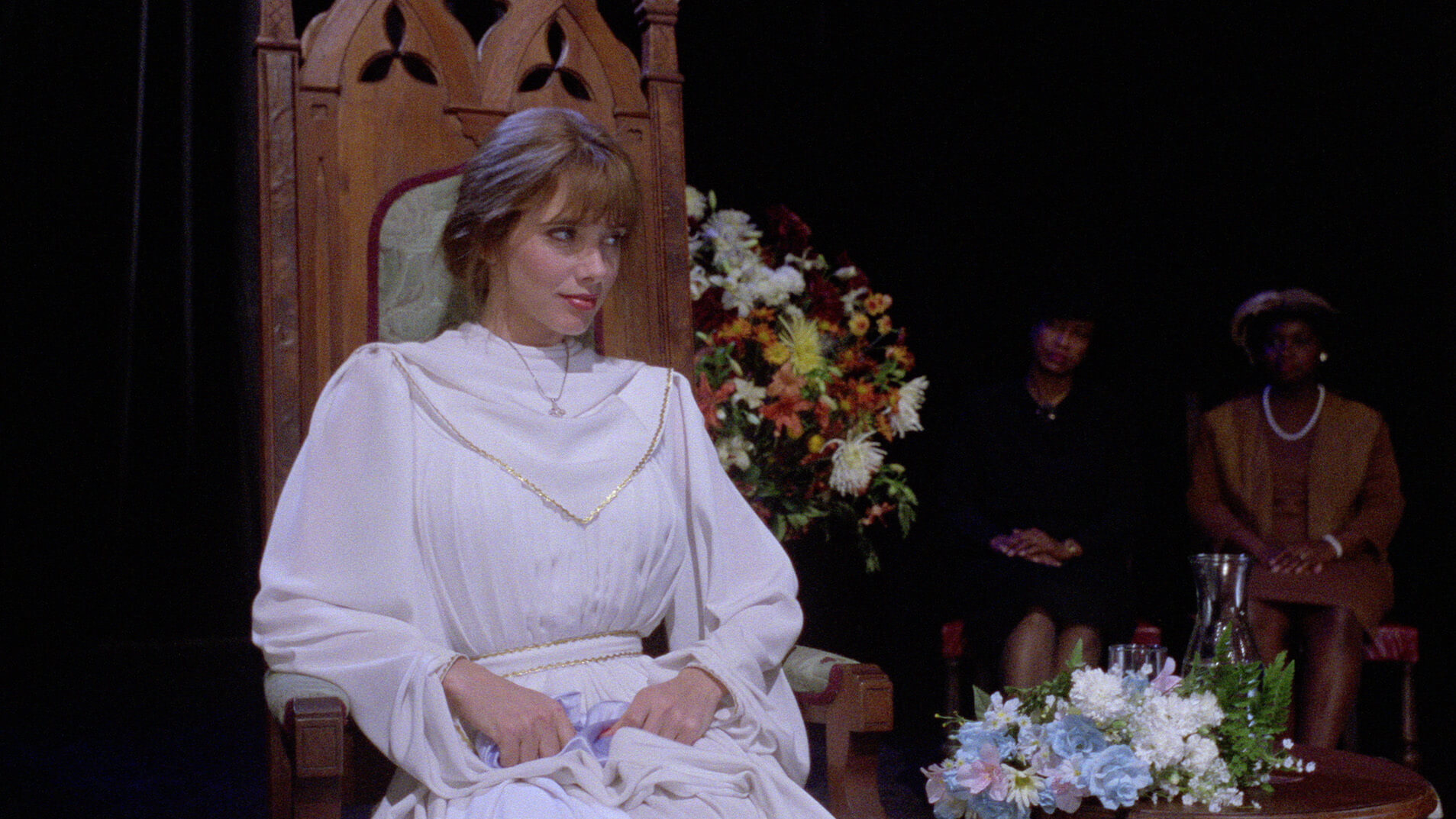 Do you believe in mediums or the paranormal?

I don’t really believe in mediums, frankly, but I watched Doris Stokes working the crowd and realised that she was gathering information to convince them that she was communicating with their loved ones. The one I’m dealing with in Black Rainbow, we never quite know if she’s for real or not but suddenly time is warped. In the beginning, you see her look at her watch and she’s a hour out. These are clumsy ways of saying that something is happening. I started playing around with time right the way through, actually, to the very end when the car is covered in this Kudzu weed, which is another thing I’d noticed when I was in the southern States, this weed climbing all over houses that had gone into decay like in Gone With the Wind. I used Kudzu as a kind of metaphor for nature fighting back because it will be there always, and long after we’re all gone and we finally self-destruct!

Black Rainbow is your least-known film. What happened to it back in 1989?

I’m grateful to Arrow for salvaging it because the film had just been totally lost. Whatever one thinks about the film, it should have been seen here. It was very successful in Europe and Japan, but here in the UK, because of distribution troubles with Palace Pictures and Miramax in America both being in financial trouble, they wanted to cash in as quickly as they could. Palace dumped it onto VHS within 4 or 5 weeks of it opening and Miramax stuck it on some obscure cable channel. By the time I got to look at it again, we were in this pandemic. Much of what the film is about is even more relevant because the pandemic has ripped the lid off society and opened a terrible can of worms, which was always there. It’s pretty grisly what we’re seeing in terms of the poverty and the deprivation people are going to have to suffer. It’s always the poor that get it.

You’ve previously described the engine that drives your work as “manipulation, exploitation and human gullibility”. Even for films as very different in tone as Get Carter and Flash Gordon, that’s the connecting thread…

I’m horrified by the things that we do to each other. It’s mind-boggling how cruel we can be to each other and I find that aspect of the human species very painful. I was brought up as a Catholic, but I soon abandoned it in my early teens. But who should teach at my school but William Golding, the novelist who wrote Lord of the Flies. So I was alerted at a very early age!

Get Carter was made in just six months, from the idea to the movie’s release. How did you pull it off?

I got Ted Lewis’ book [Jack’s Return Home, 1970] and the deal was done with me. Needless to say I only got £7,000 for writing and directing it plus residuals! Painful, but there you go, I was still grateful. I wrote the script, found the locations, cast the film, found the crew. We shot a scene in London in the flat at the beginning of the film and were filming on the train up to Newcastle. Six or seven weeks later, we’d finished shooting! It was made in such a white heat that you didn’t have time to stop to think about anything, frankly, and that does affect the experience of watching it. I thought it was going to be like that all the time but was I wrong! I did get to make another nine films but it took me 40 years… 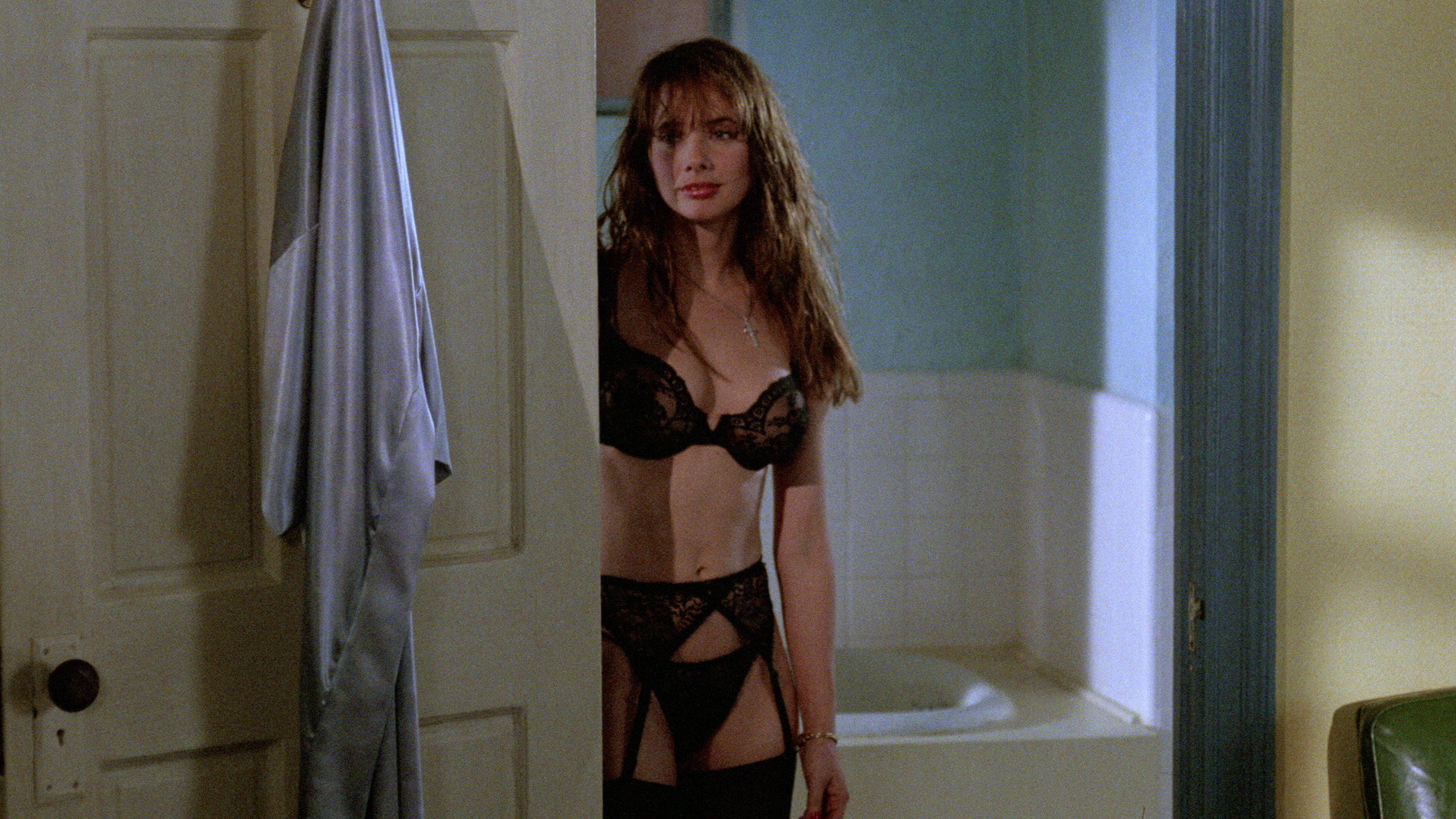 Why does Get Carter still resonate so strongly?

It’s a very intense film, it’s like a Jacobean Tragedy, really. Caine is amazing as the star; I had a terrible fight to get all the cast around him to be British actors who had not made films, apart from Ian Hendry [then in the throes of alcoholism but brilliant as Carter’s slimy associate Eric Paice]. It was MGM money and they wanted all sorts of ridiculous people like Telly Savalas and there was an actress from Peyton Place who they wanted too. I literally resigned every time they suggested someone - I said forget it, I’m not making this. So I eventually got my way; the card I played was to include Britt Ekland who only has a small role anyway and is very good in it. But I knew with Caine in the lead role I wouldn’t need any other stars, it rooted Jack Carter having all these unknown faces. I mean Richard Attenborough, not to be rude about him, but he used to fill his films with star names so you spend the whole bloody movie going “oh look there’s whatsisname and there’s old so-and-so - hello there!” I just wanted Jack Carter away from all that.

After Get Carter you made another movie with Michael Caine called Pulp, which was a very different kettle of fish…

Pulp was a totally different film but in fact is a scream against fascism. When I made it in 1972, I couldn’t believe that the Fascist Party was winning in local elections and doing very well. I just couldn’t get my head around the idea that, after the war, the fascists were still in existence after the horrors that had been revealed. It was a comedy that got darker and darker as it went on. Eventually you realise the main character [Caine as paperback hack Mickey King] is trapped, although he’s a crap writer, in one of his own awful books. I’m not sure if I ever got quite the balance in the film between the serious elements and the comedic, but there we go.

Flash Gordon, which is celebrating its 40th Anniversary this year, was also a bit of a scramble to get made, was it not?

With that film, I didn’t have any control at all, the opposite of Get Carter really. I just improvised because there was no other way I could get through the film. But the same affect, it’s like a souffle, Flash Gordon – had to throw all the right ingredients in and luckily it rose!

Flash Gordon was produced by the legendary Italian empresario Dino De Laurentiis How did you two get along?

The joy of working with both [Get Carter producer] Michael Klinger and Dino was the fact that they just gave you an answer when you wanted something. The film industry quickly developed into being run by committees and producers who weren’t strong in that way. The people are quite rare who make a decision there and then and that was a delight with Dino because it wasn’t always like that. In the mid-‘80s I had terrible times with weak producers.

In 1974 you made The Terminal Man, based on the novel by Michael Crichton. It starred George Segal as a scientist who has computer circuitry implanted in his brain to stop his blackouts. Looking at modern medical science, it’s another concept whose time seems to have come.

It has and I’m hoping Arrow can get their hands on it. When I finished the film Warner Bros said the audience didn’t feel there was anyone to like in it, which is fine, they wanted someone in it to like. So I gave them a new scene, a pre-title sequence using photographs and I took a scene from later on and added that before the titles. I’ve always regretted doing it because it didn’t make a scrap of difference. If you didn’t sympathise with the main character, then you’re not human as far as I’m concerned. Warners inherited Get Carter from MGM and just a year after I made it they did Hit Man [1972] which was a black version [also adapted from Ted Lewis’ 1970 novel, it starred Blaxploitation mainstays Bernie Casey and Pam Grier]. And then they allowed another remake with Sylvester Stallone [in 2000]. They had the rights to do it, so they didn’t consult me or talk to me, but they used the same title and that really made me angry because people really do sometimes think I’m responsible for that piece of shit.

What are you up to these days?

I’m writing a lot [Hodges is also a novelist], including three novellas that are out Amazon - Bait, Grist, and Security. Then I’ve written about six or seven short stories which I hope will get published. Needless to say the literary world is just as bizarre as the film world. I don’t quite fit in there either. They’re satires and I think they’re very funny. But then again, I’ve got this bleak sense of humour...

Black Rainbow is out now Blu-ray from Arrow Video.