Tasked with being bouncers of the legendary Iceberg Lounge, The Twins (MAX & CHARLIE CARVER) do their best to keep a ruthless Batman at bay throughout the latest movie iteration of this classic DC character. STARBURST catches up with the acting duo to reflect on their time being submerged within that gritty and scarily realistic Gotham lifestyle alongside director Matt Reeves and opposite Robert Pattinson himself, while also discussing how they approached playing The Twins...

STARBURST: So growing up, how much of a Batman fan were both of you, and did you have a particular favourite?

Charlie: I’d say we were big Batman fans. I remember having a compilation of one of the first anthologies, a giant printed book of Batman comics. My favourite Batman movie up until this one was Batman & Robin.

Max: You loved Poison Ivy! I’ve got to say, then as a teenager I remember watching Batman Begins, The Dark Knight, the Christopher Nolan trilogy. That to me was groundbreaking in its own way, where it just felt like the genre got completely elevated, all of a sudden there was so much depth and weight to these characters. Then to speak to The Batman himself [Robert Pattinson], I remember reading what I could of this script, and just going “Oh wow, this is groundbreaking, next-level” So to  get to be a part of this most recent one, I still can’t believe it. 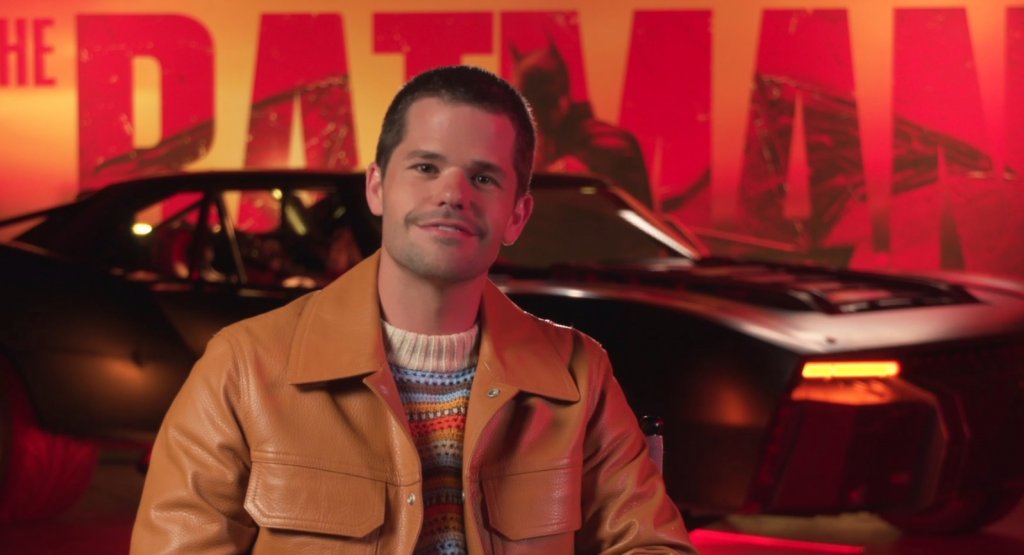 Leading on from that then, what do you guys remember the most about your first day on the set of The Batman?

Max: It was a trip, we get driven to set, at some oil refinery way east of London. Zoë Kravitz is there, Rob’s there, the whole crew’s there. Then all of a sudden this guy walks up and he’s got this limp, and he’s like “Hey, how are you? Good to see you!” and I was like “Who’s this guy, why is this guy on set, why are they letting him talk, we are all supposed to be quiet listening to Matt right now! Who’s this schmuck, walking around, just making all this noise?” and only after about five minutes did I realise “Oh, that’s Colin Farrell” I didn’t even recognise him in the flesh, I had no idea. I thought it was someone’s friend or agent, I had no clue what was going on.

Charlie: He loved it though, he was trolling all of us, and then he would just drop right into his Irish accent, that makeup was next-level. 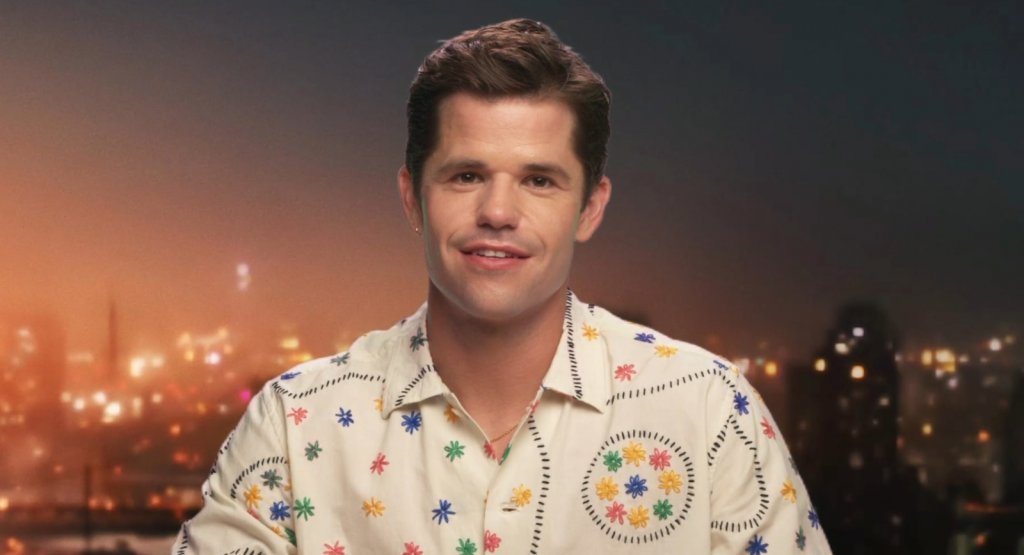 Can you elaborate on The Iceberg Lounge, what was it like to work within this huge, highly detailed set, and to just be so submerged in that Gotham lifestyle?

Charlie: So The Iceberg Lounge was like a compilation of a couple of different locations, there was this amazing gigantic set that they built on the Warner Bros. backlot at Leavesden, and then I think the interior was at this place called Printworks in London, which is used as a dance space. We got in there and you kind of marvel at the size of the thing, and then we found out that we would be learning how to jump off these three-story balconies, so it went from genuine excitement to excited fear.

Max: What I loved about this rendition of Gotham, was that it was so accessible. Like we were saying earlier, with Batman & Robin it was kind of these otherworldly places that we were going to. This was like “I can imagine walking into The Iceberg Lounge right now, seeing the Penguin there and thinking I probably shouldn’t look at him, and attract too much attention” it just felt real. Everything felt very grounded.

Perfect! So we must of course ask, what do you remember the most about working opposite Robert Pattinson, and what do you think that he brings to this legendary character?

Charlie: First of all Robert is just such a nice guy, what a great leader for the cast, and he is funny. It is interesting on set as you’re toggling between these really intense, dramatic action scenes, and then cut is called and Rob is just like warm, and lovely, and awesome. With his Bruce Wayne, it’s interesting, it’s this sort of flip where there’s this really wounded depth to Bruce, and Bruce is really only more himself when he is The Batman, and I think what’s so cool about this character’s journey through the movie is you see him realise that this persona of Bruce might come in useful in future films and stories. But I’ve never seen The Batman in so much pain, with the family story.

Max: It’s the first Batman where I felt like I could cry watching this person Bruce carry around this kind of wound, and for me, the romance between him and Catwoman had this special, almost childhood bond, which they shared throughout. There’s something really kind of wonderful, and childlike underneath this rainy Gotham that’s dark and “I am vengeance”, this incredible detective story. There was something that spoke to a real love underneath everything. And I think we see that at the end of the film, him discovering that. 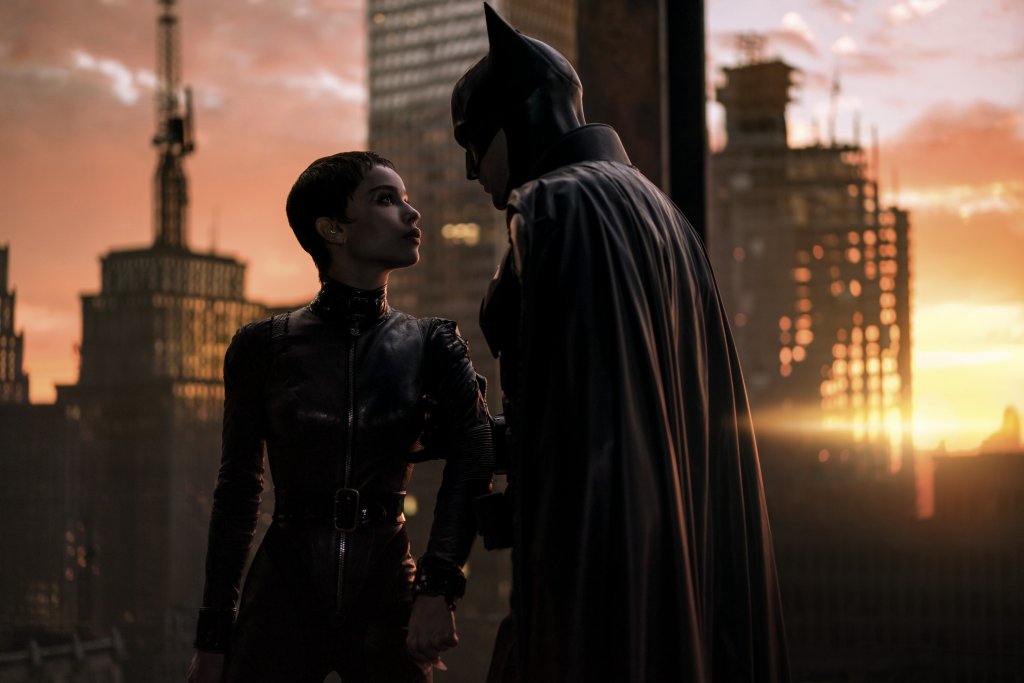 So how did you both approach playing The Twins, was there something that maybe either of you really wanted to bring to how the characters came across on screen?

Charlie: I think we were surprised and excited to get to do it. Matt just found something innately humorous about our dynamic, so we had to trust that that was there. Then the real fun was getting to build these characters with wardrobe and hair and makeup. Suddenly your eyebrows are getting shaved off; you’re getting a neck tattoo, and you’re like “I look tough!”

Max: Yeah, we don’t look that tough in real life! But there is something as well, I remember through the audition process, we had kind of read through these gritty 70s detective films like The French Connection, so you show up on set, and you meet the director, and you’re like “Hey Matt!” and he’s like “I’m so glad you guys are here” and we say, “What do you think?” and he’s like “You guys are just so funny” and you’re like “Wait, what?” So that’s where at a certain point you just trust the director, you do what you do best, you kind of immerse yourself in this world, like you said with The Iceberg Lounge, working for the Penguin, the Falcone Crime Family, etc. You have that behind you, and then you’ve got to trust the vision of the director, and fortunately, I think we got one of the best, maybe of all time. So, it wasn’t that hard.

Tough question time then, if It hasn’t already been covered, what was the most rewarding process when it came to being involved with The Batman, and why?

Max: I’ll say what’s rewarding is when you’re in the process of making a film, you might have twelve different set-ups for one scene, and you might have all these takes that you do, and you kind of imagine what the end result will be, but it’s put together long after you’ve been on set. So to actually see that first sequence of The Iceberg Lounge, where Batman punches, knocking us out, and then walking into The Iceberg Lounge on this one shot, with all of the fighting - to see it actually put together is so rewarding, because you just go “Wow, all this stuff we had to do, all these individual parts got seamlessly put together to create this incredible experience for the audience”, and at the end of the day, that’s what is most rewarding for me. 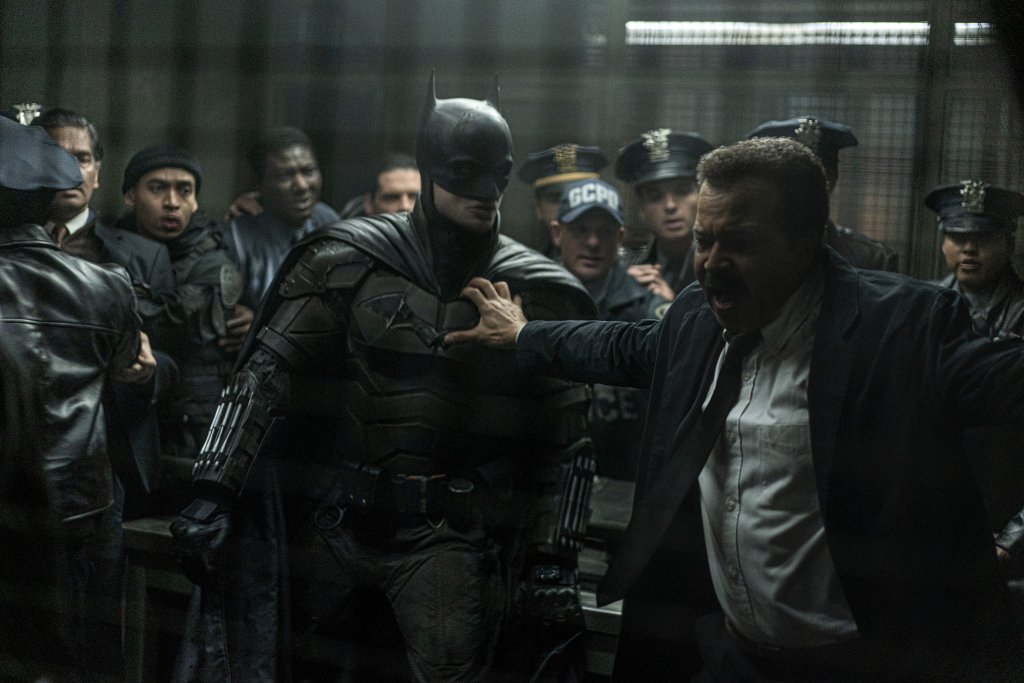 Obviously the sequel to The Batman has been announced, so if the Twins do return, what would you want to see from them?

Max: I think what was cool is that there are several scenes where we are rolling with the Penguin, we are driving to this drops deal, we were there, kind of always in the background, wherever the Penguin was we were like his shadows, and I loved working with Colin, so I would love to be more involved in that underworld element.

Charlie: Yeah it’ll be exciting to see how the Penguin evolves, and therefore, how everyone around him might evolve with him. So I don’t know if that means more status and power or a different look, but if the twins come back it could be fun to see what’s changed. 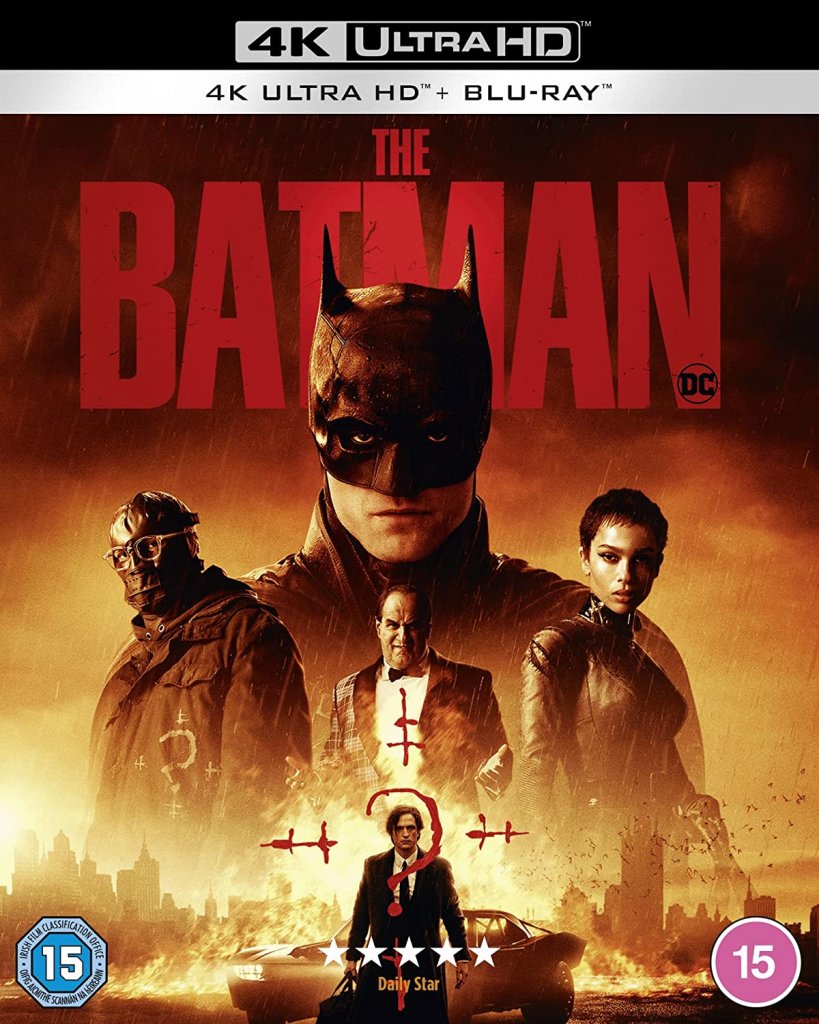 Final question. This Batman has gone down extremely well, so for you guys, why do you personally think that is?

Max: I feel like this Batman really honoured Batman’s origins as a detective. It was such a different take. And I think what was wonderful about it, was just how grounded it was, how accessible it was. There have been other iterations of Batman which I enjoyed, which were, like I said, otherworldly, and fantastical. This felt like I could walk right off the lot, into Los Angeles and just run into Bruce Wayne, I could run into the Riddler. I remember we were even shooting stuff while something political happened in the world, going “Wait we’ve just shot something that felt just like this, this is crazy, it’s very much here”.

Charlie: What’s special about it is, Matt had such a vision, and he was so steeped in the mythology, and I think maybe he and the movie acknowledged in a way how weird it is that this billionaire is dressing up as a Bat. So when you have that kind of awareness of the story, that this is what that person has chosen to do with their free time, and with their life, then everything kind of organises itself around that, and like Max was saying there’s a level of believability and humanism in it that I think sets this Batman apart. Plus there’s a reverence for great filmmaking.

THE BATMAN is available to own on Digital Download right now and 4K UHD, Blu-ray, and DVD from June 13th.