Matthew Modine is one of his generation’s most versatile and popular actors. Having worked with revered directors such as Christopher Nolan (The Dark Night Rises) and Oliver Stone (Any Given Sunday), he is recognisable to modern audiences as the manipulative Dr Brenner in Stranger Things. Yet despite a long and varied career, his most notable role will always be as Private Joker in Stanley Kubrick’s Full Metal Jacket.

Matthew recently took some time to talk to STARBURST about the new horror film Wrong Turn, that career and, of course, that film.

STARBURST: Are you a horror fan?

Matthew Modine: Yes and no. I got very damaged at an early age. My father was a drive-in theatre manager and I saw, from the projection booth as I wasn’t allowed out into the theatre, Night of the Living Dead. In a way, seeing the movie without sound, with just the noise of the projector running next to me, it was more terrifying. And the blood in black and white. It becomes more magnified in a way. And just as I was getting over that movie, I saw The Exorcist, which damaged me all through high school. It’s funny how they hang on or linger in the back of your mind, when you go down into a basement or something, they rush back into you.

Which leads into Wrong Turn. Perhaps we don’t understand it fully over here because of the difference in size between the UK and America, but the idea that there could be people living out in the vast woods of West Virginia, that fear being modern and relevant.

Not only is it possible, but I think there are people living in the backwoods of the some of the Appalachian states that have no contact at all outside the world in which they live. We filmed the movie in Ohio, and it’s incredibly rural. I made two movies there over the last couple of years, and I went into a small town, and people were waving the Southern Cross flag, which is pre-Civil War. There are some really backward people in the United States, so in my mind there’s no question this film could be real.

When reading about you two things comes up: firstly, Full Metal Jacket and we’ll come back to that, but also the roles you’ve turned down. Not to linger on those specifically, how do you choose your roles? Is there a process?

It’s changed over the years. I studied with a lady called Stella Adler at the Stella Adler Studio of Acting in New York City and she had come from a generation of political theatre, Chekhov and Arthur Miller, and the plays they wrote often had great political content. Doing the right thing and being a moral person. She infused within me the notion that when you are projected upon the big screen or come into people’s homes on the television, the things that you do and the things that you say will have an impact on those people’s lives. You can influence people like Fox News does in America. It’s a very detrimental news source because it’s filled with untruth and propaganda. It was like I didn’t learn anything until I left school. I was invited to go to the Berlin Film Festival and while I was there, I was invited to go to East Berlin. Americans aren’t really taught about the Second World War. We know the British were our Allies but if you study American history of the war you discover that the Brits and the Americans were responsible for winning the war. The French and the Italians had nothing to do with it. And the Russians had zero to do with the war. So, when I went to East Berlin and I went to a monument to the millions of Russians who died fighting the Nazis that was eye-opening because I’d never been taught that. I was 21 years old and I never knew that. Then I met these Russian soldiers who spoke English, and we swapped cigarettes and pins, and I realised these kids were no different than my brother Mark who had participated in the Vietnam War. I was taught that Russians were evil and wanted to destroy the world. The whole thing changed me. So, when I came back and the script that was waiting for me was Top Gun, I read it and thought it was a propaganda piece. That it was perpetuating this myth that the Russians were an evil empire who wanted to destroy the Earth.

With Wrong Turn, you have The Foundation separating themselves off from society, predicting the downfall of America, which is strangely topical. The killing and the torturing aside, would you say then this is a view shared by a lot of Americans right now, to distance themselves from the marketed truth?

Yeah. The interesting thing that America is asking itself now, if we compare the attacks of 9/11, is Donald Trump like Osama bin Laden? He led this insurrection, he inspired people to attack the United States Capitol. How is one act of foreign terrorism different to domestic terrorism? 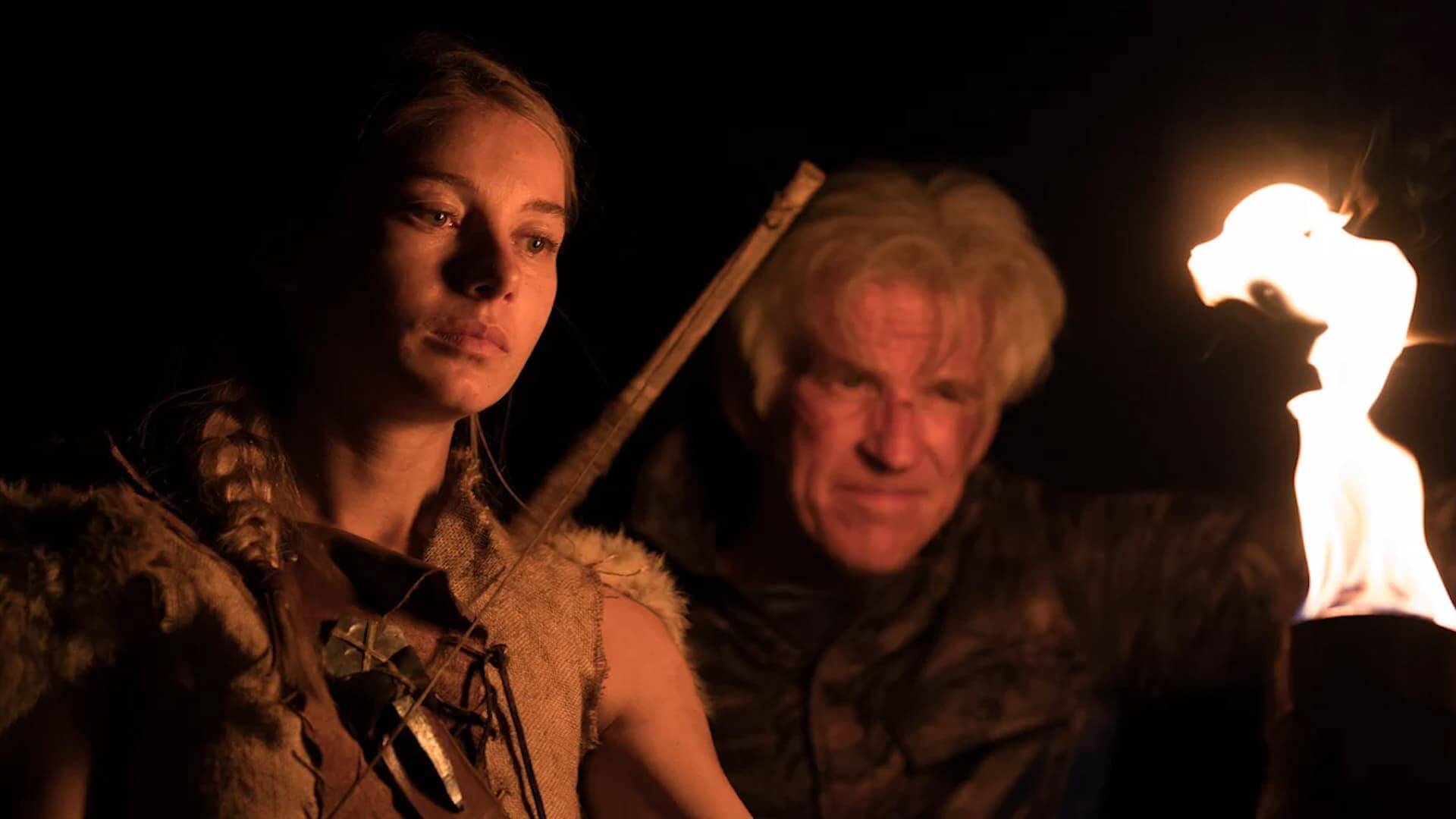 That’s interesting because your character in the film is an everyman, fighting against this powerful sect to protect his family. Did that then seem relevant to you right now?

[Laughs] You choose films for different reasons at different times. I’m a father with a daughter of similar age to Charlotte Vega, who plays my daughter in the film. I certainly understood it. More importantly, Liam Neeson is possibly my best actor friend and the one thing I don’t have in the movie is a great line like him. ‘I will find you…I will kill you…’ [Laughs]

Did you campaign for one?

I wanted one! The one thing I did get to do, without spoiling the movie, is to dispatch one of the baddies. In the script, it was my daughter saving my life. I said to the director you got to give it to the dad. All these dad’s that are watching the movie, feeling emasculated by these horrible people, you got to give them a moment where they defended their honour.

You’d earned the right by that point.

Absolutely. I’d done a movie with John Schlesinger, with Michael Keaton and Melanie Griffith called Pacific Heights. I think the movie would have made a load more money if at the end when Michael Keaton fell on the spikes, if he’d started to pull himself off, and I’d reached up from where I was below him and pulled him back down on to them. Because he’s shot me, he’s beaten me with a golf club, he’s ruined my life, he’s destroyed my apartment. The audience really wanted my character Drake Goodman to get one back at him. 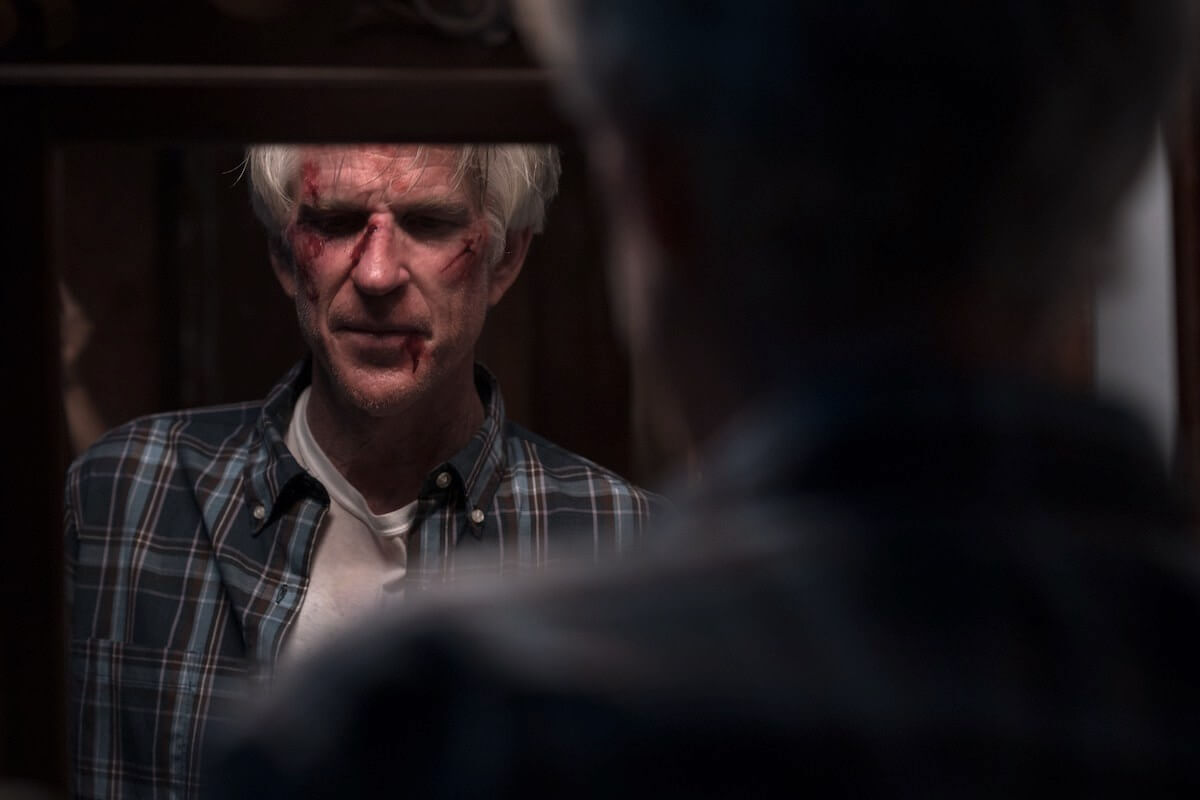 It sounds like you need some more action in your films.

[Laughs] As I told you, my dad was a drive-in theatre manager and we loved those type of films. I can practically quote all of Clint Eastwood’s films. They’re fun, fantasy movies and every actor would probably be lying if they said they wouldn’t like an Eastwood role, or to get a line like Arnie.

We have to mention Full Metal Jacket, and I’m sure you’ve been asked pretty much every question there is. What do you think of the film now compared to when you made it, given everything you said and how life changes?

It’s extraordinary to be a part of a project that is as relevant today as it was when it came out. There’s no expiration date on Full Metal Jacket. So many things are ‘80s movies, or ‘90s movies. Full Metal Jacket’s not like that. Kubrick and I had that conversation while making the movie. Films should be like great pieces of music. I could put on a Beatles song from ‘62 or ‘68 and they’re just good songs. I’ve done about 90 movies now and everyone has the same equipment, cameras and so on. Some film directors are able to take that equipment and create something multi-dimensional; which is interesting and compelling, and some people take it and make one-dimensional, boring crap. I haven’t figured out why sometimes it works. Why did Stranger Things become the global phenomena it is? Who knows?

As a moral person then, and given what you’ve talked about, how do you feel about the future of filmmaking and generally in these unprecedented times? And emerging from the Trump Era?

You have to remain optimistic and hopeful. I just drove across America because the airports are a disaster right now. It’s fascinating because there are so many different Americas. If you live in California or New York you have a certain perspective of what America is, but when you get outside into Pennsylvania or Georgia or Virginia or Texas, they’re very different with different values. What’s important in California and New York such as environmentalism and improving the world, outside of those states people don’t care. They’re just trying to make ends meet and get by. They often call them the flyover states. It’s important to remember we share this world with people who have different wants and desires and ambitions. But the most important thing, and going back to the start of our conversation, is getting outside the United States and realising the Russians are not bad people. As soon as we can give people education and help them understand that we all share similar desires the better we’ll be and the more we’ll understand the world.

A perfect place to finish. Finally, congratulations on the film.

Thank you. It’s got some good scares!

Signature Entertainment releases Wrong Turn on digital platforms to rent from February 26th and DVD/Blu-ray on May 3rd. You can read our review here.