Matthew Mercer is one of the most famous Dungeon Masters in the world today. His online show, Critical Role has inspired thousands of people to get into Dungeons and Dragons and has its own cult following. He recently collaborated with Wizards of The Coast to produce a new book for D&D called The Explorer’s Guide to Wildemount, which puts Mercer’s unique world of Exandria into the hands of gamers everywhere. We caught up with Matthew and asked him some questions…

STARBURST: How would you explain Critical Role to the Queen of England?

Matthew Mercer: Oh man... [laughs]. I would say something along the lines of "It's a group of close friends who are performers, gathering to improvise and create a thrilling story of heroism and humanity together using dice rolls to determine outcomes. Then, we put it on the Internet for others to hopefully enjoy!"

How would the teenage version of yourself react to discovering what you do for a living these days? How would you explain it to him?

He would... not believe me. It wouldn't make sense in that era (I mean, it barely makes sense now)! I would try to explain it as "You know those incredible moments in a TTRPG where emotional highs and lows emerge from the ether spontaneously, as gripping, visceral, and cathartic as any other visual media can accomplish? Now, it appears that much of that experience does translate to an audience if the players are genuine and invested!"

You run a 4-hour game for 6 players every week. How do you fight off getting burnt out?

It's an ever-present fear that looms on the horizon, believe you me! I feel I manage to avoid it by ensuring I take breaks in a day when needed to change scenery, and ensuring that I don't commit too much that I'm not genuinely, personally invested in. Honestly, I know I owe a lot to my players and cohorts in this unexpected business venture. They are my family, and our shared love of what we do is sustenance enough when I feel the well sometimes getting dry.

Which is your favourite NPC to be, and why? What makes an NPC fun for you?

Oh now... that's an unfair question! I can't pick among my children like that! I will say that I very enjoy stepping into Sean Gilmore's glorious self, and have recently been really relishing the chaos of the Traveller. 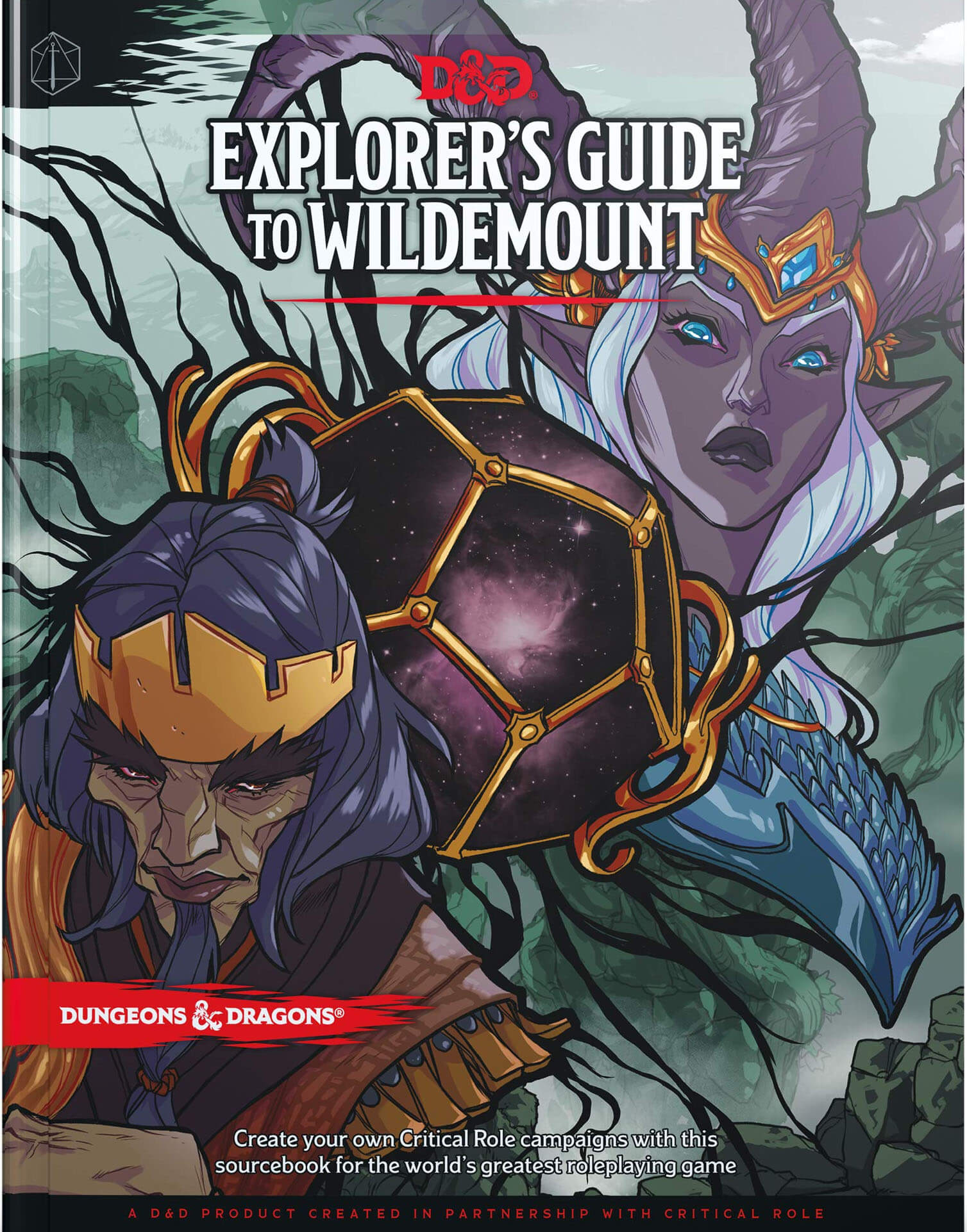 Why is The Explorer’s Guide to Wildemount essential for all brave adventurers?

I wouldn't say it's essential for all adventurers, but I would say it is a great boon to those wanting to either live a life well-worn into the world of Wildemount, or a similar place. It's a wonderful resource for inspiration for players and Dungeon Masters alike!

How did Explorer’s Guide to Wildemount come about?

It was largely Wizards of the Coast reaching out to me to inquire about my interest in collaborating on such a book! Given the opportunity to work with a company who really helped forge who I am today, I couldn't say no.

What was the toughest part about making Exandria an ‘official’ D&D setting?

Hmmm... definitely wanting to live up to the expectations of such an endeavour. Not only to make something that feels like it can sit alongside all the other amazing D&D books and hold its own, but also a book that could be an enjoyable resource for people who aren't necessarily into Critical Role or know anything about the world in advance.

D&D has many, many lovely settings; which one would you not run and why?

That's such a tough question! I love so many, and would run any of them... but if I had to put one lowest on my priority list, I'd probably say Dragonlance, if only because it leans the closest to classic, OG fantasy where my usual campaign resides, when I'd want to run something strange and offbeat, like Planescape or Dark Sun.

If you could voice any D&D hero from the many D&D books and novels in an animated adaptation, who would it be?

[Laughs] Oh that one's easy: either Raistlin or Jarlaxle.

Speaking of animated cartoons, what can we expect from The Legend of Vox Machina?

Expect something reeeeeally special! With so much faith put in us by the community to make this the best we possibly can, we've been putting everything we have into elevating it into something really amazing. From the design aspects, animation, and mood, to the writing, cast, and overall presentation... I think folks will be really pleased. It's gonna be epic, it's gonna be bloody, it's gonna be crass, it's gonna be unadulterated Vox Machina!

You’re best known for D&D but would you do another popular genre RPG?

I would, and look forward to doing more as time goes on! Critical Role's main campaign (and ancillary content) does take up a lot of my brain space, but when pockets of inspiration find me, I'd love to explore more Horror genre elements, or odd modern-adjacent games and settings.

You’ve inspired so many people to pick up D&D as a hobby and Critical Role has spawned many Actual Play podcasts and the like. Do you listen to other shows, and if so, which ones are you enjoying at the moment?

I listen in bursts, usually an episode here or there, jumping around. My lack of free time leaves me unable to follow anything religiously, but I enjoy checking in occasionally with the Adventure Zone, Rivals of Waterdeep, and High Rollers, to name a few.

What are you reading at the moment and which books would you recommend to experienced fantasy fans?

Right now? Nothing directly fantasy related, but I just finished a re-read of Scott McCloud's The Sculptor, an incredible graphic novel that I had the pleasure of helping model for years back. It's really a beautiful story. As for recommendations for fantasy fans, I'm a little out of the loop of modern fantasy publications! I'm more inspired reading non-fiction about ancient mythology and culture, as well as occult history. I find those types of tomes really help inspire me in my storytelling.

The Explorer’s Guide to Wildemount is out now and can be found at all good games stores. A preview is available on D&D Beyond and Roll20.net.