With both Iron Fist and Luke Cage being cancelled in a double-whammy this month, there’s a big hole in the Marvel Netflix Universe. Obviously, Daredevil, Punisher, and Jessica Jones will continue, but what heroes could join them in the gritty corner of the Marvel Cinematic Universe that Netflix has carved out? STARBURST takes a look at some of the contenders… 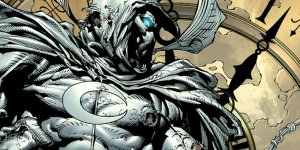 There’s been talk of a Moon Knight TV series for a while, but nothing ever comes of it. James Gunn tweeted in 2016 that he’d pitched a Moon Knight movie to Marvel but we all know how things have turned out for him lately. Moon Knight is Marc Spector, a former mercenary left to die and saved by the Egyptian god of the moon, Khonshu. He becomes an avenging angel, a creature of the night, using the billions he’s accumulated to fight crime. As well as Spector, he poses as wealthy philanthropist Steven Grant and streetwise cabbie Jake Lockley. He’s Batman, basically, only more openly psychologically damaged. Perfect Netflix fodder, especially the Warren Ellis version of the character from the 2014 reboot. 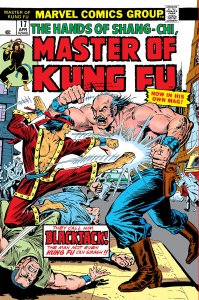 The son of legendary Chinese superbad Fu Manchu (although the Sax Rohmer estate would say otherwise), Shang Chi was trained to be an assassin but rejected his father’s evil ways and became an agent of MI6. A master of his own chi – or life energy – Shang Chi has used his considerable martial arts skills to fight numerous superpowered threats, always thwarting his father’s master plans. A Shang Chi movie was one of the proposed features that was part of the deal between Marvel and Paramount in 2006, but that deal ended in 2012 as Marvel took control of their own cinematic destiny. Like Iron Fist but, you know, actually Chinese, Shang Chi could scratch that Marvel Netflix kung-fu itch. 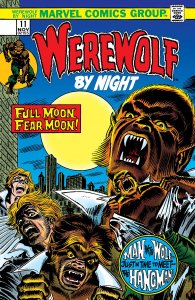 Jack Russell (quiet at the back!) is struck by his family curse to become a werewolf on the three nights of the full moon, and travels the US in search of the mystical Darkhold, a book of chaos magic (as seen in the Agents of SHIELD TV show) linked to his Transylvanian ancestors. Although Jack can transform into a werewolf at will – with full control of his actions – the full moon transformations cause him to lose his human intellect, with rampaging repercussions. With a comic book history tied up with Moon Knight, Dracula, and the Jessica Drew Spiderwoman, there’s plenty of scope for an action-packed series full of superheroics and horror. 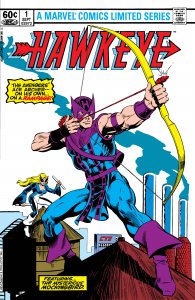 But Hawkeye’s one of The Avengers and there’s no way Jeremy Renner would do a TV show, right? Well, yes, but Renner’s Clint Barton isn’t the only Hawkeye in town these days, with Kate Bishop – a disenfranchised heiress – also running around shooting arrows in a purple costume. Barely out of her teens, Bishop is not quite the archer that Barton is, but also has martial arts and other weapons skills to make up for it. Her most recent comics run saw her setting up as a private eye in Los Angeles, with an intriguing subplot featuring Madame Masque, the head of the Maggia, Marvel’s thinly-veiled version of the Mafia. Think Jessica Jones but more glamorous, less gritty, and maybe with some smiling. 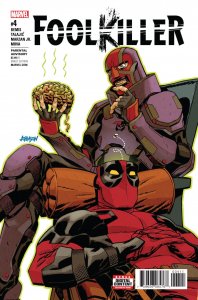 The success of The Punisher proves that there’s an audience thirsty for an anti-hero. They don’t come more anti of a hero than Foolkiller, whose mission is – simply – to kill fools. The original incarnation of the character would leave his targets a message, reading “"You have 24 hours to live. Use them to repent or be forever damned to the pits of hell where goeth all fools. Today is the last day of the rest of your life. Use it wisely or die a fool." He was killed by Man Thing but since when did that stop a decent character? Being a Steve Gerber creation, the next Foolkiller targeted people without a poetic nature, but the most recent man to wear the costume is an extreme Punisher, taking down not only violent criminals but also those guilty of neglect, such a drug-addicted mothers and slumlords. Walking that fine line between insanity and righteousness, it’s perfect recommended for mature audiences material. 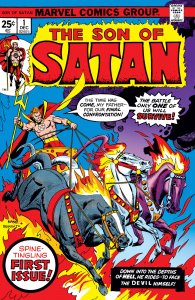 The offspring of a mortal woman and, well, Satan, Daimon Hellstrom was trained by his (undercover!) father in the dark mystic arts, alongside his sister Satana. When his mother discovered who her husband really was (honestly, their daughter’s name should have been a huge clue), she was driven mad and Satan was banished back to Hell. Satana became her father’s daughter but Daimon took the side of good, becoming an occult investigator and defending humanity against devilish threats. He later joined the original Defenders and married Hellcat (aka Pasty “Trish” Walker, from Jessica Jones), and his recent history has been one of subtle greys rather than the black and white of good and evil. Providing an overtly mystic twist to the street-level Marvel Netflix Universe would go further than Iron Fist and Defenders did, but not so far as to not be recognisably in the same world. And he has a sweet inverted pentagram branded into his chest! 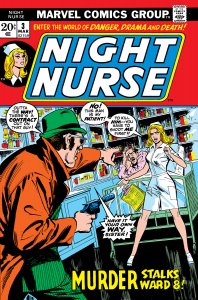 Yeah, you’ve got that Gregory Isaacs song in your head now, haven’t you? For that I’m sorry, but Night Nurse occupies an intriguing little corner of Marvel’s New York that – when you think about it – is actually really very important. The Night Nurse is where you go when you’re a costumed vigilante and you get hurt. You can’t go to a hospital, because paperwork, so you go to the Night Nurse. In the comics, her role is taken by Linda Carter (no, not that one), whose history is entwined with Daredevil and Doctor Strange, but we’ve already seen a perfect candidate in the Marvel Netflix Universe in Claire Temple, the thread that tied the first half dozen Marvel Netflix series together. Just imagine ER but with superheroes and less helicopter crashes… 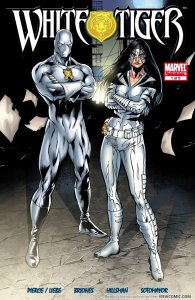 There have been two White Tigers, and the current occupant of the costume – and owner of the Jade Tiger amulet which grants enhanced strength, agility, reactions, and stamina to its wearer – is Angela Del Toro, an FBI agent who inherited the totem from her murdered uncle, Hector Ayala, the first White Tiger. In her short comic book history, Del Toro took up as a costumed vigilante, teamed with Daredevil, fought the Yakuza, was killed and resurrected by The Hand, and then was freed from their control by Hector’s daughter. It’s a story that neatly fills a Netflix arc, and brings in the considerable Latin American flavour of the New York setting of these shows. Plus you could also feature the Sons of the Tiger, the original owners of the Jade Tiger, who rather coincidentally resembled Bruce Lee, John Saxon, and Jim Kelly from Enter the Dragon, and thus were COOL. 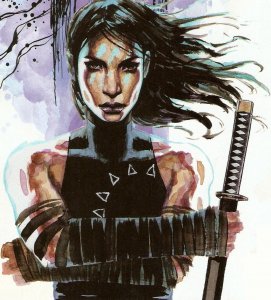 John Krasinski’s A Quiet Place not only made silence suspenseful, it also made it marketable. Echo is a woman who lives in silence, profoundly deaf since birth. Echo has ‘photographic reflexes’, and is able to copy any action she observes, making her the equal of anyone whose fights she’s been able to study. She was also raised by Wilson Fisk after the death of her gangster father, and sent away to a school for gifted prodigies. Sent to spy on Daredevil by The Kingpin, Echo fell in love with Matt Murdoch, and turned against Fisk, blinding him in an ironic twist. With a half-Japanese, half-Native American background, Echo is ripe for cultural exploration, and a deaf protagonist would be a novel, but welcome addition to the Marvel Netflix Universe. 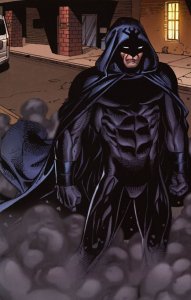 The Shroud (and the Night Shift)

After witnessing his parents being killed as a child, The Shroud decided to dedicate his life to fighting crime. So far, so Batman. But the man who would become The Shroud took a different path to crimefighting, joining the Cult of Kali (the Hindu goddess of destruction), spending seven years studying various styles of martial arts. Upon graduating from the temple, he was branded with the Kiss of Kali, an imprint of the goddess on his face, which also blinded him. However, he discovered that his sight had been replaced by a mystical extrasensory perception and he had been granted access to the darkforce dimension. Fighting organised crime in Los Angeles, The Shroud often posed as a villain, and recruited a team of misfits into doing good under the auspices of committing crimes. These included the telekinetic Gypsy Moth, 60-second precog Tick Tock, twin conjurors the Brothers Grimm, hypnotic exotic dancer Dansen Macabre, and the money-dissolving Tatterdemalion. Less Defenders, more offenders, but with an offbeat flavour that appeals to a Netflix subscriber base thrilled by Stranger Things and Breaking Bad.