It’s been sixteen years since LOST first premiered, and over ten years since the show left our screens. One of the most influential, iconic television shows of all time, LOST has been often imitated, but never beaten. What better time to return to the island than now? Join us as we take a look at some of the show’s greatest hits, season-by-season. As a great man once said, we have to go back… 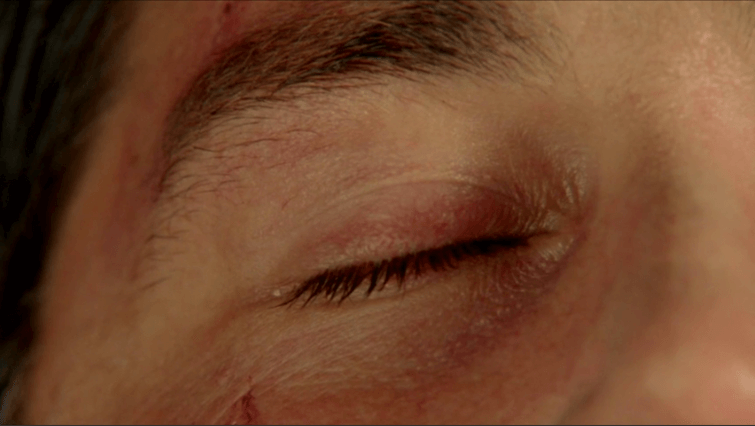 So they were dead all along, right? Well, yes and no, but mostly no. Whatever happened, happened. Except for Season 6’s flash-sideways; revealed to be a purgatory party in which our castaways come together for one last time to mingle and say goodbye. The action on the island works too (how apt for Lost, that its big action set-piece is a fistfight in the rain). And we can’t think of a better guy to leave in charge than Hurley, the show’s heart and soul. Controversial and often misunderstood, there’s no denying that The End is flawed, but it’s an emotionally satisfying ending, and one which is entirely appropriate for the show’s themes and symbology. It may not be the ending some fans had hoped for, but it’s the one its characters deserved. 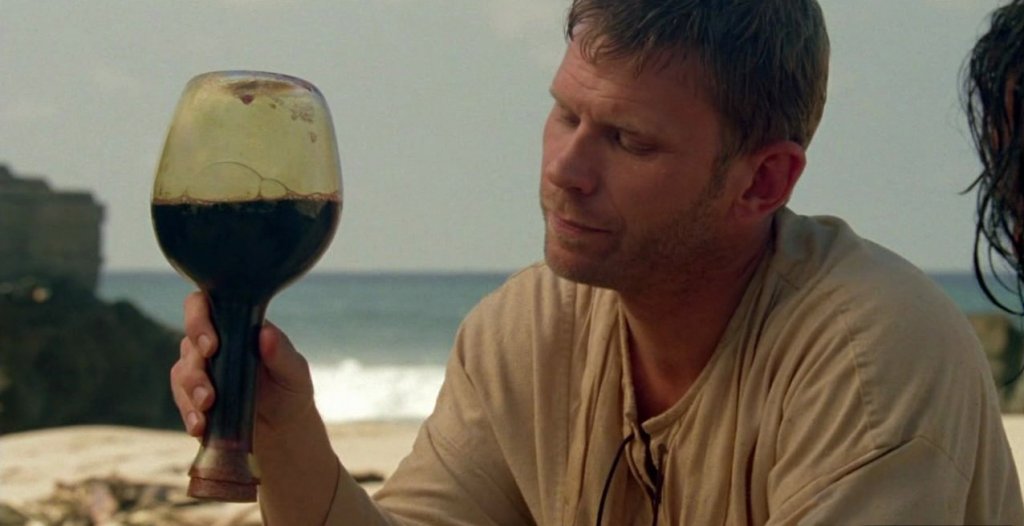 While Lost wasted a lot of time on its mythology surrounding Jacob and the Smoke Monster, the one standalone episode which did stand out was the centuries-spanning Ab Aeterno. Devoted to charismatic leader of the Others Richard Alpert, it explores how Richard came by his place on the island. We also find out the origin of the Black Rock and the root of Richard’s immortality. Time well spent with one of the island’s most fascinating inhabitants. 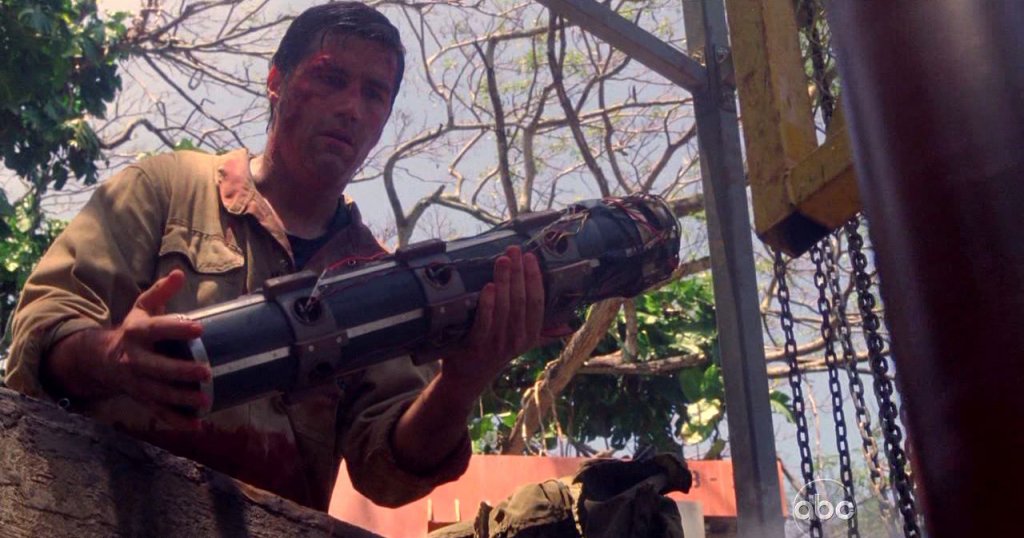 Lost’s time travel season comes to an end with a bang. Literally. When simply ‘going back’ doesn’t fix all their problems, Jack’s next big idea is to set off the nuclear bomb buried under the island. Having found a life amongst the Dharma Initiative with Juliet, Sawyer is less than thrilled with the idea. Finally, the two come to blows in a satisfying yet heartbreaking fistfight, which still ends with the island exploding and Juliet dead at the bottom of a pit. An action-packed season finale, The Incident does a great job in setting the stage for the show’s final season. 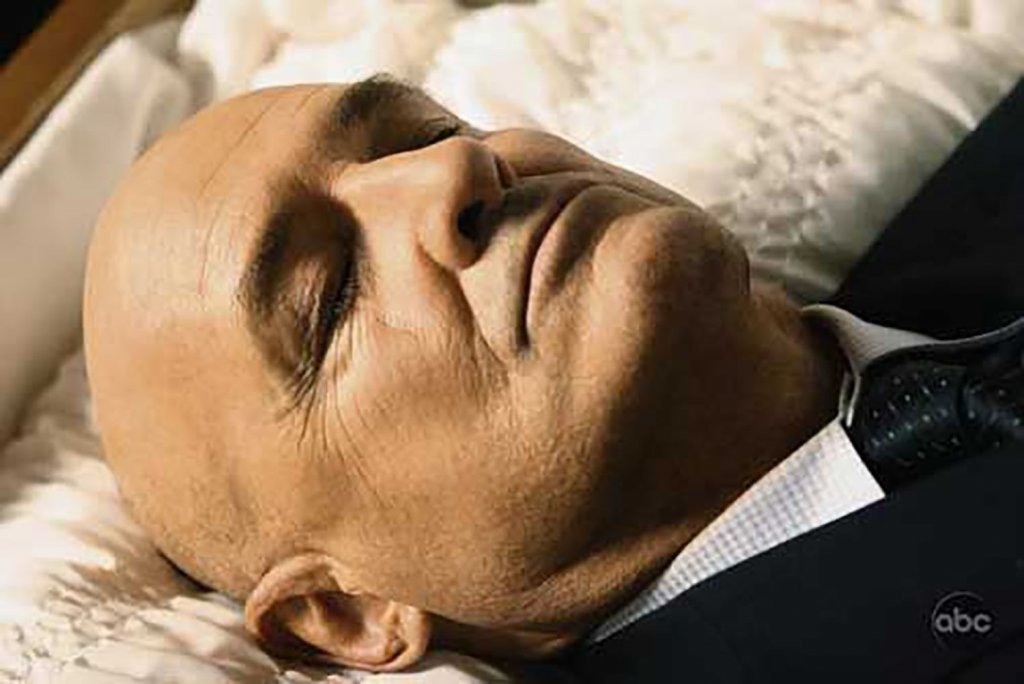 John Locke was dealt a bum hand in life. Although none of our castaways have ever had it easy, Locke’s story is by far the most tragic. Screwed over repeatedly and then crippled by his conman father, Locke thought he found purpose and meaning in the island – only for that to do him dirty too, tying him in knots in a tug-of-war between Jacob, the Smoke Monster and the Others’ constant power battles. Things only got worse once he left the island; attempting suicide in a dingy motel room, Locke’s life was saved by Ben… only for the little weasel to immediately murder him anyway. The Life and Death of Jeremy Bentham does not make for easy watching, but is incredibly powerful nevertheless. 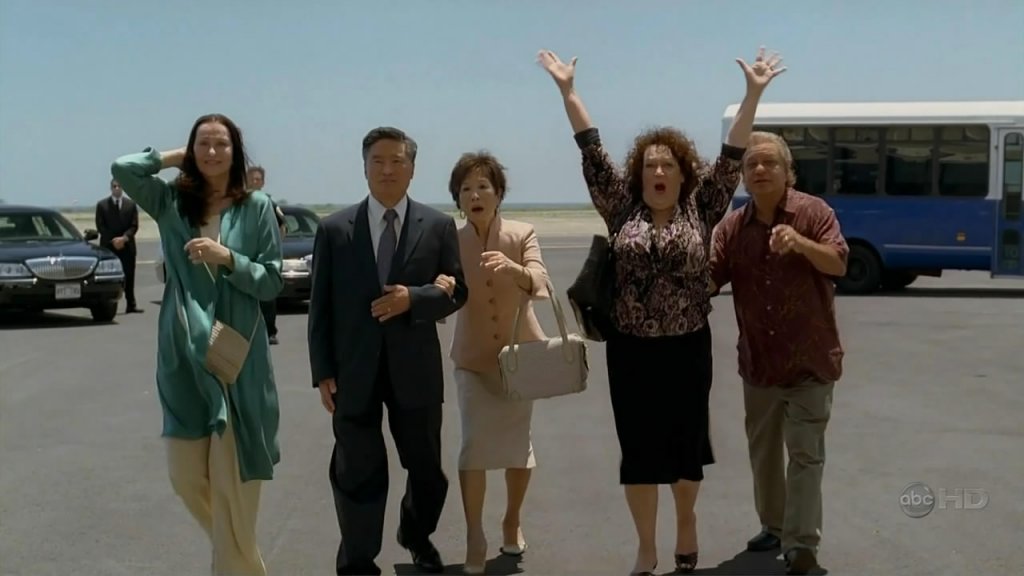 The Season 4 finale is one of the show’s weakest, but it’s worth it for the big cliffhanger. Jack, Kate, Sayid, Hurley, and Sun (plus Claire’s baaaybay) finally get off the island; a returning Michael sacrifices himself to save his friends; the freighter explodes, with Jin still on it. What will become of the castaways, both on island and off? 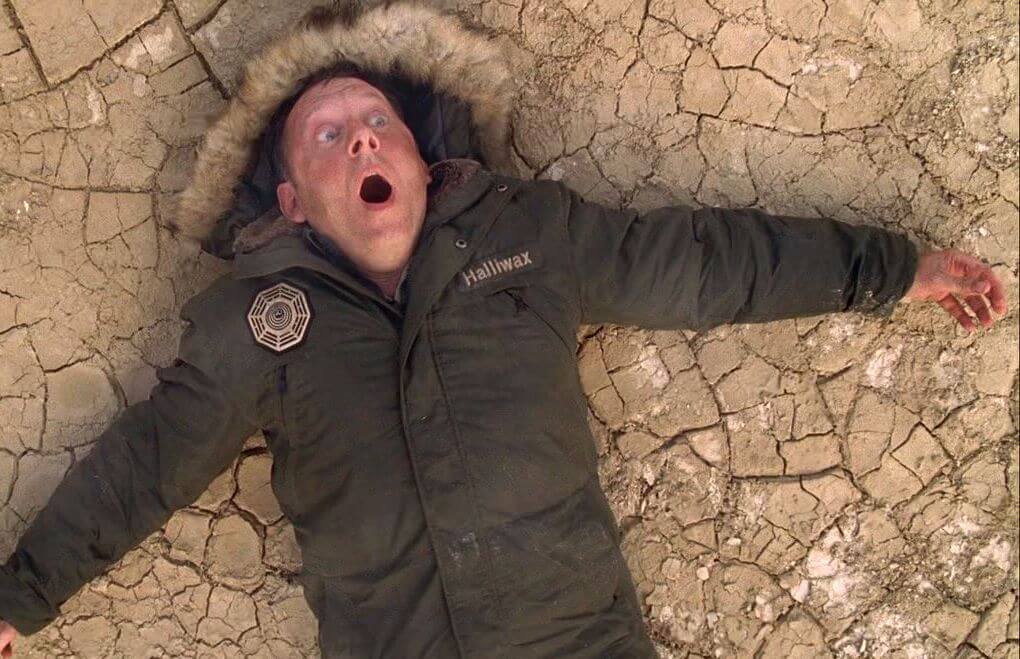 It all kicks off in Episode 9 as the intentions of those on the freighter are finally revealed. Taking Ben’s daughter Alex hostage, mercenary Martin Keamy (one of the show’s slimiest villains) demands that Ben surrender himself to Charles Whitmore’s forces. Ben refuses, resulting in one of the show’s most shocking deaths. 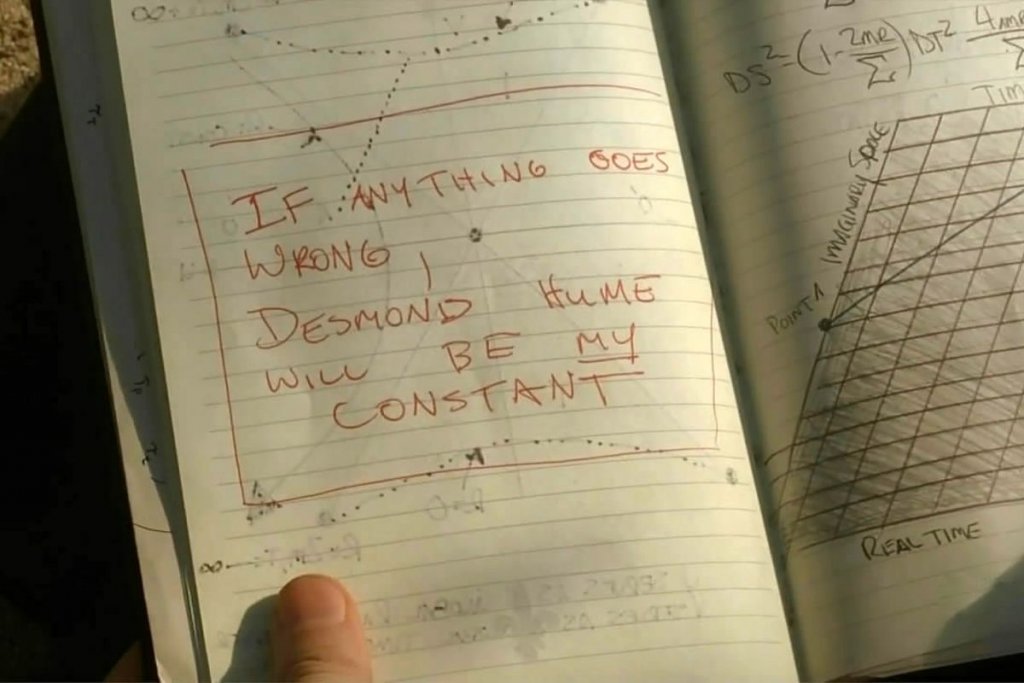 As a rule, the Desmond episodes are some of the show’s best. On the freighter with Sayid, Desmond begins to experience his own past and future simultaneously. The twisting, turning in-and-out narrative not only predicts the show’s imminent time travel shenanigans, but also serves as a neat introduction to physicist Daniel Faraday – one of the show’s most memorable characters. Best paired with Season 5’s The Variable. 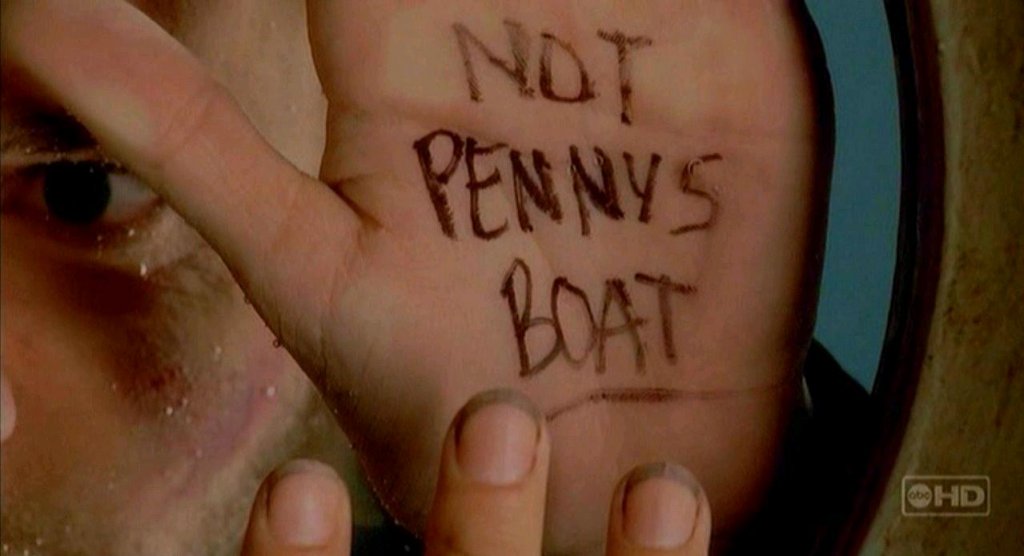 When it comes to Lost’s most iconic moments, few live up to the Season 3 finale, which delivers not one but two of the most quotable revelations in the whole show. First, the death of Charlie and “not Penny’s boat”. So, if not Desmond’s famous ex, then who? And if the demise of everyone’s favourite Driveshaft rocker (sorry Liam) wasn’t enough, we also get the iconic “We have to go back”, which reveals that the bearded Jack flashback we’ve been watching throughout the episode isn’t a flashback at all. 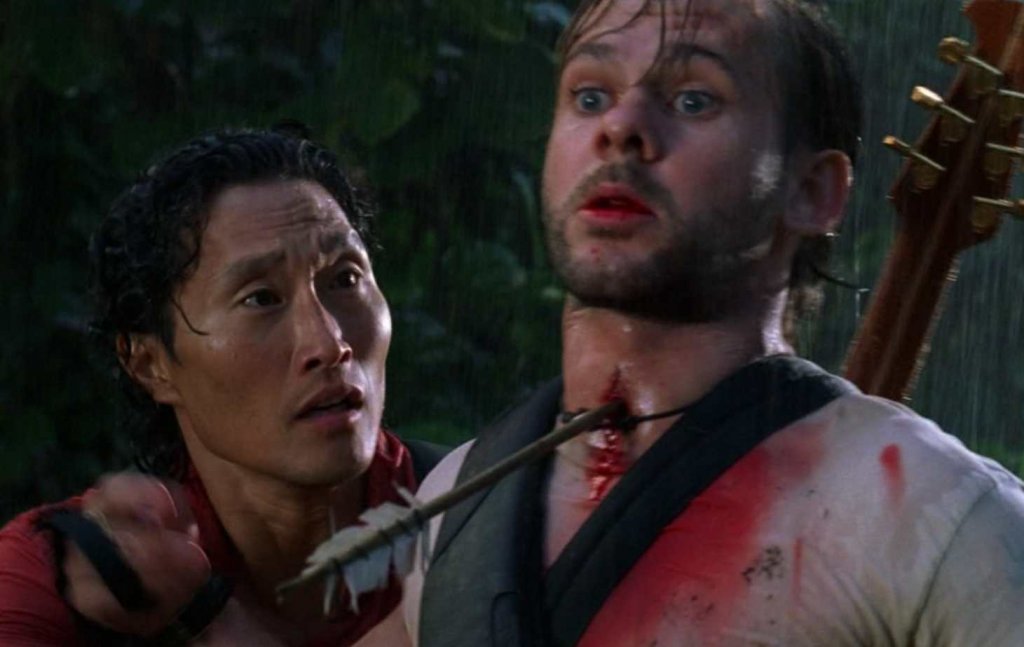 Emerging from the exploded hatch with precognitive powers, Desmond desperately tries to save Charlie from the plot of a Final Destination movie. Unfortunately, his plan to keep the Rockstar out of harm’s way hits a snag when one of his premotions suggests that Charlie’s most imminent death might be integral to their being rescued from the island – by Penny, no less. Pair with this season’s Greatest Hits for maximum effect. 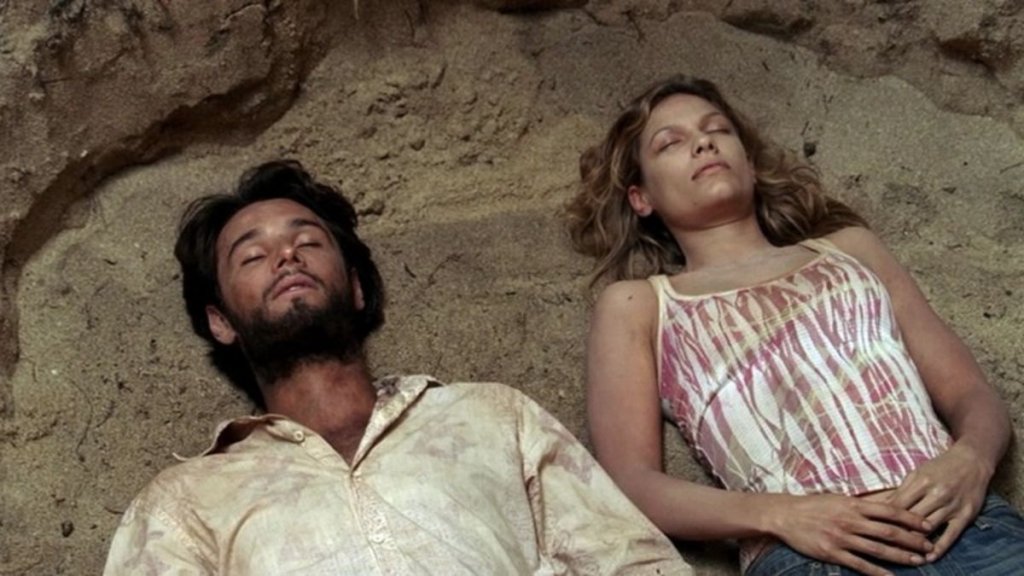 Yes, the Nikki and Paulo episode. The show’s most controversial episode takes some time off from the main story to focus on the lives – and deaths – of two characters who had only recently begun to take prominence on the island. This cheeky murder mystery is the most inessential Lost episode of all time, but also one of the most fun – ending on perhaps the show’s cruellest twist of all. It’s certainly more defensible than the episode all about Jack’s tattoos. 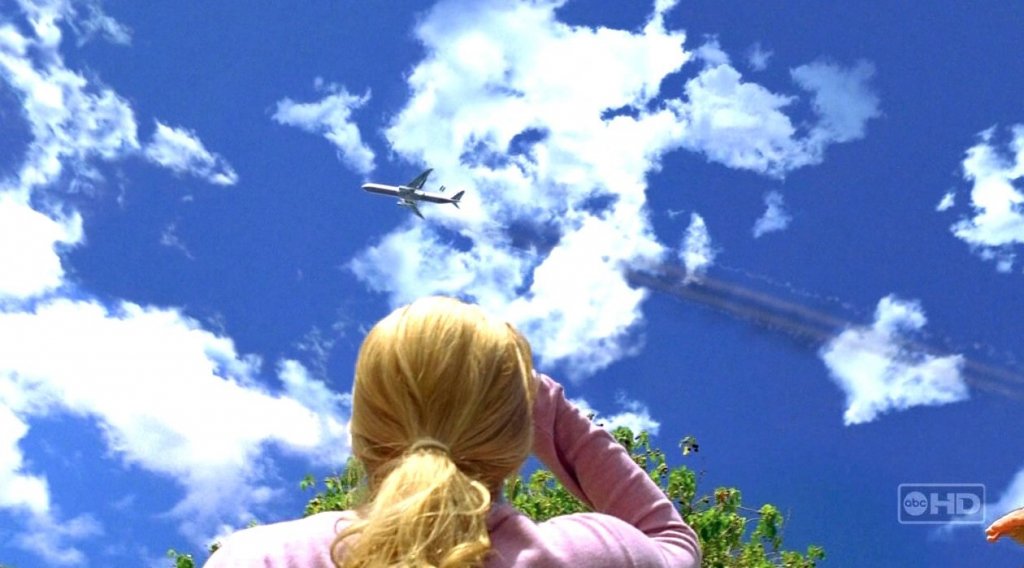 Much of the show’s third season is a bit of a slog, starting with Jack, Kate and Sawyer all locked up on the Others’ other island. Regardless, Season 3’s opening episodes serve as an interesting insight as to how the Others live. It’s also the debut of Juliet, who would turn out to be one of the show’s best characters. 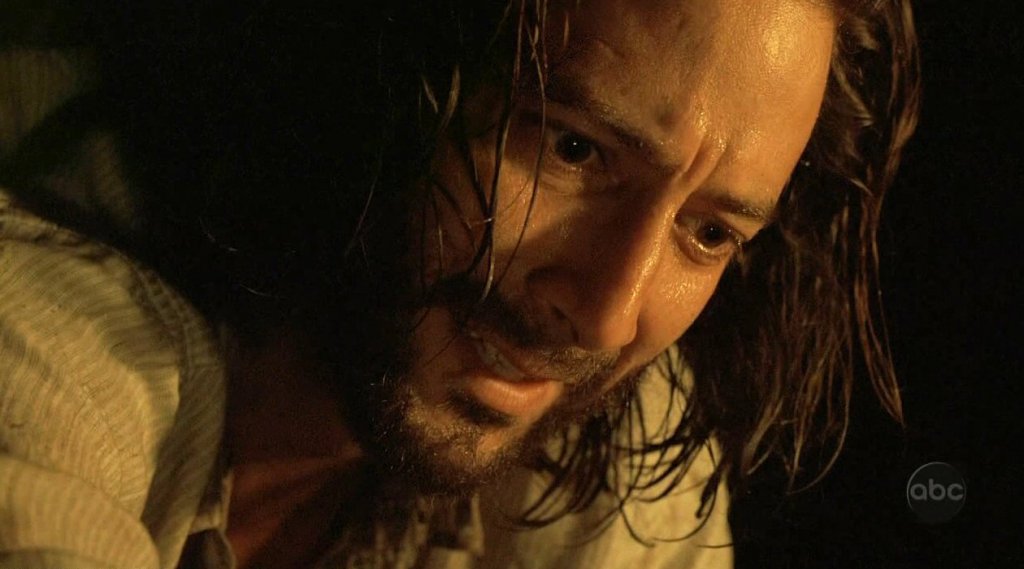 Michael’s betrayal wasn’t over yet. Working with the Others, Michael talks Jack, Kate, Sawyer and Hurley into a rescue attempt on Waaaaalt, over on the far end of the island. Although the gang quickly wise up to Michael’s deception, this doesn’t prevent them from being captured anyway – in spite of the best efforts of Sayid and his sailboat. Meanwhile at the hatch, we finally find out what happens when you stop pressing the button. 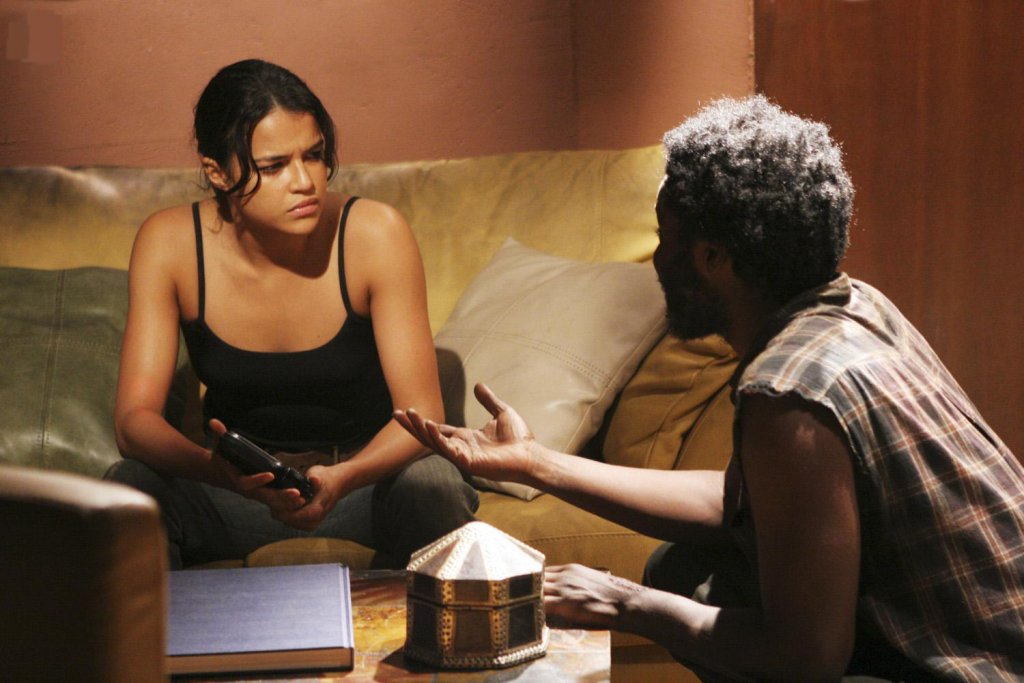 As it turns out, Anna-Lucia’s intense paranoia wasn’t so ill-founded. Captured by the Others and then blackmailed into helping free their leader, Michael returns to the camp… only to shoot dead Anna-Lucia, and Hurley’s sweetheart, Libby. Although viewers were beginning to understand that the show had no qualms about killing off core characters without warning, no-one expected them to do away with these two so soon after their introduction. 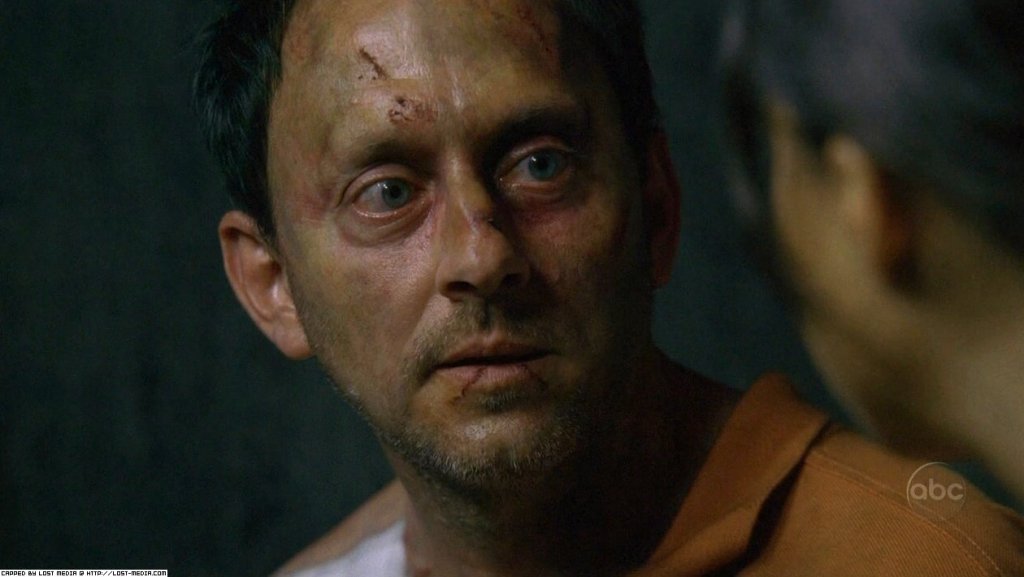 Lockdown. Locke… down, geddit? Stuck in the hatch with Ben (still calling himself Henry Gale, and fooling no-one) while the gang head out into the jungle on yet another quest, Locke is forced to turn to their weasly captive for help when the hatch starts acting up. This is a great episode for Locke, Ben and the hatch… ending with the revelation that, as suspected, Ben is not all that he claims to be. Obviously. You only have to look at the guy. 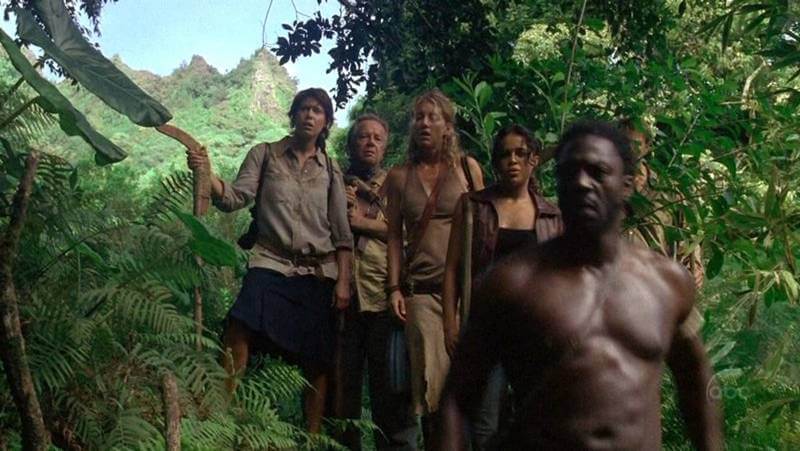 Meanwhile, on the other side of the island… the back end of the plane. With Michael, Sawyer and Jin captive at the hands of the paranoid tail-end survivors, we find out how the other half lives. It hasn’t been easy. 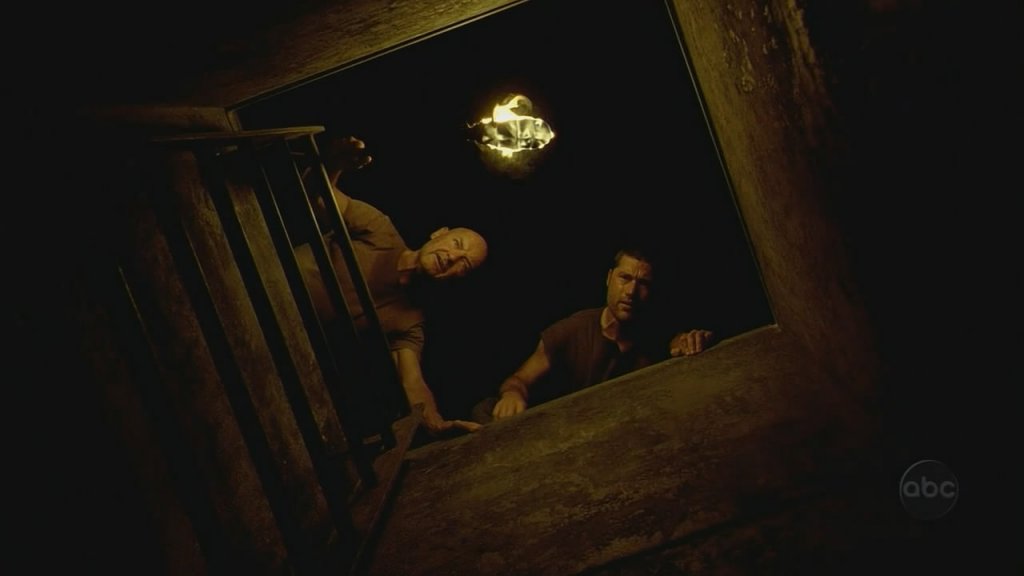 All would not be revealed in the second season’s first episode. But at least we finally found out just what – and who – is living down the hatch. Enter Desmond and his computer, opening with yet another of the series’ greatest twists. 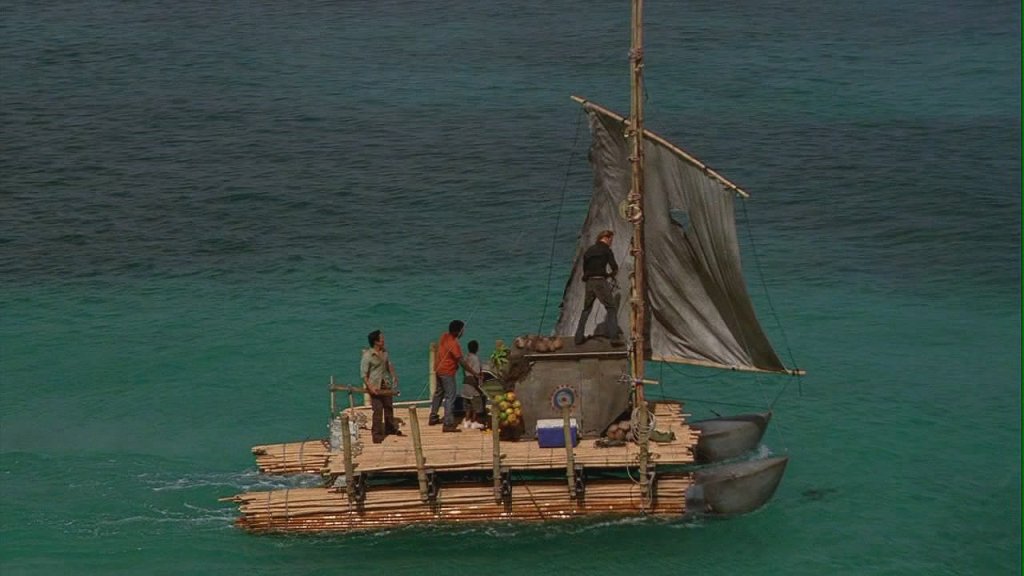 Few shows do season finales as well as Lost. These multi-part events were like mini-movies; a tradition which began with the first season’s Exodus. As Michael, Sawyer, Jin and Waaalt attempt to escape the island via raft, the rest of the gang try to open Locke’s hatch with dynamite. What follows is the most tense trek through the jungle since William Friedkin’s Sorcerer. Viewers would be left on tenterhooks with not one but two of the show’s cruelest cliffhangers. What is in the hatch? And what will become of poor Waaaaaalt? 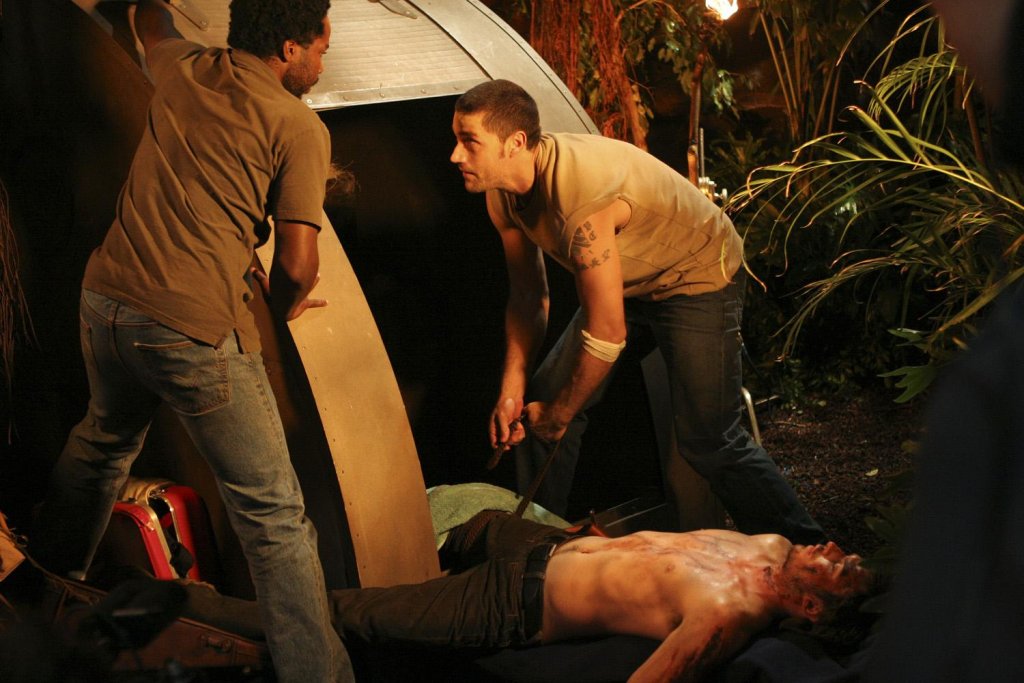 At this point, we had no idea what Lost’s long game was, nor how ruthless it could be. In Do No Harm, the show established its stakes. After falling from a cliff while rummaging about in a crashed aeroplane, Boone is grievously injured. While it would have been fun to see the character hobbling about the island on one leg, as was Jack’s original plan, he ultimately dies on the operating table – the island’s first serious casualty and major character death. 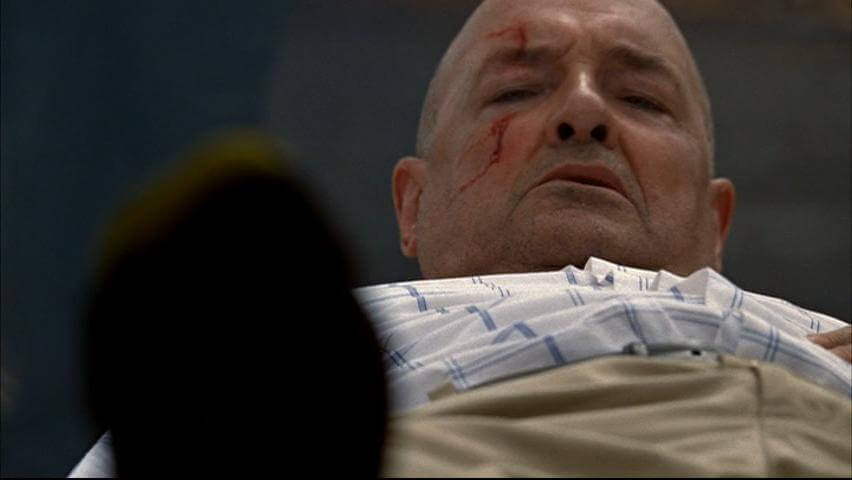 The first and best of the show’s many twists. Not only is it the first John Locke episode (always among the series’ best), but also blew viewers’ minds with a plot twist worthy of Shyamalan himself. 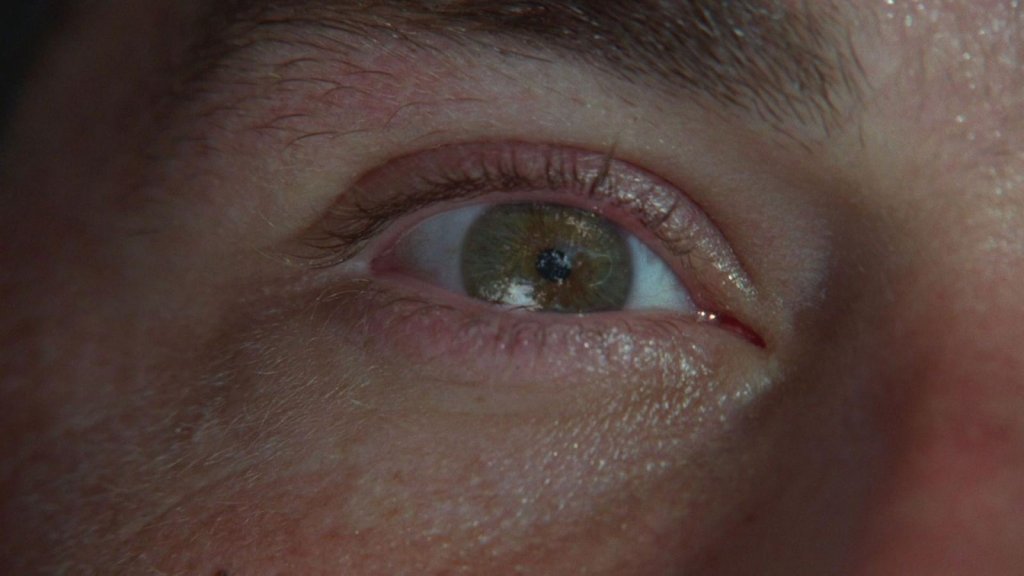 Starting at the very beginning, it’s easy to see how viewers became so quickly hooked onto the Lost formula. A plane crash on a desert island; a handsome doctor and a handful of enigmatic survivors; a dead pilot and a smoke monster. One of the most well-executed pilot episodes of all time, it plays its cards close to its chest, but slickly sets up its story and cast of characters, leaving viewers begging for more.

LOST seasons 1 – 6 are currently available to stream or buy on Prime Video.