With Johannes Roberts' 47 Meters Down: Uncaged now available on DVD, we caught up with the filmmaker to discuss the follow-up to his impressive 2017 movie, how tough it can be to sell such a dangerous shoot to actors, how he sought to make a shark movie the like of which had never been seen before, the influence of John Carpenter, and we even try and do some digging on the upcoming Resident Evil reboot that Johannes is directing.

STARBURST: 47 Meters Down: Uncaged seems like a hugely intensive and tense movie to shoot. What was the most challenging aspect of this sequel?

Johannes Roberts: Uncaged was a fucker of a movie to make. It was quite fun, because we knew so much more after doing the first one and we had a bit more money, but it had several big challenges - the first being we had to make that movie in seven months! I think I finished the sound mix two weeks before the film came out in cinemas. During the movie I had a baby, so I was actually directing that movie from the maternity ward at times because we didn’t have time to stop production. We literally set monitors up in the hospital. It was an absolutely insane production. I think we started it in December in the Dominican Republic, and it came out in August. It was just crazy. We had to build a whole underwater city. The timescale on it was insane. I really like filming underwater, it’s a really fun experience, but the tough stuff is all of the stuff on top of the water or in the jungle. It’s a real pain - it’s like doing a Werner Herzog movie. We were having to go through the bloody jungle to film this movie, and we got caught in really bad storms. That was really tough. We built that whole underwater Mayan city. [Production designer] David Bryan did an amazing job.

When they said, “Would you want to do a second one?”, I really wanted to press things further than had ever been done before. To do this as The Descent underwater, to do this underwater city, to do all this cave diving stuff, it hadn’t really been done. And that was tough. You’ve got four actresses actually cave diving, which is one of the most dangerous sports you can do. I don’t think there is anything more dangerous than cave diving. Even if it’s in a tank, they are literally doing cave diving. If you get caught down there, you’re in real trouble. Trying to record dialogue, you’ve got two cameras, you’ve got safety divers, you’ve got 20 people down there. It was fucking hard to just work out how to even film these tunnels. It was a pretty full-on thing. We had just an amazing crew – like Mark [Silk], who shot the first movie, and Bernie [Prentice] the gaffer, the entire camera team – and they just made things easier for me. Technically, nothing like this had been done before. It was cool, but I don’t think I’d necessarily want to do it again.

We couldn’t think of anything worse. When it came to assembling your cast, how hard was it to sell the film to an actor? It certainly doesn’t sound like an easy day’s work…

The younger ones were by and large fine. But yeah, you lose 50% of actors before you even start because they’re like, “No, no, I’m not doing that.” I’d been wanting to work with Sophie [Nelisse] for a long time as I’m a big fan of hers. The others, we auditioned. We got a lot of tapes. Some of the things they had to do… the cave stuff was fucking scary, and the stuff with taking their masks off. I’m an experienced diver, but that’s a pretty full-on and terrifying thing. The ocean stuff at the end with the submarine, we actually shot that for real initially. That was at the top of the shoot with Sophie and Corinne [Foxx]. They were having to bang on the glass out in the ocean, without any oxygen, and we got caught in a storm. In the end, we shot for a couple of days but then I had to scrap it and we re-did it like how we did it. I wouldn’t have done what they did. They’d never done anything like that before, so they didn’t know what they were getting in to. That was pretty scary. It’s actually the older people, like John [Corbett]. I love John, he’s the nicest guy in the world, but he fucking hated being under the water. It’s always the older people, like maybe they know that you can die here. Any chance John could not be underwater, he would definitely take. By the end of it, the girls were just blasting through it. But yeah, you don’t necessarily go, “Oh fuck, I really wanna do that movie!” 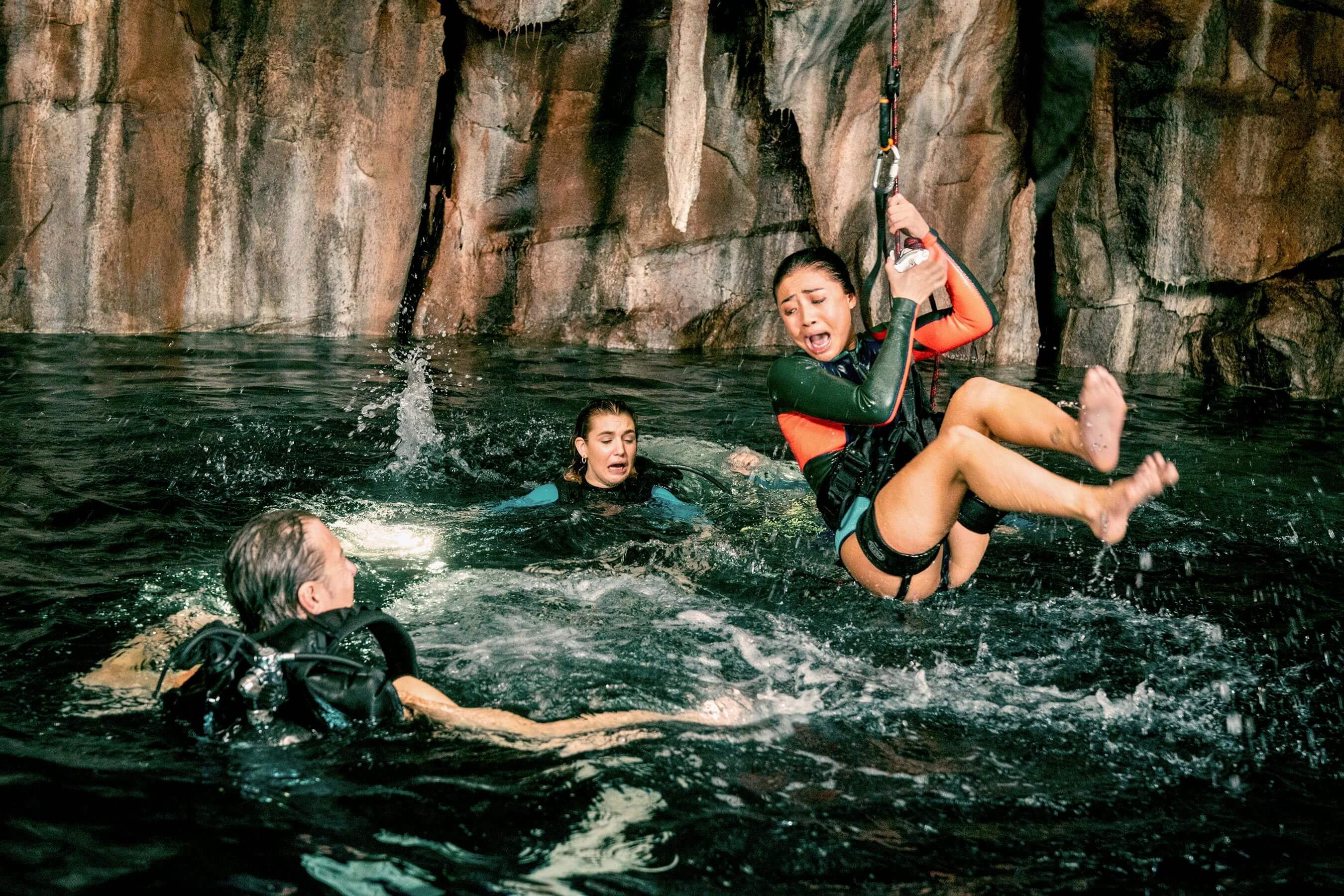 What were the major lessons you learned from the first movie that you could implement here?

The lesson I should’ve learnt is don’t do it again! Obviously I didn’t, and I did it again. We learnt so much in terms of ways of filming and lighting. For instance, Claire [Holt] and Mandy [Moore]. Claire had the blue mask and Mandy had a clear mask in the first movie. We learnt that the blue mask actually really makes it super hard to light and it’s very unflattering on the skin. I learnt a lot from the second one in terms of shooting with four people is a very dangerous thing. I would’ve liked, now in hindsight, to differentiate them even more than I did. With the first movie, because there was only two people and they were always separated, you knew you were either with Mandy or Claire and it didn’t matter whether you could see their faces or understand their voices. In hindsight, I found it’s tricky with this one in that you have to almost take the four girls as a single entity and be worried about all of them as a single entity until the end when they separate. You learn different things and you move forward, and then you step back because you’re trying different things – like trying more people underwater and then realising that, “Okay, that’s actually pretty fucking tricky to get different identities in there”.

Both 47 Meters Down movies have been largely well-received, but there’s so often a stigma attached to the shark movie subgenre. For every good shark film, there are so many awful ones. As a filmmaker, how was it to explain to people that you were making a shark movie without them immediately attaching that stigma to you?

We got that a bit on the first one, and then the first one just took off. That silenced people. I remember at the beginning of the year, if you’d have said which would be the highest grossing British movie of the year, you wouldn’t put your money on something called 47 Meters Down over Trainspotting 2. But we made more money than Trainspotting 2. It became the biggest independent movie of that year. That just silenced people on it, so when we were doing the second one, I didn’t really get much of that at all. 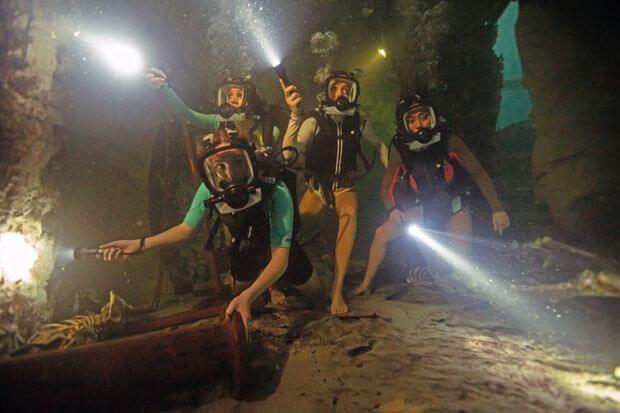 The sharks in this movie are largely different to anything we’ve seen before, with them being battle-scarred and having been forced to adapt to their environment. Is there anything particular you used as inspiration for these creatures?

With this one, we were playing around a lot. I had done a standard shark movie with the first one and I just wanted to try something a bit different - in that shark movies tend to always be the shark is so quick, it’s frantic, you’re like, “What the fuck is going on?” Because these people are all trapped down there, I wanted to do a John Carpenter movie with sharks. I wanted to do Halloween with sharks. The shark comes down a corridor slowly towards you and there’s nowhere you can go, you can’t get away. I was having fun with that and then really gnarling up the sharks. I based them on a mixture of Greenland sharks and great whites, and I came up with this new species of shark that’s evolved in these caves. I really had fun giving them their character and then shooting them in a very different way to what I had ever seen done in a shark movie. It was basically doing a slasher movie with sharks. Things like Halloween and Christine. For me, I kind of wanted to have the sequences where you see the shark before the person. It’s just behind them, it’s just gliding along. I wanted to have these sequences of it coming down corridors and there’s nowhere that you can go. I was just having fun with a Michael Myers shark.

When we last spoke to you during Strangers: Prey at Night’s release, you mentioned how you had a wish to one day tackle a Christine remake. Is that something you’ve put any more feelers out there for?

I’ll always try and persuade someone to let me do that. As I’m sitting here in my office, I have an original Christine advert from a London newspaper, and somebody’s bought me a plastic Christine assemble kit which I’ve yet to make. It’s one of those movies that I’d love to remake, and equally I probably don’t ever want to do. I love the movie so much, and it probably should be left alone. Let someone else fuck it up. I don’t know. If I could get hold of it, then maybe one day. 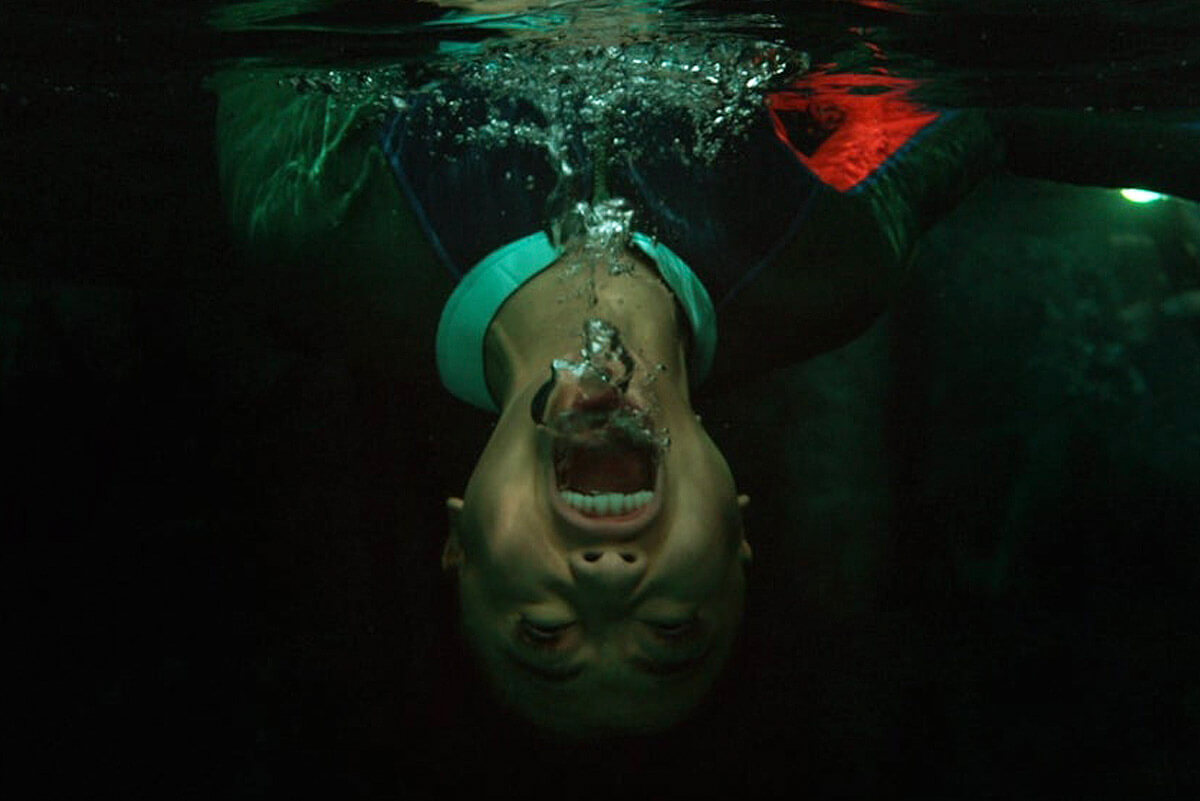 There have been two 47 Meters Down movies to date, but are there any plans in place to push forward with a third film?

We haven’t officially announced a third, but we’ve now crossed over $110 million worldwide. There will definitely be a third. I think I personally, as a director, have taken my 47 Meters Down journey to its completion, but yes, we are definitely in talks at the moment for a third one.

You’re on board to direct the upcoming reboot for the big-screen Resident Evil franchise. While you’re obviously sworn to secrecy on that project right now, is there anything you can tell us about the film?

I’m sitting in front of the script at the moment. I think that we’ll be announcing the cast pretty soon – in the next couple of weeks. We’re getting there. It’s an exciting time. It’s a really fucking great project. I don’t know what I’m allowed to say or not allowed to say. The aim for me is to return to the very classic Resident Evil tone and style. This should be a very, very scary movie.

And with that, our interview with Johannes came to an end… but not before he gave us some ‘off the record’ Resident Evil info. While we can’t go into specifics, it sounds as if franchise fans are in for an absolute treat.

47 Meters Down: Uncaged is out now on DVD – and you can find our review here.