To celebrate the UK release of his horror film The Dare, we sat down with Writer/Director Giles Alderson to talk about his feature debut, working with Richard Brake and making the transition from in front of the camera to behind it.

STARBURST: Congratulations on the film. It’s finally being released in the UK. How excited are you to share it with your home crowd?

GILES ALDERSON: Thank you! I could not be more excited to share it with the home crowd. When I started off writing The Dare it was just two ideas that I put together. And it was always British and had that British feel so to finally have it released over here is great.

You co-wrote the script with Johnny Grant – where did the idea come from and how did the project begin?

Well as I said it was two ideas that I had in my notebooks that I am constantly adding to and I put them together to start writing with my friend Johnny [Grant]. I was originally going to make it for peanuts as I just wanted to get a feature made because a lot of the time the reason you can’t make a feature is because you haven’t made one – people don’t trust you.

Even if you make one for nothing in your garden, that is better than nothing at all. Originally it was English with all English characters but then we decided it would play better if we made them all American – it also made sense to set it in America because of the location of a farmhouse in the middle of nowhere (laughs).

You started off your career in film as an actor and continue to act today. How was it making the jump from in front of the camera to behind it?

It was wonderful. I remember when I directed my first proper thing which was a pilot for the BBC and I fell in love with the idea of directing – you chose where the cameras go, you chose how things appear on screen, and it just blew my mind. I thought “oh my gosh, this could be a career”. Nothing compared to directing. So, I started directing short films and ad campaigns and here we are ten years later, and I finally have my first feature made! 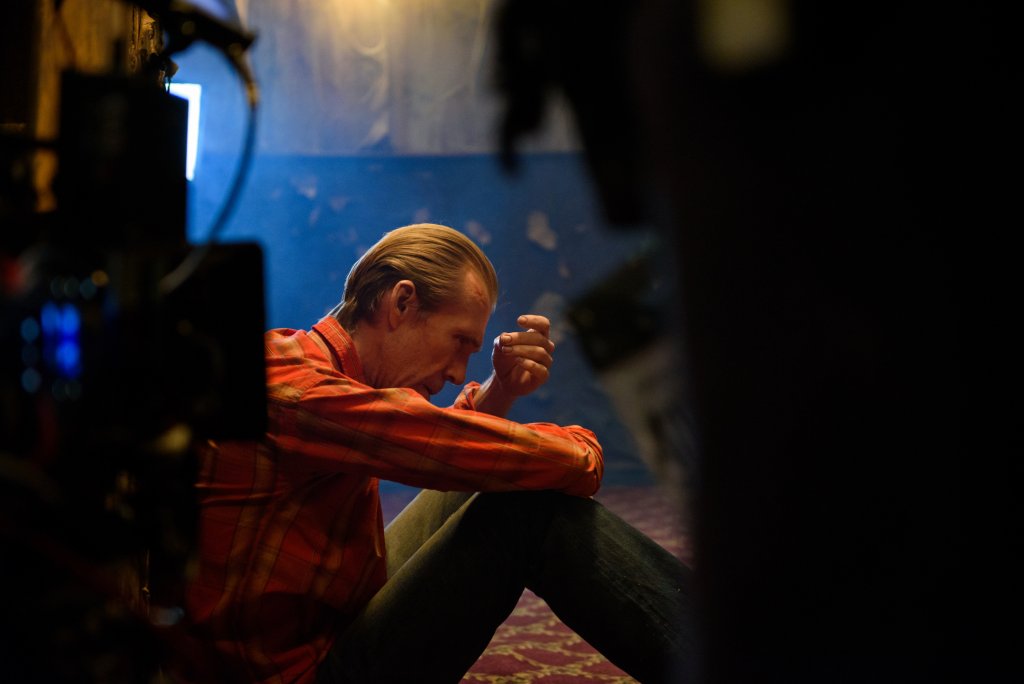 For us, the standout performer is the brilliant Richard Brake as Credence – how was it having someone of his talent on board with the project?

When we were writing it, we didn’t have specific people in mind, we just wanted to get it written first. When it all became serious and we began casting, Richard Brake was always one of the names on the list – and I soon as I knew that he was interested, he had to play Credence.

Even though Credence was written as a bigger man and bigger character, I love Richard’s work and we had a great meeting and from that moment he was my guy. When I heard he was interested I got incredibly excited about it and all the possibilities of how amazing he could be in the role.

The practical effects were great – was that always the plan for more practical over CG?

Absolutely, with The Dare, I always wanted practical from the very beginning. I actually tried so hard to not have any CG whatsoever, but obviously, with what happens in the film, you kinda have to use a least a little (laughs) – even though the actors wanted to do some of the crazy things I had planned! Sometimes as well, using a little bit of CG makes things look so much better especially when you have elements within these stunts that are completely out of your control. We had so much fun with the effects in this film.

You also recently produced the outstanding A Serial Killer’s Guide to Life – what was it like working on that?

It was incredible working with Poppy and Staten on that as I’ve known them a long, long time and I’ve worked with them before on their short This Way Out. We actually shot A Serial Killer’s Guide to Life after I had finished with The Dare so the timelines on those releases are all over the place! Filmmaking, eh? (laughs)

The Dare is out now on VOD and is released on DVD on October 12th.